Modular Combat v1.76 has been released! New gamemodes, factions, monsters, maps, and modules! What side are YOU on?

Some of you may be confused as to why we’ve been so quiet for the last few weeks – especially since we released version 1.75 – which introduced a lot of the changes we’ll be listing as version 1.76 features. The answer is embarrassing: we found a lot of bugs that were show-stoppers.

That’s a story for another time, but sufficed to say – we’ve been treating the release of v1.75 as a “public beta-test” in which we’ve worked out many, many different bugs and balance issues. Our community of dedicated players have ALWAYS been very helpful in finding these bugs and offering suggestions on how we could improve the mod – and we’ve been very grateful for their help! 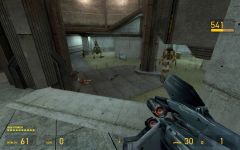 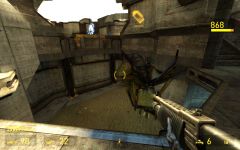 We compiled a list of every change we made to Modular Combat since our last major release (before v1.75) and it totaled to a thousand words. Who the hell wants to read all of that? So we’ve summarized it even further into the major changes. And here they are!

Wow! What a difference! If you’re one of those boring types that want to know every change we made, you can read it all here. 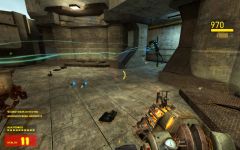 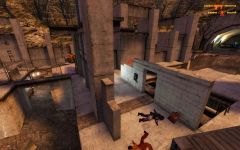 We just have a few notes for the people who have installed Modular Combat v1.75: You don’t need to download and install v1.76 because it’s a server-side only update! If you already have v1.75 installed, then you can just download the mappack and be on your merry way!

However, if you want play on your private server or in a lan with friends, then we suggest you download the full version! It’s under 50 megs!

As always, thanks for playing Moduar Combat - we can't wait to see you on the servers! Oh, and be sure to follow us on Mod DB and Twitter! Join our Steam Group for a chance to become player of the week and get interviewed by the dev team!

I just want you to know that I love you.

I guess its because I don't have episode 2, doesn't stop me from playing I guess

yea, you guys are pretty awesome. and ryswick, nice avatar.

I love this mod! Thanks guys!

Thanks for your support! Can't wait to see you on the servers.

Damn right! We'll be going on for awhile!

Looks like Half-life 2 wont die ever !!! Long live the mods !

Teleportation will always be the best.

Bah! I'm not a big fan of Teleport.

um, i found a bug already, and that is that version 176 misplaces the "gameinfo.txt" file when it installs.

nevermind, not sure what that was, but I fixed it by simply re arranging the "sourcemods" folder so that Modular Combat's folder was higher up in the list. odd. and despite errors saying it was misplaced, the info file was not. but I fixed it, no problem I guess.

Good to hear you got your issues sorted out! What did you think of the game?

Must find time to get back into this mod.
Keep up the great updates!

What the crap, all of this is old. There've already been hunters and aperture science faction. There's already been team deathmatch. Only thing new are the maps.

We've considered v1.75 to be an open beta-test...this post was to let the newer players know what has been going on.

This update looks great. I never really played much of this mod in the past, but I'm going to give this another try right now.

Great! Can't wait to have you back.

Finally got to play in a server with others...crazy game play, enjoyed it alot.

Man, I played 6 hours the other night.

Do I get AUX power when jumping the headcrap, in other words: Do I get headcrab juice.

because i kill my computer installing Game Accelerator...

:'( but i'm gonna download this with an update :D

I can't set a key to spawn a turret module. Is there a default key?

Failing that, bind a key to "+do turret" (or possibly "+do turrets") - you'll need the quote marks, as its got a space in it.