Modular Combat has some amazing features coming in v1.77, including weapon upgrades! Mod Fidelity is looking for a concept artist, development server, and some other help.

Since you last heard from us, we have focusing on how Modular Combat is being played. There is a large amount of changes that will we will be explaining to you over the next few weeks.

To get that ball rolling, I’m going to talk to you today about weapon upgrades.

For the longest time, the only way to increase your weapon damage was to upgrade the Impact module. (Passive. Increase projectile weapon damage by 7.5...75%.) Players would have to spend precious module points on this passive module in order to be able to kill faster.

It wasn’t long until the key builds were based around passive module stacking. Instead of getting creative with active modules, players focused on increasing their firepower and upgrading their damage resistance. We will be replacing the Impact module with weapon upgrades.

By default, players will receive 2 module points and 4 weapon points per level. You will be able to use these weapon points to upgrade different stats on your weapons such as damage, firing rate, recoil, and tracers.

We will also be replacing the Resistance module, but we’ll talk more about that another time. 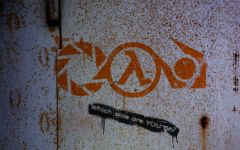 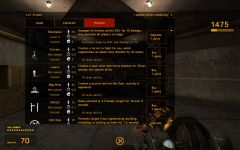 We at Mod Fidelity have spent a long time getting to know our community. To be frank, we wouldn’t be anywhere without our players. Since our release earlier this year, we have been using the Mod DB forums to communicate with you.

We’ve decided that it’s time to bring the forums back to our own website. Go check them out and sign up! There are lots of discussions going in the suggestion forums!

Over the past several weeks, members of our community have taken an interest in rebooting the Modular Combat Wiki.

A wiki is a documentation tool, and the Mod Fidelity Community has been using it to document every part of Modular Combat. The developers have also been active on the wiki and have ensured the accuracy of the module pages, but there is a lot of information that the wiki doesn’t have yet. We’re still in the growing stages. If you feel you can contribute to the Modular Combat Wiki in any way, shape, or form; please go sign up!

Modular Combat is in need of a private testing server of roughly 10-16 slots. We have tried looking for help with this, but have found none yet. If you are a server admin who might have a spare server for us, please contact us at modfidelity@gmail.com.

If you happen to run an indie game server company, even better! We love to support the little guys and would love to help promote your site. Just drop us a line!

We also need a concept artist.

We haven’t had much luck with improving the overall look of Modular Combat. What we’re looking for is a concept artist that can design some new weapons, prop models, and HUD elements. You would be responsible for taking our ideas and making art that the design team can use to make the in-game content.

Please email us at modfidelity@gmail.com with some examples of your work. Thank you!

Here’s the summary of everything that came above:

Expect us to bring you more news and information about Modular Combat v1.77 in the next few weeks!

Unfortunately, yes. We've moved to a much more advanced character system that lets us do a lot more with characters, such as stats tracking and more frequent (and efficient) auto-saving - so hopefully these things, alongside weapon upgrades and the changed passive modules, will make it 'worth it' :)

Hopefully, this will be the last required account wipe. We've moved all the character information into a database which we can easily manipulate for future upgrades.

Sorry for the quick wipe!

Yay! An account wipe! Sorry but I like these sometimes. It puts me back at the same level as others and I don't like how i set up my last character but I don't want to make a new one. Hey. Every ten levels or so can you make it possible to "respec" your moduals? I don't want it to be so often, but just if you want a change sometimes.

Oh. I'm interested in being a concept artist too. Im good at weapons, vehicles, and kinda good at creatures, but I'm not very good at human or humanoids.

Awesome, I'll be waiting till then.

You should think about trying to get into the beta. Check out the forums for more information.

Damn right it is.

Looking forward to the update! An improved character system would be a very welcome addition. Keep it up!

Just wait until you hear the details! Alternatively, you can check out the forums to see what's in store!

If I can get a break from work, I'll do it. I've got so much free time to spare, it's not even funny.