Modular Combat gets a shiny new update and Matthew Dryden talks a bit about the development of 2.0.1 and Mod Fidelity’s partnership with Art of Ascension.

Posted by matthewdryden on Aug 8th, 2010

Modular Combat has come a long way in the last two years.

We fought our way past initial criticism because we, as developers, believed in the validity of the game play. Winston and I knew that we had something special here; something that nobody else was doing. Under the Mod Fidelity name, we did something that HL2 developer had ever done: be a part of their own community. We listened to you and made the changes you wanted to see.

Modular Combat 2.0.1 is no different. You told us that the game was too buggy and unbalanced. We listened. Presenting...

The biggest thing about Modular Combat 2.0.1 is the ability to create new monster types. We’ve included a few of these new monsters as examples. The Charger, for example, is a hunter that never uses the hunter darts. We will be providing a tutorial on how to create your own monsters very, very soon (along with some other important tutorials). 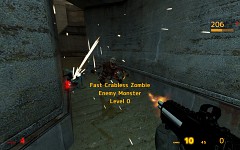 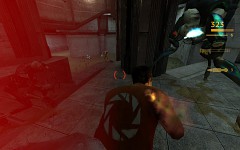 The main focus on 2.0.1 was to take the game we have now and make it better. We also wanted to take some of the key minor features of v1.77 and incorporate it into the game.

Here is a full changelist:

Before you go ahead and download Modular Combat, please read the next part of this post and let us know what you think.

Mod Fidelity... and Art of Ascension?

If you’ve taken a look at our developer profile here on Mod DB, you will have noticed that Mod Fidelity is now partnered with Art of Ascension, another Action RPG mod that is being developed for Half-Life 2.

So why partner with Art of Ascension? Don’t you want people to play Modular Combat?

Just over 6 months ago I approached bloodykenny, the developer of AoA, proposing that we partner up. Why? Because I want to give Art of Ascension more exposure. I think that what bloodykenny does with the game is incredible and if you haven’t given it a shot, you should definitely try it out.

I’ve chosen to partner up with Art of Ascension because I believe in community more than anything else. I believe that we as developers need to support each other because there are many, many amazing mods out there that are under-exposed.

With this, I am issuing a challenge to all the high-profile developers here on Mod DB:

Find a mod in your genre (read: your competition), or a mod that you absolutely love that is extremely under-exposed and show them some love through your own profile with a well-written news post.

As for myself, I will be doing some promotional work for Art of Ascension over the next few months because I believe in the mod and its game play. That being said...


We’ll see you on the servers!

Looking forward to getting back into this mod with the new release, and I'm also very pleased to see you and AoA teaming up, there is no competition in game development, your collaborating or your not, but if there is one thing you learn fast in game development it's that publishers compete, development is a solely creative process...

I've tried AoA, but it just takes way too long to level up and their class system is too restricting.

I'm not going to lie, your absolutely right...

"Server owners can now create new monster types (including custom skins & models)" How can we do that??

Too bad there are only about 4-5 people playing AOA... I am lvl 28(nickname-> Awesome Ninja =) and my friend (nickname -> Stratek) is lvl 29, but we stopped playing because there are literally NO ONE playing it =(... That's why we switched to MC. We also switched to MC because it's "low-level friendly" gametype. You can insta kill a high level with a propm while in AOA you could go nuts on a guy, and nothing would happen...
I may sound negative, but I recognize the diversity of AOA abilities in overall.
ANYWAYS!... I'm not here to criticize, that's just my 2 cents. Good to see a patch for MC, and the futur ability to add mosters (L4D tank here I come....).

Very happy to hear about the ability for custom skins and models for enemies. I really only want to see 2 things for Modular Combat. 1 is more enemy types and variety and 2 is more boss battles. I like the antilion guard but would love to see more bigger/harder enemies come out from time to time to spice things up :)