This summary has to be at least 50 characters long so that's why this is here.


Well, it's been a while since the last news post, huh?
Today, I'm writing to keep you guys in the loop and keep development as transparent as I can!

From this news post, we won't be updating the ModDB page for the time being.

This doesn't mean anything bad!

Development is better than ever and we're making great progress on v2.0.

My reasoning behind this is that I feel as if we've started to desensitise you guys to new content, and as we're not at the point in development yet where we want to start building anticipation for release, I would like to focus less on the outward-image of Redux and more on getting the content you guys want, cemented into the mod.

So, for a while, I won't be posting updates to the ModDB page. This will hopefully mean less 'spoiled' (e.g. previously seen) content for you all to experience either closer to release or in the mod itself, too!

I will still be checking back all the time to reply to comments and questions, so don't worry, we're not abandoning the page!

Once we get further in development, we'll be bringing back the ModDB page with a vengeance, including an entirely-new page design, v2.0 feature posts, and maybe, if you're all good, a gameplay video of v2.0!

Keeping up to date with Redux


If you're a true Stalker and would like to keep up to date on development with the ModDB page inactive, you can check out our new Dev Logs!

I'm writing daily or every-other-day dev logs, giving an inside look into what the team (especially me) is up to! Exclusive stuff you won't find anywhere else! Check back every day just in case!

You can also find me on Twitter, talking about what I'm working on and generally talking Redux stuff, as well as other (hopefully) interesting game-related subject matter!

That's about it for today!
Remember - check often for Redux Dev Logs, follow me on Twitter for the latest Redux news, and stay safe out there in the Zone! 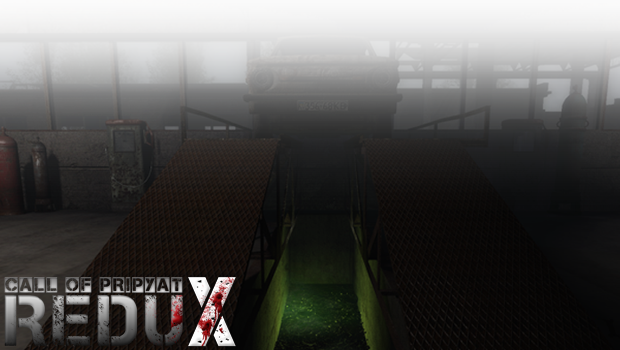 Well good luck to you guys, all the best wishes to fellow stalkers!

this will eventually become STALKER 1.5 (of cause is not STALKER 2)
but heavy modling job and build new building and many more,there are going to revive once again

I can't wait for 2.0. Really been craving a new CoP mod.
I've played through SoC at least 20 times thanks to various mods, but definitely can't say the same about CoP. Misery 1 was pretty okay, especially after outside patches, and Misery 2 and 2.2 were ******* awful (though some outside patches fixed a lot of my gripes with it).

Redux, despite not changing a huge amount, is still probably my favourite CoP mod to date. Really cannot wait for 2.0. I have high hopes for it, though at the very least I doubt you guys can possibly disappoint me more than Misery 2, haha.