A new version of Might & Magic: Heroes 5.5 is ready for download but as mentioned in my previous article it is currently called beta and Creaturepedia is not yet included. Despite the fact that it is called beta it should have less bugs than any previous versions, since I did fixed many additional bugs in this version and also improved all spell descriptions. Since this is the first version that increases the level cap of heroes to 99, I cannot be 100% confident there are no issues with it, but I did not encounter any issues while playing with it myself, so we’ll see. Most of the balance updates were explained in my previous article, so in these release notes I will primarily discuss new features.

The Arcane eagle is a new Academy creature in MMH7 and will now also make its way into MMH55. Quote from MMH7 Lore:

‘In his treatise “On the Nature of the Spirit World”, the great scholar Sar-Aggreth made a tentative classification of Spirits. He noticed that greater Spirits often took the form of majestic birds. It is therefore no surprise that when Wizards of House Anima tried to materialize the most powerful energies of the Plane of Magic, the resulting beings looked like majestic eagles of pure mana.’ 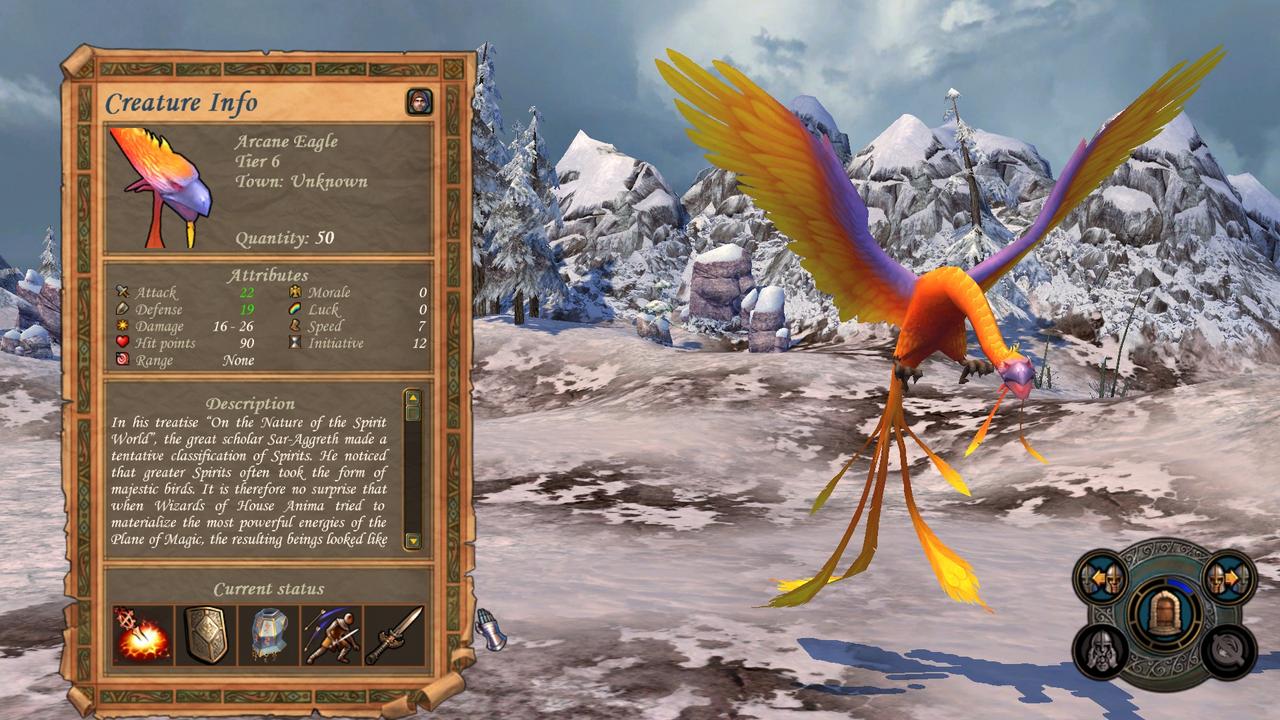 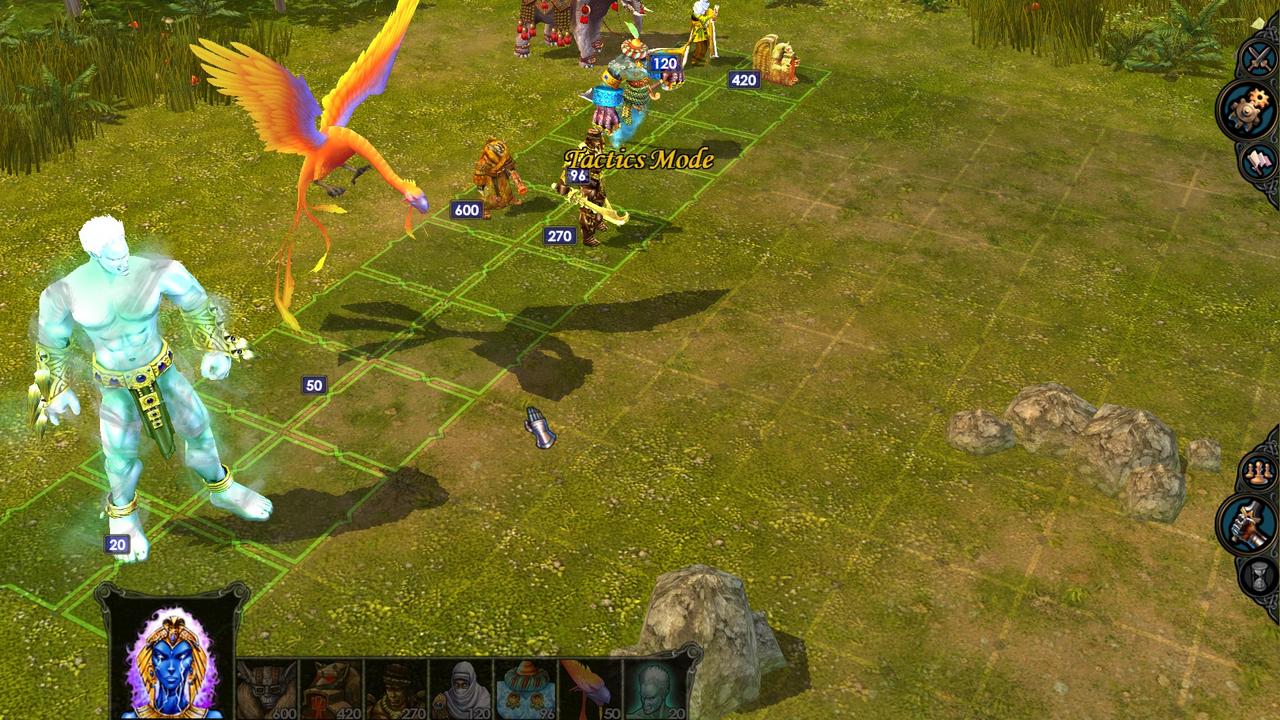 The process of summoning elementals with shatter skills is significantly improved and much better connected to Ashan Lore. Also now every faction has its own unique summoned creature, not used by the other factions. So technically every faction has 8 creatures and it is not just elementals anymore. The eagle was added to the game to make this possible and the heroes that had Manticore & Mummy specializations are modified, because now all heroes of those factions will get those creatures. The wolf was moved to sylvan because it fitted there esthetically much better. Fortress now uses air elementals because it is lore wise allowed and complements them much better from gameplay perspective. Haven uses water elementals for same reason (no destructive creatures in faction). The creatures are then divided as follows: Academy (Arcane Eagle), Haven (Water Elemental), Inferno (Fire Elemental), Sylvan (Wolf), Necropolis (Mummy), Dungeon (Manticore), Fortress (Air Elemental), Stronghold (Earth Elemental). 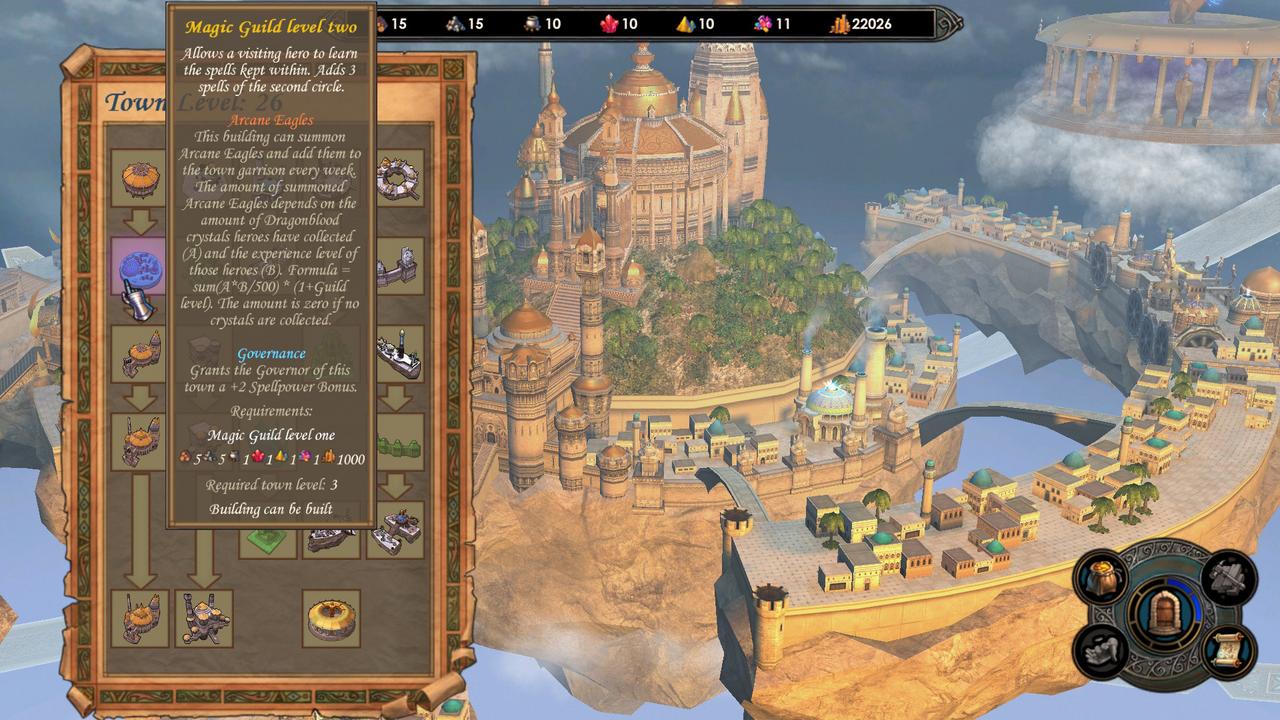 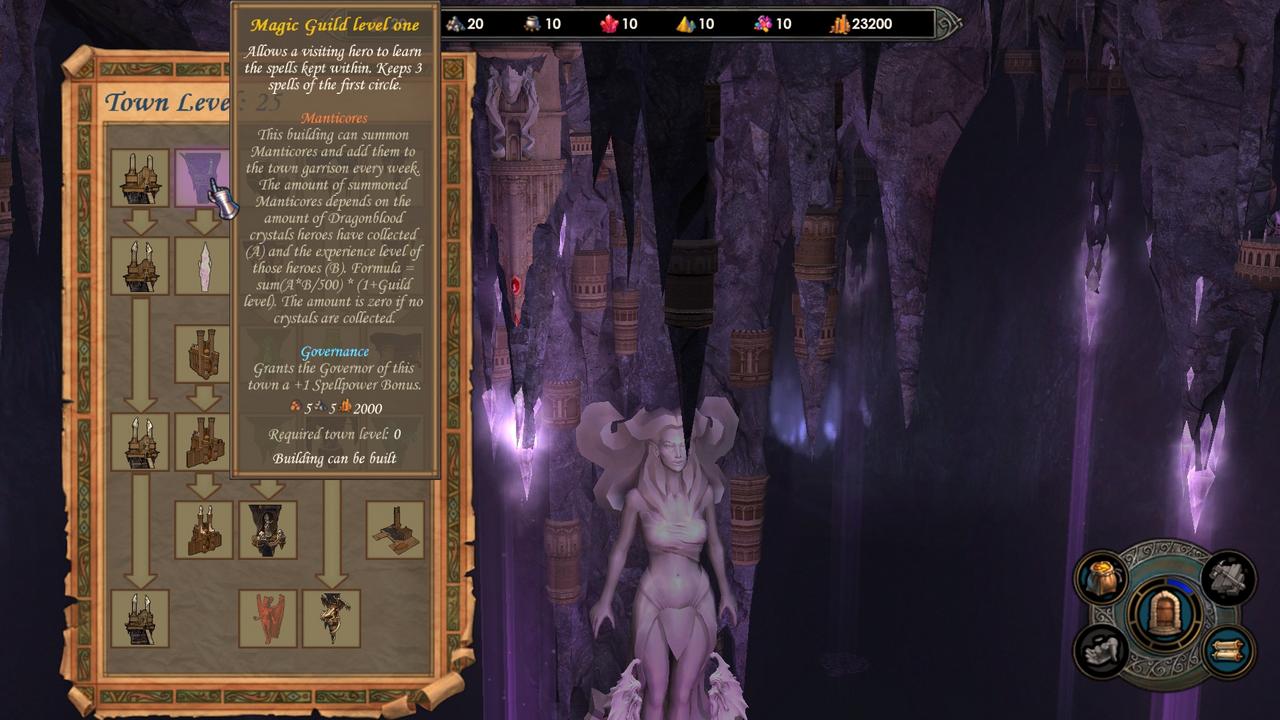 In previous versions of MMH5.5, the Duel mode was pretty much broken, since no modifications were made to adjust it to the new class system. In this version, thanks to Skeggy, the Duel mode will be fully restored and will be more balanced than the previous version. Remember you can also play duel mode against the AI, even though it is categorized under multiplayer. Activate auto combat for the army you don’t want to play immediately after the battle starts. 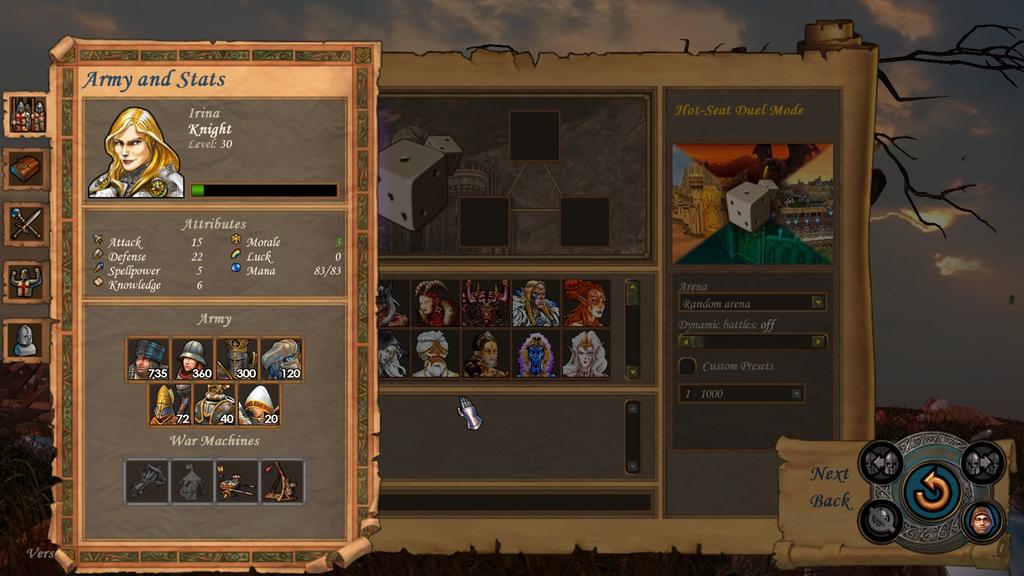 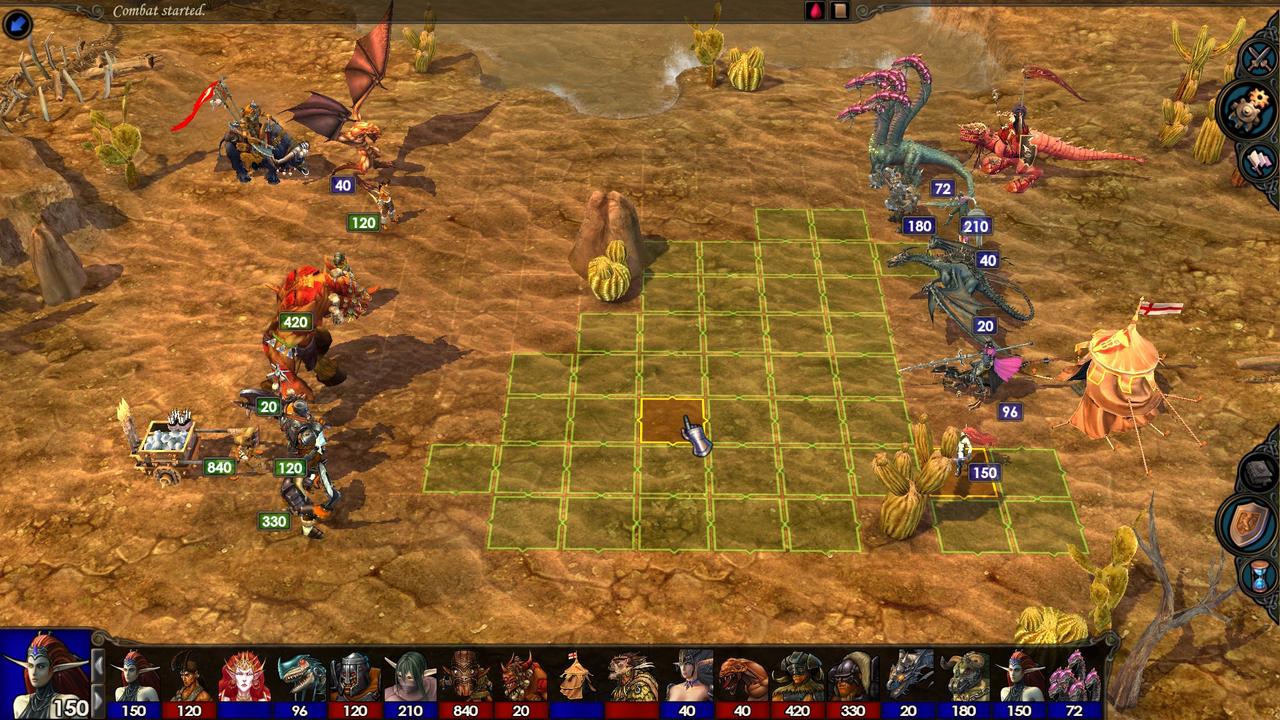 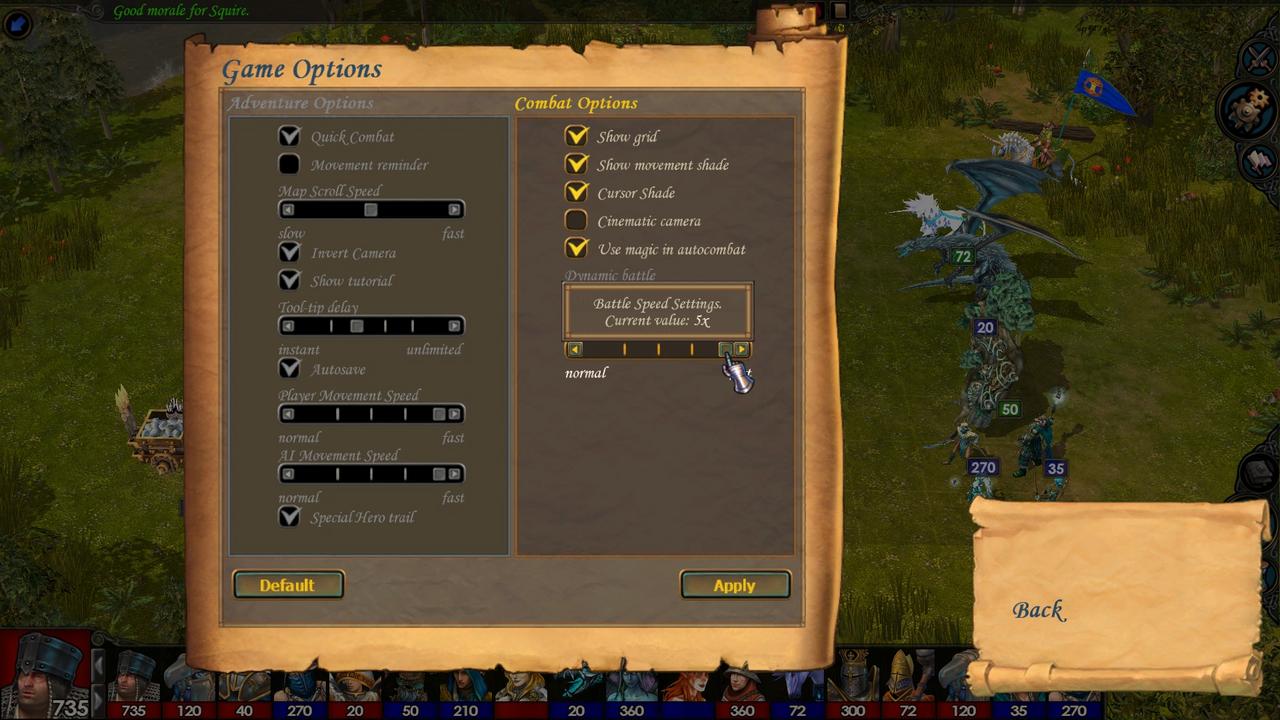 I would like to add an additional notification recently a french translation of the mod was added to the addon section, so currently the mod is translated in russian, polish, french & czech. However the coverage of all those translations will probably drop ~10-15% for this beta release. I will post more useful info for translators on heroescommunity.

Another great update. Keep it up.

Does this mean no rakasha rani/raja? Because those were my favorite units in the game.

All races now have 8 types of creatures instead of 7. But you can hire only 7 types. The 8th can be received by skills and abilities.

Ring of life is broken!! If you have two in inventory and 30 knowledge, you resurrect 120% of fallen T1 creatures!!

I will check it

What's the motivation to disable gating for succubi mistresses - I guess gating is quite powerful but I'd rather see a percentage change than taking a tier out of the game. Thanks for the great work guys

That was unintentional and will be fixed

Hi there, some more thoughts on the Beta

Besides the gating error, we checked on the resource artifacts and they didn't seem to work as described.

There were no additional resources available, tested on different heroes with a single resource artifact and in combination.

Necromancer is still quite powerful and dark magic spells might still be too cheap, especially raise dead

necro towns are currently cheaper (gold) than others, this is being worked on.

Hello how you can gather\gain Dragonblood crystal?

Thanks for this amazing work ! <3

read description in skillwheel of shatter perks and summoning perks

You could make new faction :D it would be great
*_*

Dude this is so great mod ever for MMH, Keep it up.

Hi, I would like to congratulate you for this new version of H5. I'm an old fan of H3 and H5 and really appreciate your work (especialy to boost the IA). Many thanks again !!!

Such an amazing mod! So are the elemental/creatures a part of the faction creatures as far as morale is concerned, or will having water elementals in the army still remove the bonus morale from not having all Haven troops?

All magic guild creatures are moral neutral and are not considered part of the faction for the calculation of moral points. In few words - having them in the army will remove the "all same faction" moral bonus.