For our fourth profile, we look at the character art development of the Tinker!

Welcome to the next character in our Development Profile series.

For our fourth profile, we’ll look at the character art development of the Tinker! 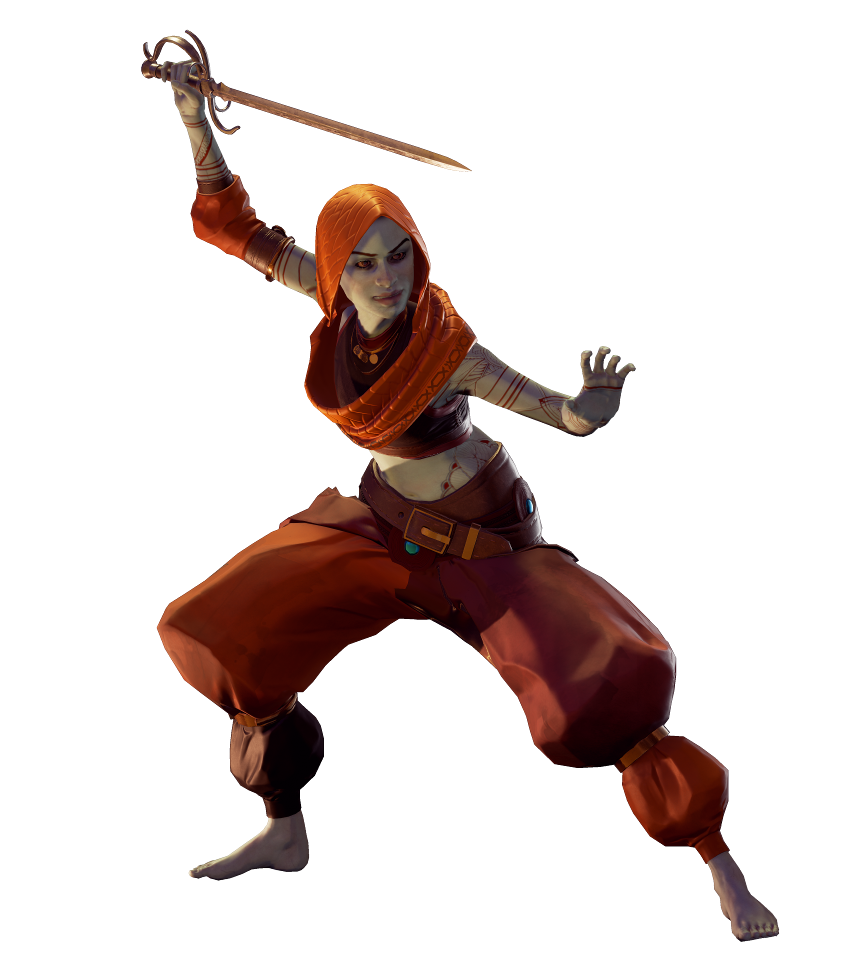 The original concept for the Tinker class began as a Scout: a light, swift warrior intended to have an unusual animal companion, though her concept quickly evolved into a Trapper. With her role defined in lore as a mechanical master of Jinn-tech, Tinkers create and maintain the infrastructure of city of Bashrahn. Recruited from the city’s orphans, our two Tinkers are teenage girls from opposing factions and forego armour entirely.

To help identify her as the Trapper class from a distance, the Tinker’s core silhouette was made into a triangle. 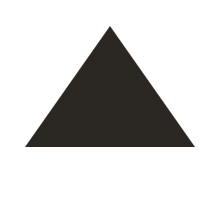 We initially envisioned her as a nerdy, yet streetwise rogue so it seemed natural that she have drapey, loose fitting clothes. This helped guide our decision to give her a low profile, and to pull in some references from modern clothing styles like Demobaza, giving her a more youthful appearance. She’s the smallest character, and because her role within the world is as an engineer, we decided to develop a design language for the creations both on her character, and within the world. We dubbed these items (such as the pushable object containing jinn) “Tinker-Tech”.

Her clothing is also inspired by traditional garb, focusing on a combination of loose and tight articles made from flowing cloth. 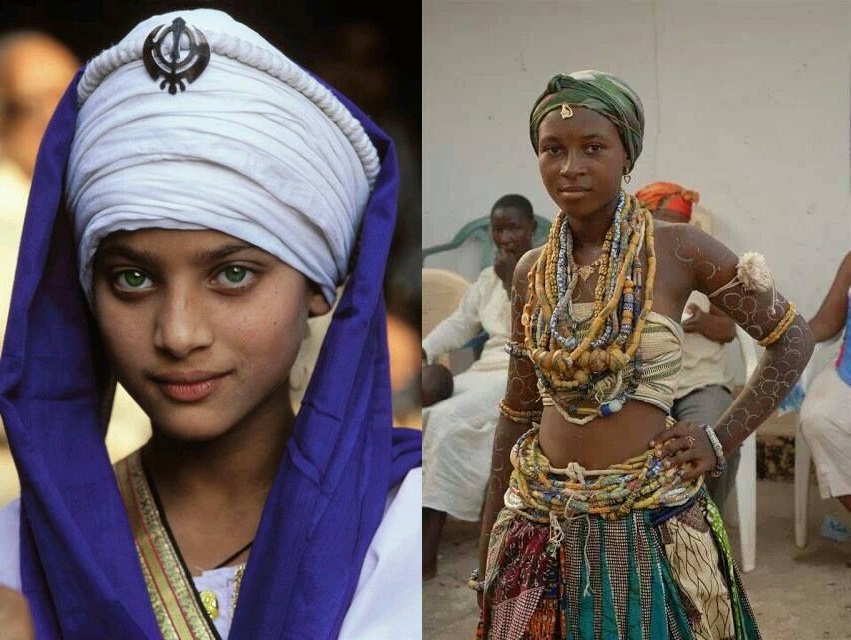 Her fighting style is more of a calculated fencer, with devious traps and precisely-timed movement abilities that can get her into and out of a fight. She likes to taunt her enemy into a rage and fight them on her terms.

While the concept artwork was finalized, the personalities of the Bashrahni and Azar trapper were solidified.

The Bashrahni Tinker would be a peppy, upbeat girl-scout, while her Azar counterpart would be a jaded, moody teenager, hardened from life on the streets.
Once a silhouette was chosen, concept art began to be generated. We started through lots of thumbnails and sketches. 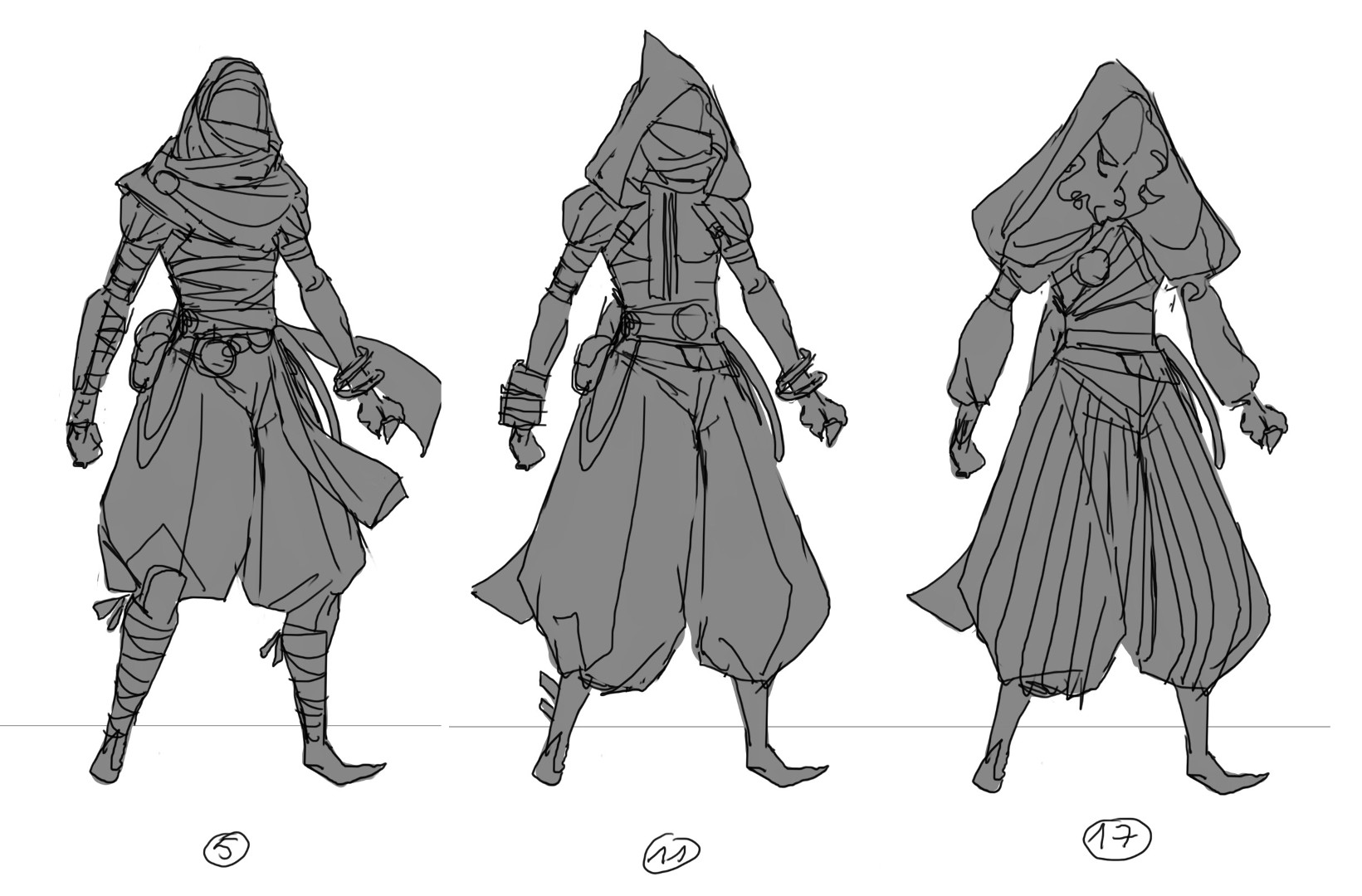 Her design progressed from simple sketches to more detailed concepts, adding layered cloth to define to her unique, triangular shape.

Some character inspirations for this class: 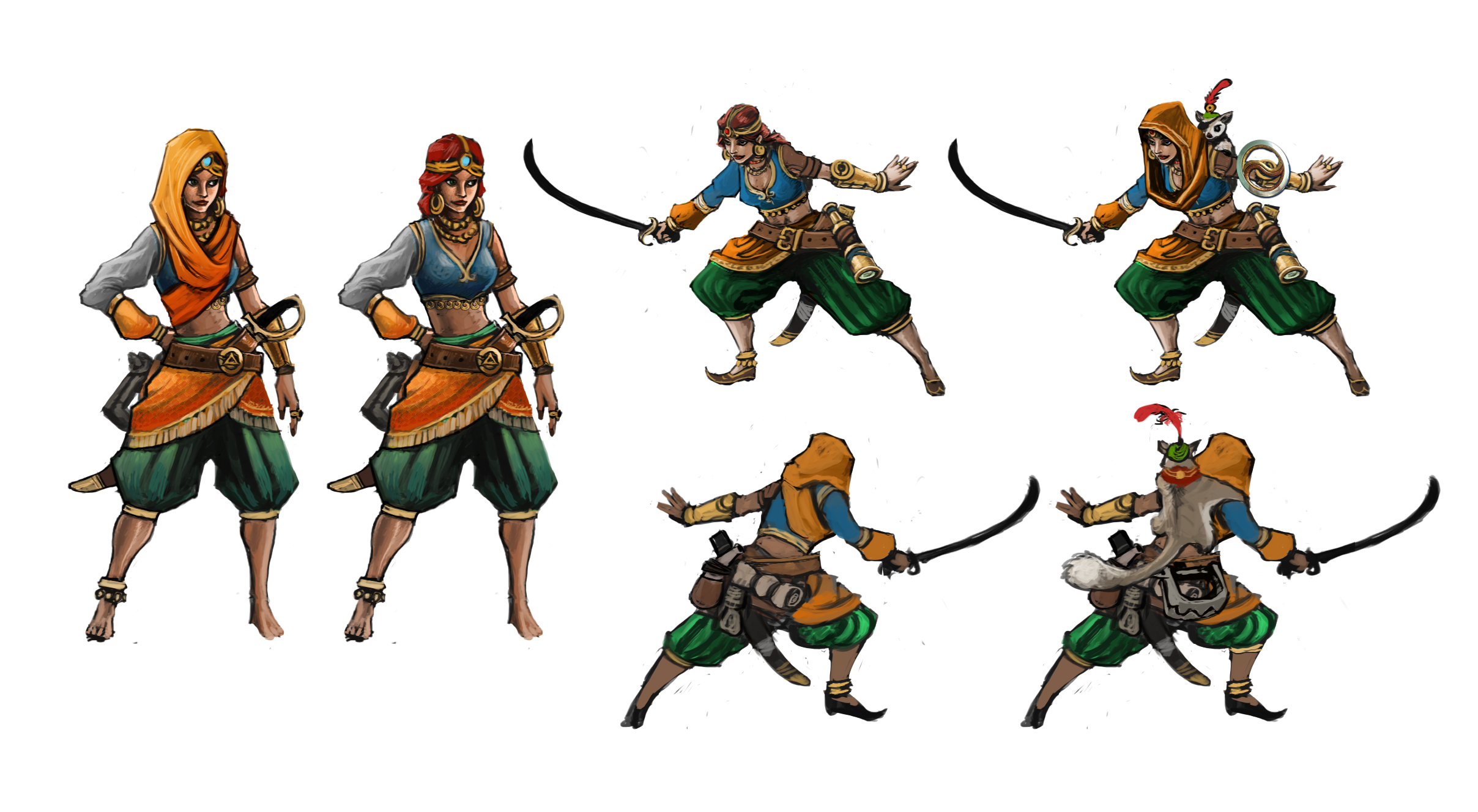 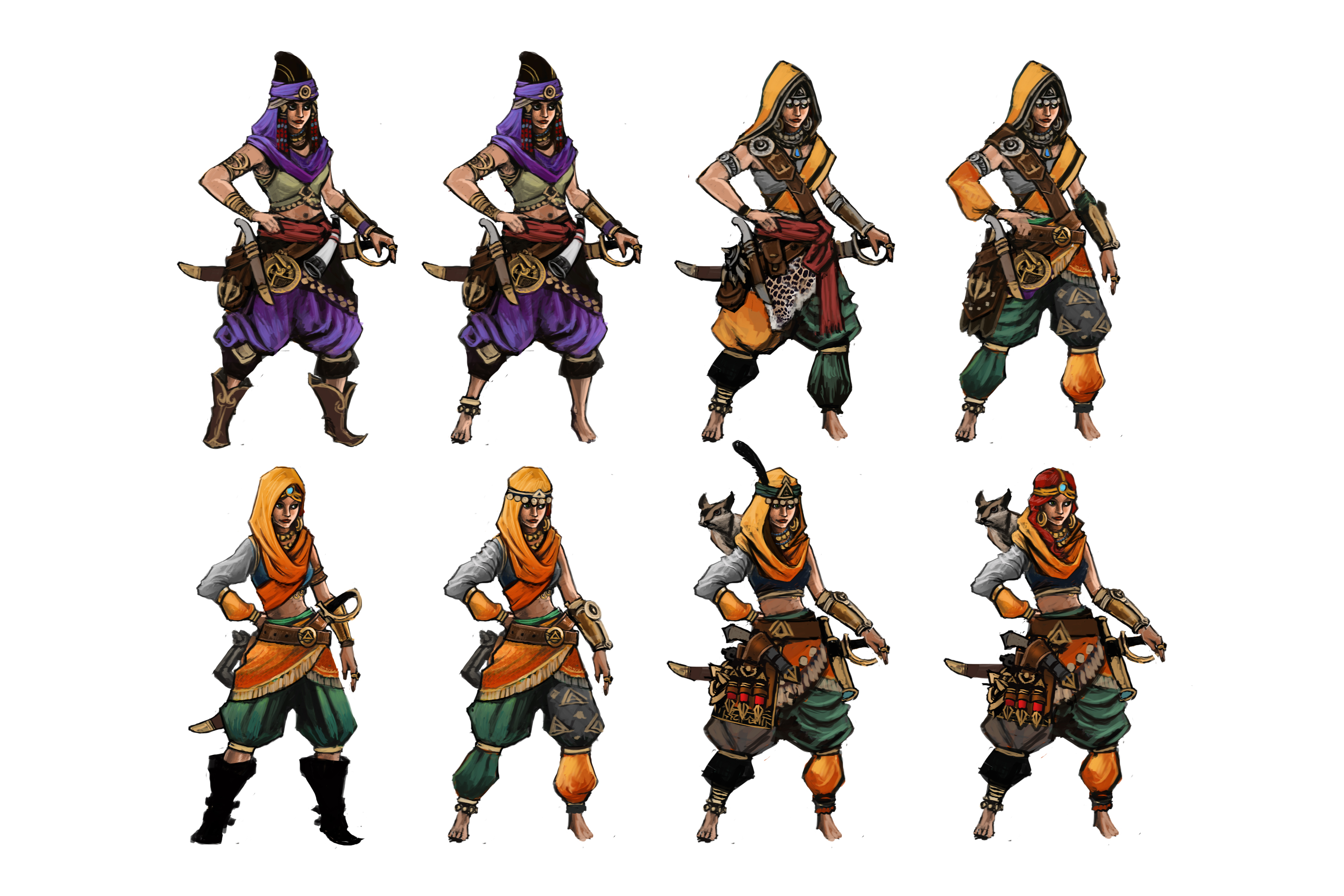 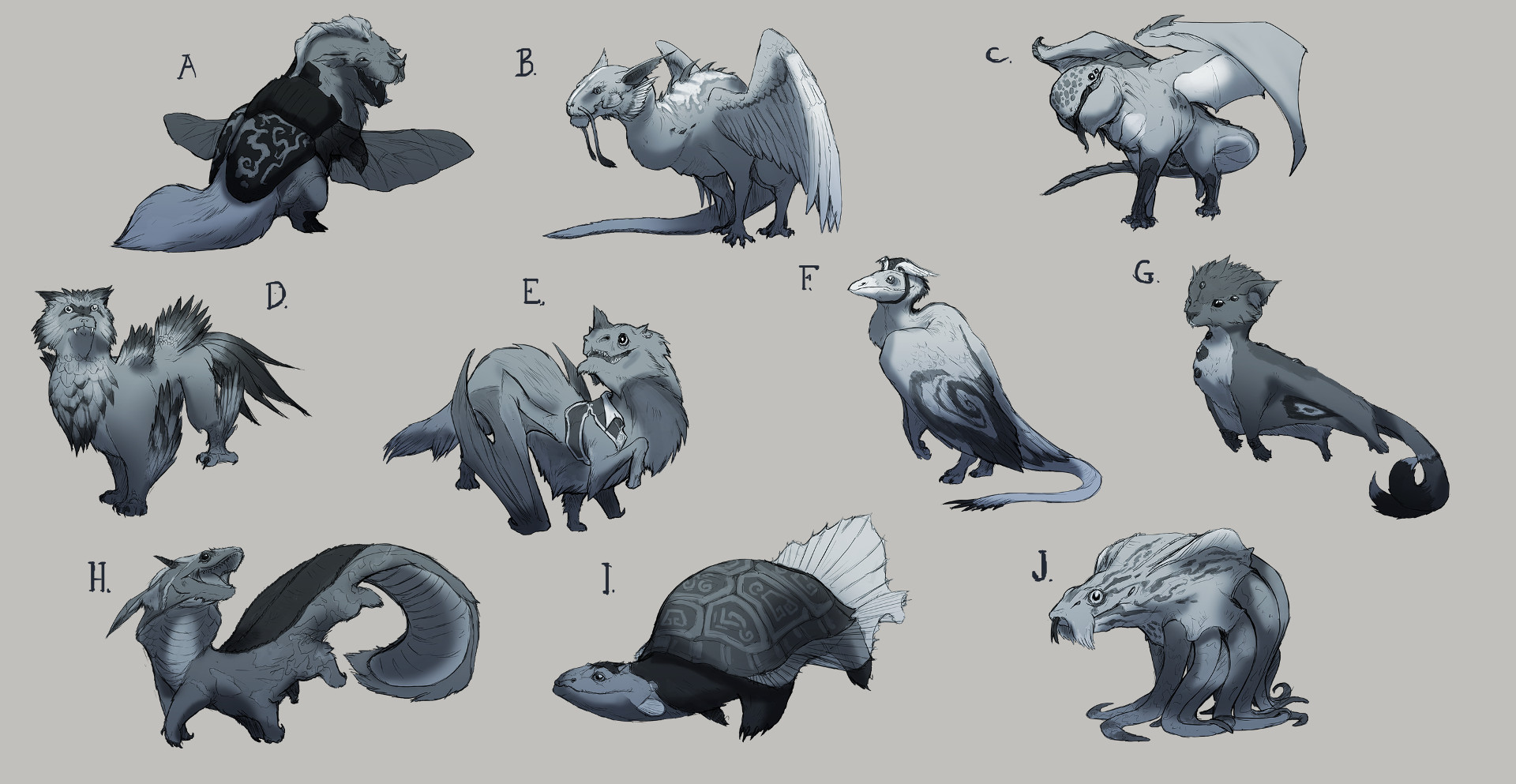 We wanted to give her a cool, intelligent-looking, yet cute creature that could fly or glide, but could also bite your face off if you let it!

Her concept was finalized. The textures and shape of her clothing were chosen to give her a mobile, swashbuckler look. 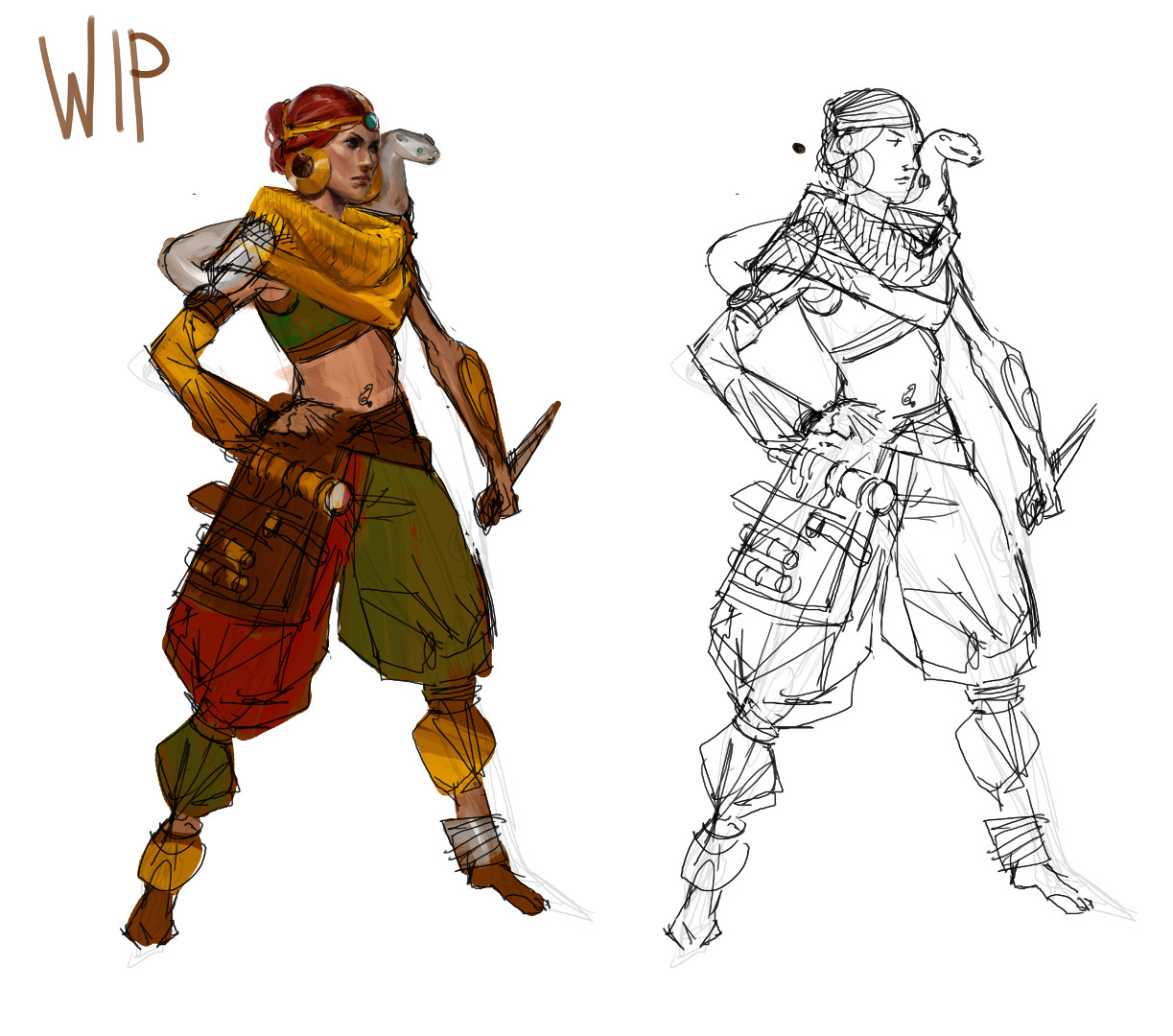 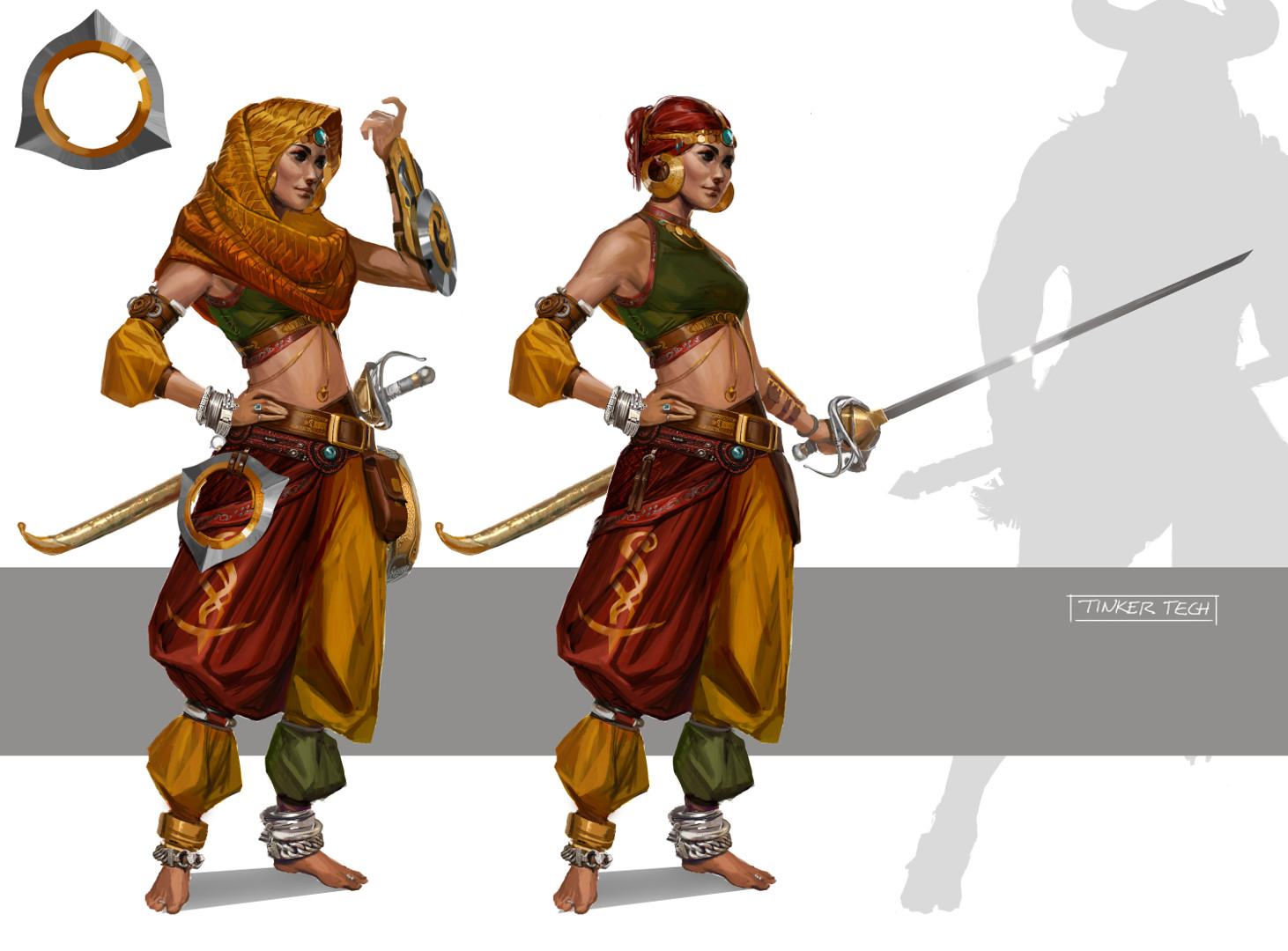 Once a concept was finalized, colour schemes and customization options were drawn up. 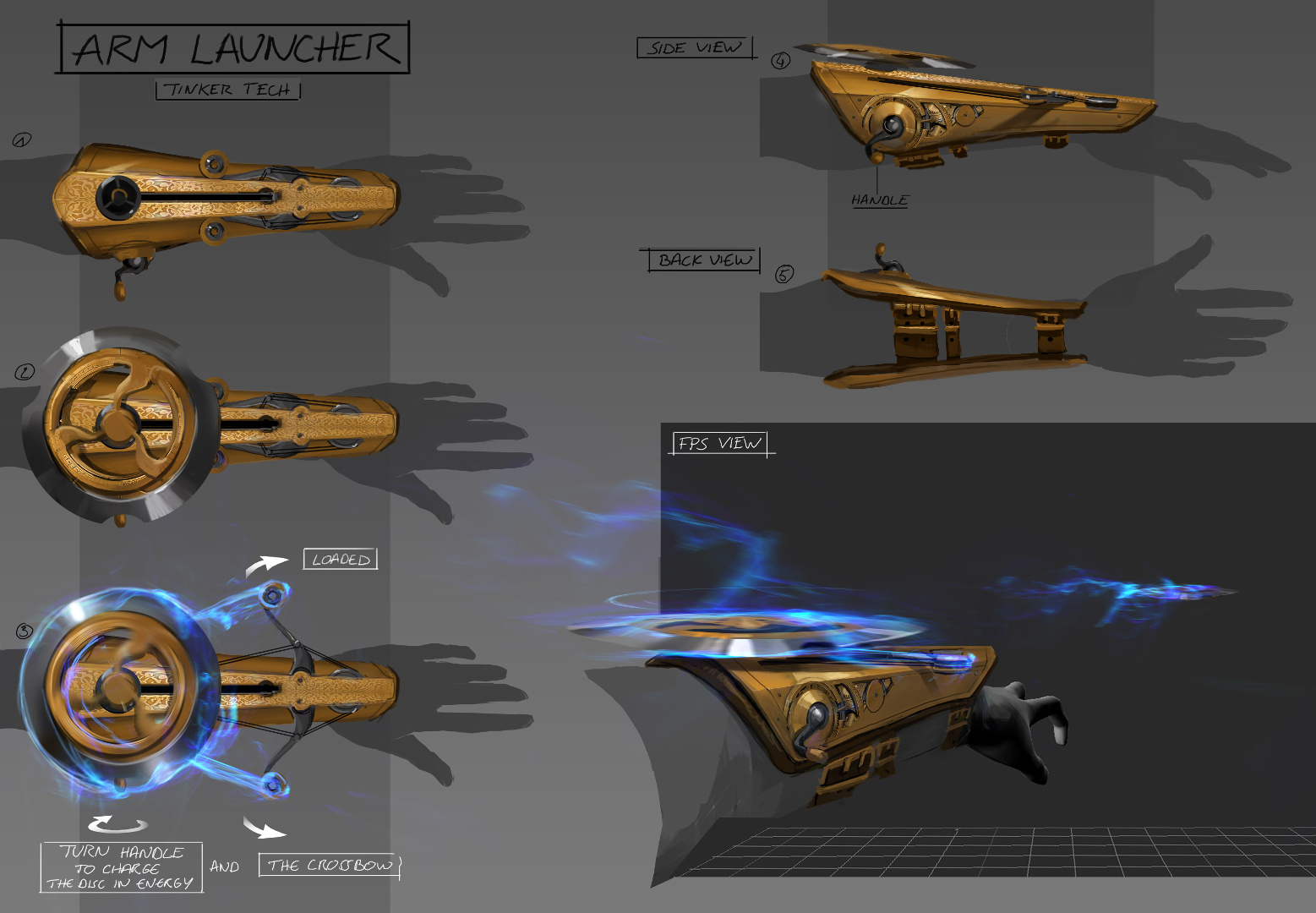 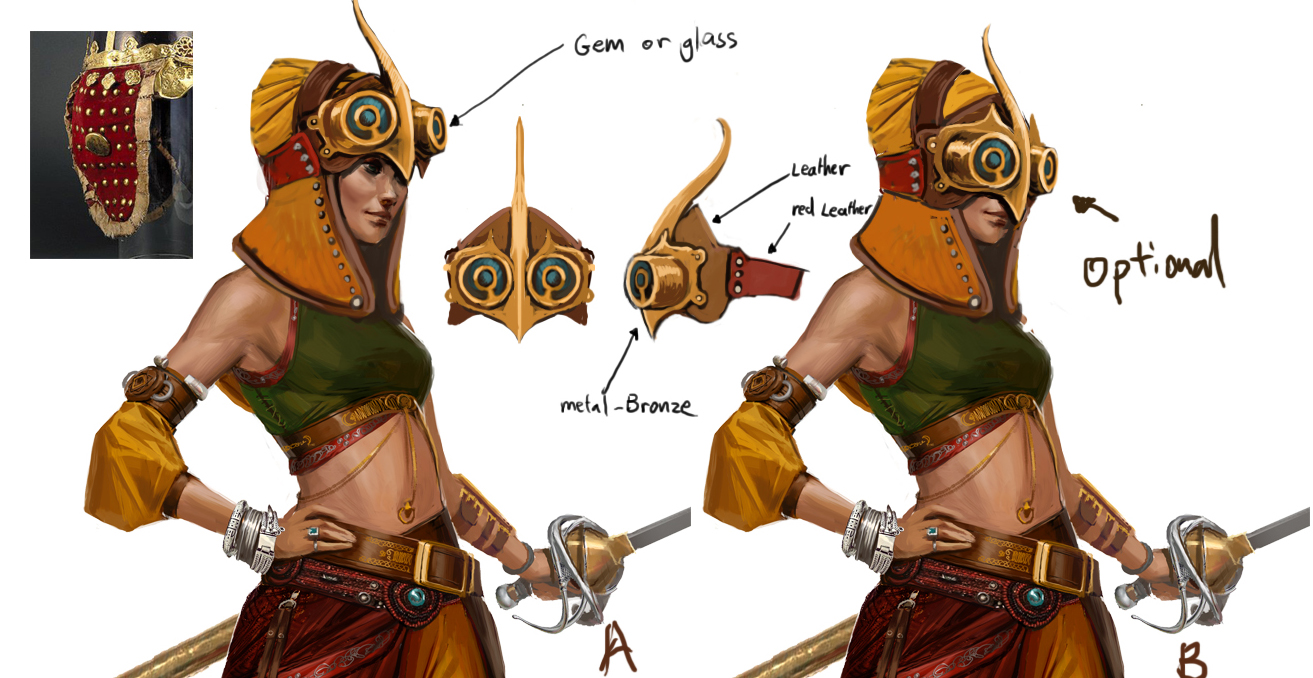 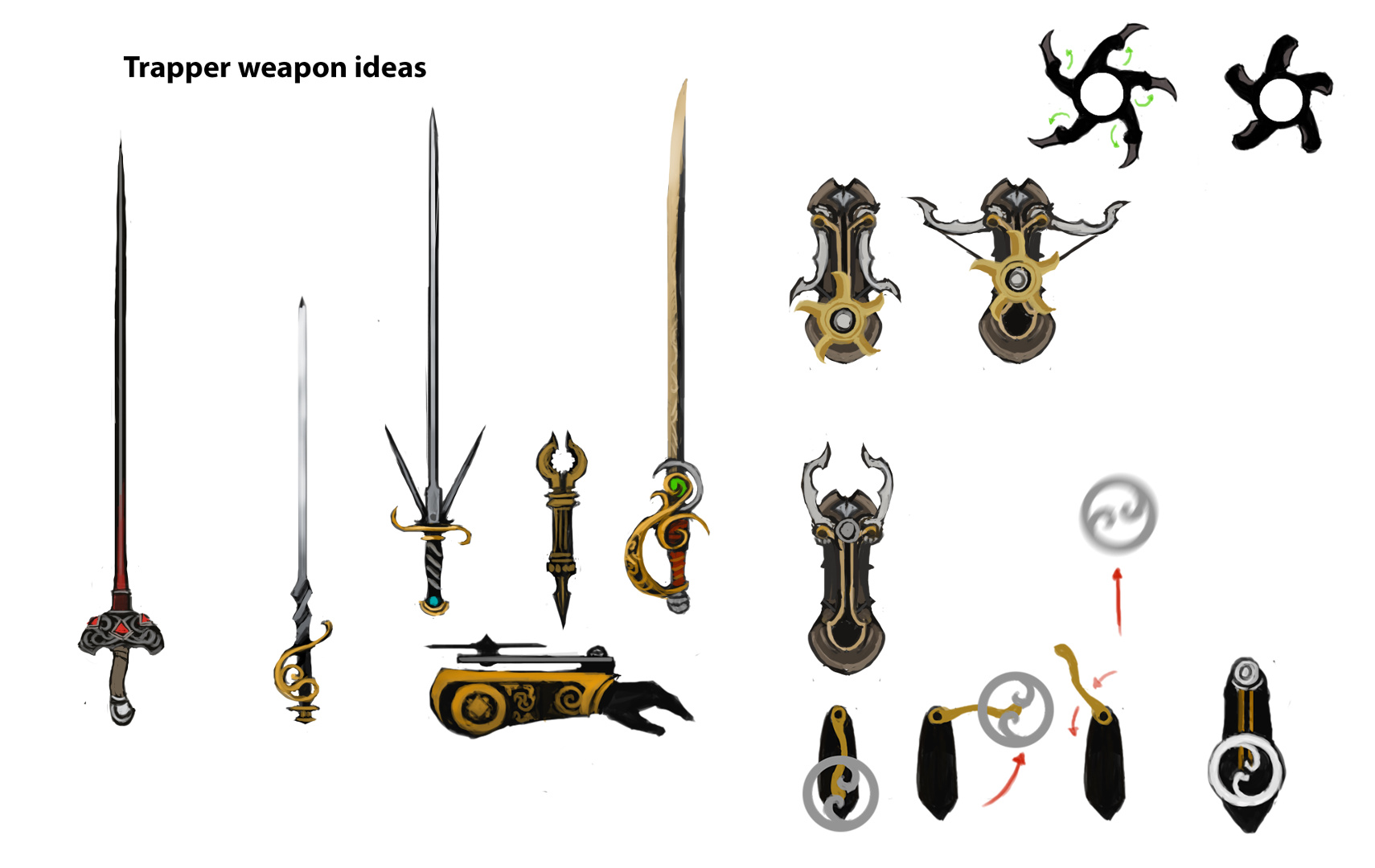 Once the concept art was finalized, the character was modeled. The model and animation stances were tweaked to improve and display her silhouette more clearly, both for artistic purposes and to help identify class type in-game; the small and unarmoured Tinker is easy to identify on the battlefield! 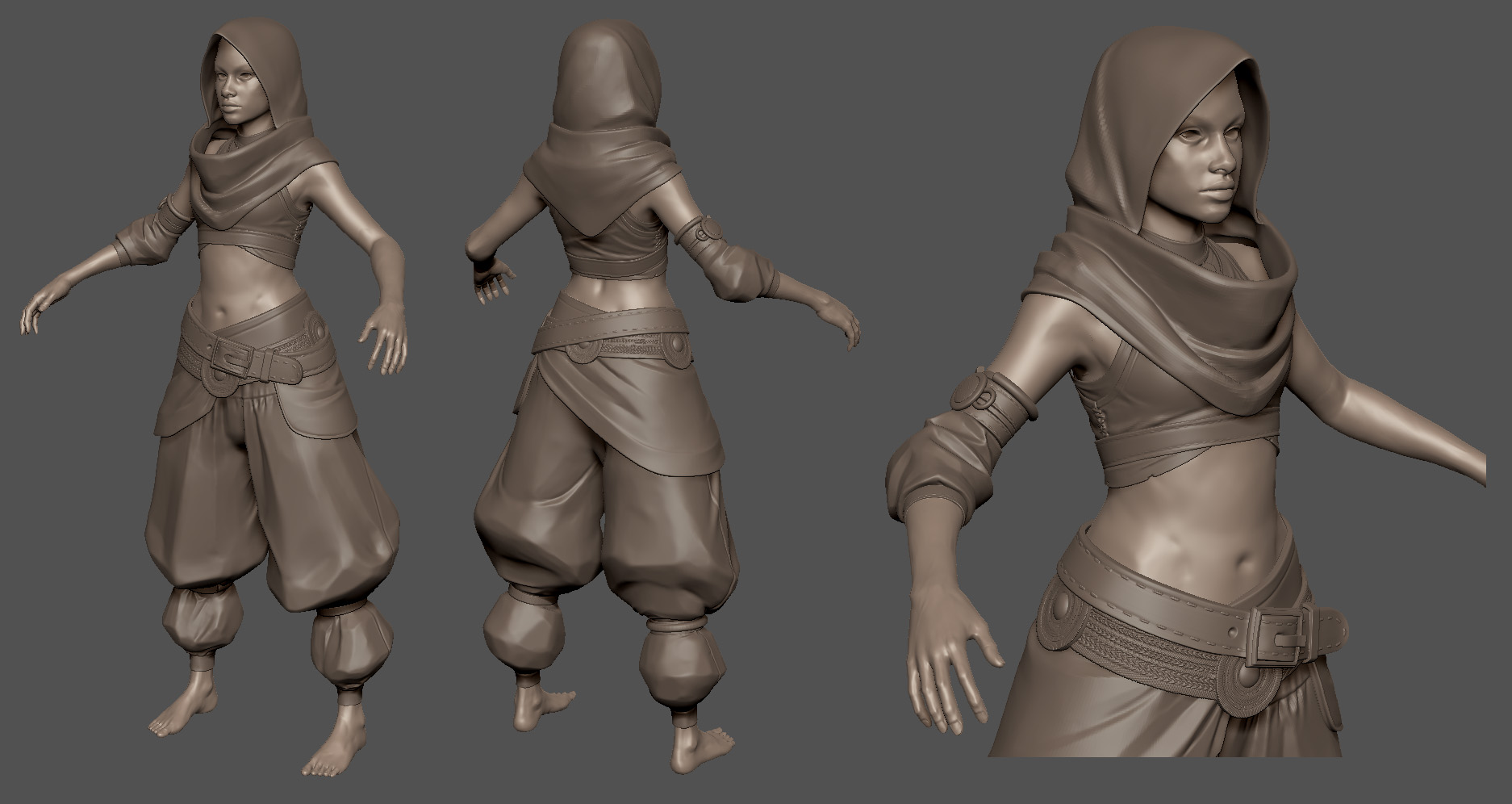 In gameplay, the Tinker controls the battlefield by disrupting or hindering enemy movement, helping her control how an enemy can approach. Her abilities focus on area denial and temporary incapacitation, with abilities like Proximity Mines and Stasis. If you enjoy foiling the enemy with traps, you’ll probably enjoy playing the Tinker! 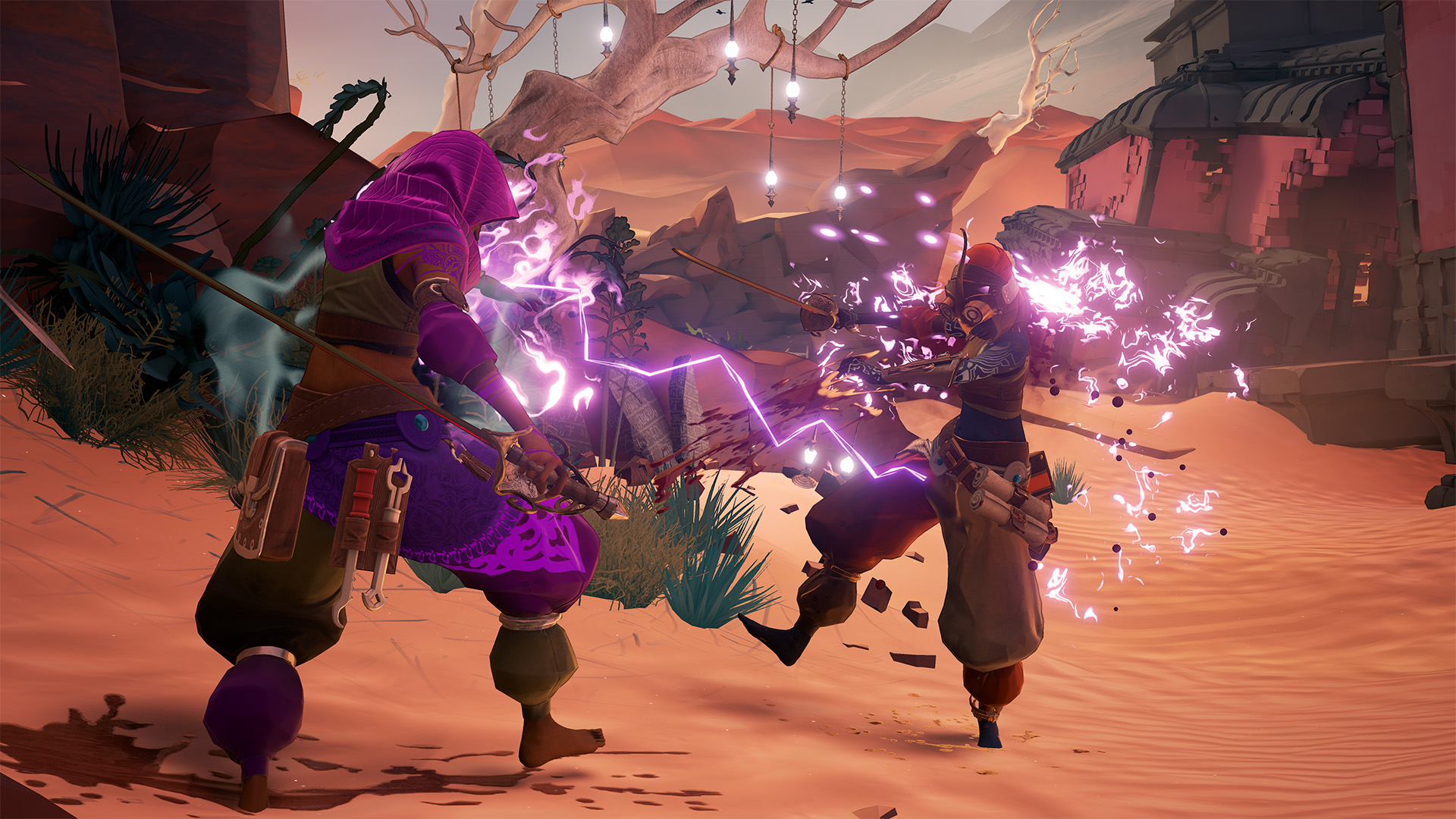 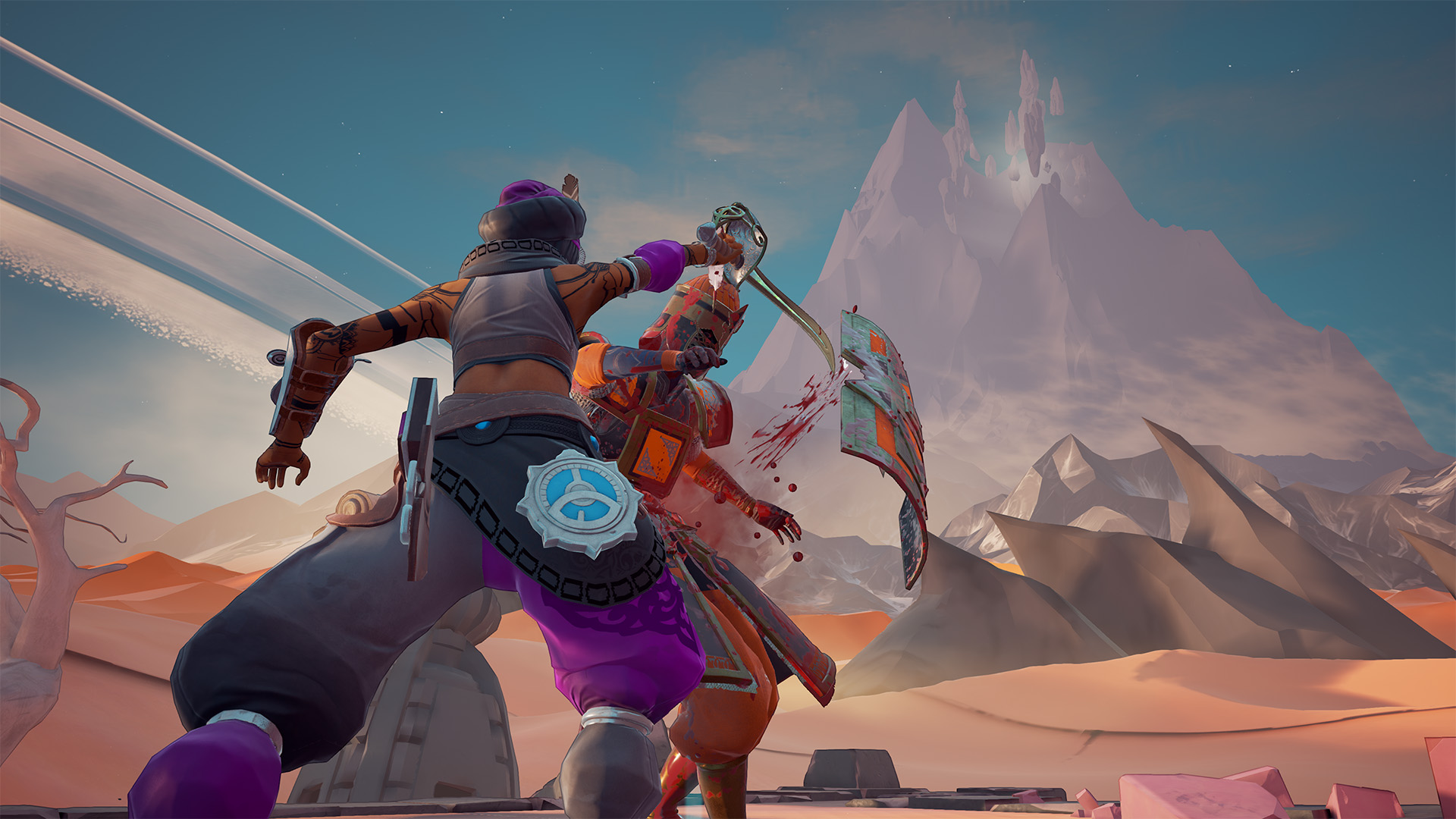 Add Mirage to your Steam Wishlist to be notified when our game is available for pre-order for instant access to the Tinker in our our Beta! Check out our news blog for more information about the Mirage Beta, coming March 27!

Stay tuned for future Development Profiles, where we’ll showcase our environments and other characters.