As we look back in the past of NNK, there have been many ups and downs during development. During this time, NNK reached a all-time low, with the barely moving code progress. We now enter NNK's deepest obstacle to overcome.


As we look back in the past of NNK, there have been many ups and downs during development. During this time, NNK reached a all-time low, with the barely moving code progress. We now enter NNK's deepest obstacle to overcome.


Things were moving unbearably slow for NNK. Checking for updates to the build every 2 hours for days on end without any code progress became an everyday event. Only 3 team members were around to actually push NNK to completion. The last few team meetings had around 5-6 people in them, with 2 or 3 team members doing any discussing. Everyone else would respond "hi" and then would become unresponsive for the rest of the meeting.

The key thing that kept NNK from progressing was code progress. Without it, no new sounds can be added. Without it, no new attacks can be inputted. Without it, NNK would never be complete! Many team members recognized this, however, few of the coders were against having new coders joined especially this late in development. It would mean gaining another person with a different coding style, having them learn how to program for Half-Life, and the structure of the NNK code.

On the fated day of November 1, 2009, another routine team meeting was held, which set into motion the cascade of events to the revival of NNK!

Eclipse mentioned to Kong about the possibility of his long-time friend, Tenken, joining NNK as a programmer to help finish it for release. He actually was involved in other projects such as Rurouni Kenshin Redemption, Gundam Universe, World of Padman, Saviour of Strength, and many others. Through his help, Tenken helped these projects reach incredible jumps in progress and even to a released state - this seemed too good to be true! However, the first post Tenken made on the NNK forums left doubts in many team members minds as to the type of character he had, as his very first post on the forums was to get people to help develop for Naruto Ninja Densetsu, a Naruto project that has been in development for many, many years.

By this thread i'd like to announce NND lite; Nndlite.com . Some of you might remember NND (died a lot, got revived a lot), well its back one last time .
As you can see on our site, the source we are using is zeq2lite's. But this will be a standalone game, and not just zeq2 with some naruto models.
At the moment we havent gotten a decent site up, but we'll have a go at that pretty soon.

I'd also like to say that if anyone would be interested in joining with Modding skills, please let us know we have a very small team at the moment so new blood is always welcome. If you are interested contact me through: EMAIL or use our/this forum.

Any questions you guys might have, we'd be glad to answer them in this thread or on our forums.

The original thread is located HERE.

During our team meeting, everyone agreed to have Tenken try out to be a team member. All the team members were desperate for code!

The first task Tenken tackled was our previously known as "Tsuiga no Jutsu" for Kakashi, however has been tweaked and changed a bit. Here's a secret teaser of this never-before-seen-in-action jutsu! 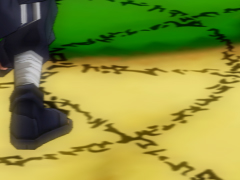 Another great feature implemented by Tenken was his Kage Bunshin formation spawning. Basically around the player would be lines of possible places of spawning clones, which would take into account the surrounding structures. If there was any blockage of the spawning lines, the clones would not spawn in that area. Thus, we were able to achieve a nice clean formation. 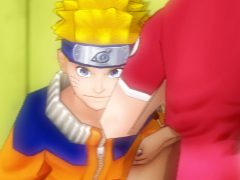 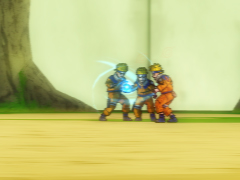 Tenken also had his hand in implementing some awesome VGUI work that SV created with some planning from Kong. Here are our scoreboard and team select screen. 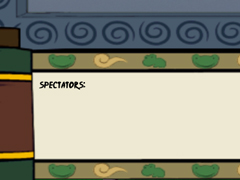 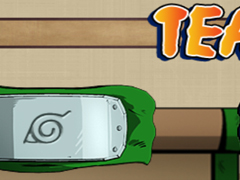 Everyone was very impressed with the progress Tenken has made. Within only one week of Tenken coding for NNK, he accomplished so much! Progress was 10x greater within the first week Tenken joined than it has been within the previous 2 months of NNK! Ryo became inspired to work again, SV was alive and well! Some previous team members started coming back. NNK was being revived!

Every single day since Tenken joined NNK, he has contributed 10-20 hours DAILY to programming for NNK! The dedication he has put towards the project is remarkable! For almost 2 months, every single day for 10-20 hours has been non-stop coding! He has fixed many bugs other coders left behind, as well as re-working flawed work to be more efficient. Tenken even stays up to 10 am working on the code!

Everyone on the team is very appreciative of what Tenken brings to NNK, and that is hope, dedication, progress, and unity. Without Tenken, we wouldn't have the drive and the progress to be so far in the game.

We bring to you the revival of our previous update series of Meet the Devs with Tenken!

Meet the Devs with Tenken!


Ok, so tell us about yourself?

Not much to tell about myself =)

How long have you been following Naruto and do you only read the manga, watch the anime or both?

I've been following it for about 4-5 years, but i stopped for about a year due to it's fillers. Then my brother got me back into it. Which made me start to following the manga, since the anime was all about fillers.

Are there any other animes you watch or mangas you read?

At the moment no, i use to follow Bleach but stopped due to it's filler. Something horrible that happens to most animes.

So how did you get into modding anyways?

I got into it 5 years ago, i started of as an animator for some dbz mods. But after going to uni, i picked up coding and years ago i stopped modding due to most mods dieing because of lack of coders, i felt like i could prevent this now. So i had an other go at it.

And how did you end up at NNK and what exactly do you do on the team?

Well eclipse told me that they needed a coder since most left NNK at the most needed time of it. So i agreed to help for a few weeks, but after working with SV and a few other members i relized that this was what i was looking for, so i decided to stick with them.

Are there any other projects you worked on in the past or that you are currently working on you would like to mention?

I worked as an animator for Gundam universe and some small work on Padmod. As a coder no other projects.

Any last words you want to add to this before we bring this to an end?

I wish that i could say state some inspriring words but i can't =). The most important thing about modding is that you enjoy doing it and get a good connection with the people you work with. Which i"ve got with some of the nnk members. Such thing can lead to great accomplishments. If you don't enjoy modding, don't do it. Don't do it for reputation or whatever, that's the wrong motivation, which im afraid some of our members have. All you got to do is to do it out of passion, that will lead to great succes.


The addition of Tenken to NNK brings us closer and closer to finishing up! Through the combined efforts of Tenken, Ryokeen, and Raven, NNK's code is polishing up! SV, Ready, Kama, DT, Kong, and the other devs are also pushing for a completely polished project for you all!

For Tenken, NNK provides a project where he can code with all the necessary assets at his finger tips! Unfortunately for NND, it is unable to provide him with the amount of assets NNK has to offer.

When this project is released, when you are running on walls and performing clever jutsus against your opponents, remember this isn't just any other mod project you're playing. You are playing the combined sweat, tears, and endless hours of work of a group of diverse individuals all over the world, who came together to create a very awesome, epic achievement!

On a side note, Gamers-Desire has been officially revealed publically! Previously hosted ESF-World, the ultimate website for custom content for Earth's Special Forces.

At the moment, the brand new Gamers-Desire website will be hosting custom content for ESF and NNK, where you can download maps, models, sounds, and many other customized features created by you, the community. So sign up today!

Don't forget , creating completed custom content, no matter the level of skill involved, will get you early access to NNK! Find out more by clicking HERE.

Till next week and vote for us in the MOTY awards!

Great milestone update, really like how you guys have detailed the crazy road you have traveled til now. Big thanks to everyone including Tenken for staying with the project and seeing it to completion. I know I really appreciate all the efforts by the team and I'm sure many others feel the same. Thanks again and keep up the great work!
Time to vote :)

Wow, 10-20 hours a day? That's insane, I don't think there's many people who have that level of dedication. Can't wait to see the finished project, I'm guessing all that hard work will culminate in a great mod. =)

This is the way naruto should be! and you got my vote, mod of the year foos!
- The Pervy Sage, NNK Forums

Well I think I speak on behalf of everyone reading this update when I say: Thank you Tenken for rescuing this Mod from death.

Can't wait to see the end result of the NNK team's blood, sweat, and tears.