After two years, the new version of Middle-earth Extended Edition is ready to be released. It will be available for download on Monday, 16th of October at 18:00 CET. Feel free to post your suggestions and ideas, aswell as bugs on the mod's page or send me a private message on this site. Rohirim91. 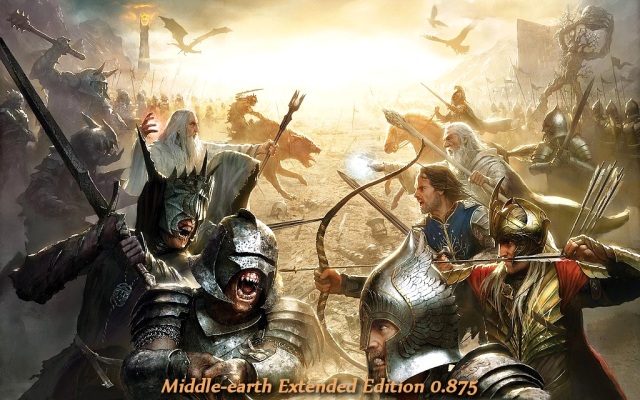 After two years, the new version of Middle-earth Extended Edition is ready to be released. It will be available for download on Monday, 16th of October at 18:00 CET. I planned to release this version as far back as March of this year, however it was delayed due to the mod's file, and with it two years worth of work, being lost due to my own mistake and the upgrade of the PC I use. I was also busy passing exams to enter a university and two weeks ago I started my Software Engineering studies in a city 400 kilometers away from my hometown.

Along with the gameplay, this version mostly focuses on Mordor, Elves and Gundabad.

Changes in this version are:

Report any bugs or post your ideas/suggestions on this mod's ModDB page or send me a private message on my ModDB account.

Do not upload this mod or any of its part without my permission. This mod contains the work of many artists, the majority of whom are no longer active so please respect their aswell as my work.