An account of the symbolic power of GDIs custom Abrams

"It's a day I'll never forget. We were a small town with no military significance, sure we had some of our men and women fighting for the GDI, but it was no more or less than any other town which came under the GDI banner.
Unbeknown to us our town had a Nod double agent, who Kane had decided had 'betrayed the brotherhood', and Kane decided that our entire town was to be raised to the ground as a 'lesson'.

Our small civil defence troops were overrun almost immediately and then the Nod raiders... well it's something no person, never mind a child, should ever have to see. I remember that I was bundled together with a large group of men and we were forced next to a large wall near the towns mall... even has a child I knew what was about to happen. The Nod soldiers checked their rifles and then, at that moment above the crying, screams and anguish a distant rumble was heard... this startled the Nod soldier who seemed to be in command of this raider group, and without a word uttered a grunt was dispatched on a Nod attack bike to check the cause of the commotion.

In all the fuss they had briefly forgotten about the atrocity they were supposed to be committing. I never heard what that bike raider said when he returned, but for the first time in my life I saw fear on members of the brotherhoods faces. For me has a child this was startling, these men who were so self assured just minutes earlier, frozen... and then they packed up and ran!
They did not even bother to fire parting shots as was the usual Nod raiders tradition, and this was no organised exit, no this was chaotic, every-man for himself styled, bailing out!

As the dust was still settling from Nods hasty exit what was once a distant rumbling was now a sound of thunder that shook the very ground we stood on. While we were aware that surely our deliverance had come, there was still some anxiety... but then, that brilliant blinding flash of gold, GDI gold. 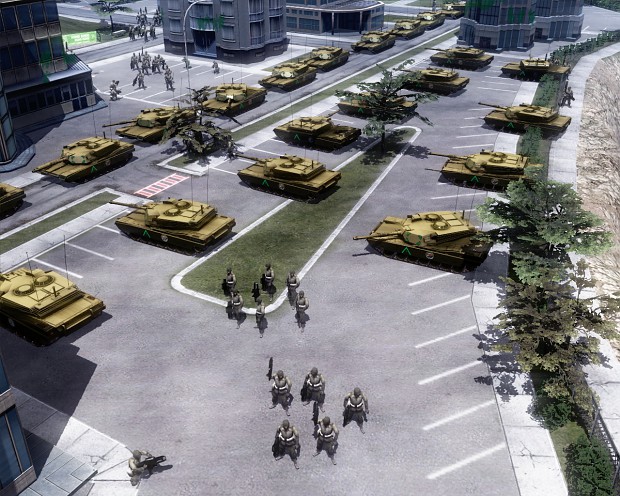 The GDI first armoured division rolled into town, and at once I understood what had so terrified the Nod raiders. The sheer power of the image, of a GDI medium tank division on the move, is enough to freeze the blood of any Nod member.

What was going to be my brutal final day on this planet, ended up being the defining moment of my life. As the wild cheering and celebration, which seemed unending, began, the armoured division slowly made their way through our town, I remember a GDI tank commander smiled at me from atop his tank, for me has a child, it was as if an angel on his golden chariot had descended onto our town just to insure our personal safety as individuals.

Where Nod are mistaken in the present, is in the fact that they don't believe that GDI have the stomach for a prolong fight. They don't believe that GDI have the balls to force the issue... we'll see about that. If Nod & the Scrin think that GDI are all letter dropping runs and political pleas, then they are in for the shock of their lives.
There will be that distant ever increasing sound of thunder and that first, final sighting of GDI gold... 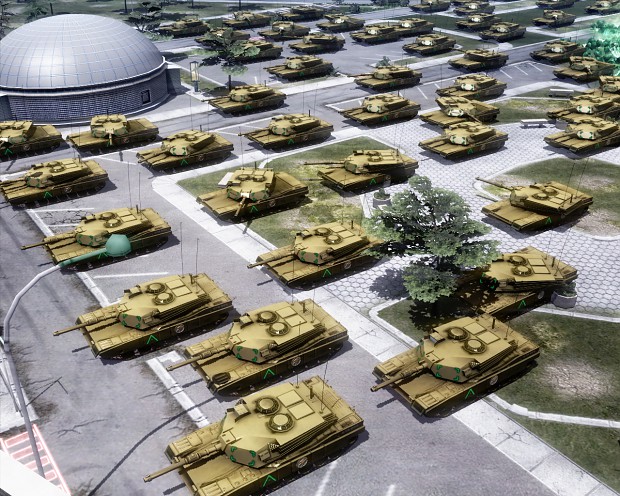 Truly epic, and the story too!

thats a lot off tanks

Can't wait to bring these guys into the field!