Been a while since we had an art update. How about we get that fixed here and now?

Hey there everyone! We've been sitting on some art for a while now so we figured now was a good time to bring it out since we're starting to move on to 3D modelling and the prototype is just about made, with all the core mechanics implemented.

When it comes to progress on the game itself we've been working on the second level, but we're deciding to give the floor to art this time. Just rest assured that work on the gameplay has not stopped for this week and that we'll have something more to show soon.

When it comes to art however, we DO have something tangible to show you, starting with our two base designs for enemies! Since we're on a tight schedule we'll be relying on recoloring and resizing for enemy variety, but here we have some speedy little buggers who'll try to outrun your defenses and the burly guys who'll try to tough them out on the way to their goal.

In the meantime we also have starteed on the models. Going from left to right we have the small enemy, or Wisp as we call it, the Player Character (name pending, we want to make sure it sounds nice before we settle on something), and the Frost Glare, a yet unimplemented turret that'll most likely be in our next update.

That's about it for this week, be sure to follow us on twitter to keep an eye out on anything we decide to post over this week. Lately we decided to ask what you think makes a gun feel powerful in an fps, something we'll definitely take into account when dealing with the details of this game, so we encourage any feedback you throw at us through twitter! See you next week! 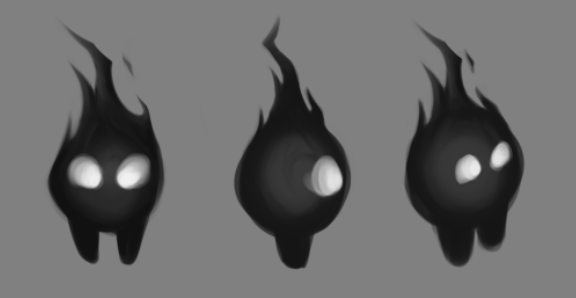 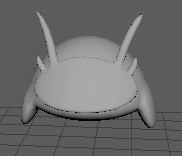