After a fantastic start over the last few days it is time for update number 2. In this update I will be covering the Hero Gamling, and the Royal Guards and the rolls they play in this modification.


Abilities:
Leadership - His leadership is quite minor however during the early game it can be vital for victory.
Description - Allies near Gamling gain +25% Armor, and earn experience faster.

For the King! - This ability is compared mostly with Aragorns Blademaster ability however instead of giving armor it gives speed, this allows for quickly taking out an enemy farm and getting away in a hurry.
Description - Requires Level 5: Gamling temporarily gains +100% Damage and +25% Movement Speed.

Horn of Rohan - A lot like Boromirs Horn of Gondor ability, however, it has a slight twist. Instead of producing terror it produces a morale boost for your own troops. In conjunction with Theodens Glorious Charge ability the combo can be deadly.
Description - Requires Level 8: Allies near Gamling gain +100% Damage, +50% Speed for a medium duration.


Description - The Royal Guard is the Elite Mini-Horde for Rohan. They cost 1500 per horde and they are limited to three hordes at any one time. There are five units in one horde, that means its the most amount compared to any of the other elite hordes in ROTWK. The reason it is five instead of three or four is because since they are mounted most of the time to get around quicker that means pikes and spear men are very dangerous to them.

Abilities:
Mount/Dismount - Mount on your Horse or Dismount to walk on foot
Switch Weapons (Mounted) When on the Horse they can switch weapons to have Bow or Spear
Glorious Charge - Take less damage when activated. 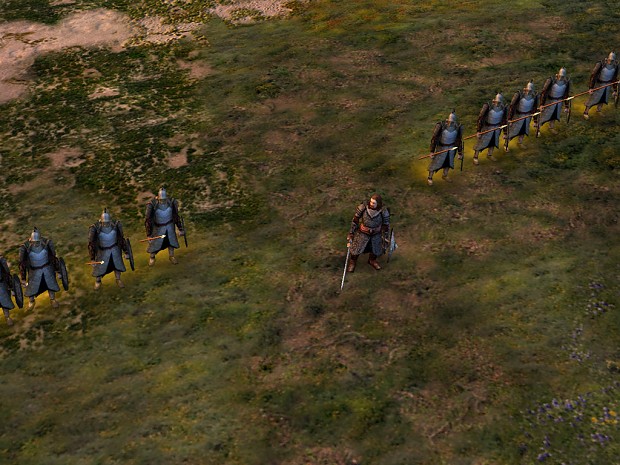 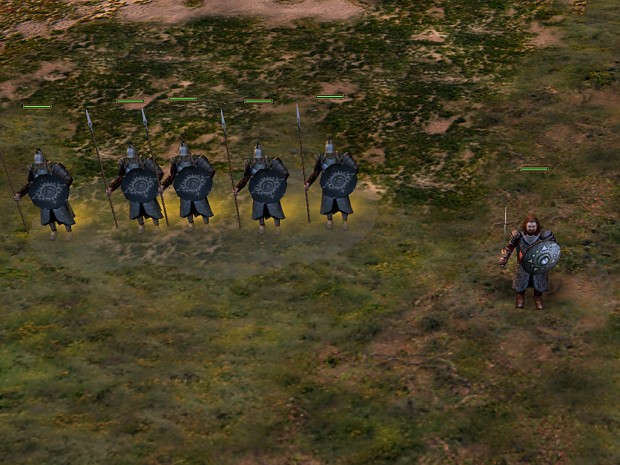 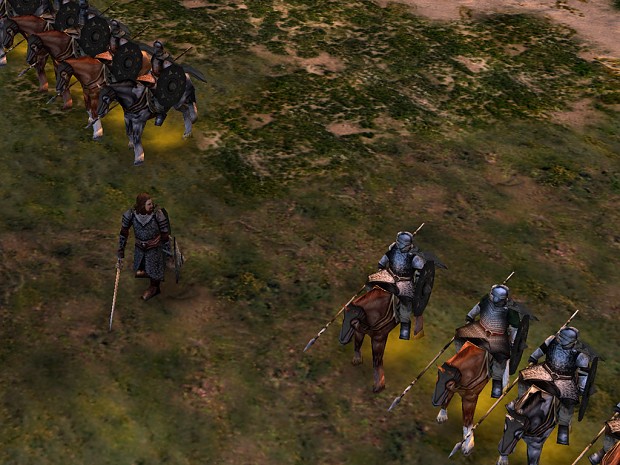 That concludes todays update! Thanks for supporting the modification and I look forward to sharing the release with you guys soon!

I really like the shielded spearmen look of the "on foot" Royal Guards. In BFME1 Gondor's Tower Guards looked more powerfull than the Uruk and Rhun Pikemen units because they used shields, in BFME2 they lost the shields that made them so cool. Im glad that someone other than me wanted a unit like this in game + the Rohan faction. Thanks for that and good luck in the rest of the project.