Here is the second Mongol faction preview, courtsey of our collaboration with Dontfearme22, leader of the Total War: Age of Bronze mod. Expect further work from him soon.

The Golden Horde, Ulus of Jochi and Batu Khan 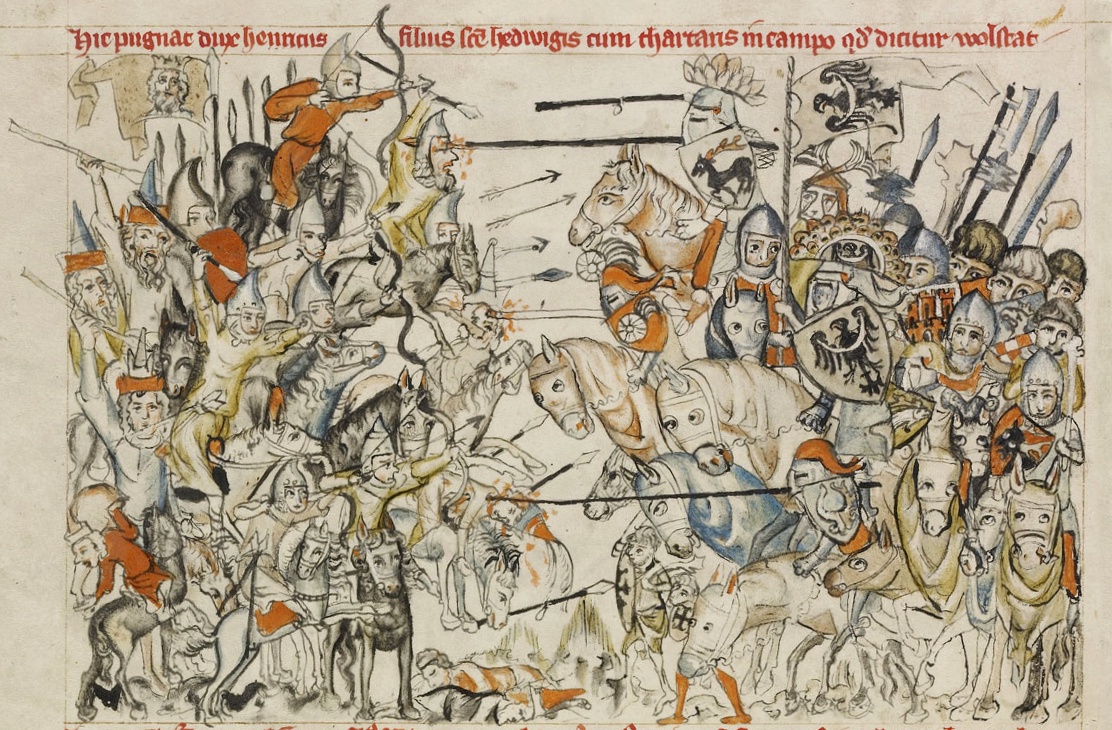 Perhaps no army in the history of Europe before the modern era sowed as much raw, animalistic fear as the Golden Horde. Upon stout ponies and bearing strange weapons of war barbaric hordes of asiatic raiders seemed to descend like a biblical plague upon Christendom. Indeed, it is the fear of the Mongols that even now exists as a branded painful mark in the history of Russia, and all of the lands the Khans put to the torch. Unlike their southern cousins in the Ilkhanate of Persia, the Khans of the Golden Horde never intended, nor wanted to adopt the ways of their European subjects. Instead they stayed in the steppes, with other peoples who better suited themselves to Mongol life. While masses of conscripted Rus infantry march under a impenatrable hail of black arrows, Chinese engineers wheel forth awesome devices of warfare to the drums of the omnipresent unstoppable Mongol cavalry. Born on the steppes, and shielded by a wall of conquered flesh the armies of the Golden Horde descend upon both Europe and Asia, and sow death wherever the Khans desire.

Same disclaimer with the Ilkhanate. Some units cross between tiers. Since research on the Golden Horde was considerably harder, their roster is smaller and more units cross tier because there I just less information for me to pin down specific period army compositions on.

Ltd - models and answering many, many questions
Slytacular - models and endless help and assistance
Warman - Being a very helpful lead developer and constructing the framework this whole project rests on
Lucem Mundum - helping with model feedback
Uanime5 - Providing many fantastic models and textures, courtesy of the Morning Sun mod for Shogun 2

finally dude some kurdish units. Please keep it up with more of them especially as we know historically they were used by numerous empires for their skirminishing and horseback abilities. Thanks really appreciate you and your team for doing CA's job of acc creating a decenct total war game.

Are those chinese dudes in charge of the siege equipment? nice touch if so!