Yes, it has been nearly 7 months since your last update and yes, we have had many asking if the mod is dead, well, why would anyone think that with this media?? lol

Firstly, we would like to apologise for the lateness of our release. Due to people joining the mod, then either not doing anything, or leaving almost the next day, or waiting until they have our SVN details and have downloaded the mod, we have not been able to get that much done since the last time we posted. Now, these can be called excuses, but with the world economic downturn, people looking for work, family and a plethora of other better reason not to work on the mod, only minor work has been achieved.

Also, in the last week, I handed in my resignation as the mod lead, due to having a major back operation, and now an umbilical hernia, my heart is no longer in the mod, nor is the rest of my body from what I just told you... lol... But, with the release of this media, and the constructive discussions in the dev section of the mod after my announcement, this might be the best thing for the mod.

While you are making all of those "arrrhh, tisk, phoofy" sounds, here are some pics and 1 video of the work that 'has' been done. 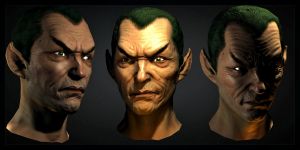 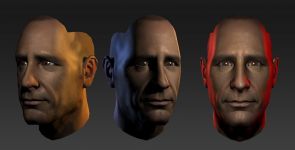 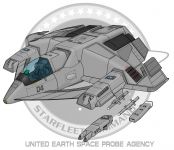 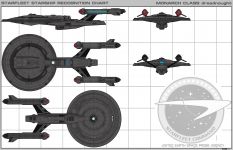 Oh, David has been fervently coding and moving the mod over to the Orange Box version of the Source Engine, but this might be something to put on hold, since I heard a rumour the mod may be shifting to the Cry2 Engine. Crysis? Hmmm... Food for thought...

Anyone who is an experienced mod leader, has at least twice as much talent as I have and is dedicated to see a project through, and is willing to work with a very talented Design Crew, post your details in the recruitment section of the forum!

Sorry to hear about your medical problems. Mod is looking great but I think you should stick with the source engine because although it's not the best graphically, many more people have access to it.

That looks awesome, and the voice acting was great.

It's great to see that this project is still alive and the recent work is as awesome as usual! I'm just really sorry to hear about what you've been through so far Cap'Source! I sincerely hope that the rest of the recovery road ahead of you is easier than the road you've left behind you so far! Get well soon dude! That's a direct order! lol. ;)

Anyway yea, as usual this is great work! Keep it up and release something soon! I'm still seriously itching to get into this mod! lol. ;)

Ew, God, why would you want to move to Crysis. Asset development time goes up ten fold, the engine is geared for wide open environments where an indoor shooter like yours would not utilize most of the fancy effects, and it looks fine on Half Life 2.

Other than that, sweet update.

If you shift engines your mod will die.

I think the same. Never change a running system!
The mod looks even great in Source, and looks are not all to it. It carries the distinct "Star Trek" feeling. If you switch to Cryengine there'll be fewer people, who will play the game. Source may not be the greatest engine, but Steam is a pretty handy interface for mods. I play nothing but mods on Steam.

Re-structure, cut out assets / features, and release as soon as possible.

Or build one sample mission and structure the rest of the mod as a toolkit. The community will pick up the rest.

I'm glad to hearf that this mod is still kicking. And wishs you have a fast recovery.

Any engine been decided hope it be great.

That voice act is superbely indentical to the real Cpt. Archer. Congrats

Im glad to hear its still going, however i think it looks fantastic in source !

You will have a lot less people to show it to if you go to crysis, so please dont!

I would love to help but i dont have any development skills except writing, so good luck and keep going !

Looking good. I just hope it stays going in the long run.

High class work. Really glad this is still being worked on with such skill.