Welcome to June's third and the eleventh overall weekly update by the team of the Crysis total conversion modification MECHWARRIOR: LIVING LEGENDS. For this update, we've got four variants of the Inner Sphere's Partisan, a progress report on SA_Marshes and no less than SIX playtest screenshots. Enjoy!

June is almost over and polishing is delivering nice results, while in other areas, we're still seeing new features being implemented. For this update, we've got four variants of the Inner Sphere's Partisan, a progress report on SA_Marshes and no less than SIX playtest screenshots. Enjoy!

It's been a while that we did not feature a Mech at this place. This update brings the Inner Sphere's airdefense tank Partisan in its four variants - textures have yet to be completed. As you can see, some of the loadouts are not only suitable for quickly taking down heavy enemy aircraft, but should also serve well in a supporting role against enemy Mechs.

SA_Marshes is a prime example of how polishing and improving details can lead to a very much changed appearance and more impressive package. The three panorama shots show this swamp scenery at different times of the day and the large screenshot shows more details on the airstrip, which is still the place where the majority of the fighting will take place. Overgrown and decayed buildings and vehicles suggest that this base has been given up quite some time ago... the Clans and the Inner Sphere however are still fighting hard for every inch of this ground. 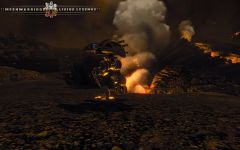 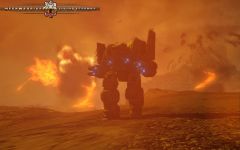 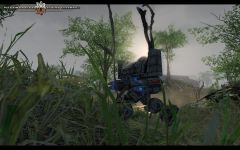 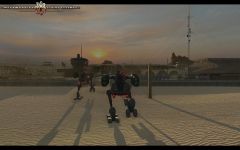 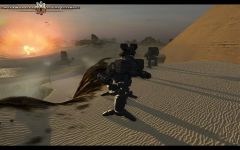 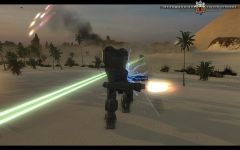 Because they can!
Or maybe because they're being awesome (not like the mech) and hyping up their mod for release. Or maybe they're not done yet? Just a guess. But the tormenture will continue to hurt all of us. Our hearts bleed for a release, but we will be strong... right, guys?

I'm playing MW 4 as good as each week (or day), but i've growen sick of it, so just make a release before i'll just start phoning microsoft about MW5 please...

This is some professional quality work ;D Keep it up!

Just a quick question- Will the Walkers move similar to or better than the walkers in Red Faction guerilla?

Never played that game, so I honestly can't tell, but most people who played the mod recently suggest Mechs move very much like they did in former games - and better.

Will the system requirements increase?

I got a graphics card seriously lacking in vram...

We expect hardware requirements to be approximately the same as for Crysis. However, having more RAM and a better video card certainly won't do any harm.

Hello, update! This mod is THE REASON I bought Crysis.