Welcome to the seventh overall and third weekly update in May, presented by the team of the Crysis total conversion modification MECHWARRIOR: LIVING LEGENDS.

It's been turbulent times and the team would like to apologize for the delay of this update. As for the past weeks, we'd like to start this update by saying that big things are already casting big shadows and we're just as impatiently awaiting their announcement as you guys hopefully are. For this week's update, we've got four variants of the Atlas and a status update on the Solaris Arena map Sandblasted. Once more, however, we'd like to draw your attention to the playtest impressions. The vigilant observer should notice at least two unfamiliar things in these. We're really looking forward to see how many of you actually discover them.

Probably one of the most iconic Mechs in the battletech universe and certain to cause fear on the battlefield in those who oppose him, the team of MechWarrior: Living Legends presents to you the four variants of the Inner Sphere's Assault Mech Atlas. This monster, weighing no less than 100 tons, will be playable in the first MWLL release in the four versions shown on the screenshot below.

A status update on this desert/egyptian-themed map that, judging by overall reactions to earlier screenshots, seems to be quite popular: SA_Sandblasted has seen various improvements in the past few weeks. The three panorama shots below document what the very same location looks like in various stages of the established cycle of day and night. The two additional screenshots show one of the new assets that can be found on this map, huge pillars, strong and big enough to allow battlearmor to take cover behind them. 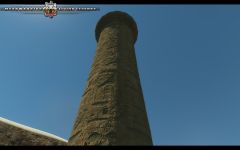 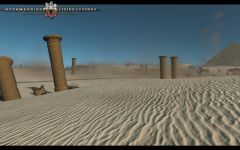 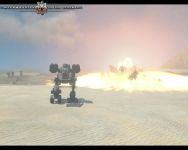 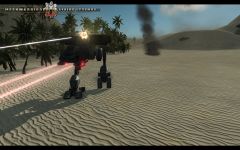 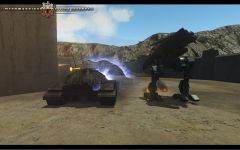 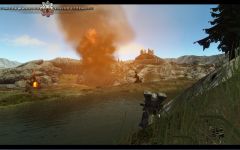 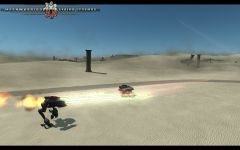 Oh my god the playtest impressions are getting better and better. I mean holy hell these kick ***!

Something new with the playtest... the particle effects seem to look a bit better and I see clouds, oh yeah, I also see something that tells me it's coming out this month... Then again, that may just be me :P

I saw it say, it was coming out tomorrow...but again, i could be mistaken :)

You know, now that I look at again I do see it say it is coming out tomorrow. Thanks for pointing that out :D

I may just cancel my life if it does XD

Amazing guys. Honestly, I would buy this if it were retail.

Jeah me too, this is the best Mechwarrior ever! Cant wait to get my Hands on it after all the time that passed during development.
Must be released any minute now, well i wish it would be so^^

Can`t see any more "Play test impressions", i mean, when do you finish this and release it?
I think it would ok, if there would only be half the mechs you wanted in the mod at the beginning, and after some time you add some more mechs and maps.

THIS IS EPIC!!!!!!!!!! this is all i can say for the moment!!!! I WILL NEVER LOOK AT MW THE SAME WAY AGAIN! I wish that the development will speed up like times 999 and it would be released but "life is not fair"(said by president JFK)