Welcome to the third weekly update in April of 2009, presented by the team of the Crysis total conversion modification MECHWARRIOR: LIVING LEGENDS.

April's third week has come to an end, and we're looking back at a number of interesting achievements. Among other things, our art department has yet again proven its worth by delivering final textures for two of the Inner Sphere's Mechs. In further news, MECHWARRIOR: LIVING LEGENDS has been featured in the most recent issue of ModDB's Modcast - and you'll get to see what working on MWLL can do to your sanity.

In the past, we've received a lot of comments on the quality of some of our textures - understandably, as many of those are still placeholders. The two screenshots below show the incredible work of two of our artists, Andy and Sherell, which should ease all those of you who were concerned with the quality of some of our previous textures. Two Inner Sphere Mechs, the Assault class Awesome and the light Owens, have now received their final textures. The untextured LRM launchers on the Owens are part of MWLL's modular weapon concept and will receive their skin later. 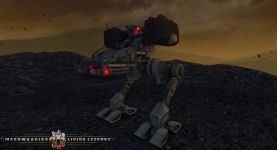 Yes, we're working hard on creating a MechWarrior experience that long-time fans of the franchise as well as curious newcomers will be able to have a great time with, but all work and no play... well, you know the deal. The two screenshots from SA_Extremity below show a bunch of them going crazy. 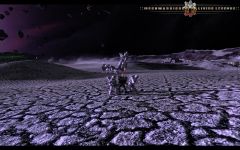 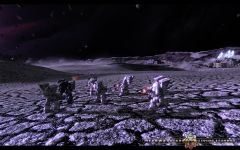 And here's what happens when devs and testers got together for a little group photo - the truce obviously didn't last long. 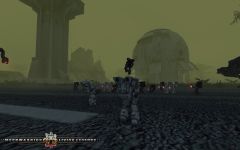 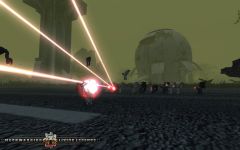 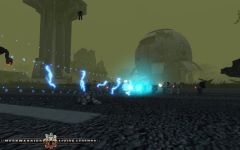 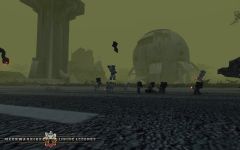 We would like to thank the ModDB crew for featuring MWLL in S02 E21 of their Modcast! The team is talking about MWLL from 22:50 to about 30:00. In this talk, they bring up two topics that we'd like to address at this time. Both of them actually can be answered quite positively: the production process has not slowed down, it has just changed. While in earlier stages, we've been creating many assets and showed them off, we're now spending a lot of time on polishing and tuning, which simply is a lot harder to show off than newly created assets. As far as the sounds are concerned, we completely agree that they are very important for any MechWarrior game, which is why we're putting extra effort into those and are quite optimistic that you will love them! 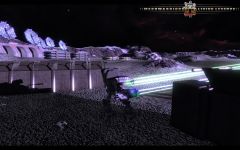 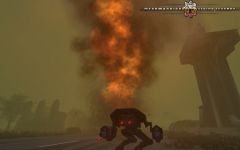 Great update! Personally, I don't mind slower media releases so long as they are quality, which these are.

I never doubted about the textures be good. I have extremely confidence in this mod. Great work

Thanks! Most people don't realize that in using the same size textures on a 'mech as we do a tank means that the 'mech textures are going to look lower rsolution because the textile pixel to screen pixel resolution is larger. If we used any larger textures or more sheets it would require more memory per mech then is already used which would directly impact performance.

Lol, this mod keeps getting better and better as you guys keep smoothing everything out for release! Cant wait for the next batch of updates!

why are you people talking about the rate of media release? they release more media then any other mod on moddb and it's not like they owe us media releases, they can do what all the other mods do and don't release anything for 6+ months

Totally agree here.
Can't wait for the release guys! Been playing MW since the first one and this is just a dream come true for me.

Drooooooooool someone get me a towel.

I can't wait to see this complete, it'll be one of the best mods ever.

Me too! The video and teaser's have got me excited. I am impressed. I really hope you can get a single player going.
You guys are good at his obviously.

Thanks for busting your bakcsides on this. Thank you very much.