Development update of DSS for the month of May. Saved Game & Enemy Nexus.

I’ve been working on the game saving code. Up until now I had to write custom code for each object type in the game so they can be serialized to a file enabling me to save the current game and load it later. This method was very error proned. Let’s say I forget to serialize some piece of data from the ship units like their current attack target, saving and loading happens without any error but now the ships don’t fire at anything. Miner ships aren’t mining anymore and stay in a state of limbo doing nothing. So with this method I would have to test out every possible cases and fix error when I happen to find one. Not the best position to be in for a first release obviously.

Functioning saved game is one of the most important features in a beta release since the game is expected to crash at some point. Having to start over from the beginning every times that happens would be frustrating.

To fix that potential problem, I’m now writing “reflection” code to describe the memory footprint of every objects in the game. This code is used to serialize the data to a file when saving and now using the same code I can validate if it cover all the object’s memory. If I forget to list a piece of data (like the ships’ current attack target for instance), the game will error out right at the start, printing out all the info I need to fix it quickly. This way I can be certain everything gets processed correctly otherwise the game won’t boot without letting me know. :D

Meanwhile, this month I’ve been helping the guys at Minority Media for their E3 demo. It’s part of my side contracting job that helps funding DSS directly. It’s a bit of a time delay for DSS but it’s also a good funding source.

As you might remember, I had been working on the massive enemy station called Nexus.

The last time I had posed about it here on the forums, I was just starting texturing.(Stephanierct.com)

By now, texturing on the main hub is finished.

In terms of art direction for the hub Stephanie establish what I refer to as a light/dark value duality. It’s often used in scifi, when you have contrasting white and dark/black materials. Here are a few examples of what I mean: 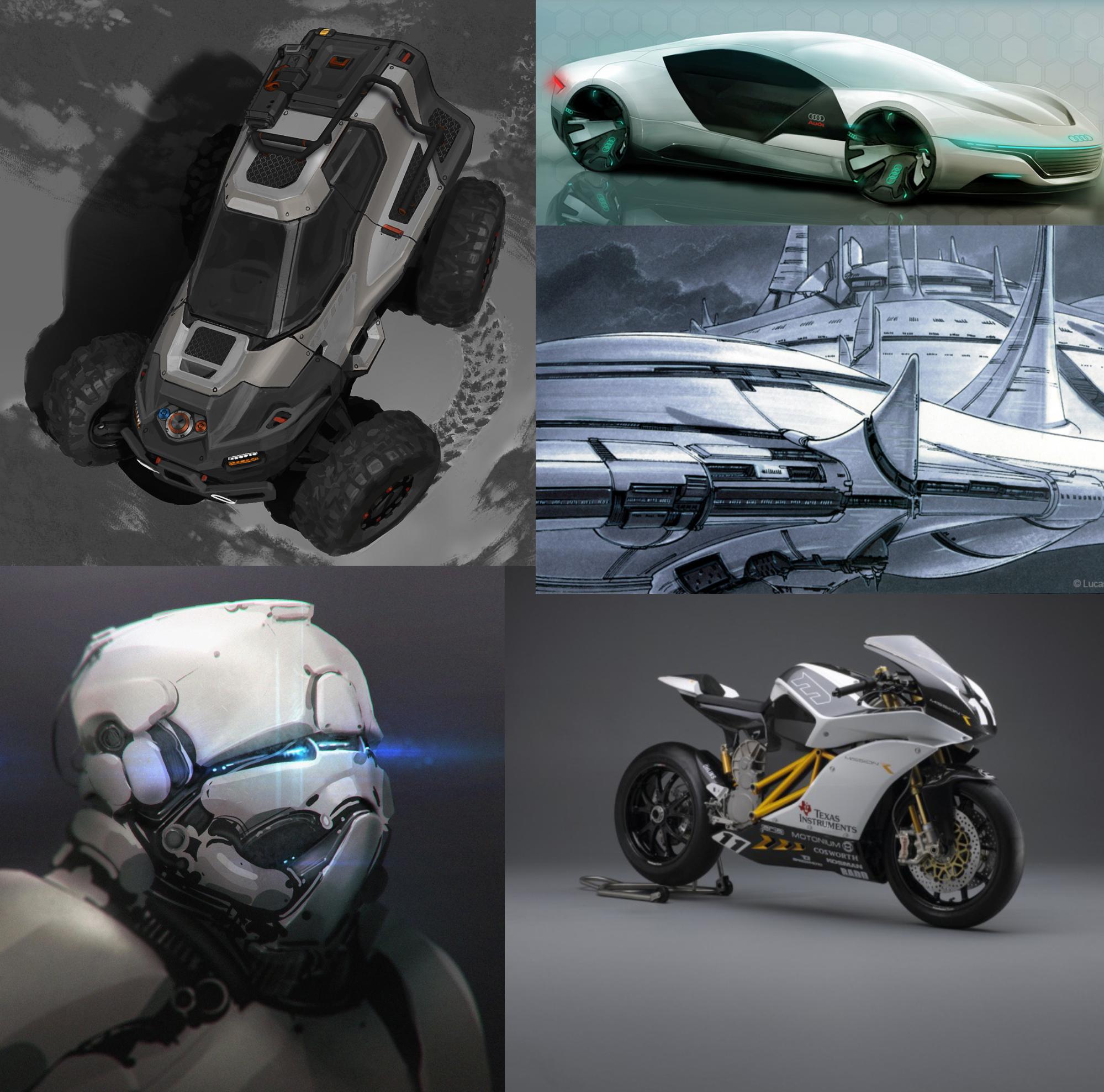 So, keeping that in mind, here’s a few images of my texturing progress: 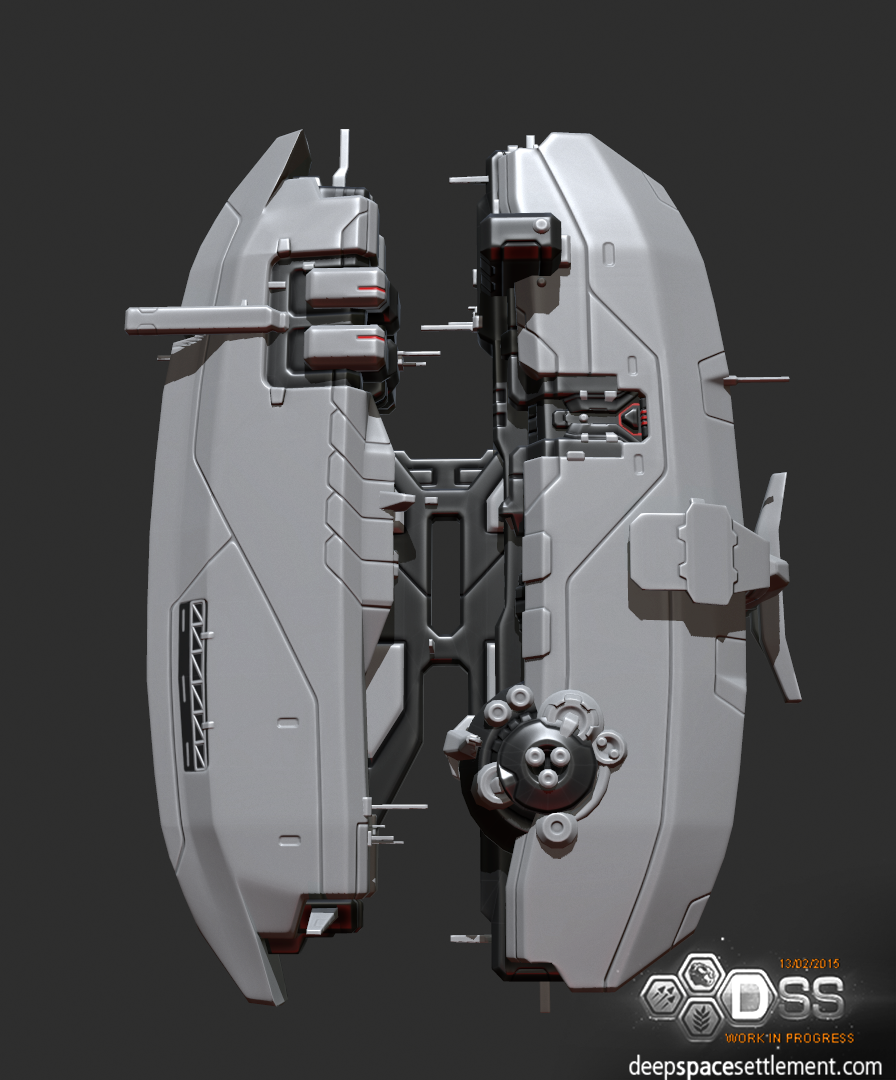 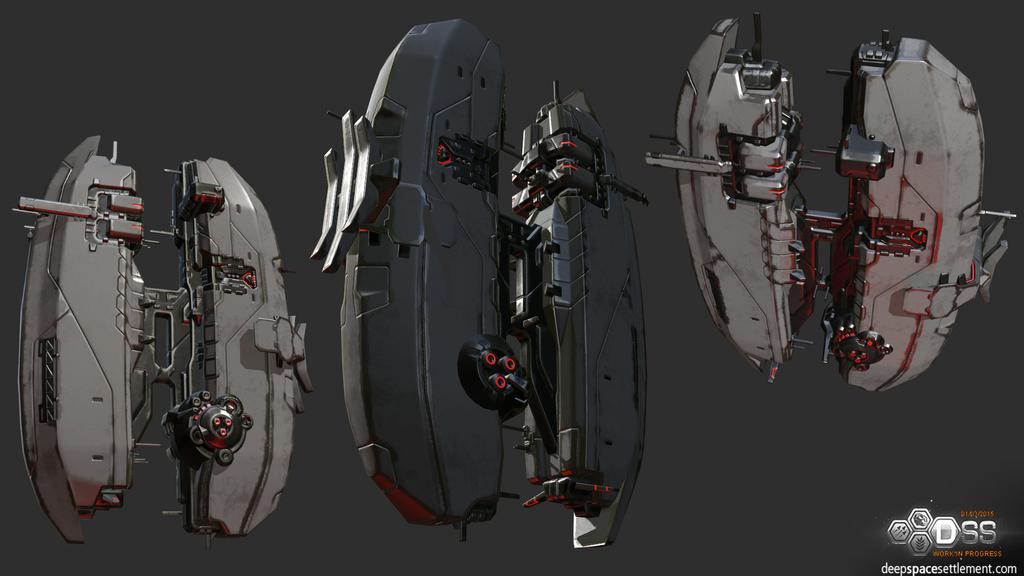 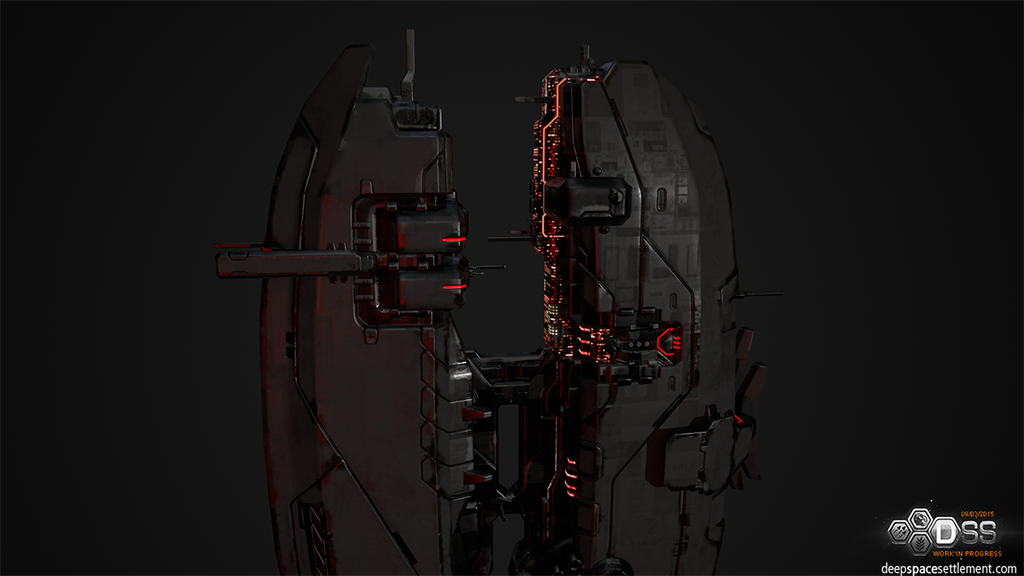 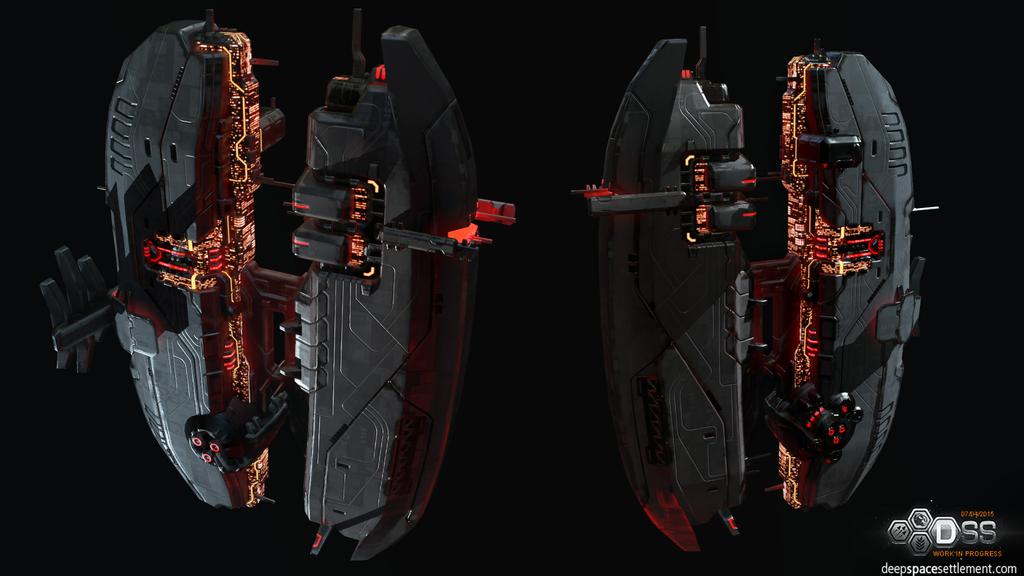 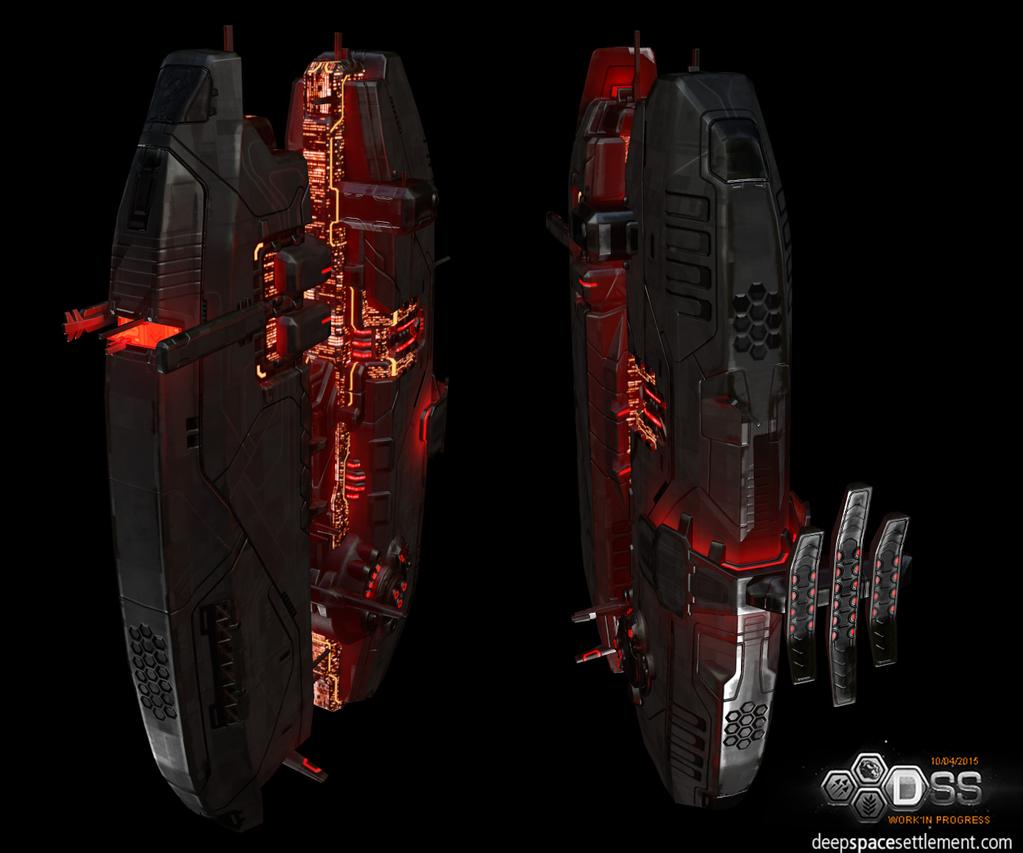 I don’t want to go too much into detail, but the story demanded that there’s heavy damage to the station so here’s what I came up with. 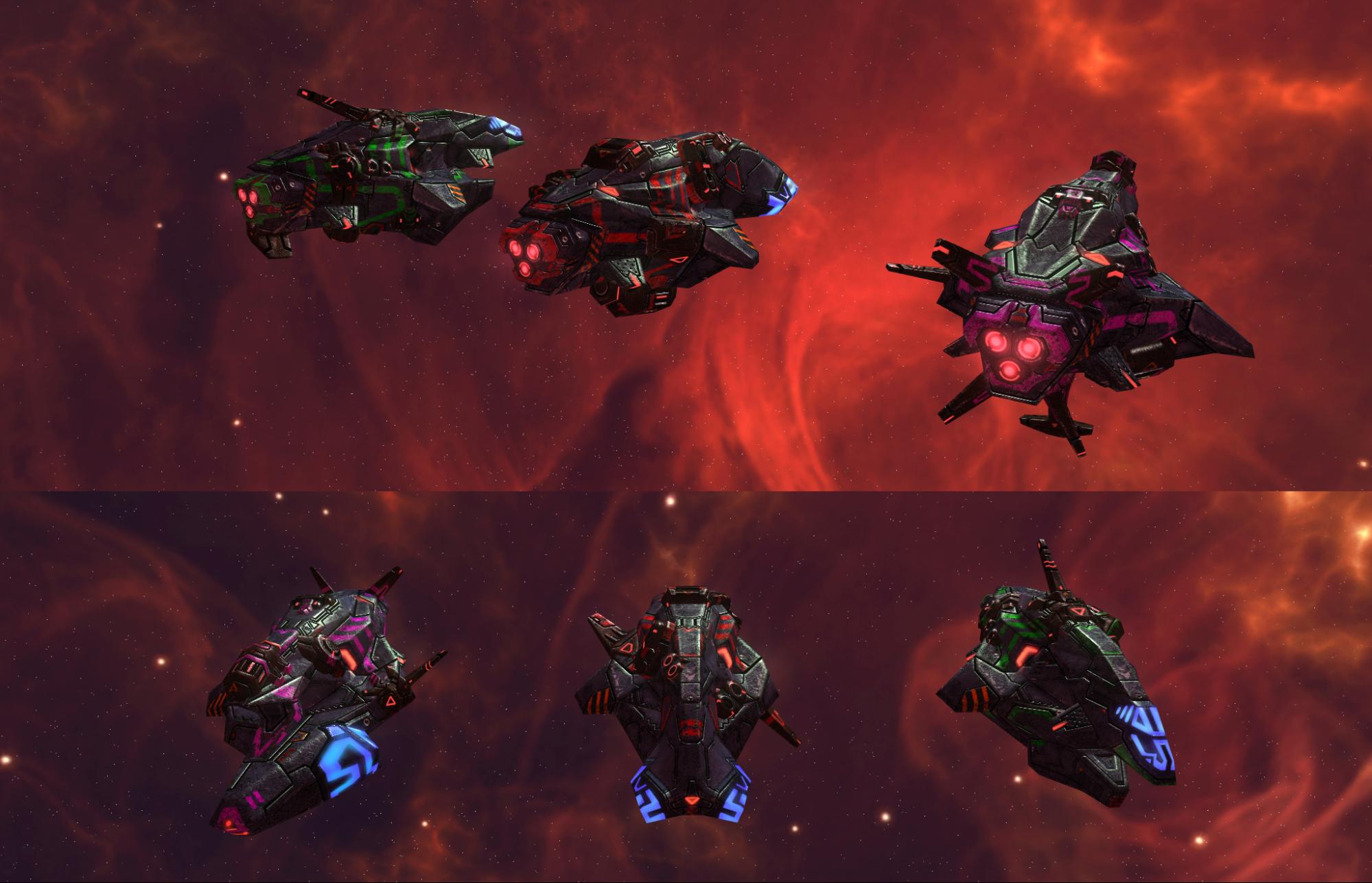 ...and you might wonder why they look so different, when they are both “the enemy”.

I don’t want to spoil too much, but these guys are in certain way borg-like - they take and adapt technology from races they conquer. Maybe stuff from you puny humans as well, we’ll see! :)

So, the corvettes and the nexus are in fact from different races.The nexus will have to build those corvettes though, and it does that through these triple corvette slipways: 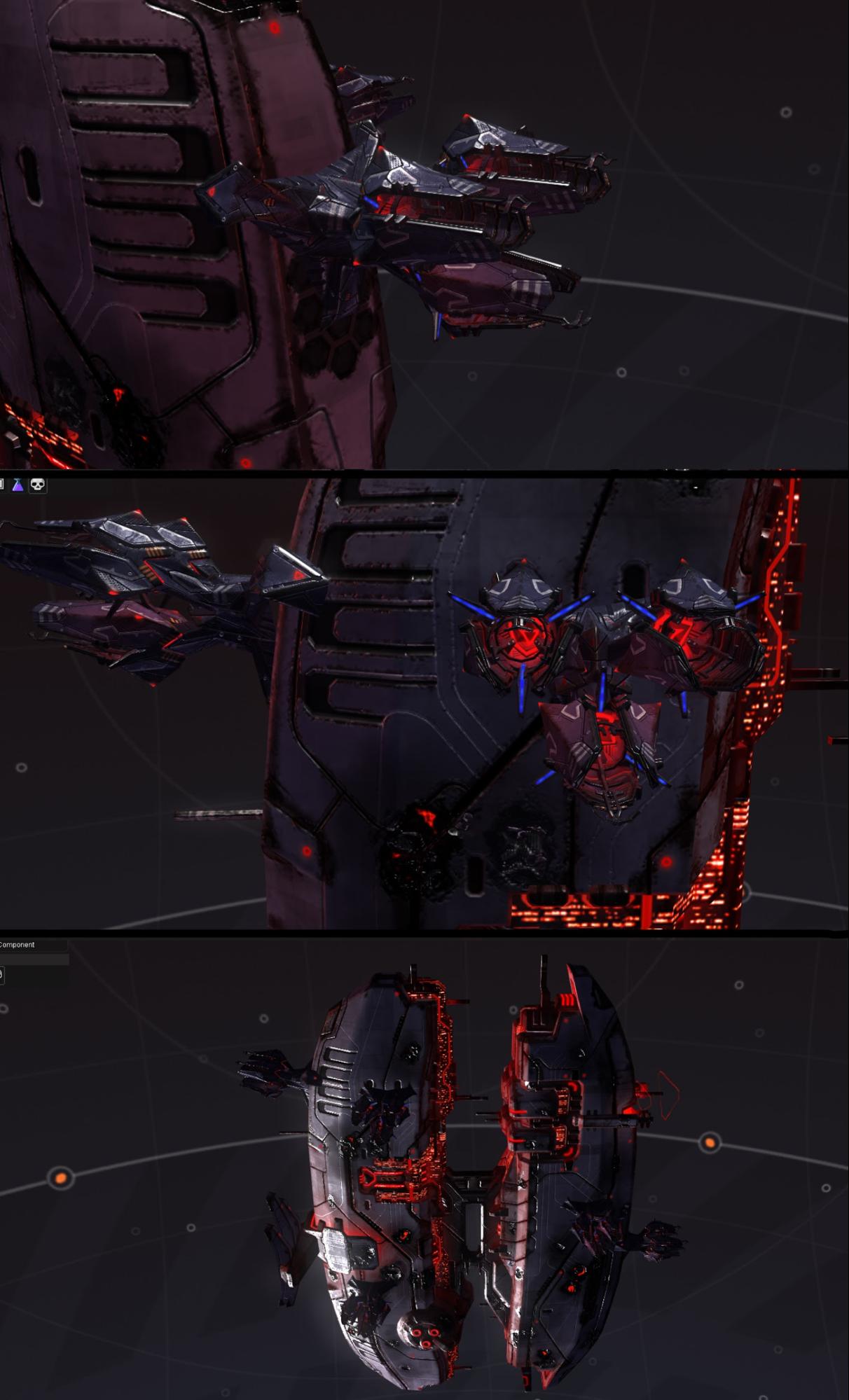 Furthermore, I’ve started work on a quad turret hub component for the nexus, as well as the appropriate turret for it. More on that in the next update.

As a sidenote, I’ve just switched from a desktop to a laptop(desktop replacement) as my main workstation and it’s become very obvious to me just how off the my two monitors are in terms of color/brightness.

So, If any of my previously posted images or even DSS screenshots seemed too dark to you, now you know why.

As a professional artist this is pretty embarrassing actually. I knew about the issue, but didn’t realise the extent of it. I just hope that my laptop screen is more representative of the majority of screens out there, so that what you get to see from me from now on is actually what I intend it to be.

Oh that also means, I’ll also have to lighten ALL textures I have done so far, but I intended to revisit them anyway.

Amazing! That station is amazing!!!!

I wasn't a huge fan of the nexus design at first, but now that i see it with textures on, it looks incredible. Especially the ingame pic has an amazing homeworld-esque feel to it that i totally love.

PS: I had no idea that you were female. I know it shouldn't matter, but somehow it just makes me happy knowing there are some women programming and designing kick-*** games out there.

Thanks man, glad you've come around :)

This is mind blowing - incredible work!