Last month news content (as some of you might have noticed) was highly affected by April Fools Day. The news were followed by a few complaints which were then followed by a post by me. Unfortunately, I feel very few took notice of it. SO, after a few more unfortunate short circuits and burned wires the light bulb finally lit up...

Intrigued? Well, the idea was very simple- reward people for being active members of this community, while not punishing those who remain dormant. And the solution we came up with is a new private board. The board will contain WIP images and content as well as different progress notes by our development team. To make it easier to understand I made up a short list of Questions you most likely could have about now:
Q: Wait, what? If it will be a private board, how will we access it!!
A: Simple, only the most active members of the community will get access to it.

Q: Oh.. mm, spam away!
A: Unfortunately, it wont be that easy. Just having a huge post amount will not get you the access, your posts must make sense and they must be useful for the community. Spamming will not work.

Q: Fine, I will make some useful posts, get the access to the board and drop dead again. Muahaha, bet ya didn't think about that :P
A: Well, actually, The members who have access to the board will be monitored and those who become inactive again will lose their privilege.

Q: Oh..But why not just make these updates public? Then everyone will be happy :)
A: That's true. But it will in no way improve the situation in the forums and can result in even more confusion

Q: You are so mean.. so, so mean.. what if I don't have the time to be so active?
A: Well, at the end of each month we will still summarise our work and make these monthly news, so in the bigger picture, nothing will change for those who do not participate in keeping our forums active. But for those who do participate, this will come as a reward for their effort.
Q: But.. what if I can't think of anything new to talk about?? Especially now when SG1 and Atlantis are finished and will get no new stuff for discussion at least until their movies are done and Universe is due only in October.. And there's only that much we can talk about legacy from mere screenshots and announcements..
A: Well, we realise that too. That is why there is an Off Topic section. Although don't think that posting random stuff from other websites will get you that access to the private board

Q: Ok. One last question.. Who killed Kenny??
A: It was a team effort.
So, I hope this clarified a few things. If you do have more questions, feel free to ask. Members who are active enough to get the access to this board will be contacted trough Personal Messages. But that will most likely be at the beginning or end of month although not necessarily (depends on variety of factors really)

But now, to the promised land! .. of the screenshots

Along with new weapons and stuff we are updating maps too. Yup. Better optimized, with more detail and as important- with better layout. Our goal for Beta2 is to make map layouts in a way, that for each path in the map, there could be a parallel road the player could use. That should definitely improve gameplay and along with the new class system and character special abilities it should provide room for great tactical battles, while leaving the possibility for lone players who don't care about tactics to have fun just killing each other.

But all the changes of maps mean that it is almost completely useless to try updating what we already have and instead we are working on completely new versions of the existing maps, as well as completely new maps. And here, something I have worked on myself- the new version of sgl_conquest. 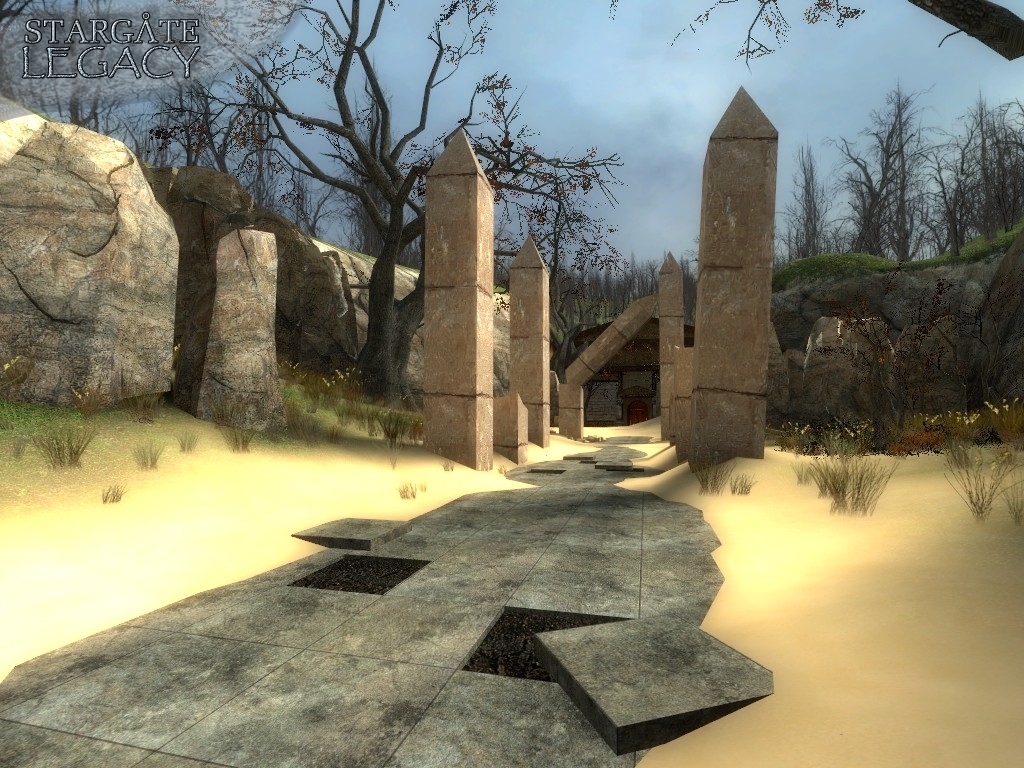 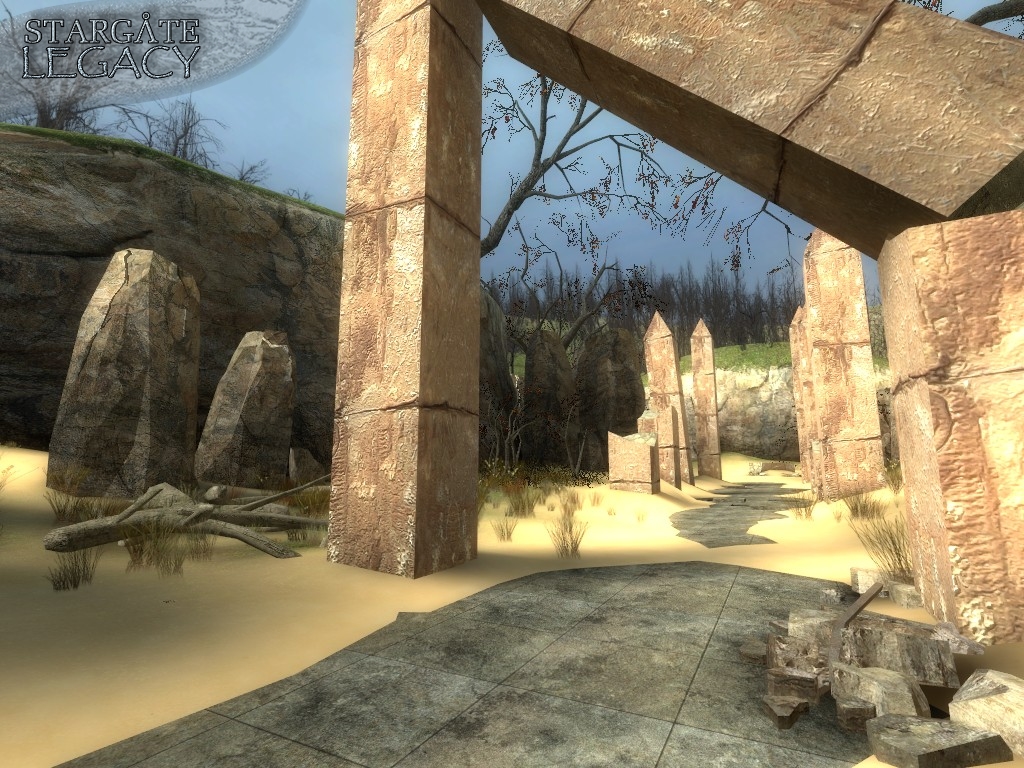 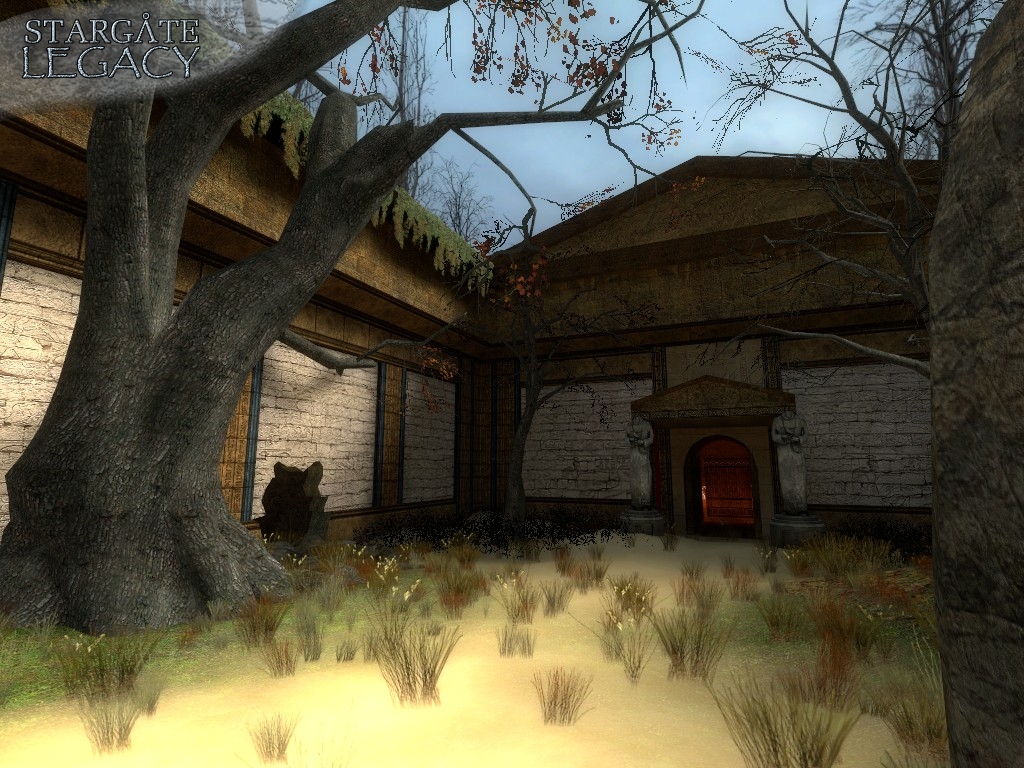 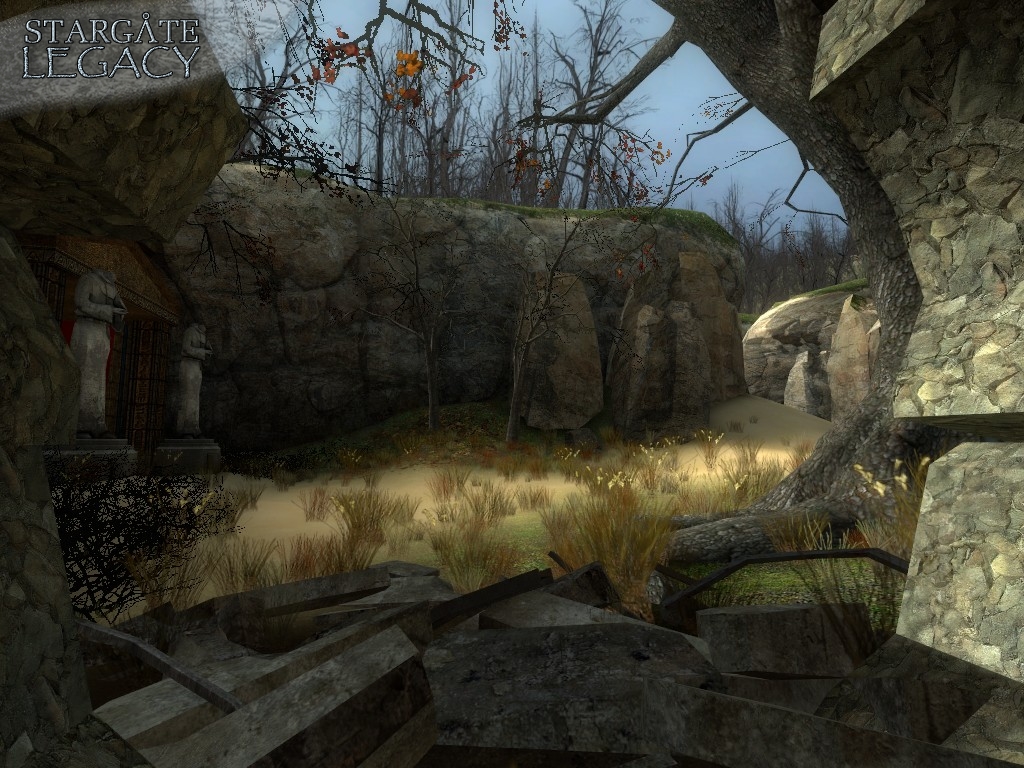 I am still looking on improving the look and feel of the map so you might see changes there. And if you feel you know what exactly the map needs you can post and make suggestions in our forums.

I hope this works out, and you get the attention in the forums you are looking for, anyway nice looking like high quality levels! keep it up :)

rather than hoping, why dont you go over there and post something!!!

Thanks for the kind words guys :)

Execellent job. Respect to the mapper!

The new map is looking very very nice based on those screeshots! They look "Quality"! Nice work Furious!

Any news on new character/player models since beta 1? Those old TC models were the only main thing that let your last release down imo, but it was still fun to play all the same! So yea... new player models for beta 2 would be awesome!

Keep up the good work and also keep us all informed about those models! ;)

hehe Yeah, character models (Tau'ri in particular) is another thing I am working on parallel to mapping. I'm getting close to finishing one so you all will see the model soon. Possibly even in next month news, although hard to say since due to end of year at university and upcoming exams I will have very little free time.
I'll do my best though :)