(Mod no longer in development)

Stargate: Legacy started off as a conversion of the popular StargateTC to the source engine, but now is an independent mod using the latest Source engine technologies. For those who might not know, SGL, just like SGTC, is based on the popular TV show Stargate SG-1.

Choose your side and enter the epic battle between Tau'ri and Goa'uld. Fight your way trough the well known locations of the Stargate universe such as the SGC and Goa'uld motherships, as well as various alien worlds.

If you are looking for the unreleased, new version of Stargate Legacy, it has moved here. 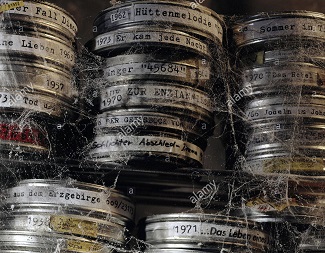 Website back up from old archived copy. I have had to update the forum software so it's a new theme.

Feel free to discuss Stargate Gaming on the fourms if you wish and if you go on StargateTC v1.0 for Half life 1 we have some servers up with bots!

The mod will not be back in development. This website is only back up for archival and community spirit purposes.

Servers for other historic Stargate Games...

Spring cleaning!! (even if it is summer.)

Welcome to the June 2010 News This month we have all be battling with those dreaded things they call exams. Because of this, development had been halted...

Welcome to the May 2010 News Spring is in full swing and summer is just around the corner. Good times. It's also the time of year when exams start for...

Hello there people. Did you like our little April Fools joke? Yes? Good. We have had to postpone the new feature we were due to start this month due to...

This is the 1.0.0 to 1.0.5 server patch fixing numerous bugs and game play problems. Please make sure you have BETA 1 installed before installing this...

This is the 1.0.0 to 1.0.5 client patch fixing numerous bugs and game play problems. Please make sure you have BETA 1 installed before installing this...

Client files for Stargate Legacy by the Stargate: Legacy Dev Team. This is a single and multiplayer mod set in the popular film and television series...

Important Notice for Downloaders THIS IS A PUBLIC TEST BETA ONLY. IT USES LOW-LOD MODELS AS PLACEHOLDERS IF YOU DO NOT UNDERSTAND THIS PLEASE DO NOT DOWNLOAD...

Stargate Legacy Server Version (Beta 1 RC1) Please do not attempt to install on client, this version is for servers only, please visit www.stargatelegacy.info...

I haven't got any of the maps i see pictures of, and i have downloaded the client patch.

awww i would love to play this mod

Well you will be able to, eventually.

I not find servers in game ? Is this MP mod dead ?

BETA 1 is dead but we're working on BETA 2 so it won't be dead once it's released. And before you ask we don't know when we will be releasing it.