As the year rolls slowly onwards work here at Ham and Jam HQ rumbles on through the ever lengthening nights. With the help of Deceiver we have now finished all the weapon model skins for v1.0. The two Bren variants (Mk1 pre 1941 and Mk2 post 1941) are code wise identical, however with the visual changes you find yourself having to adjust ever so slightly. Both have the awkward magazine position which really affects your view when deployed which can often result in some paranoid defending.

The Bren is a great weapon for providing heavy support fire on the move but its small magazine size and accuracy doesn't lend itself to prolonged periods of defence. This is where the MG34 excels. 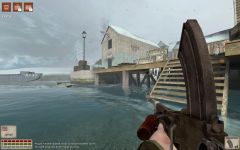 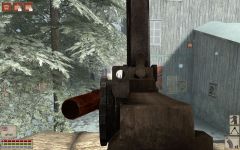 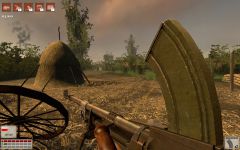 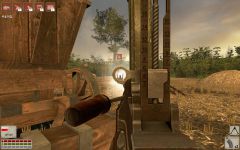 As I said last month, we plan to have more and more videos up in the coming weeks and months in the build up to release. This first video shows a bit of rifle action, however I'm a rubbish rifle shot so take that into consideration.


Next we have some footage of the MG34 providing forward support for the German advance on haj_mercury, note however haj_mercury is heavily WIP:

Other aspects of the mod have progressed well over the last month as well, with SteveUK implementing numerous minor yet essential features, such as team specific blocking entities giving warnings as to why you are being stopped. This has hugely cut down on the amount of "wtf?" reports we've been getting from our testers as now you have some clear visual feedback on why you are being stopped. Other minor stuff includes better implementation of the vaulting and deploy systems along with relevant icons to indicate whether you can or cannot use the ability. Again this cuts down on the "wtf, why can't I vault?" reports. 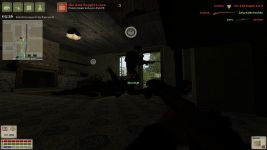 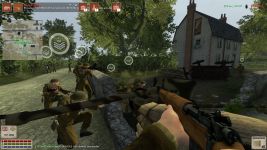 Jed has been scratching his head over our helmet system and is in the final stages of implementing a new revised system. Originally the helmets were included in the model and toggled via a model group, a simple but effective system. However with more and more helmets being added it was getting annoying have to recompile the player model every time a new helmet model or helmet skin was added. Now the models are attached to the player models in realtime and can be shot/blown off in a more realistic fashion. This also allows a much easier implementation and the possibility for future customisation. 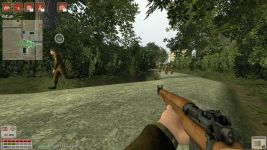 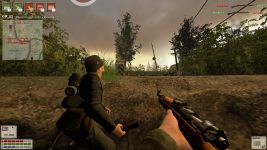 mXed has been busy at work with his college work which has been...working on HaJ. He managed to wrangle one of his self directed study modules to essentially be for HaJ and has knocked out a ton of new content in a short space of time. We don't think anything of it will be in 1.0 but we can't be sure (hence the lack of details here to minimise moaning when it doesn't turn up). When it does arrive however it will certainly give you more toys to kill people with and other player models to use. 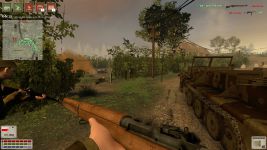 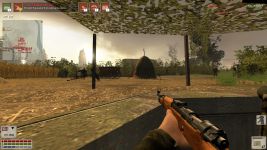 Map wise both myself and surgeon have been hard at work finalising all our maps for 1.0 which includes the ever tedious clipping stage. Some of the testers have been very sneaky and been getting out the maps so we've fully clipped the maps to stop that happening. 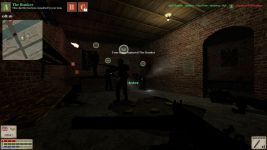 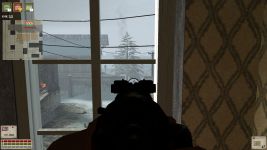 I'm really liking the look of those guns and how they handle in the videos! The looks of the maps are impressive as well, they look like they play amazingly. Keep up the great work :D

Cant wait to get me some tommies! All is looking good to me. Though am I the only one who thinks the rifle sound is a bit on the weak side?

this looks just like any other ww2 game. realism or not, i'm expecting more. first thing they can do is add different uniforms. enough of the greenish grey germans and the brownish tan allies.

They be in "Red Orchestra" and it's "Darkest hour" mod or "Mare Nostrum" mod, the best (IMO) multiplayer WW2 FPS game on the market right now, with 2 awesome total conversions to boot (aside from WW2 online which IMO, is the best MMO ww2 game).

Anyway, this is looking really nice, considering where this mod started, I can definately see the amount of progression it has made now, and it's awesome to see. The only thing that I could nitpick at is not being able to drive the tank vehicles around, but that's ok :)

The original RO mod had much more uniform variety than the retail game :(

Other kit and uniform variations will come in time. It's purely down to the time needed to weight/UV new combo's that has put them on the back burner for now.

I'm sure you'd rather have the game sooner than us spend an extra month knocking out kit variations.

Actually, I'd rather wait for the perfect game than get an unfinished one sooner.

Hey, I wonder if you've ever heard of patches or updates? Since when was not having every kit combination a sign of an incomplete game?

Theres no such thing as the perfect game. Everyone has different tastes.

If it comes down the smocks and coats that differentiate us to "every other ww2 game" then I think we've missed the mark by a milestone and have bigger priorities than inconsequential cosmetic details that can be added later.

No, that's not what I meant. What I meant was that I don't mind waiting for the 'best possible' game. I'm sorry if you don't think perfect was a good word.

And I don't really believe in patches and updates. Why not just finish your game and be done with it? It looks great as it is, but I don't think the attitude of "we'll add it in after release" will work. What you want to do is to amaze players from the begining, because a lot of people install it once, and if they don't like it won't install it again. Even if it's 20 times better.

EA did it with Bad Company 2, and all it did was leave an unfinished feel to thousands of gamers, you don't want that. I'm just saying this because, I really do want the best for the mod.

The gameplay itself is very complete, just adding more CONTENT doesn't really add to the feeling of completeness.

TBD = To Be Decided
WIP = Work In Process

Though i still dont know what "Coming Q2" means :/

Q2 means quarter 2. A year is comprised of 4 quarters.

Make your own pain sounds, please...
Other than that everything is excellent~!!

I really think that maybe making those cornfields a bit higher res would really improve the map. They just look a bit blurry at the moment.

Did I just see the MG gunner kill someone through the wall? Awesome

Sure did, bullets penetrate various distances depending on bullet size and material density.