Ham and Jam is a teamplay orientated, first person WW2 multiplayer game centred around the British and Commonwealth campaigns from 1939-45. Historically accurate missions coupled with careful balance between realistic and enjoyable gameplay makes Ham and Jam a unique experience.

Ham and Jam started out as an idea between it's two main developers as an alternative to the tired old "U.S./Russia vs. Germany, post June 6th 1944" formulae WW2 games seem to use. Fed-up with everything prior to D-Day being ignored, the North West Europe theatre and the lack of British, Commonwealth and Free Forces they decided to do something about it...

The goal was clear - to make a WW2 mod that featured all the "missing" bits of WW2 history, portray it in a historically accurate way but without detracting from the fun or playability by overdoing realism. In short the kind of game they and their friends would like to play. Rather than a deathmatch gameplay style, Ham and Jam is all about teamwork as were the real battles. Each map is set-out with objectives and as a team you must fight to complete them to win.

From the start, Ham and Jam has had an interesting development ethos. First of all, there is no real "team", only a few core "leaders" and everyone else is a contributor free to add whatever they like. There is no commitment to the mod full time - you can choose to work on it for a month, a week or simply donate a few textures and leave, it's entirely up to you. Also we follow a strict policy of "No Bullshots" - we will only post pictures of things that actually exist or are about to go into the game.

The mod is an on-going work-in-progress. We aim to release updates often rather than store them up for months and hope to have an open and productive dialog with our players. Ham and Jam is a hobby for us and something we do for fun and that's how we intend to keep the development process.

The name comes from the original code words for the capture of the Pegasus/Orne bridges on D-Day. Ham was for Pegasus, Jam for the Orne bridge. Ham and Jam denoted that both bridges had been captured intact.

For more frequently asked questions about the mod, refer to the FAQ located on our website.

An early (but late) Christmas present

Over the following years we built the team up to a solid set of core contributors and other tag alongs who helped where they could and we got so close to a release, except that day was about 3 years ago not today. Everything had been going well and we had weekly or fortnightly tests often with a full server and then things kind of just...stopped. Unlike a lot of mod teams most of us were in our late 20's and 30's and had other things to do instead of sit around all night and make video games. Most of us were at University or tied down with other big life events (babies and marriage being a common theme) and one by one we all got caught up in something that required more time than we had.

Jed had to step down his involvement in the mod for various reasons and I took up a lot more of the responsibilities and then in a bizarre turn of events I went from being a unemployed graduate to being offered a job at a video games company to being made redundant and then re-employed at another game studio all within 3 weeks. It was a tumultuous time and was the beginning of a slippery slope of slowing progress. The rest of the team did their best but with the leadership effectively removed and unable to give the time needed things slowly dropped off and more and more of the team slowly slipped away.

But that's not the end of the story, not yet.

Today we finally release what we had, in the state it was when production effectively stopped therefore you should download this with expectations to match. It is quite rough around the edges, things are not explained (theres no user manual for starters!) and you may run into some large bugs. It is not the release we wanted to give but it shows the direction we were going. Whilst its not quite there, its unfair to keep everyones hard work from being seen in public and hopefully what there is will be happily received, especially for those who never got to see the finished product. 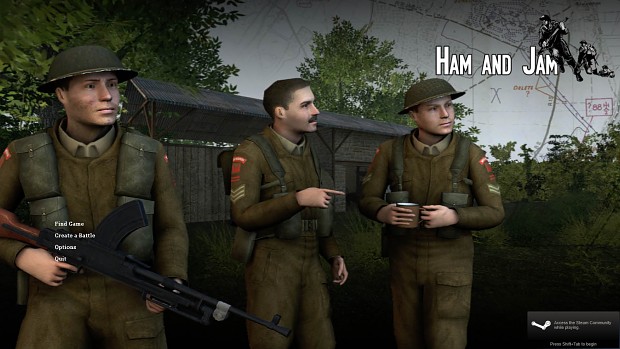 Ham and Jam Torrent Link
Hamandjam.org
Extract the files into your *\Steam\SteamApps\SourceMods folder. You will need access to SourceSDK 2006 to run this, this is a free download through Steam: 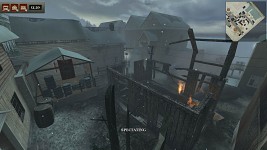 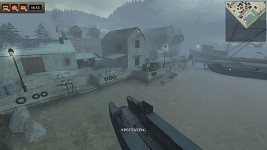 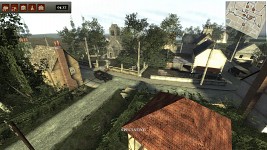 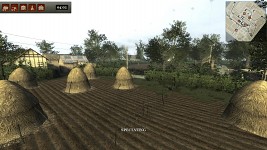 Where do we go from here? Unfortunately not very far. The remnants core team does not have anything like the time they used to have, quite a few are now employed in the games industry all around the world, and the mod is seriously out of date engine wise. It's a good couple of iterations of the Source Engine back and the sole remaining coder no longer has a version of Visual Studio that can compile our ancient code base so the chances of any 1.1 code fixes are limited. We certainly have a few levels that are work in progress that we'd love to share at some point if we can update Hammer to work with the latest Steam structure and probably the biggest gap to cross is the financial one. We used to be able to get a heavily subsidised SVN server but that company no longer exists and gone are the days where you could exchange advertising for reduced fee's, we simply can't afford £600/year to keep the SVN server going. 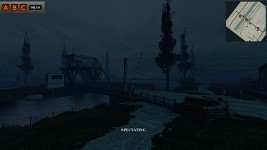 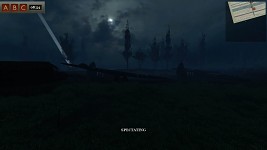 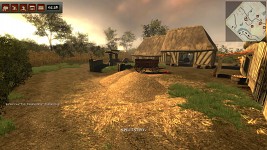 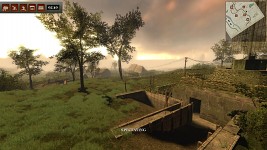 People have asked if they can carry on the mod without Jed or I and that's something we aren't willing to approve as its our "baby" and we want to keep things the way we want, we may at some point develop something new with the same base. Feel free to take inspiration from what we've done, its a great core concept and surely WW2 will come back into popularity someday!If you have any questions, queries, bug reports or anything to say then pop into the forum and ask away, someone will be there to give you the answers. 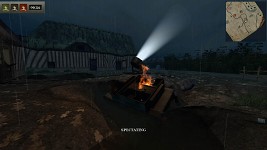 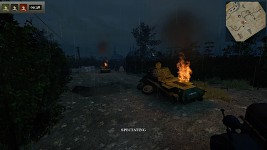 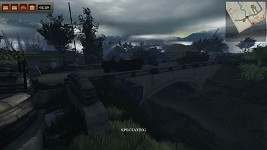 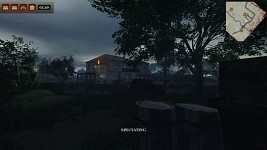 I have updated the team page so everyone has credit where its due so if you see you're not on there and did something then please get in touch, I've trawled through many pages of forum notes and handwritten notes to try and get everyone on there.

Best of luck on the battlefield,

The Ham and Jam Team

In memory of Mitchell “Engineer” Keesee

It’s with a sad heart that I have to report that the Ham and Jam team has suffered the loss of one of our earliest and long serving team members.

Airborne, interviews and the dev process

Time goes by quickly and I hadn’t realised it’s been three months since we last posted an update. Sorry about that.

It’s probably not gone un-noticed that we missed our planned release date of 6th June. I’m sorry about that and let me apologise for the shabby way...

The countdown to D-Day

Our apologies for the obvious lack of recent updates about Ham and Jam. The past three months have been very chaotic what with John leaving us to work...

The first release of the mod, after nearly 4 years on inactive development so it is very rough around the edges. See the main site for details on what...

what names of games is version of source engine 2006 ? my game es no-steam and no open .. ¿ can create you game and with hl2 together ? sorry .. I'm bad for English

We need to somehow merge this mod with Resistance and Liberation and it will become what Day of Defeat source was meant to be! If someone out there could do this.

They don't want anyone messing with their work so doing so will result in conflict.

I've always been a big fan of world war 2 mods! Do you guys mind if you can make more maps?

Can somebody tell me if people play this anymore? Last time I've checked,there were no servers being hosted at all.

Yeah im looking for servers to play this as well

To all: My Realism Unit has decided to branched out to get involve with Ham and Jam. However, we are primarily a WW1 Source unit so our HaJ action will be limited, although we will be recruiting for it, but have serious doubts enough interest will be there once WW1 Source does it's massive update to Version 2.0, so aside from matches, all our actual training will be held still in WW1 Source (Recruit Training and unit drills once per month).

As stated previously, we are taking a more limited role in Ham and Jam. We are offering these times below that we can promise large crowds (32 players), but at these times only. Our Marines are allowed to play HaJ outside of these times,but again, WW1 Source is where our focus is and is where we are seeing the most steady growth in. With this being a 100% dead/finished mod for the developer team, we do not hold any hopes of seeing a steady stream of new players. BUT IF YOU ARE NEW TO HAJ, DOWNLOAD IT! IT IS AN AMAZING GAME! DO NOT PASS THIS UP!

All of these are scheduled on our Public Steam Group, however keep in mind we also contain our WW1 Source events there (which are more sporadic and regular throughout the week).
Steamcommunity.com

Are server still on?

good mod but why is so dead?

If you'll bother to you'll find out why.

bother to read i mean

Multiplayer
Tags
Embed Buttons
Link to Ham and Jam by selecting a button and using the embed code provided more...