This week I fought against invisible doors, silence and delays. But it was worth it...the game is done!

Apologies for this update being a day late, but I think I have a fairly adequate excuse: The game is done! I've just finished the final QA run and unless an external tester finds something on fire, the game will release as scheduled this Friday. Rejoice! Or remain indifferent I suppose.

As you can imagine this week was a very busy one. I've added the final bits and pieces, tightened the last screws, added some polish and put everything through its paces. The levels are done, the sound is in, the credits are credited, this thing is almost a real game now!

But let's break it down a bit more. The first task was to go through all the levels again to adjust some setpieces and make sure they were as balanced as I could make them. I've also added some graphical details to make them a bit more visually appealing and interesting. 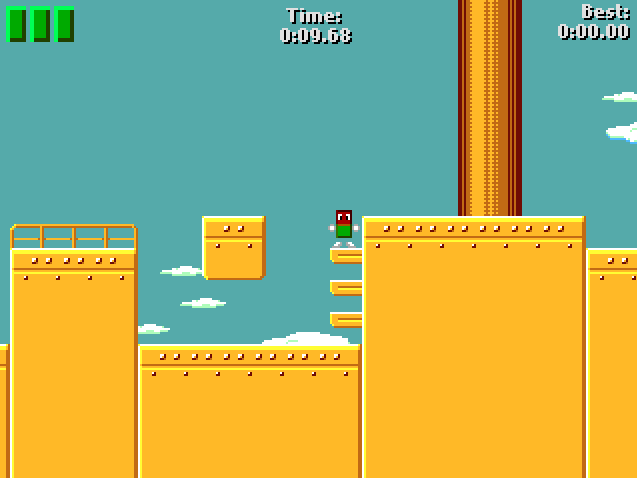 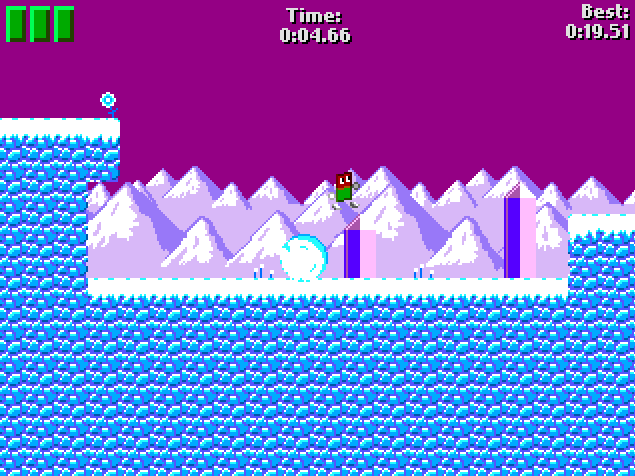 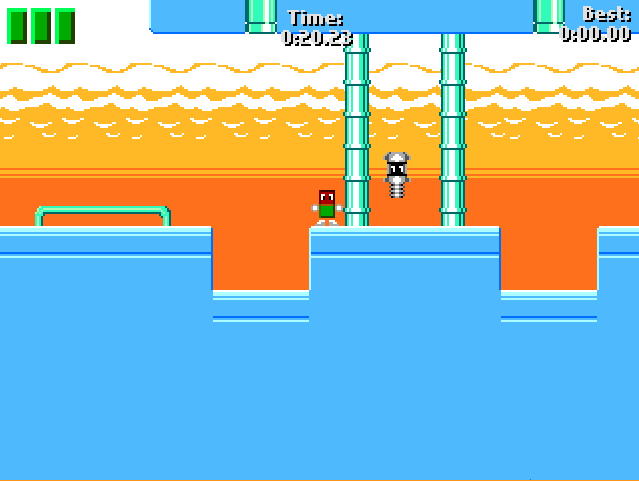 Then came the sound. I've already had most basic sounds in the game but there were still a few missing, like for swimming or snowballs crashing into walls. The music was done by the great SuperSmashDan aka Daniel Saunders so it's pretty much the best thing in the game. Want a taste? Here you go:

I've also fixed the final few bugs (that I was able to find at least). Once again I've seen how vital it is to go through your entire game front to back, as you will always find issues that you've never seen before: In this case the biggest one was that the order of the levels was screwed up. Up until then I had always used the level select to test individual stages, but when I first tried to play through the entire game I noticed that it would send you straight to the Factory world after you were done with the Ice world (thereby skipping all 10 water stages).

Another bug actually made some elements of the stage invisible, because the background layer of the tilemap (which had not been in the game until this week) was overlapping some objects. This lead to situations where you had to pull invisible switches to open invisible doors in order to progress. Now that's good game design. 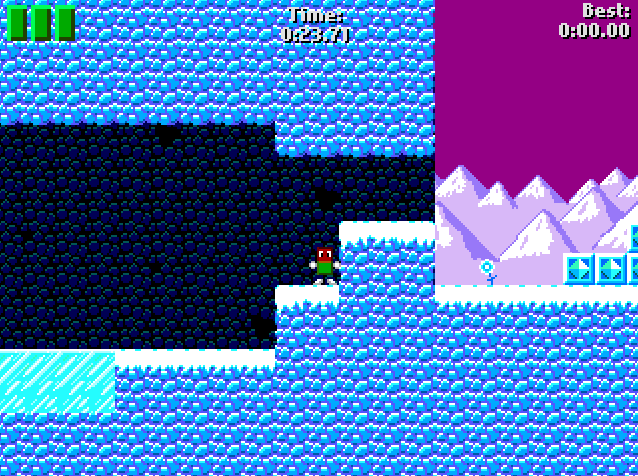 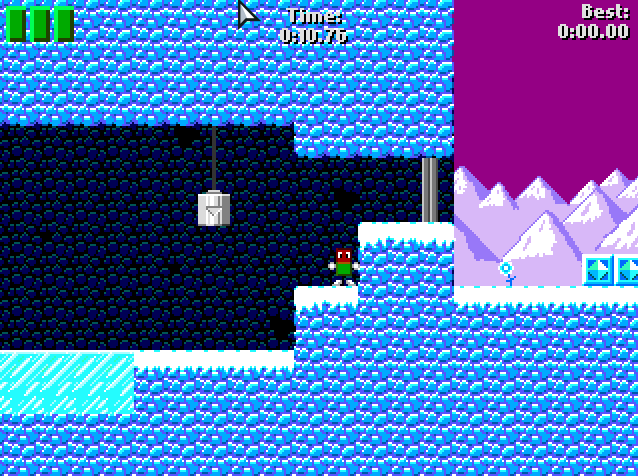 ...and what it should have looked like. The collision was still there,
so I'm sure players would have been slightly confused...

After all of this was said and done I only had to add the credits. Since I've developed this game solo (apart from the music) there's not exactly a lot of names to list, so I had to get a bit creative with the credits to pad out the runtime a bit...you'll see what I mean when you've managed to beat the game.

And I guess that's it for the final regular update! The game releases this Friday, so I'll probably make another post then but to make sure you don't miss the release might want to follow me on Twitter.