Things get wet and wild this week as we enter water world! Also there are lasers and unstable fans.

Development is progressing swiftly and the release of the game draws near! This week was mostly spent working on more content, as I've moved on from the frozen tundra to the water stages where pipes, pools and new enemies await! Before I pile on the details, here's a quick first peek: 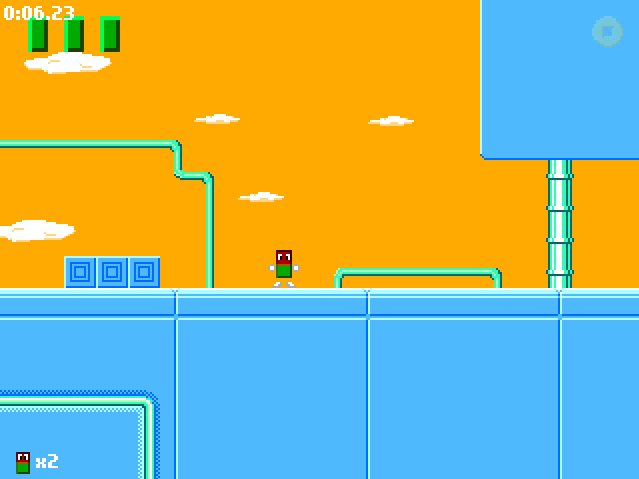 Now, what sort of things can you expect to see? Well, the main obstacle will be water in various forms. Rushing currents will pull you this way and that, pools will require you to hop across swimming boxes and pipes drop streams of water that...well, they won't kill you, but you'd better not touch them if you're above a pit.

Coding these streams of water wasn't quite as easy as I had hoped, mainly because I had to rework a class I was already using for the wind zones in the air stages. While this meant that I didn't have to reinvent the basic functionality, it also lead to a few...let's say unforeseen irregularities. For example, my fans all kinda fell over. 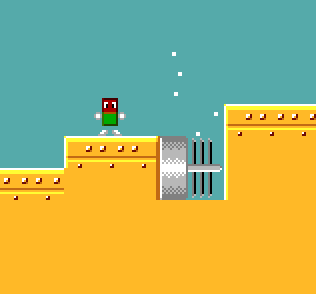 But that got sorted out after a while and I ended up with a nice system that lets me create water streams of varying length and force. Oh and speaking of falling over, I've started to add some more animation to the enemies, mainly when they get hit. The regular bots for example now spin when you magnet-push them:

Too exciting for you? Well, now you don't have to worry about sensory overload as you can pause the game at any time. Yes, I've implemented the most exciting feature present in any game: A pause button. Behold! 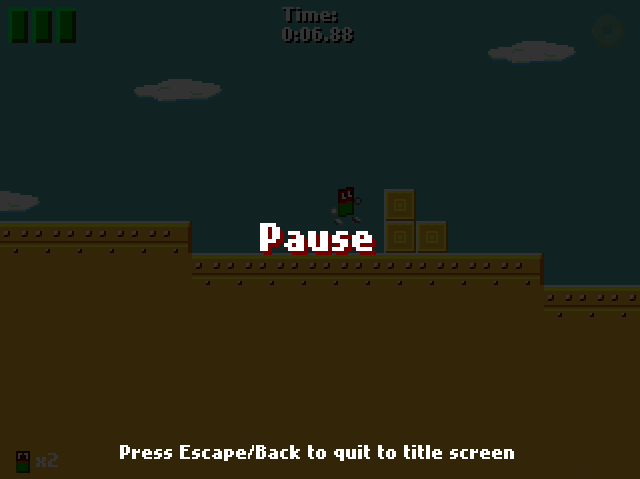 Apart from that I've also added some other basic stuff, like saving and loading. Thrilling, I know. To offset all the excitement, let me show you something incredibly boring and uninteresting: A "laser".

These lasers are actually supposed to go in the factory stages (the final world of the game) but I got excited and decided to already implement them. All things considered it went really well, one of those "I thought of it, I coded it, it worked" kind of deals. I'm also a bit unreasonably proud of the way I implemented them, as it's rather efficient while at the same time being basically cheating. But hey, it works!

And that's it for this week. Next week will be a bit cluttered with other stuff, but I'll still try and keep this pace of development. If all goes to plan, the game might be ready for release in about two weeks...? I'm not feeling all that confident but hey, I feel good about this. We shall see.

Oh and before I leave: Go play the alpha if you haven't yet! I'm always looking for feedback, so take that as an excuse to play the game and yell at me!