Daemonion gets his hands dirty with a real SLR-107fr and a P99 to demonstrate 1st vs 3rd person weapon audio.

Remember my previous post where I rattled on about 1st vs 3rd person weapon audio? How I said I'd demonstrate the difference for you (using real guns) shortly? Well, that time is now, my friends.

I used two different microphones for this - an H4N field recorder in stereo and a Rode NTG2 Shotgun in mono. Please note that this audio is all FOR DEMONSTRATION PURPOSES ONLY. This is not the audio I will use in-game, and it is not edited. I don't have hardware limiters and my pre-amps aren't equipped for this kind of work with these mics. I am merely showing the principals at work here; the principal being that guns sound significantly different at varying distances. That is why I knew I needed to try to edit the in-game scripting to reflect this - and I succeeded, thankfully.

Please give a round of applause to my good friend, Jonn, who helped me out with recording/filming. Hilariously, although he has never played STALKER, he managed to dress the role of Bandit quite well (and by total accident). 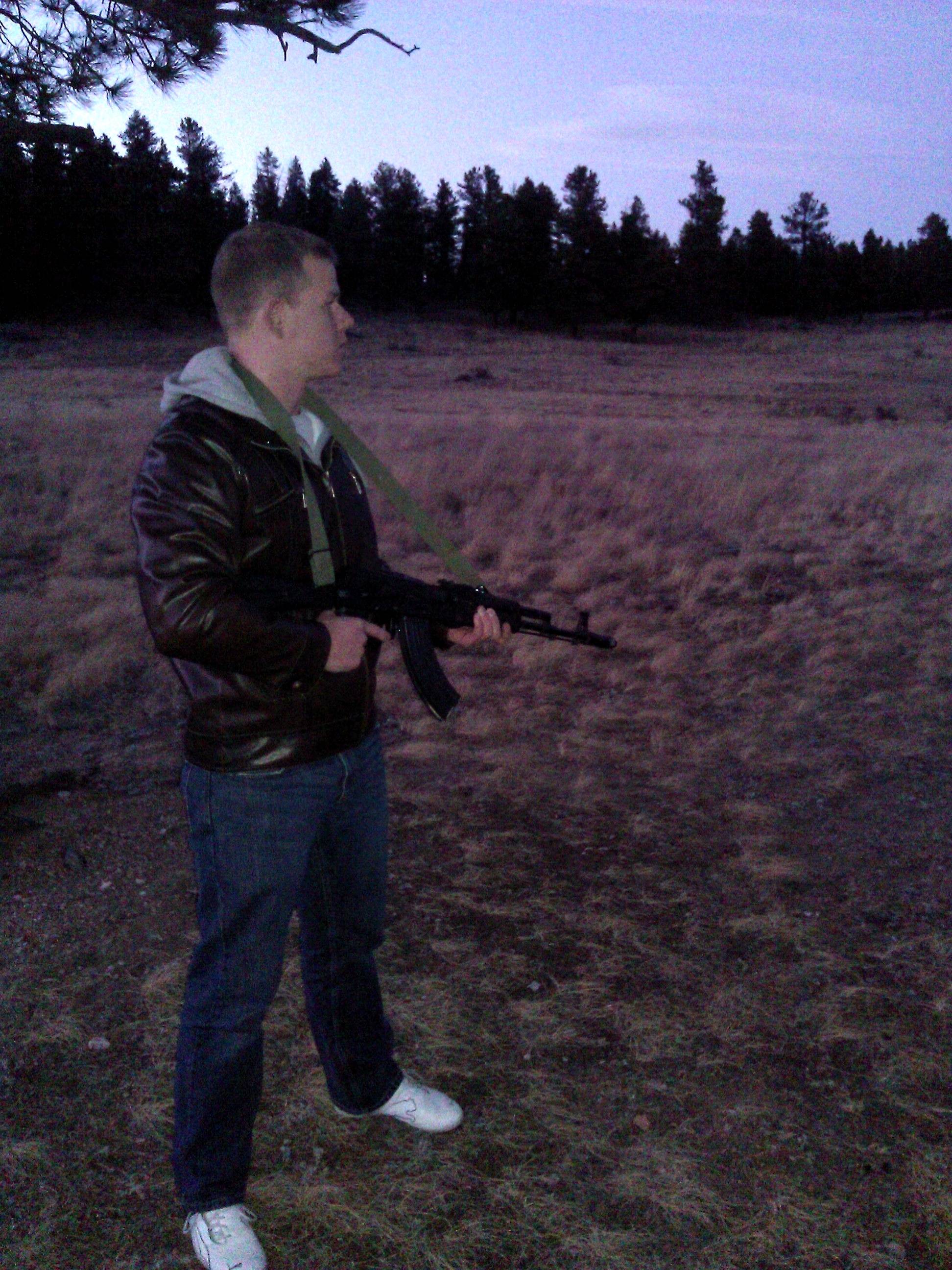 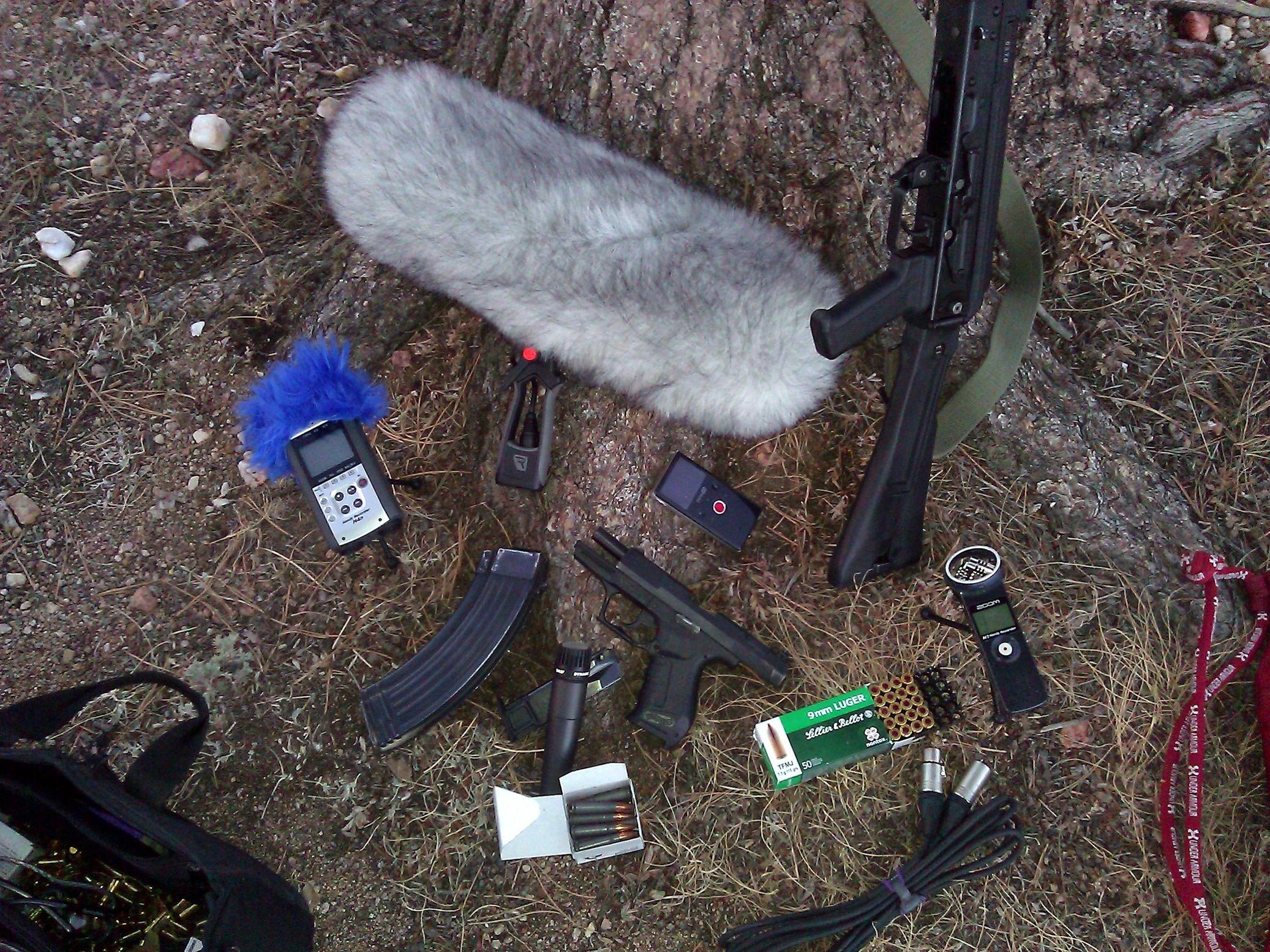 
How would this affect in-game audio? With the new scripts, first person weapon audio will be a mixture of several different microphones which will be positioned between 0m and 5m from the shooter. That way, the player will hear a nice mixture of mechanical operation, weapon report and environmental echo when they shoot. Likewise, I'll be using a blend of 20m - 200m audio to capture third person perspective for NPC gunfire - I'll mainly be focusing on that "pressure" you feel in the 200m audio, and removing most, if not all, of the mechanical operation.

One thing to note - I can only select one audio file for 3rd person audio. In other words, I cannot get the game to differentiate between an NPC firing a gun 3m from you and 200m from you. No matter the distance, the same audio file will be used. The game will procedurally lower the volume based on distance from the player, but that is it. This is the XRay 0.4 engine we are talking about here, not Frostbite 2. The same potential for audio sophistication just isn't there.

I still consider this a huge success, though!

I will have to create a single 3rd person weapon report for each gun that can sound good at any distance. I'm up to the challenge. 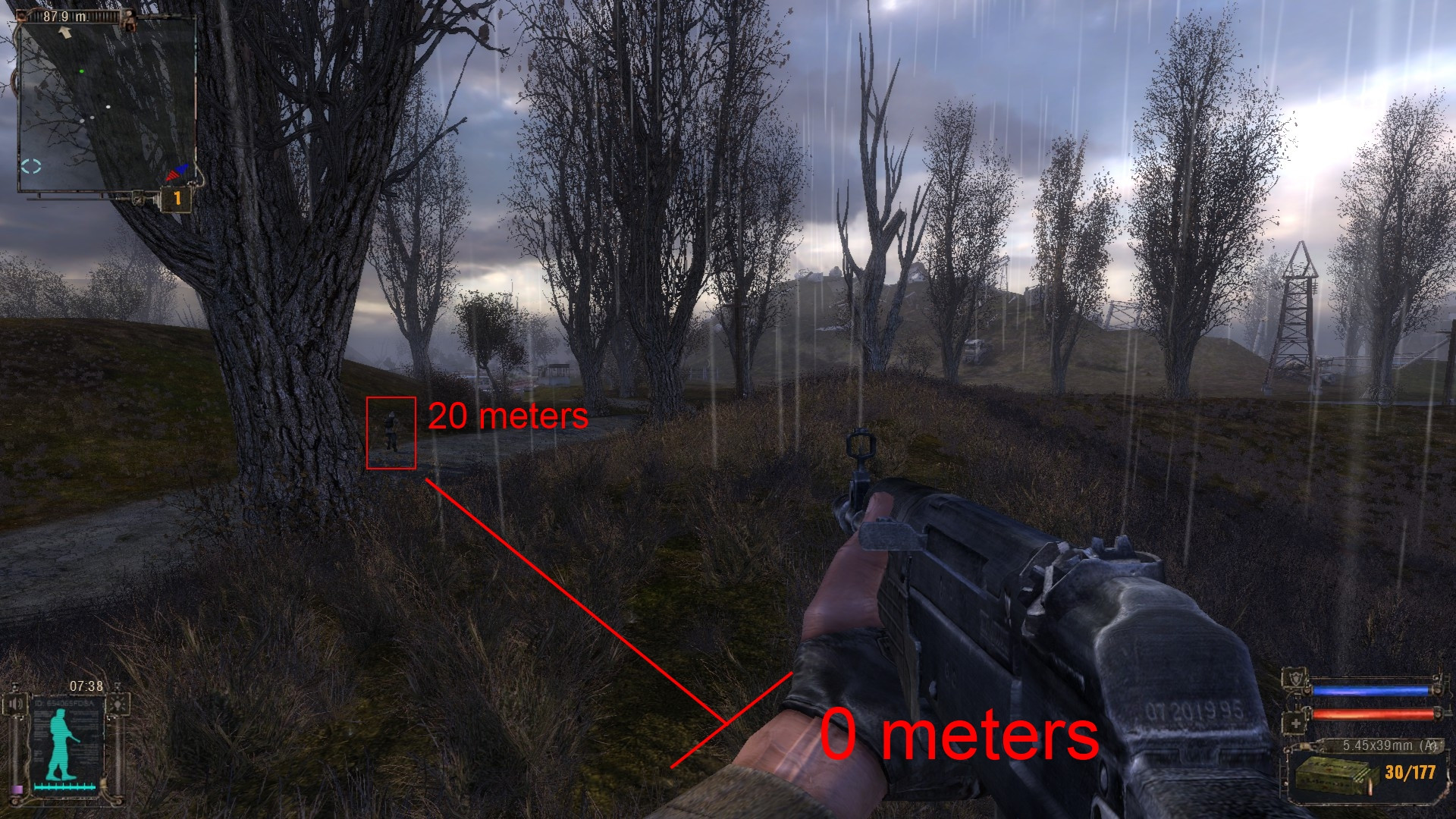 Next up, I'll have an in-game demo for you guys using proper game-ready weapon audio. Check out my SoundCloud if you want to hear all of these, even though they are raw. I'm also on Twitter, and post little updates there, too.

You should send your mates pic as a rookie bandit into that cosplay competition at Vostok games :)

Don't get to excited. It's full of the least expensive 7.62x39 ammo in the world. Manufactured in Russia, of course.

To add, those AKs I shot had well over 50,000 fired with no barrel cleaning. I was amazed. AKs aren't match rifles, but the whole inaccuracy thing is a total myth. For combat, they get the job DONE.

"If I﻿ fall in a mud hole I have to be mindful the M4 may stop working. With the AK, I can use a mud hole to clean it." (c)Sturmgewehre

Today was the approval of Russia's graduation from the Jackson–Vanik amendment so you can expect reduction of prices on current weapons and ammo plus some new HQ **** coming that was banned earlier soon. I saw prices on SVD sniper rifle in America - they are ridiculous. More than 5000$ meanwhile it's actual price in Russia is less than 2000$.
I hope that increased commodity circulation with America will allow me to buy good American-made .300/.338 bolt-action rifle by reduced price.

Only bad thing about Tula is you can't shoot it at select indoor ranges. It's steel cased and steel cased ammo gets some range masters REAL bitchy. ****** made my friend buy some North Bear brand (I think it was called) **** AND charged him extra for it.

One this mod is looking amazing!!! Really really excited for this.

And two does you friend John own that AK in the US and if so how did he get it? Because I have seen a lot of AKs on sell here but I have never seen a nice one like that except for a Saiga.

That is actually my AK. It is made in the same factories as the Russian military ones, so it has a stamped receiver and is basically identical in craftsmanship.

It is Bulgarian, imported/assembled by Arsenal. They operate out of Nevada. Bulgarian and Russian military are some of the best AKs you can buy.

Nice of you to show how you'll be implementing sound in the next version of LURK. I'll take a wild guess and suppose that supressors ( silencers in game ) will work in a similar manner, just that the supressed shots won't actually be fired from you.. they are illegal here after all, unless some laws have recently changed.

Keep up the good work, mods keep the S.T.A.L.K.E.R. series alive. I'll guess GSC ( former employees or not ) are more than aware of this.

Only possible with Class 3's and renting at select ranges.

I found out just recently that class threes are not all that hard to obtain basically as long as you are not insane or a felon you can get one. Takes forever I heard.

Aside from the background check, you go on a special list, etc etc.

Point being, I know several folks who have Class 3's (and suppressors). What you'll hear in the game as far as that goes will be taken from actual suppressed firearms.

My big thing with audio is to use as much real stuff as possible. All of this synthesized crap can sometimes have it's place (ie using a snare drum for a gunshot), but I am a fan of the real thing, especially for games not in a Sci-Fi setting.

Yeah those youtube videos of guys with Barrets have tax stamps up the ***.

I don't think it's really that often that game developers put in this much attention to detail for weapon audio. It's nothing short of amazing, considering that I think that gun sounds are the hardest thing to get right in an FPS mod.

I wish I got to go shooting with Donnie Wahlberg

What are the differences?

For this purpose, they fire different calibers. The SLR-107 is a fairly standard AKM in 7.62x39, assembled in the united states with parts from Bulgaria

The AK-107 is an obscure design for the AK74 round, 5.45x39. The appeal of the AK is it's availability and cheapness after decades of mass production, so much like every other 'modernized' AK designed after the collapse of the USSR, the AK-107 went nowhere.

Thanks for that, I always appreciate correct info. I have always referred to that as AK-107 (I guess because it is basically an AK and the SLR nomenclature is not very common) and have never been corrected, until now.

So while i probably don't need to tell you this, having been there with the recording, guns are LOUD AS ALL ****. Now, you probably wore hearing protection. And for a reason. Now the point I'm trying to make it, STALKERs generally don't (maybe include it!) and so you might want to consider a certain amount of ringing of the ears (depending on how loud exactly the gun in question is, larger calibers, muzzle brakes and shorter barrels all increase sound pressure for the shooter, espectially the brakes) that persists for seconds to maybe even minutes for high powered rifles, kinda like it works for nearby explosions in vanilla (which needs to be much longer and louder in that case!). The importance of this is, of course, not being able to hear other things around you (hence little ear protection), while everyone on pretty much the entire map should be able to hear gunshots and the general area from which they came. Sound suppressors will therefore be much more important as well.

The problem with that comes from a gameplay perspective. People will fire tens of thousands of rounds in this game. Hearing a ringing in the ears after each one just wouldn't be fun or sound good.

Realism in games is good - to a point. Thanks for the suggestion, though.