Hope cowers beneath the crushing embrace of winter's journey.

The mine known as Winter’s Breath has had a history almost as troubled as the city sprawling above it. Excavated shortly after the founding of the city, there has always been a mine in Luftahraan – the current incarnation, however, bears little resemblance to Luharaan’s construction.

Luharaan was by no means a rich man when he founded his city at the foot of the Dwemer colossus. Funds from his years of adventuring sated the scholars and labourers he gathered around himself for a time, but he soon realised that Luftahraan needed a source of income if it were to become a home to both him and the many Nords and Bretons that had flocked to his endeavour. 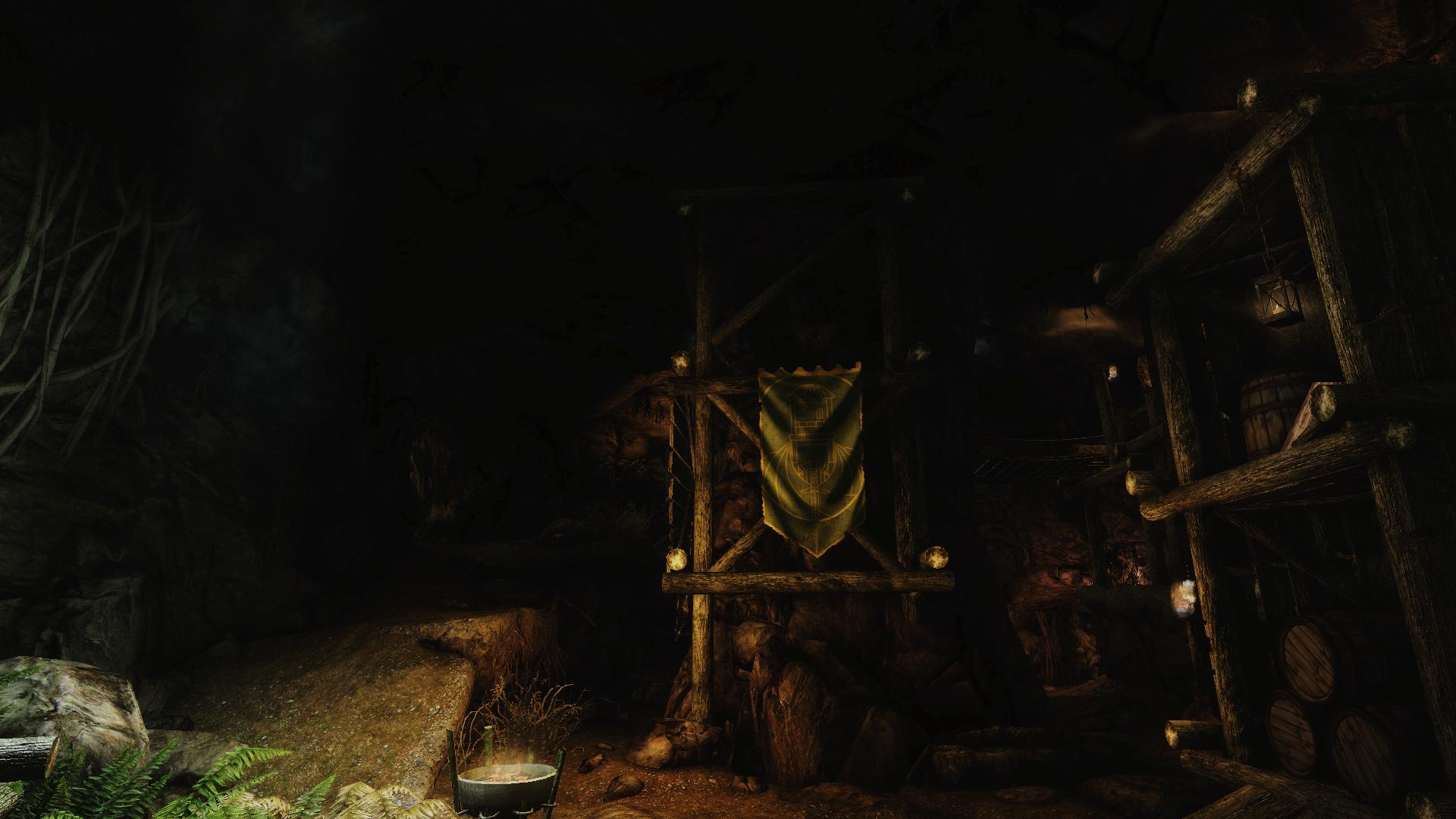 Knowing the Dwemer to be keen metalworkers, Luharaan diverted some of his workers away from the tower, instructing them to delve deep into the rock upon which the tower stood. Working for many months and sequestered in the cold grip of winter, many of the men began to take shelter from the freezing wind in the tunnels they’d recently dug out, both giving the mine its name, and foreshadowing one of its many roles in the coming atrocities.

The mine, rich in silver and, more crucially, malachite, became the solution to Luharaan’s problem. He suddenly had valuable commodities that he could trade with the cities of High Rock and Skyrim; Luftahraan became an important stop for traders on the road from Wayrest and Jehanna to Solitude and the rest of Skyrim. Luftahraan grew rapidly from a collection of ragged huts to a fortified trading post. Spurred on by his sudden economic success, Luharaan ordered the expansion of the mine and the construction of a harbour. Luharaan entered the Dwemer Tower before these expansions were complete. With Luharaan's brother deposed, it fell to Luftaar I of House Urfaang to complete his predecessor’s endeavours. 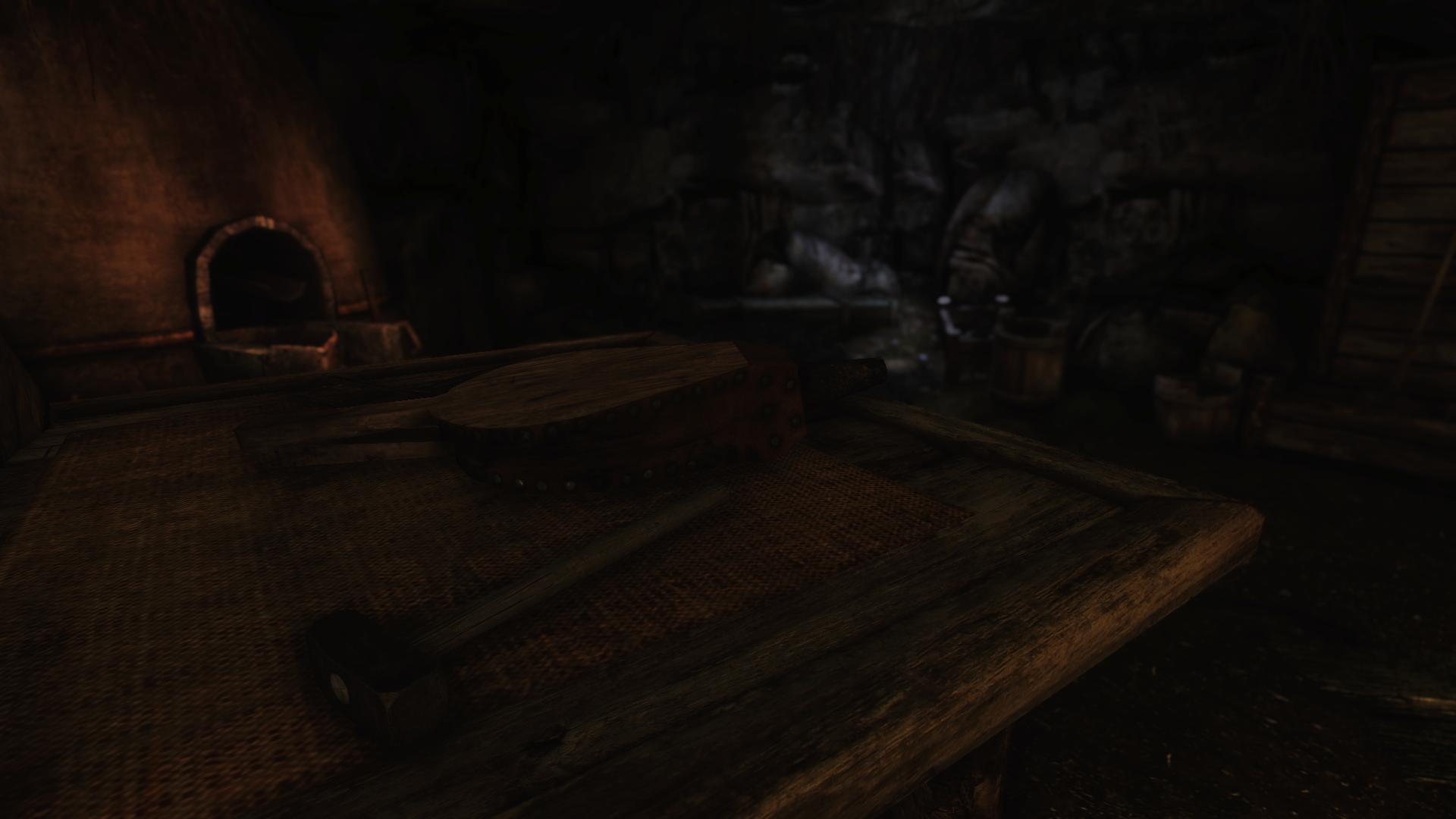 By the time of the reign of Solrin I, the Winter’s Breath mines riddled the rock beneath Luftahraan, sprawling ever deeper and ever wider. In fact, sometime during the reign of Ienor II, a group of errant miners tunnelled out of the side of the cliffs upon which Luftahraan stands, flooding a good portion of the mine – nearly 100 people drowned in the accident, and afterwards, the sovereigns took more stringent control of mining activity.

Solrin was keen to expand the mine northward, into the mostly unexplored area beneath the Dwemer Tower. However, as his workers tunnelled, they came across a Dwemer wall that foiled all attempts they made to digthrough it – whatever its construction it managed to emerge entirely unscathed from everything the miners could throw at it. Intrigued, Solrin came and investigated the uncovered wall himself – many scholars attribute this to be one of the many causes of his obsession with the Dwemer tower in his later years. 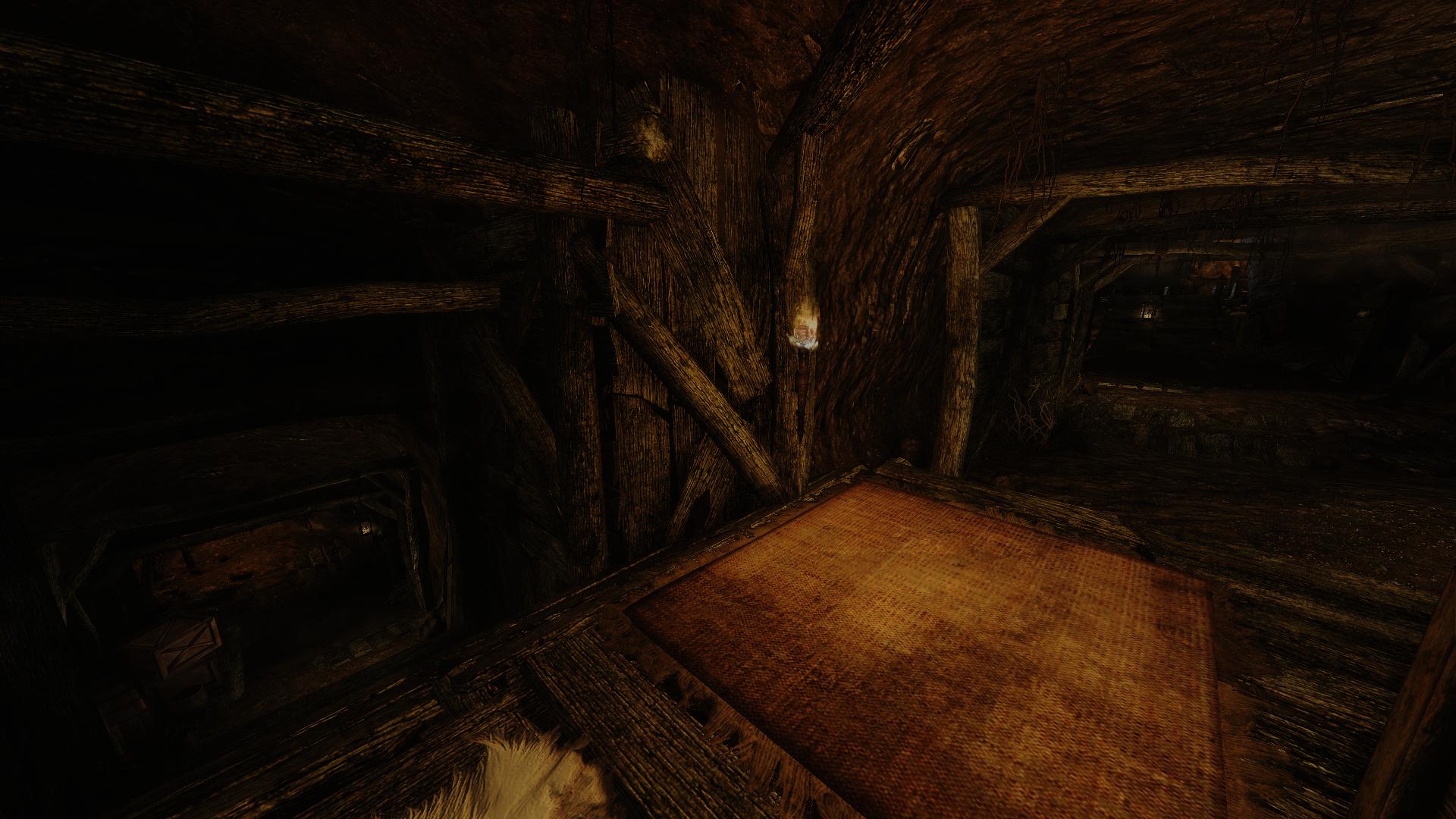 The reign of Solrin’s successor, Maecaras, saw the mine take on a rather more sinister purpose. Ten years into his reign, resentment of his tyrannical regime stirred the populace to protests and eventually riots. Maecaras suppressed this unrest ruthlessly, having the city guard slaughter anyone they perceived to be ‘protesting’. The citizens fled underground, either into their homes or into the mines, hiding from the vengeful arm of the Sovereign in the warren of tunnels beneath his city.

Winter’s Breath mine became the centre of a more organised and violent rebellion against Maecaras but, after a few victories against the city guard, the rebellion was crushed as profoundly as the previous protests. Maecaras didn’t bother killing all of the rebels – he just subdued them and built a prison around them as they hid from his soldiers. The ancient passages were extensive, but with more people thrown in carelessly every day, and with inhabitants trying to build some sort of home within their makeshift prison, the mines began to collapse – tunnels caved in, burying entire sections of the mine, and creating large caverns in which the prisoners would huddle together; cold and broken. 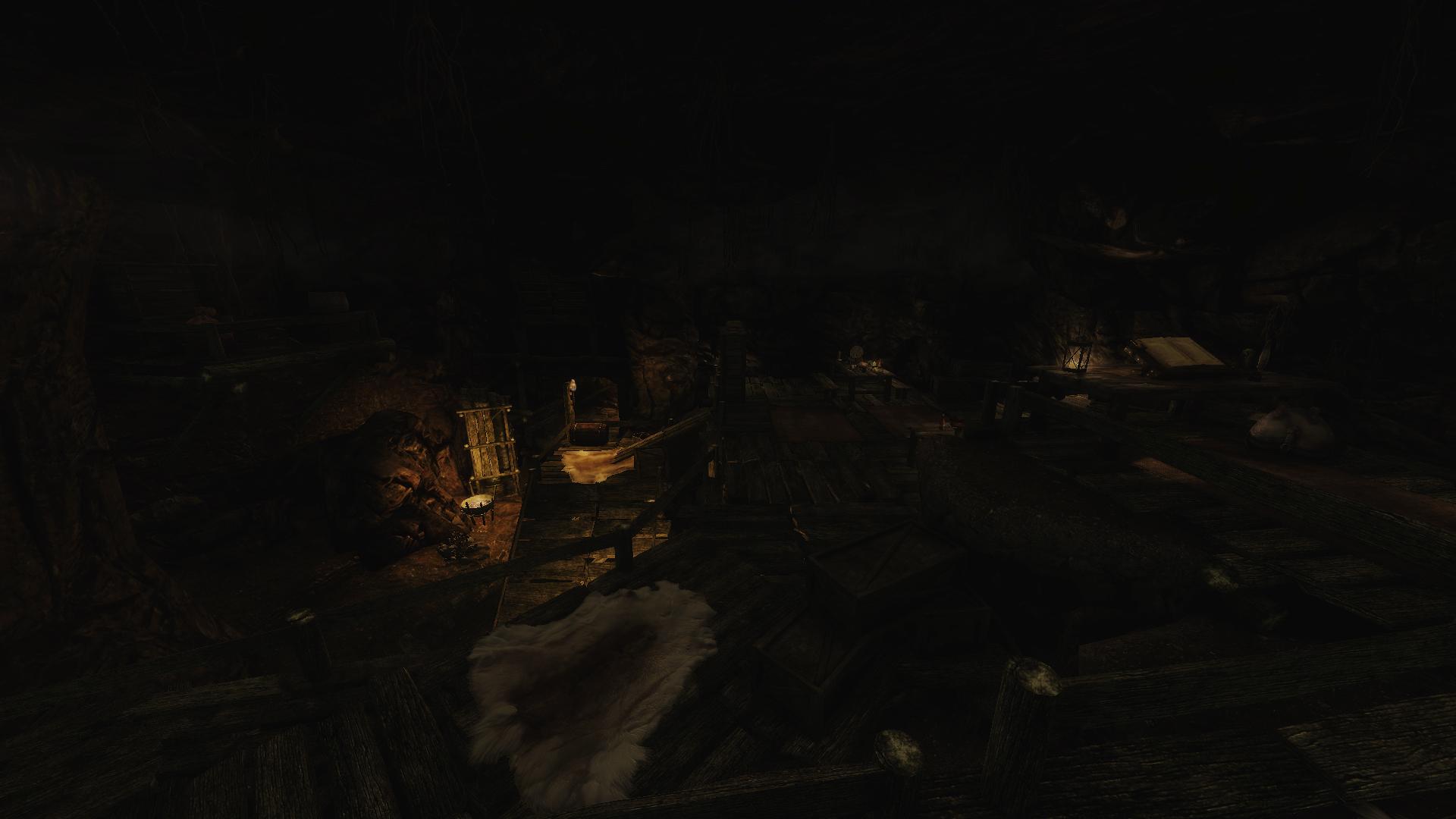 The mines took an even more twisted burden during the reign of Yorgen the Shadowed. Follwing his father's assassination - for which a culprit had never been found - Yorgen inherited a crippled and rebellious city. Yorgen used the Kaldr, a secret force that had been strengthened by his father, to utterly annihilate any semblance of rebellion in the city, and to ensure that blame for the massacre fell far away from him.

Yorgen rebuilt the city with his own money, giving freely to the remaining populace, all the while strengthening and organising the Kaldr. Just as the city was righting itself, Yorgen had the Kaldr instigate another rebellion. Yorgen waited for a time as the Kaldr nurtured the rebellion, before he mobilised the city guard and arrested everyone the Kaldr had successfully turned against him; throwing them in the mines with the starved corpses of his father’s victims. 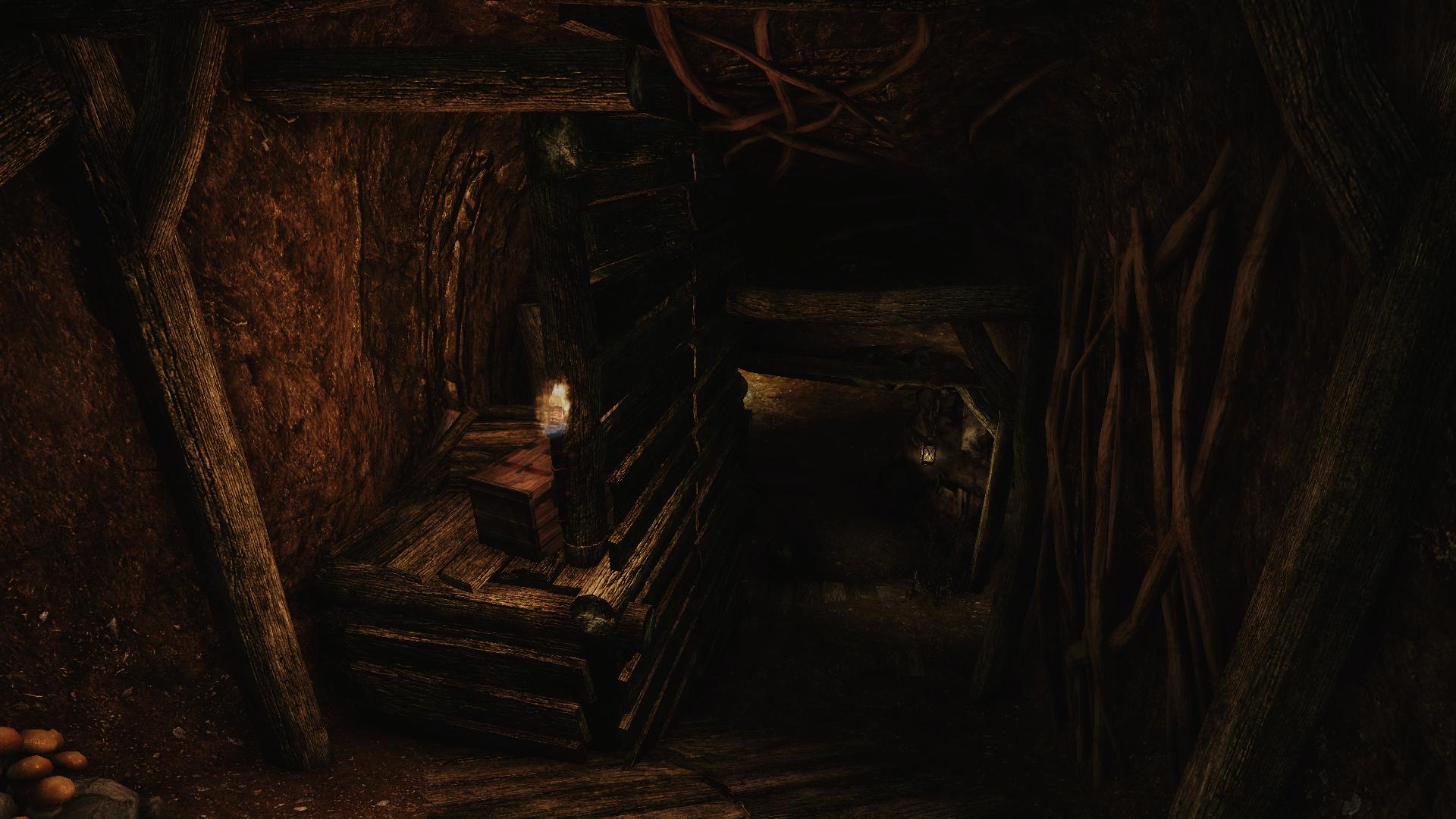 His depravity didn’t end there, though – these prisoners became slaves, forced to work within the mines and subject themselves to Yorgen’s many magical experiments. This state of affairs would not last long, however – his experimentation complete, Yorgen invaded the cities of neighbouring Skyrim, allowing the monstrous creation his slaves had toiled upon to tear free from its shackles under the city and burst through the cliffs, spearheading his assault. Unable to stand the rending of stone, the mines collapsed entirely, bring large sections of the city above down with them.

The mines stayed abandoned for nearly a hundred years until the chaos surrounding Yorgen’s reign died down, and Soreth II began excavations anew, seeking the riches Luharaan had found a thousand years before. Luftahraan was desolate and beggared, and Soreth desperately needed money to begin the long process of rebuilding the city.

This time, however, the excavations were much more conservative – Soreth had no idea what remnants of Yorgen’s experiments remained and thus chose his site carefully, keeping the mine small. His successors followed suit, filling in each mine as it ran dry and digging anew. To this day, nobody is entirely sure what, if anything, rests in the empty, echoing chasms beneath Luftahraan.

I imagine you'll be hearing a lot more about Yorgen the Shadowed in a future update.

interesting! looking forward to the mod!

Can you upload a picture of the map location for this? I want to make sure I don't install any mods that will conflict with this ahead of time.

If you have a look at the main page here, the banner shows Luftahraan's location related to Solitude. It should be fairly easy to find where it is on the world map from that.