Let’s continue our journey through the world of Alaloth. You’re already familiar with the Kingdoms and their cities, so it’s time to stray off the beaten path. 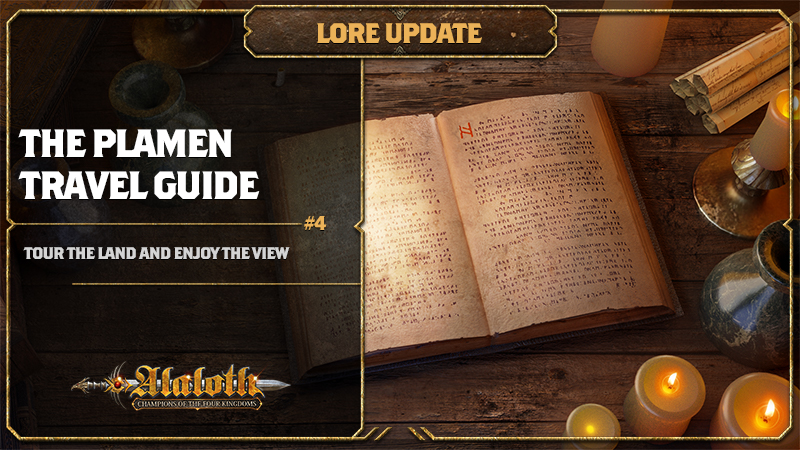 Let’s continue our journey through the world of Alaloth. You’re already familiar with the Kingdoms and their cities, so it’s time to stray off the beaten path.

As you travel across the lands of The Four Kingdoms, you will find yourself in cities, caves, ruins, and dangerous areas. Some of them are revered and often worshiped by the kingdom they are found in as special points of interest.

Each of these places are considered important monuments to the culture of their kingdoms, and the envy of many. They often mark moments in history that could not be forgotten.

Points of interest in Edherest 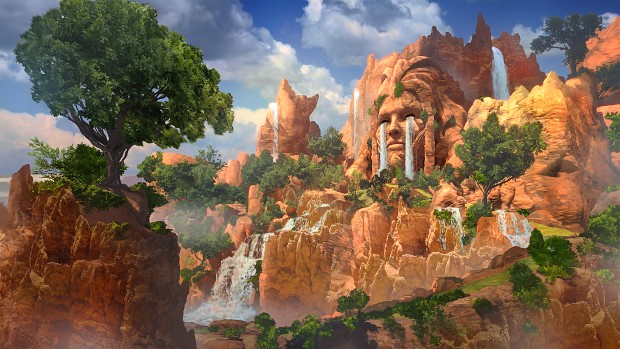 The Sea of Stars

Located at The South Sea of Edherest, this shore is unusually calm and holds shimmering lights that shine at night. The lights take the shape of constellations that are not present in the night sky and have bewildered scholars for ages. The waters are considered a sacred place, blessed by the gods, and thus no warship may enter the territory of the Sea of Stars and no blood may be shed in its vicinity.

The Tears of Light

Vaizmil’s face shines through a remarkable sculpture carved into the cliffside here. A true testament to human art that encapsulates nature’s beauty, the Tears of Light fills all that look upon its grace with awe. Waterfalls flow from her eyes like tears, grieving the death of the Goddess of Light.

Nestled beneath a glacier, there lie beautiful gems and crystals that shine their light through the ice, changing its colour to turquoise. It remains unknown why the gems are buried inside the glacier, but most can agree that the spectacle of the ice and lights is surely divine.

Points of interest in Larastir 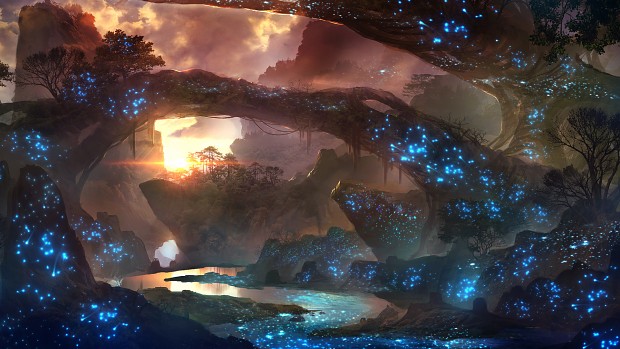 Towering over the landscape, the Sentinels, huge monoliths, were formed by the fierce winds of the southwest, originating in Chillwitch. Having contended for their possession for years, the dwarves and elves came to an understanding that the stones should be protected together rather than fought over.

To the south of Dawn’s Rest lie the Gloworm Caves, brimming with resins that shine like gems, reflecting the light of the stars into the beautiful landscape. They open inside the ancient forests of the world, surrounded by trees that were petrified long ago.

The Waterfalls of Wishing

North of the elven city of Nir’Lathias, the Waterfalls of Wishing astound those who are fortunate enough to see them. The bizarre saturated colors of the water and plants comes from, as legends say, the magic of fairy creatures that dwell in the area, though nobody has seen them.

Points of interest in Karak-Hohn 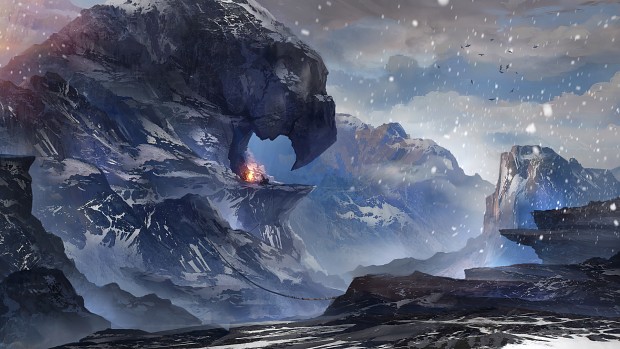 Carved into the stone by strong winds and shaped into the form of a woman with an eagle head, Bingel is viewed by the dwarves as a protective idol of their culture, a sign from the sky goddess that the heavens will not harm them.

The mountain’s blood flows down to this lake, tainting it as red as can be. Some say that the blood comes from the dragons slain by the dwarves in days past. But the reality is much less interesting than the tale woven into the place, as the color originates in the rusty water and diluted minerals that come from the dwarven mining camps.

The highest peak of the Giant Knee, the Eye overlooks an impressive landscape spanning several hundred feet below it. The beauty one sees when embracing the view is unparalleled. For that reason the dwarves consider The Eye to be sacred ground where funeral rites are held.

Points of interest in Baga 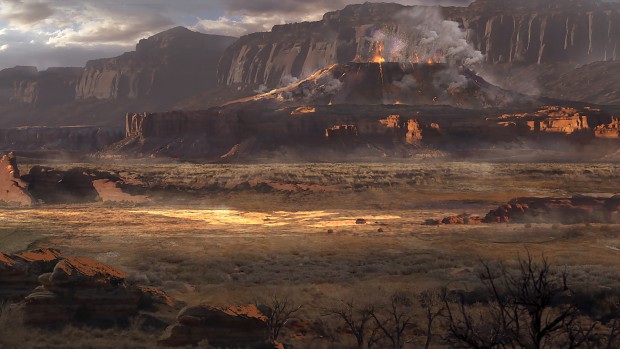 The Spoor of Gorbag

South of the Great Mothers, a great depression named The Spoor of Gorbag cuts the land that looks as if a giant horse smashed the ground with its hoof. The crater runs deep into the ground to the point that water springs from its depth. The orcs have been trying to devise a plan to channel the water to their towns for a long time.

The Well of Baga

In the light of dawn after Baga’s humiliation in The Valley of Storms, a hole appeared, running deep into the ground until no man could see its bottom. It is said that inside the rift the body and spirit of the hero Baga still roams, restless from his failure. The orcs regard it to be a sacred place that serves as a reminder of the horrors that Baga’s pilgrimage wrought upon the Desolation.

A small active volcano by the southwest border of the Desolation. Frequent seismic activity savages the land, and the volcano is prone to eruptions. The gas spewing from its depth gave birth to many poisonous herbs, fatal to most.

If you missed any lore update post, explore them here:

We hope you enjoyed this introduction into the rich world of Alaloth. What did you find the most interesting? Share your thoughts with us on Steam and Discord.

Lore updates will be posted on Steam every Wednesday* and will introduce key characters, companions, guilds, places, monsters, stories, gods, legends, and so on, to give you the full picture of the work we've done to bring this epic world to life. A brand new piece of art will be available every Monday* as well!

Be sure to check Steam every other Friday* to get an update on Alaloth's development. The updates will give a general overview of in-game content, explain gameplay features, give insight into the gaming tech we use as well as reveal other game-related content.

Lately, we also introduced an Allegiance feature on the game's official Discord server. Those of you who are already in the server or just joined it, have to decide to which King or Queen you want to swear your allegiance.

For now, the roles are just a display of your allegiance. In the future, they will play a greater part in community activities.

Make sure to pick your Kingdom now and discuss your homeland's lore with your fellow countrymen.