Lore diary , the origin & original story about a creation of pxd universe... 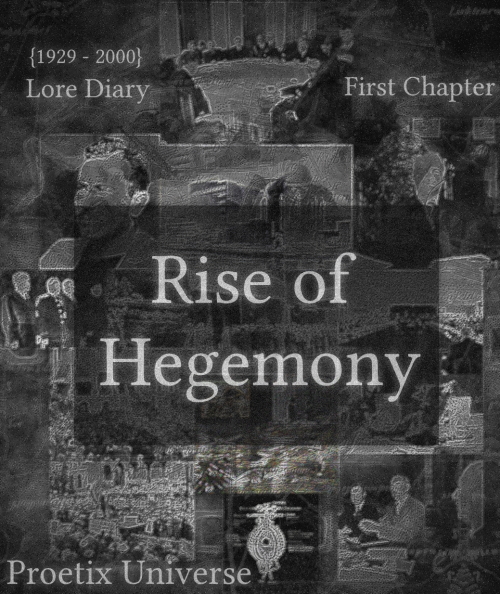 29 October 1929 - The American Stock Market which is also known as Wall Street collapsed, the constant expansion of consumerist goods without any end in sight caused a bubble to form, the end result… economic devastation around the globe. Banks, Business and entrepreneurs all went bankrupt while nations witnessed the largest economic slowdown in history. But the hardest hit was, of course, the people. Millions of people lost their savings, jobs and houses, The economy of the USA was a fire... a fire…. “A Fire that continued to grow” without end, ‘’swallowing’’ all nations in its path...

(And one thing has diverged from our timeline...) 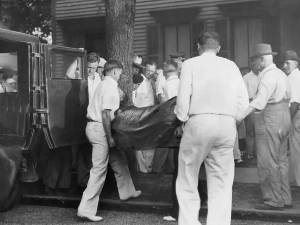 On Jan 5 , 1931 Herbert Hoover was found dead in the white house , the cause of his death is unknown, but rumored to be a murder, the actions of an elusive "Spy" but detectives didn't found any signs of murder or other type of death, and even after he was examined in the morgue, doctors could not make a diagnosis because there were no signs of murder or any other reasons. 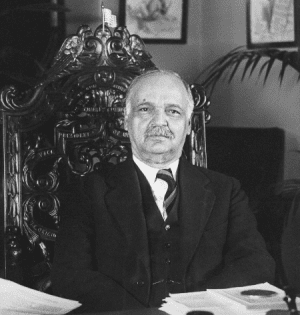 Charles Curtis became the New president for 2 years during the emergency situation , After the "Third Bank Panic" in April 1931 and failed economic policy of curtis aggravated the situation in america to the point in which almost all of the US economy was turned into dust, But one man saved the situation. 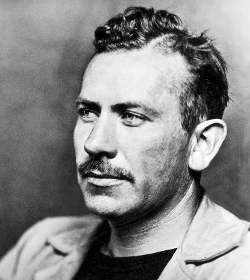 A famous writer in the united states and "Saviour" of the economy - right after the death of hoover and third bank panic, john father went bankrupt and lost his cottage in peninsula monterey that in pacific, in August 1931 john with his wife with remained money rented a small room in San Francisco.

After 2 months he meets an organization in san francisco called "Social Progressivists", John quickly finds a common language with their members and becomes the head of the organization , he gets a job at 'San Francisco Chronicle' and renames the organization/party to "Neo Progressivism - NP" (The movement was a combination between socialism and democratic party with private regions and economy) , NP promised that his party will end this horrible great depression in US and save - reunite - create American Legacy and New Freedom!

A Famous articles of john against US structure of power and economy quickly gained popularity around masses of US citizens, Most people found him as a charismatic and trustful person, and here begins a story of “New America!” 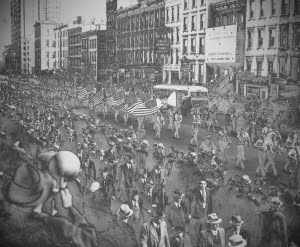 The ‘NP’ Movement’s main idea was to end the unfair and failed system of usa economy, new reforms like: better centralization of authority finances (their imports from other countries and exports) , Move the “FDR Solution” of 1934 to Southern States instead of the north, Creation of new market laws and prevent the future “Collapses”.

NP Party has quickly gained popularity in 1933 and in 1936 they had most of the seats in the parliament. 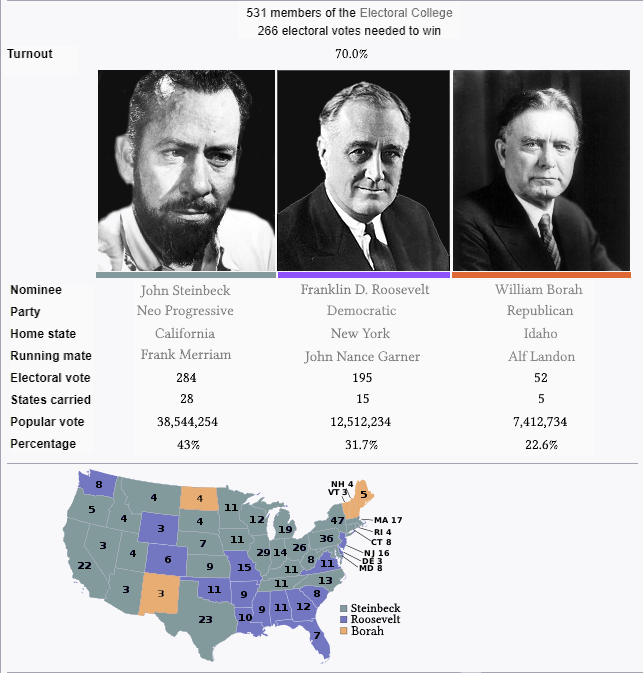 November 3th, 1936 John Steinbeck speech after his victory in the elections - (Taken from ADA) 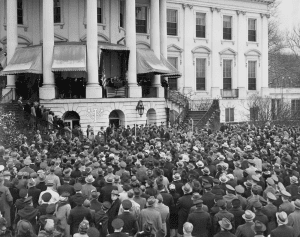 With a Democratic-Neo-Progressive coalition now in place, the great depression ends in 1939 and US economy was saved/reborned into a new and fresh one and them main factor for this was a "Steinbeck Plan" that prevented collapse of the whole US structure as a country, This plan included reformation of banks and health care to a more organized structure, and still some private and democratic enterprises remained valid.

Republican party: This coalition was now a “Minority” in Congress , they hated the new coalition of “Neo Progressivists” and the way they took down congress, it was a threat to their ideas and to their ideology…(and believe me, it will play a role in the future) 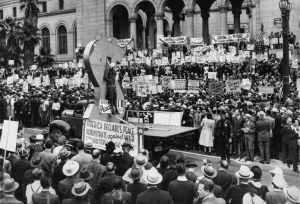 The NP party was strongly opposed fascism and the German regime, in 1939, American propaganda against any kind of nazism became very prevalent, especially against KKK members, there was even agitation against NP regime but it wasn't that effective, tensions grew between the Conservative Republicans and Democratic-NP coalition that caused a political crisis in 1940 , one side was against war against fascism and another side wished to interfere in the ongoing World War. 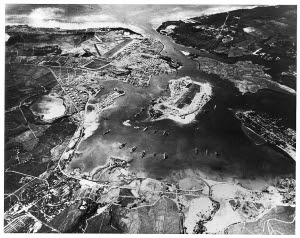 December 7, 1941: japanese royal air forces attacked pearl harbor but this time USA was prepared for this and successfully repelled the enemy attack.

January 1943: USA has successfully destroyed the Japanese forces in australia , philippines and indonesia.

December 7, 1944: Germany surrendered to allies and Soviets , End of WW2 in Europe. 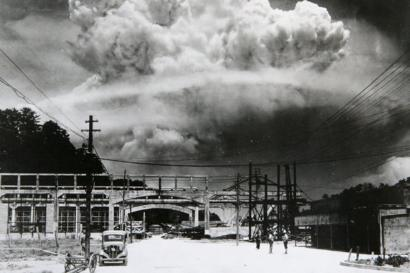 January 13, 1945: USA dropping Atomic bomb on Nagasaki and Nagoya , japan surrenders and end of war in pacific - (Taken from ADA) 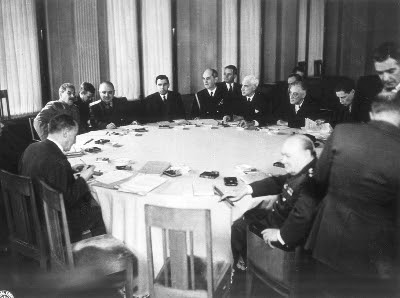 After the December 7th Announcement that germany had chosen to surrender , the World war’s European front had ended, a meeting between Stalin , Churchill , John Steinbeck and other Allied leaders was declared in denmark to create the political structure of post-war europe and its fate.

The Treaty of copenhagen agreement was signed by the USSR and the allies and stipulated the following things:

Article 3: Spain will be in the western influence , declaration of ‘catalan protectorate’ by USA (later by UN).

Article 6: Austrian zone remained occupied by the soviets and western allies until next agreement, a austrian question still not solved. 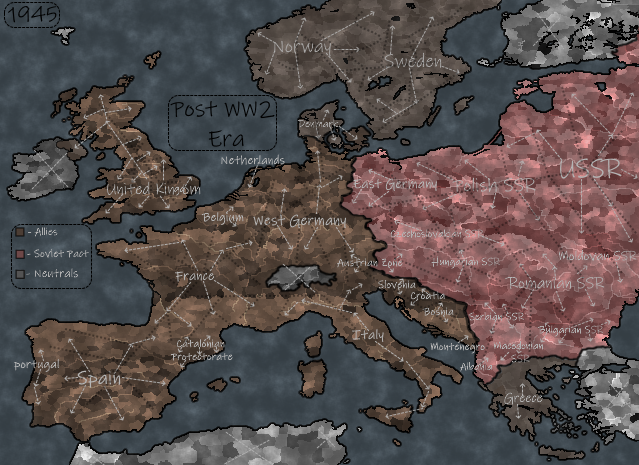 July 7th , 1946 was a tragic day for the Soviet union, Joseph Vissarionovich Stalin was found dead in his office, official reason was a heart attack and unofficial that his was murdered by a “mysterious” - “unknown” internal/foreign agent.

The funeral of the Chairman of the Council of Ministers of the USSR (CCMU) took a place four days later - July 11.

Right after the funeral, a Power struggle for the chairmanship of the communist party began, many had failed, but in the end, Lavrentiy Beria until the General Elections was a CCMU Leader. 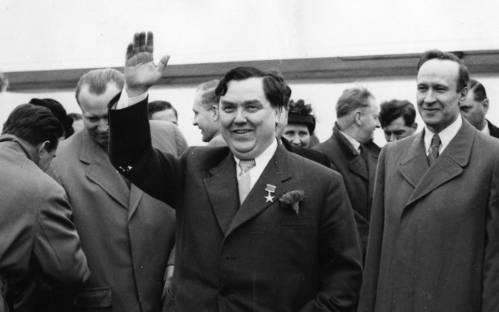 On July 13th , 1947 after several discussions and an election, the Supreme soviet authority had elected George Maximilianovich Malenkov as a new Chairman of the Council of Ministers of the USSR!

A malenkov “Strategy” towards a “New US Order” was to keep the peace between two systems - Western and Eastern new regimes , The same we can say happened on the USA side but there was some troubles with conservative ideas and republican parties , a conflict between NP Party and RP (Republican Party) grew and grew … ̶̶̶(̶̶̶u̶̶̶n̶̶̶t̶̶̶i̶̶̶l̶̶̶ ̶̶̶t̶̶̶h̶̶̶e̶̶̶ ̶̶̶c̶̶̶o̶̶̶u̶̶̶p̶̶̶ ̶h̶a̶p̶p̶e̶n̶e̶d̶)̶̶̶

Meeting between soviet and american delegations - (Taken from ADA) 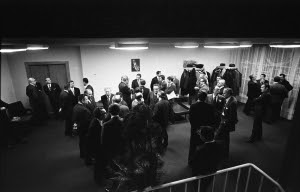 The Moment of Truth: January, 1949 several delegates came from USA to propose a “Red Deal/Agreement”: In this agreement USA and USSR and Europe will be in a free trade partnership , will be created a “Peace System” between USA | USSR | Europe , Restoration of europe in cooperative way and creation of european zone when every european citizen could travel between countries without border limits (*after full restoration*) and more...

In February soviet leadership after long conversations and several elections, has announced their decision , they will accept the proposal but with a few changes:

1) USSR will remain eastern european subjects under their control but with more “free” trade deals with western europe.

2) Germany will be reformed into a “2 systems 1 country” - Confederation , which east and west will have their own rules and authority.

After this , USSR has sent a message to USA government about this agreement and their changes, and after one week USA has accepted a soviet changes/additional articles in the “Red Deal”. 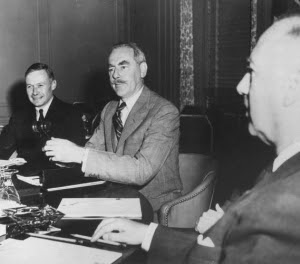 Announcement of the “Red Deal” - (Taken from ADA)

A great victory of the two major powers! 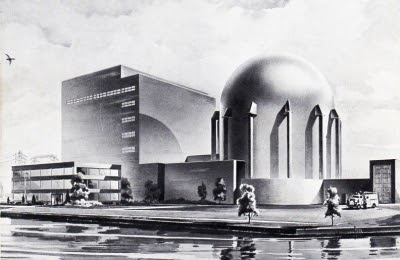 1943 - John Bardeen and William Shockley had been recruited into the American special “Atomic Electorate” program, the idea was to create a nuclear weapon and win a war in pacific.

When Japan surrendered and allies won a war in the pacific USA authority had started more in-depth research in nuclear technology and his potential. 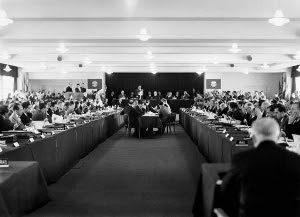 September 6, 1950 - USSR, European, USA meeting in Paris: a proposal of USSR to create a “Nuclear Pact” between all european, american and soviet members , in this agreement all countries will produce an nuclear energy to provide prosperity between 3 factions, cooperation will help many countries with “Energy Crisis”.

USA has accepted this deal with most of the european members besides UK and Spain. 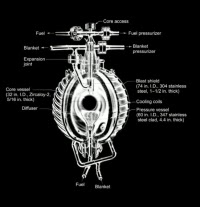 December 9, 1951 - William Shockley with help of bardeen had invented an “Atomic Transit” that made possible to create more energy ,better energy distribution and quick shutdown of the uranium process for a limited time.

And here it begins , the 70 years of ̶p̶r̶o̶s̶p̶e̶r̶i̶t̶y̶ between 2 factions - 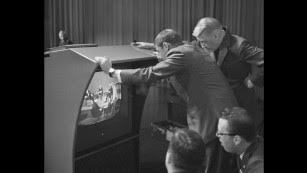 1956 - Reformation of the American political system by the Republicans and the NP under a code name “Blue Reformation” to establish a more stable political situation in the usa… (Saved the union for another 100 years...):

2) Partition of the republican party to a new segments.

3) Creation of a new official parties:

Social-Progressive Party (The most popular in a USA system before the coup) - Original neo progressive party with little changes towards a party relations, having a globalist ideas.

*Confederal Party - Democratic ideas with half isolationist and globalist system. 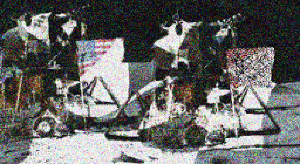 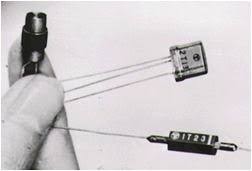 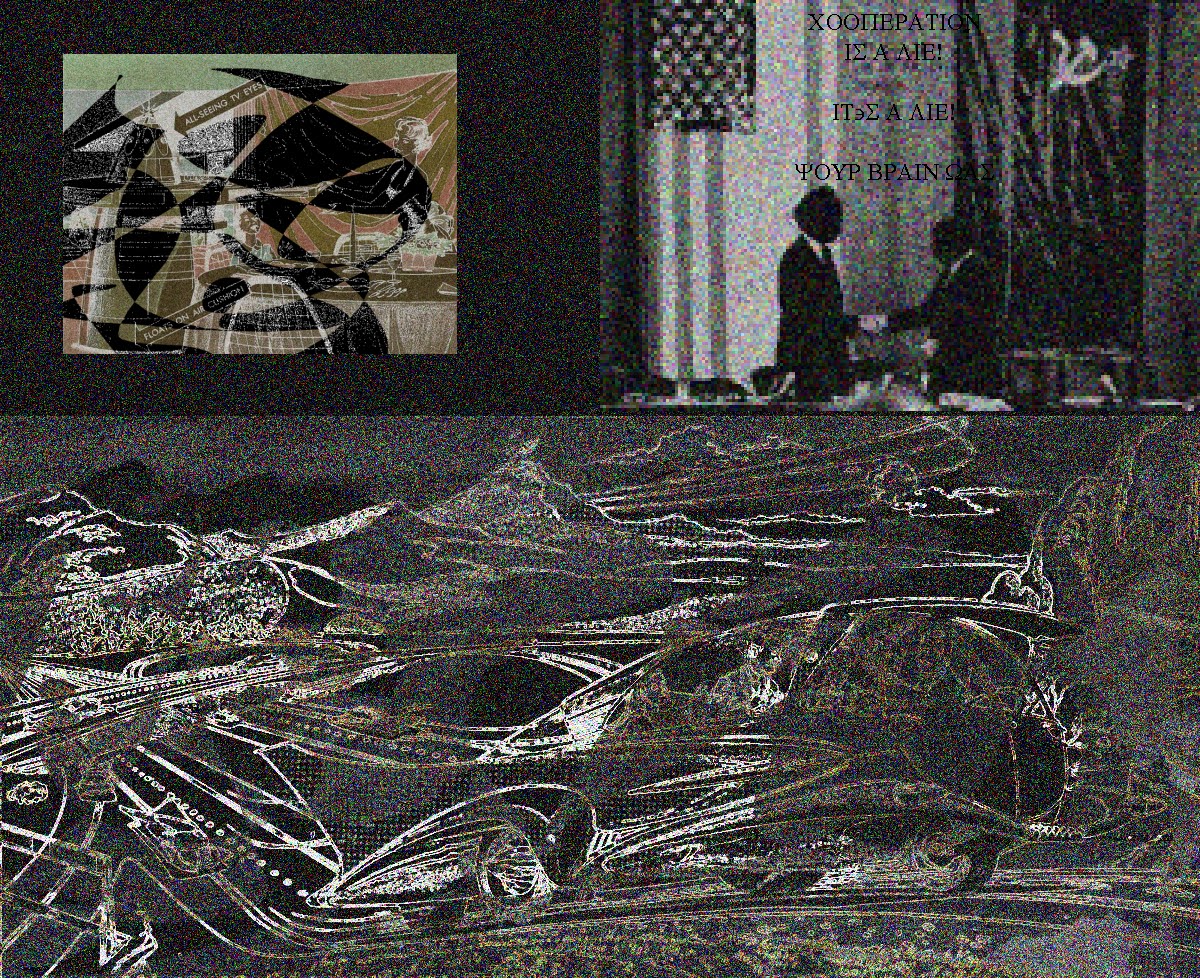 Corrupted data archives from 20th “Golden Age”, Destroyed by the Glorious atlantic agents during the 2049 - ‘Coup of Archives’.

Thanks for your attention and i will see you in the next diary!

So let me get this straight: the crux of this mod's lore is that the period between 1949 to 1999 was not a geopolitical struggle between the United States and its associated nations and the Soviet Union and its associated nations. Simultaneously, nuclear energy technology manages to diverge from OTL, which fuels an energy revolution. Fast forward to the date this fictional entry was accessed from, a large degree of historical revisionism has taken place, removing the Soviet Union's place in the technological and energy developments of the 20th century.

Did I miss anything in this interpretation? I can't read Russian so the texts in the archive images are lost to me.

Vice versa , both soviets and usa had a "energy revolution" but for both of them it was a different experience and less "technological" because of the "transistort innovation in 1981"

The thing is that nuclear technologies changed the whole "system" of the world and much much "stronger" than otl. (a lof of new alt history)

It's not a russian in archives)

curious how you build the tech tree.