Lost for well over 10 years, a part of ADRs history has been found. The unreleased original character pack for Unreal Tournament 2004 that spawned the project.

Today marks the 30th anniversary of the release of the original Sonic the Hedgehog game and we have a treat for those who own a copy of Unreal Tournament 2004.

As many know ,Ashura: Dark Reign was originally intended to be a character pack but as the fan base cried for an actual fan game, those original files and animations got changed, accidently overwritten and lost to the sands of time.

That is until recently.

One of several iterations of the long lost model pack used by the team during pre-development of ADR for Unreal Tournament 2004, dated to around late 2006 has surfaced. This recently found character pack was found within the private archive of coding genius and curator of all things relating to the 2008 ADR Tech demo, Xaklse. 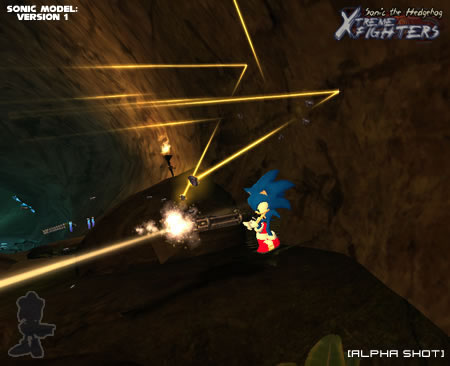 The pack does not require any game updates for Unreal Tournament 2004 or Ashura: Dark reign to be installed in order to use it. Click the download below.