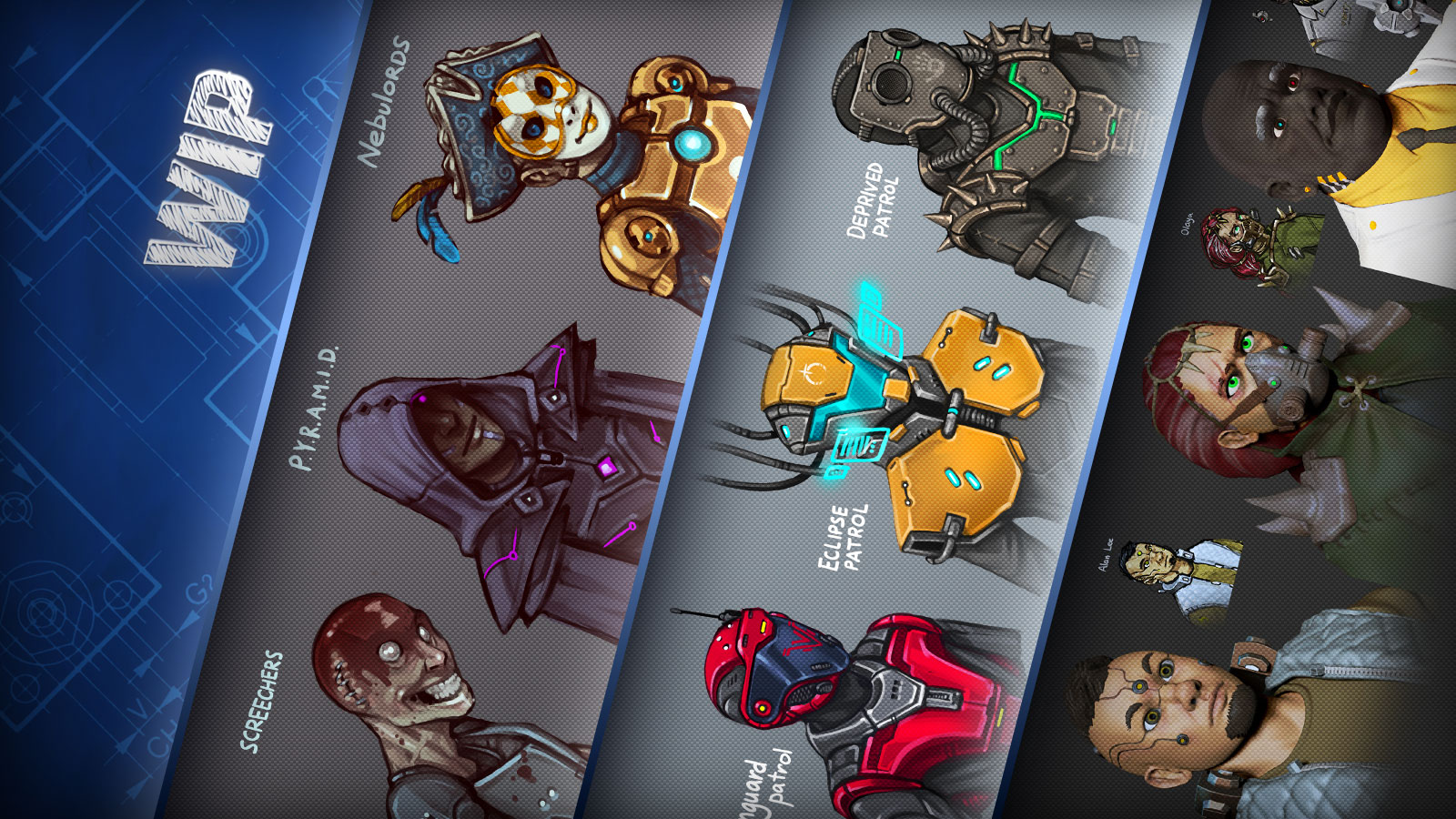 Until that moment, Starfall Tactics had just some characters, which presented their faction to give you a general vision and understanding. Now, as the time has come to start creating quest lines - at least for introductions and tutorials - the need to implement new characters arises. And today we are lifting the veil from new faces you will see while playing the game.

First of all, let's look at another set of faction portraits - this time for pirate factions. All of them - P.Y.R.A.M.I.D., Screechers and Nebulords were presented as ships and abstract guys - you could only guess how they look like from their ship designs and descriptions. You could say that knowing them in face is not that important for the game where everything you see on the screen is your fleet consisting from ships...But if you know the personality and see the face of the enemy, everything becomes just a little bit more real and personal. All in all, we fight not against ships but against a whole faction which consists from humans (at least in this case), right? :)

So let's have a look at typical representants of three pirate bands - P.Y.R.A.M.I.D., Screechers and Nebulords: 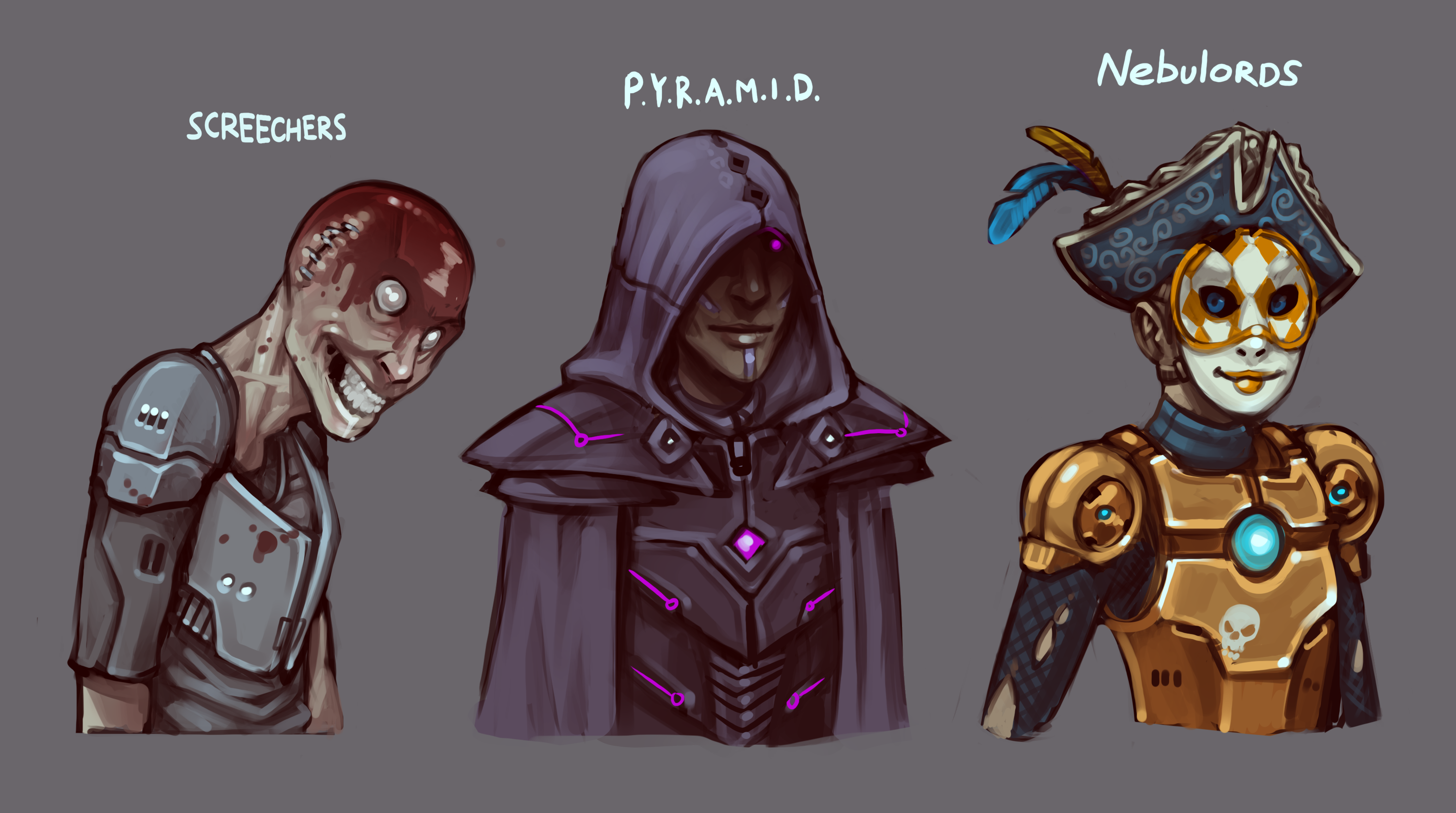 Early concepts. Can be changed further

Since we started creating portraits, patrolman of Eclipse, Deprived and Vanguard also got pictured:

Early concepts. Can be changed further

And that's not all: Starfall Tactics Universe does have more personalities to present: today we are glad to introduce you the first three Eclipse and Deprived characters along with their short bios!

These characters are going to help you learn game basics and will tell you different stories in missions once we implement quest system which already stands on the doorstep: we already started preparing technical basis for them, giving it soem time between other important tasks.

In addition to portraits, we are going to create animated 3D models for each of these new characters - they will talk with you during various missions, encounters, events and just anywhere we need them speaking. Although Starfall Tactics is not a very story oriented game, we strive to make all game aspects both qualitative and interesting for you to try: that's where our game designers, programmers and artists will unite to make all the best quests and characters for you.

Making and animating a set of characters along with writing quest scenarios is not an easy task, so expect it to fully arrive into the game not earlier when Starfall Tactics comes to early access. But when it does arrive - expect it to be great ;)

And here are they:

Many implants allow Alan Lee to aggregate and analyze tons of information in real time, so he successfully combines roles of secretary and first assistant while staying effective and observant. He always has his own opinion and does not hesitate to share it, but don't really like getting into direct confrontation. Alan is also a very faithful person and it's definitely not a typical quality for members of Eclipse corp., where everything has a certain price.

Ollaya is 40 y.o. huntress who has repeatedly proved her talent as a leader and a strategist. She clearly understands Vanguard and Eclipse psychological behavior models, which directly affects her success on the battlefield and makes her indispensable. Refuses to take the post of the Sachem as she prefers the Hunt itself with its incomparable sense of danger, challenge and triumph.

Mr. Evans is a great businessman with an extremely extensive field of interests and dozens of expensive high-quality implants, carefully hidden all over his body. This exemplary family man, who already has several great-grandchildren over 12 years old, made his fortune on fraud with securities.

We also have some other updates this week:

The third Battleship which belongs to Eclipse faction is already here! Classic eclipse design of Sunrise brings you another ship to admire and use it as an effective assault force and a part of you great fleet.

Here we will hold for a while with new ships and concentrate on another important task which deserves a beautiful huge article we will share with you later ;)

Just a couple tests ago Survival mode got an update which brought you many cool features, including special loot boxes. These loot boxes could appear after certain enemy waves and give you a significant amount or IGC and XP if you collect them.

Due to all the changes - extended crafting system and resources in particular, we decided to modify these boxes to let them fit actual concept better.

Now loot boxes in Survival mode, instead of IGC and XP, give you special resource - Neitherium. This resources will be automatically converted to IGC on Survival completion. 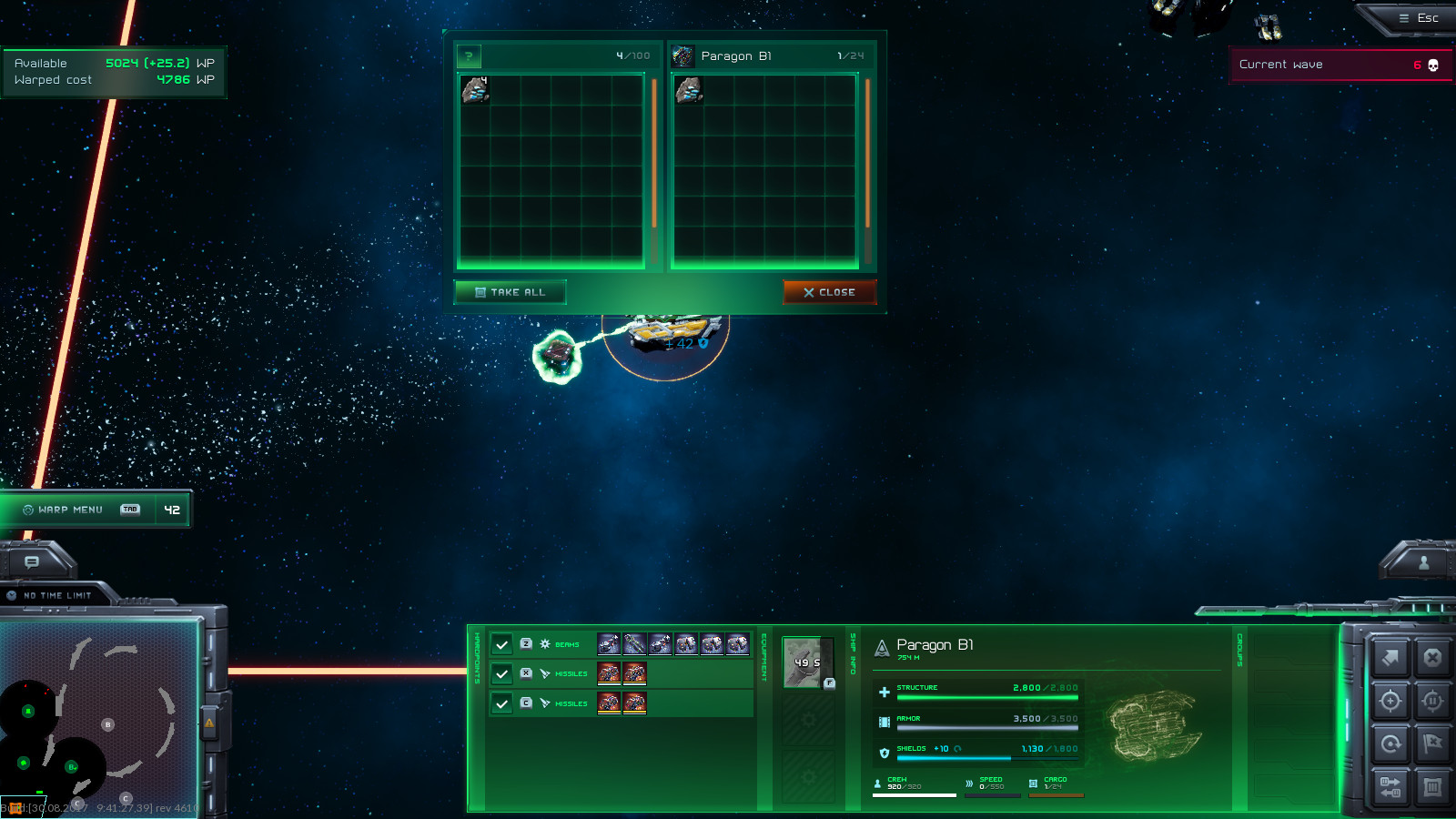 Loot boxes, just as before, appear after certain waves at a random location on the map and don't disappear until you take everything from them. To take Neitherium from loot boxes you also need a ship which has some cargo space - so, frigates won't be able to take it. To secure this resource and actually get your IGC reward, you also should do two important things: first of all, you must deliver Neitherium to your Mothership in Survival mode. If your ship with Neitherium gets destroyed until you do so, all resource drops out of the ship to the map and you need to collect it again.

Another important thing here is that you need to actually complete all waves in Survival mode to get the reward with you: if your Mothership gets destroyed, you just lose resource you collected.

This way, Survival becomes more exciting and gets a concrete goal and reason to complete it along with additional IGC and XP on completion.

Cheers to you from the Snowforged Team and thanks once again for staying with us! With hope that our happy faces will make you smile a little more this Friday ;) 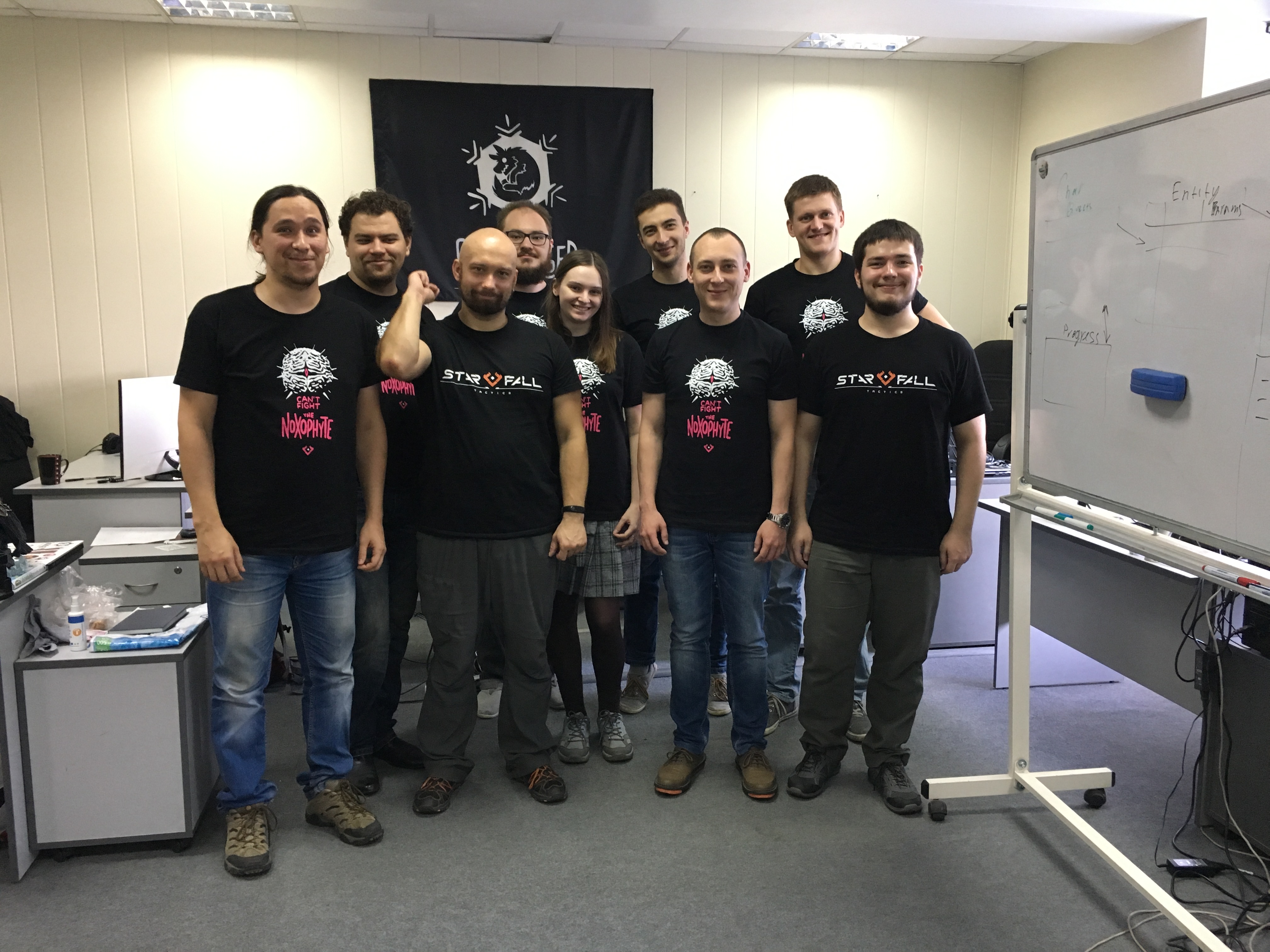