I'm sorry for the relatively infrequent updates lately but as it's soon time for vacation (and as more or less every construction site of the company I work for aim to be done before the vacation...) I've been working quite a few extra hours a day so I simply haven't had much energy left to mash my keyboard to provide you with any progress of LBKR.

Since my last post though, I've begun to add more minions that the player can summon. The minions fight for the player until they vanish, which they do as their lifetime has passed. (An example is the Minebot and Interceptor, Tech-abilities. Both of them summon a minion.)

This far I've fully implemented three of the minions, 'Demon', a small err... demon(?) that may be summoned if a certain exquisite gear is equiped. The 'Fishman' that is summoned by finding it's lair in Oxygen Processing and the 'Spirit of Nan-Ma'altxuuz', can be summoned by holding a certain unique weapon. All of the minions can additionally be summoned on demand with a new consumable item called "Callstones". 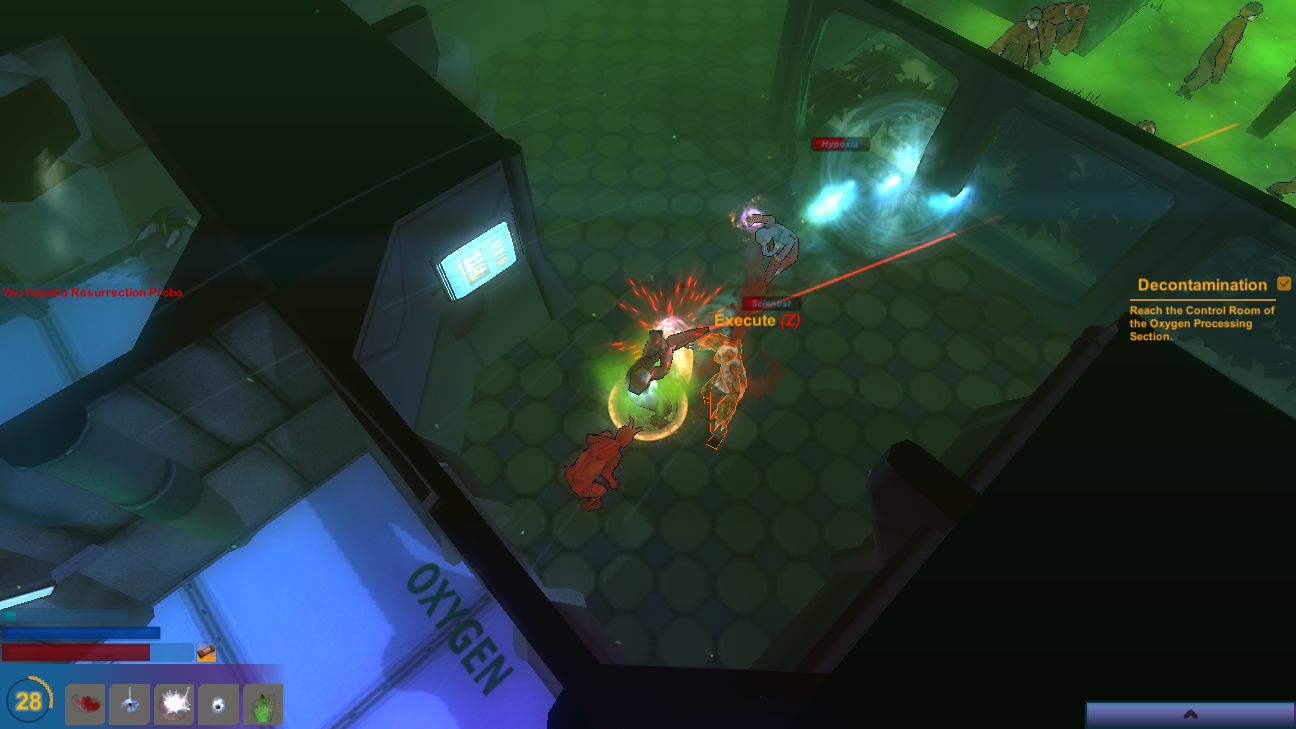 As for new items and gear, I've added four new weapons (whereas three of 'em are of exquisite/unique rating.) and three new exquisite armor pieces. Additionally there are four new super(unique) item modifiers: 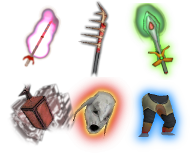 As for more common gear, there are 9 new item modifiers. Their effects range from reducing ability cooldown and costs or increase the amount of currency and resources dropped by monsters on death, to buff or modify the effects of specific player abilities. 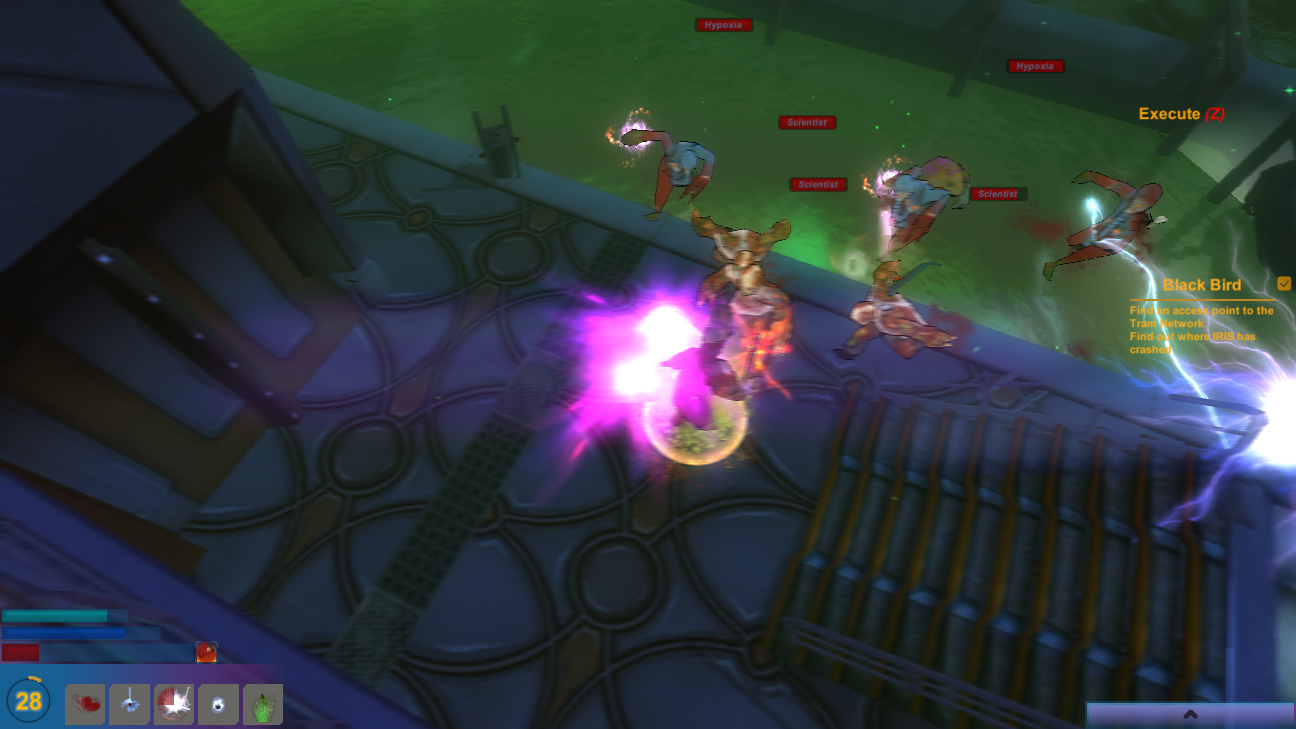 There's also a new damage member/effect called "imprison", victims can no longer move while under the imprison-effect but they can still use their attacks. As with the other damage effects (Bleed excluded...) this effect wears of after a few seconds. 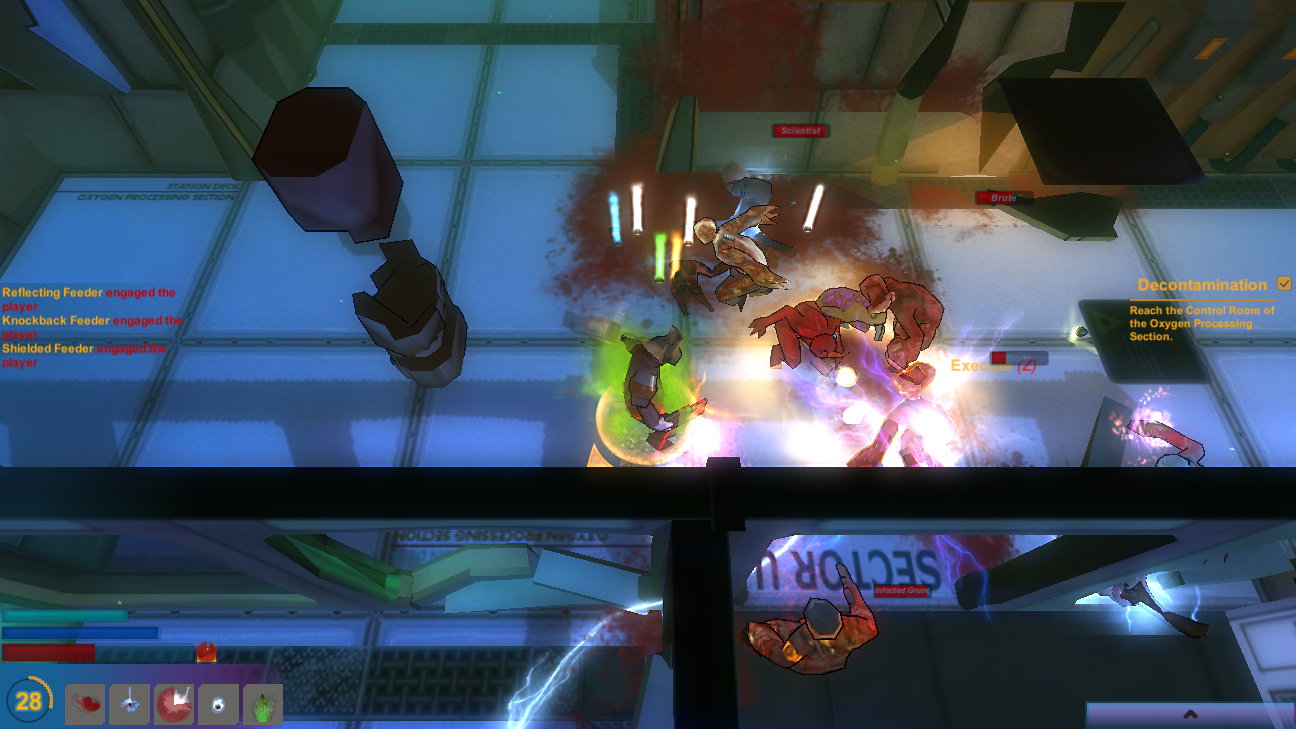 For the UI, I've still not quite found out why the main menu does not respond to actions when playing on Linux in fullscreen mode, I'm having a hard time trying to recreate the problem but I will keep trying. Meanwhile I've started to redesign the menu slightly, there are no major changes, merely regarding the layout.

For the in-game UI I've added new player debuff-state icons to the HUD that will be enabled whenever the player's stunned or imprisoned, to make it more clear why the user can no longer move their character, and any minions that are summoned by the player will have their remaining lifetime display at the lower left of your screen, just above your own characters health bar! 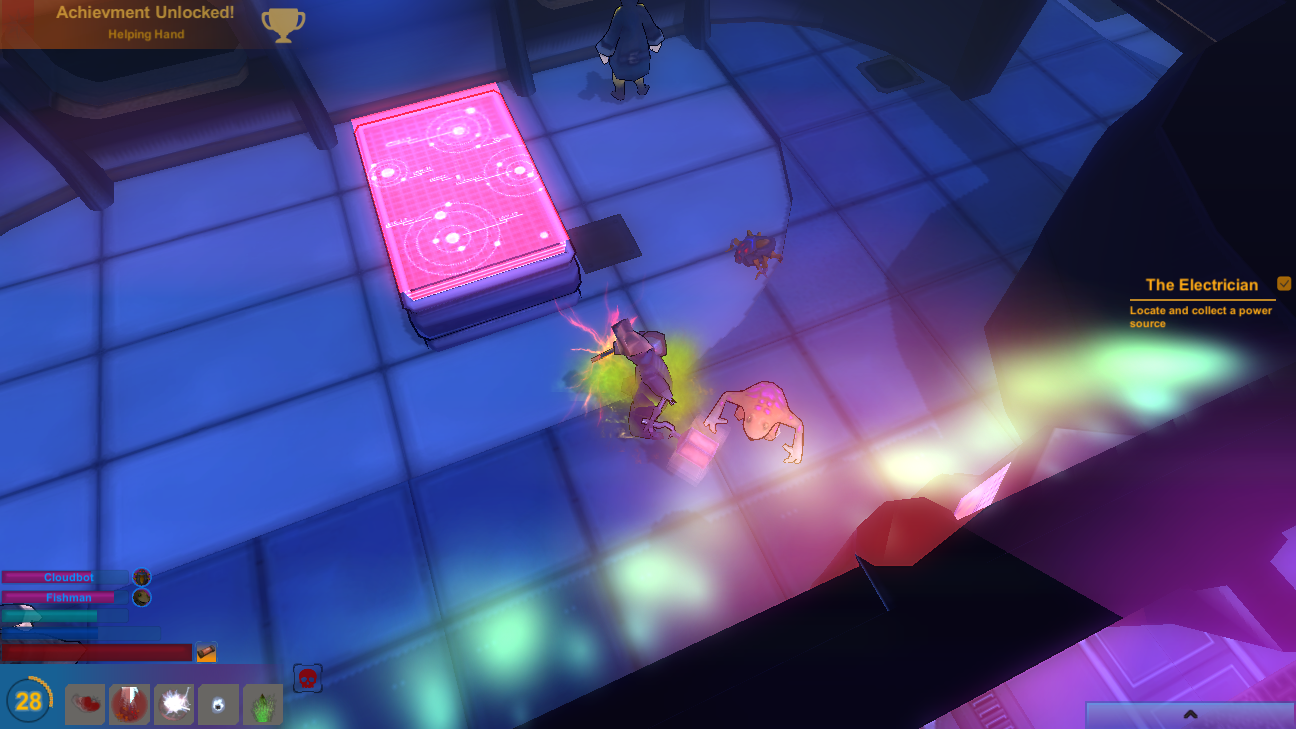 Another awesome update! Dude you totally need a vacation! Thanks for all the time you have spent on LBKR... its really turning out to be great project and a fun release time spender.
No big deal about the fullscreen menu, I can always run it windowed.

Thanks! :) Good thing there seem to be a work around for the problem, I'll give it my best to solve the issue as soon as possible anyways!