So let's sum up what's been going on with Loot Burn Kill Repeat this week!

The weeks fly by, already time for an update! I'll start off by revealing that the 4.222 update of LBKR will be released next weekend! I'm starting to feel pretty satisfied apart from some small tweaks and adjustments I will spend my next week to fix.
But hey, what's been going on this week?

I've added Armor Piercing damage type and skills that allow for the damage you inflict on monsters to partially ignore the monster's defenses. Currently the only way to modify the Armor Piercing value is by equiping items that enhance the skill, I will add Marker effects, abilities etc. that will power up your AP skill aswell though!

The Armor Piercing modifiers depending on equiped weapon for example looks like this:

The Armor Piercing damage type is another measure in order to not make heavily armored monsters and bosses too overpowered.
I've also changed the way the game difficulty settings modify the gameplay. Earlier it only made monsters gain more levels on top of the minimum level on the current map (Easy: +0 lvl, Medium: +11 lvl, Hard: +22lvl). While the monsters still gain levels their skills are now also modified depending on the current difficulty, also the item generator will generate better gear on higher difficulty levels. The new difficulty modifiers can be seen below.

I've also added a small Item Tier multiplier to any generated Item Modifiers, to make sure that the Item Modifiers that are generated on higher difficulties and later in game are not too crappy to actually be of any use. (eg. a shield dropping with +0.9 health points obviously isn't balanced, atleast not if it happen' on Medium or Hard difficulties for items of Tier 10+ )

The coming week I'll also make sure to boost the player's Rare-item-find chance skill depending on set difficulty aswell, by my early game testing of the new difficulty system I feel that it might be necessary.

Another fun thing I've added are visual effects for when monsters die by elemental damage.

Particles of the target elemental type will be emitted from the monster's body for a short time after it has died and the monster's skin will be scorned, fried, frozen or.. eh, well I actually wanted to make the monsters melt by the toxic elemental (Got inspired after re-discovering the old Doom games and spending a few hours with melting demons with the plasma gun hehe) with but currently they just turn dark green. I'll try to make time for making them melt later but it's been put on hold for now. 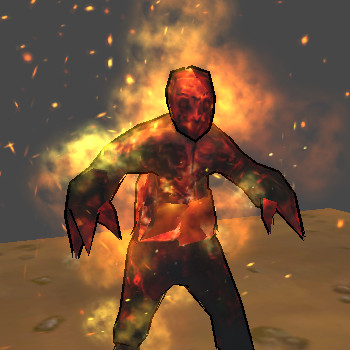 On a side note I also added yet another monster, he's called "Cultist" and is actually a human fanatic who are devoted to the Forsaken creatures and fight along their side. The monster is easily recognized by the Forsaken skull-helmet ornamented by two horns he is wearing. 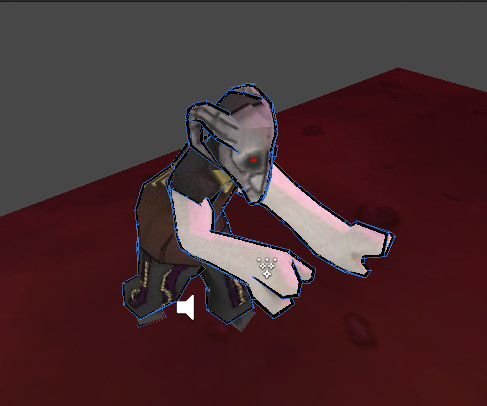 There are a few additions to the UI this week aswell, first and foremost there is now a Game Setting to enable Combat Tracker texts that will display UI messages of what happens during combat sequences and what damage effects are applied on your opponents. 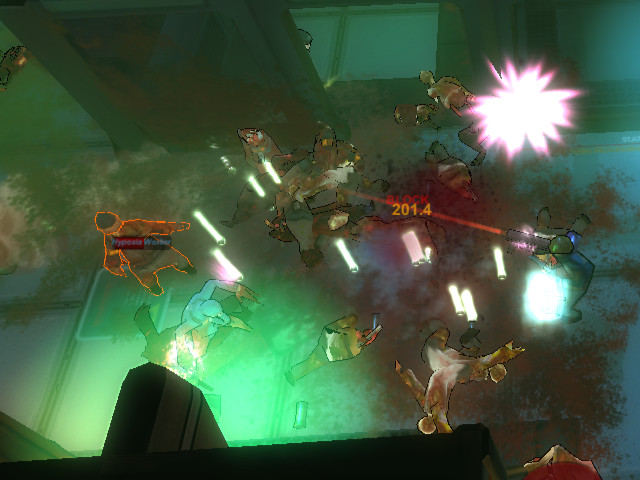 Also the item tooltips have been repaired, I noticed the scaling of these UI elements were sort of odd, so I enlarged the windows and also slightly rearranged them.

The text inside the windows are now larger aswell! A small tweak was made to the Journal/Log window aswell, in the uper update-panel of the main log page local map updates will now be displayed. ( Triggered by special events in some map layouts, or if Void Walkers appear somewhere on the map etc.) 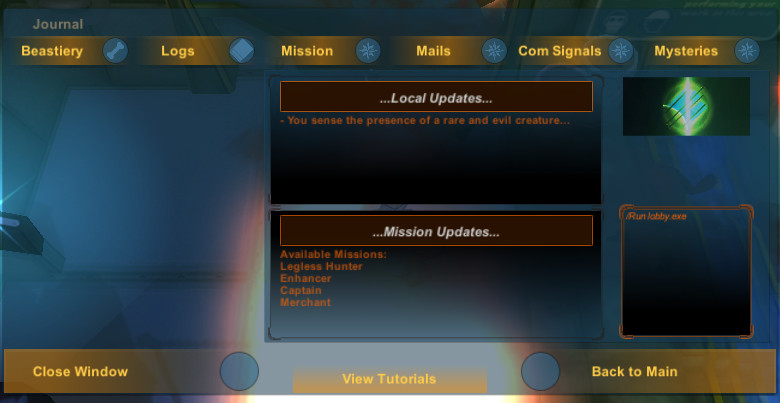 That's it for this week, stay tuned for the 4.222 release of LBKR next week, and also don't forget to check out the new LBKR website / Game Guide

Also, you could take a look at this video clip I pulled together of some in-game footage with some of the features mentioned in this article!

One thing I noticed in earlier releases... early on in the game I notice that my attacks miss a lot. Is this intentional? Roll-of-the-dice sort of thing?

Also, every time I pick up a projectile weapon I only have a few rounds. I couldn't figure out how to get more rounds or identify how many were left.

So I would shoot 2-3 times and then my gun was empty. I had to run away so I could switch back to my melee

Thanks again for the detailed updates

When using melee weapons there is a roll-of-the-dice thing going on, when attacking with such a weapon a check is made between your character's Attack Rating skill and the opponents defense skills to determine if the opponent manage to parry or avoid your attack. It's not supposed to happen' too frequently though so I'll have a look at that after 4.222 release and upload a small update once it's sorted out.

Ranged weapons consume your "Plasma Fuel" vital (Green / Cyan meter on the lower left of your HUD) There were changes made to the ranged weapons in 4.210 including this Plasma-vital setup.

At the time it felt like a good idea but perhaps I should reconsider since it hit me now that this might be slightly confusing. Will think about good solutions to this, for now what you can do however is to add skill points to skills that affect "Plasma Fuel" from your Skill window (Hotkey: C) when you've leveled up.
A good idea could also be to add a weapon to your "holstered item" slot, that way you can instantly change to that weapon by pressing your Space-key, with no need to open up your inventory.

Again, thanks for the feedback! Gave me alot to think about, I'm to short on time to have it fixed until the 4.222 release this weekend but I've added them to my "to-do-after-4.222" list. :)

Ah, plasma fuel. I'm still learning the interface. I was looking for an ammo amount somewhere on the gun or in my inventory. Thanks for the spacebar tip. I knew there was a holster, but didn't know how to use it.