To celebrate the Launcher V2 that is to be released in Beta version this Sunday, I believe a wee competition is in order.

To celebrate the Launcher V2 that is to be released in Beta version this Sunday, I believe a wee competition is in order.

Screen-Shots
First, a couple of screen shots to drool over. 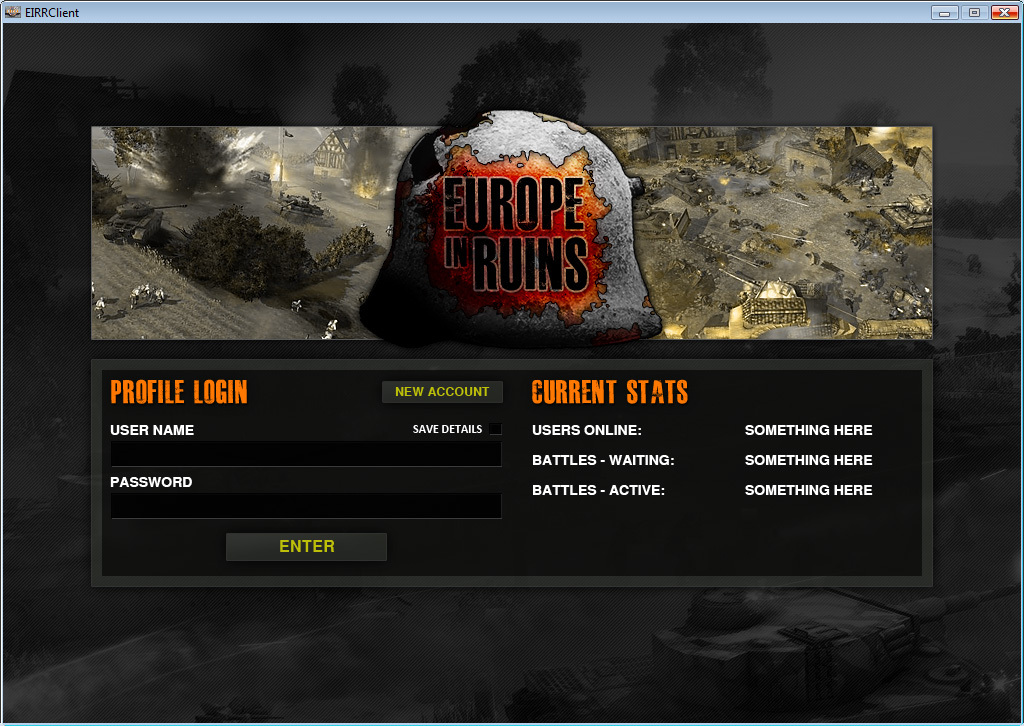 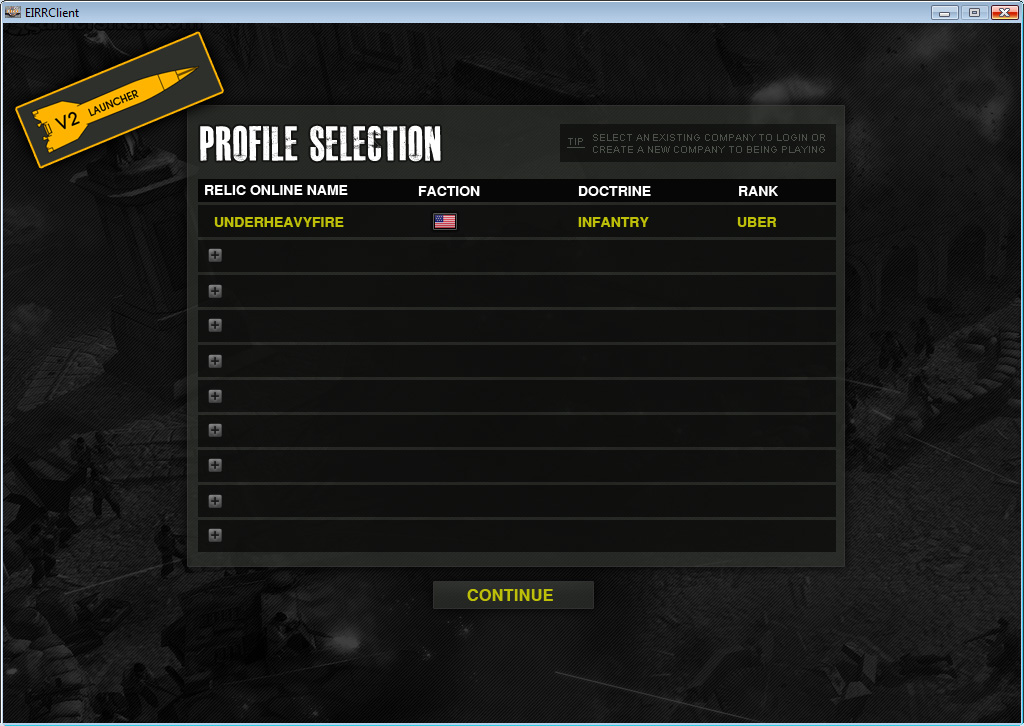 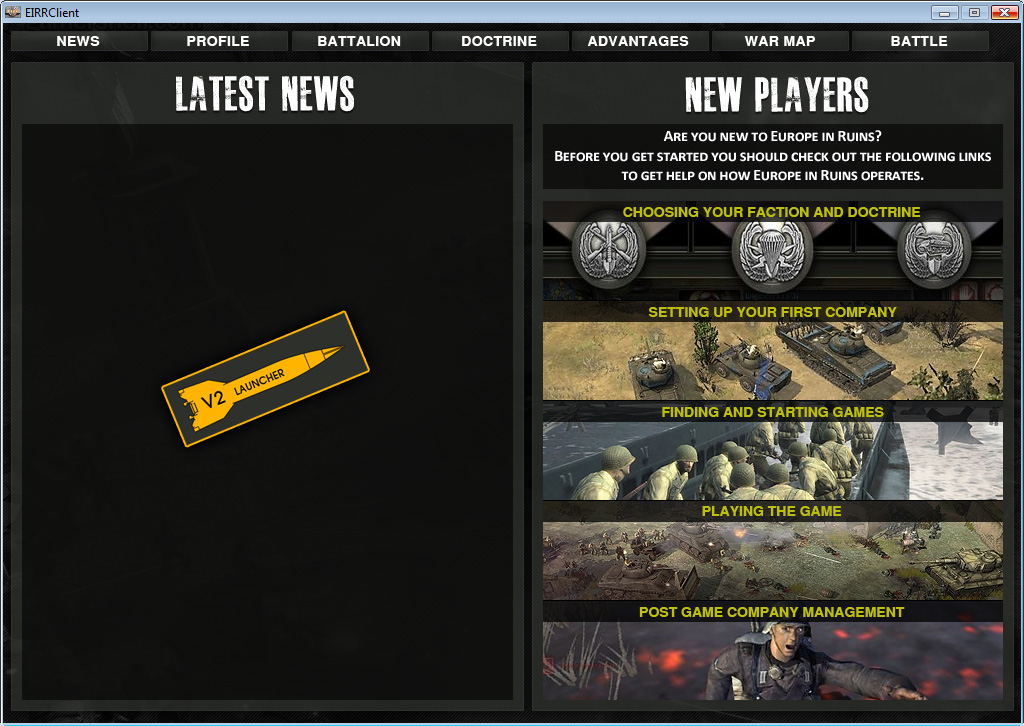 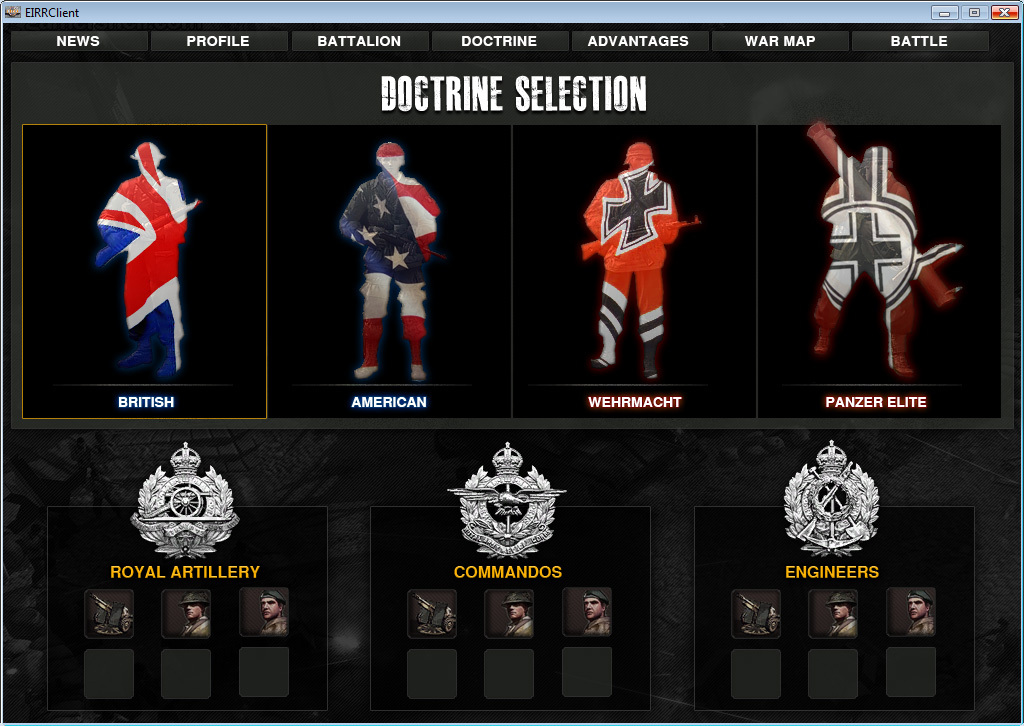 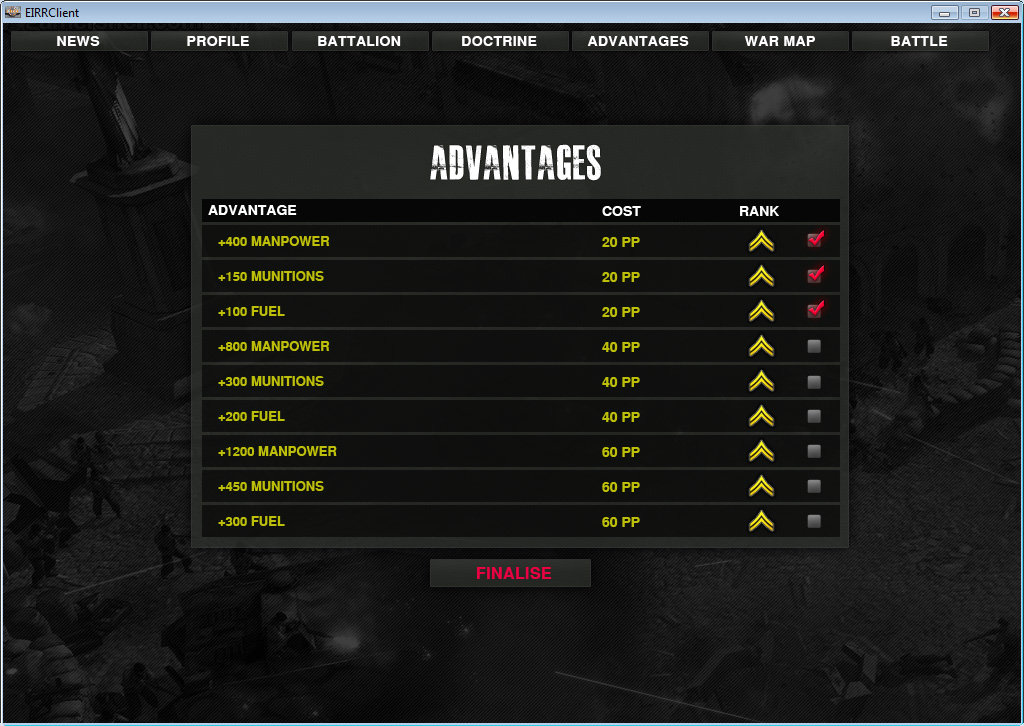 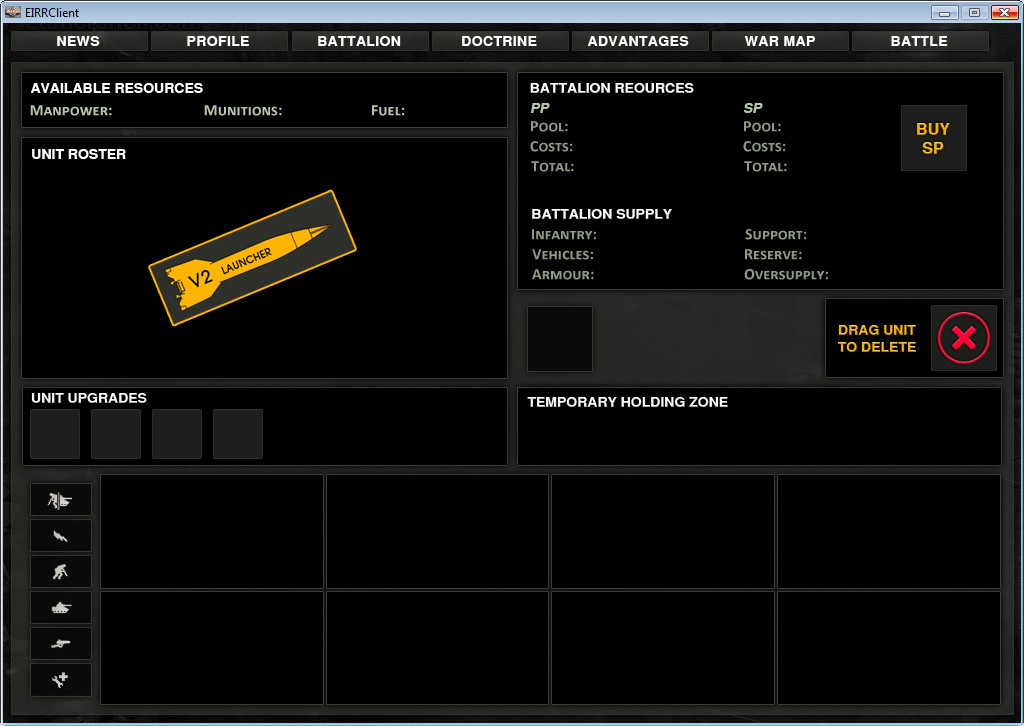 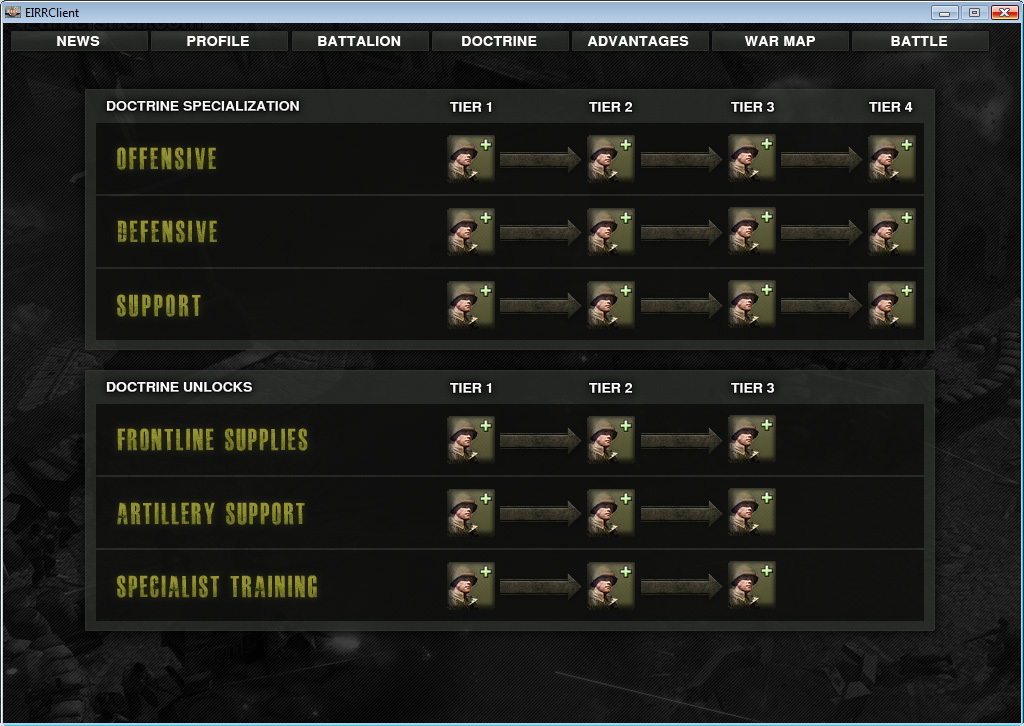 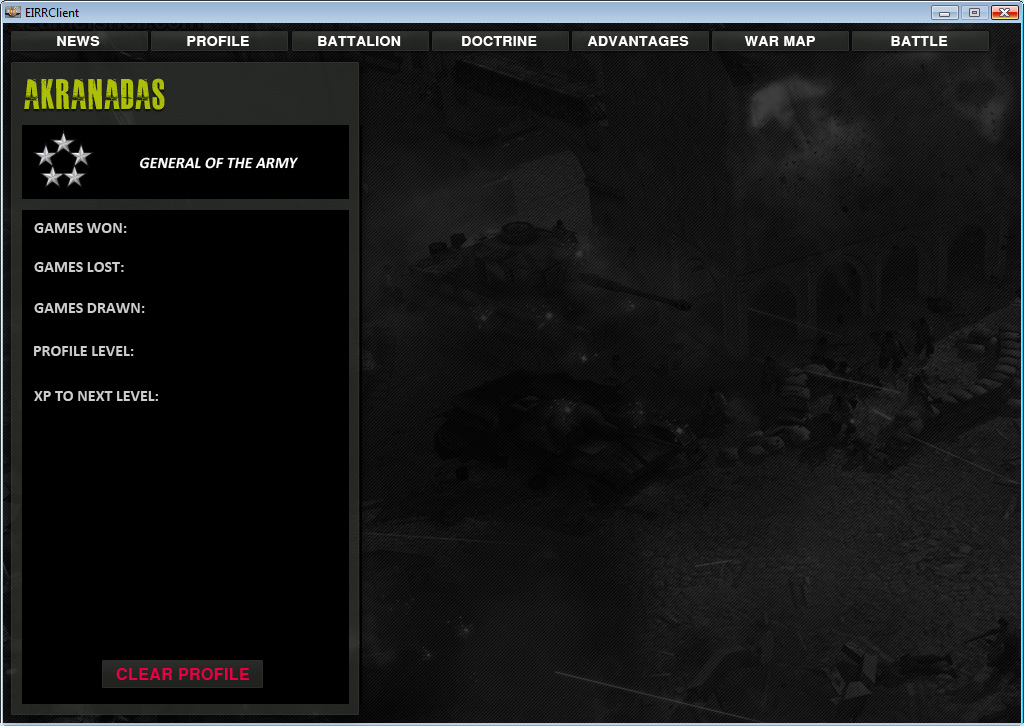 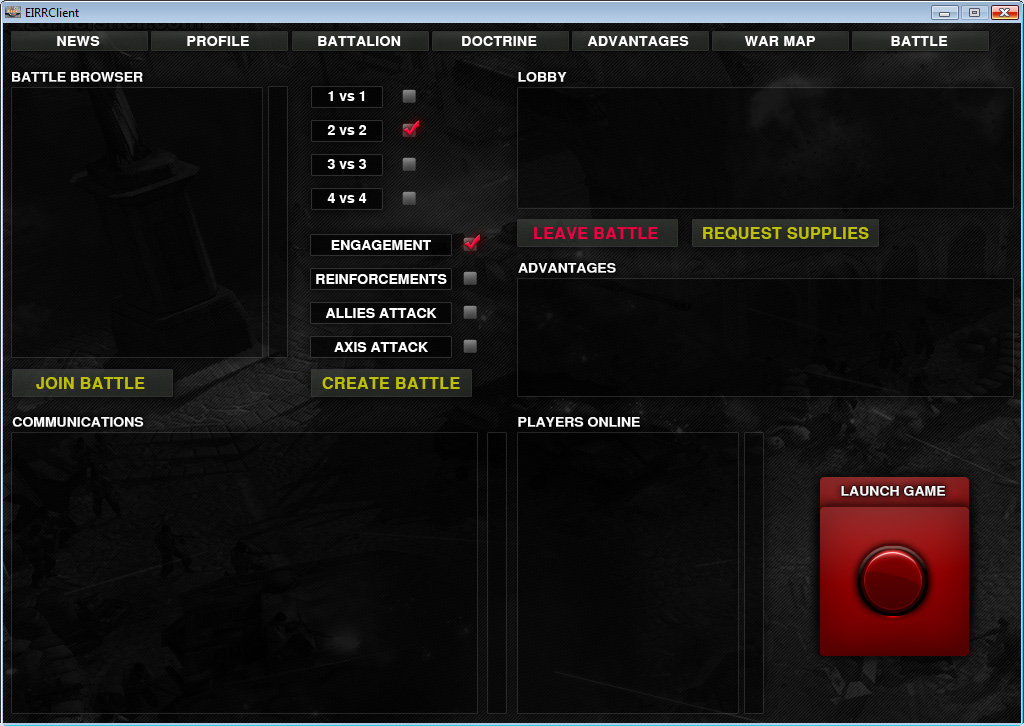 Big thanks to UnderHeavyFire who has been like my graphics slave these past few weeks. For those of you who dont know who UnderHeavyFire is, he originally designed a warmap for EIR (original) back in the day, which would have seen its debut in EIR 2.0, but it was not to be.Thanks UnderHeavyFire!

Starting today (now in fact) - All profiles have had their win / loss cleared.
Then, until the profiles are cleared, the top 10 players with the total number of wins / losses will have a small head-start on release.
The next phase of this same competition, will be that the top 10 companies (Wins count as 5, Loss 2, Draw 1) will be the first lot of players to receive a Warmap reward and Achievement award when it comes out.

Uhmmm.. actually, this punishes casual players. I was going to choose highest Vet units but it was bugged, but NOW I just remembered, that it should be FIXED when Launcher V2 Beta is released!
So, the actual competition for phase 2 will be: Top 10 vetted units per faction - these 10 units will not be shown, but randomly selected from the unit tables! It could be a Tiger, or Engineers ;) This competition will be running for approx 4 weeks.

yeah, people donated more than 400U$S when they saw it lol.

Looks mind-bogglingly slick, I'm going to try and get back into EiR

Is it working now? Cause i have still old version after update.

The new launcher will be released in about 1 hour.