There has been a lot of fairly organised and regular development through October and November.

There has been a lot of fairly organised and regular development through October and November and steady progress has been made on fixing and expanding the core game components. I now have a regular team of 3 testers, proper backlog management, sprints and even a Slack site for team organisation!

The changelog in brief (and not really in order)...

- Converted project from javascript (Unityscript) to C#
- Implemented new character screen showing attributes and skills
- Very basic calculations for stats based off attributes
- Attributes affected by skills
- Some skills affected by some attributes
- Fixed up some sounds so they are 3D
- Updated damage indicator to uGUI and gave it a simple animation
- Threw out the old map and started a new one. All new installation!
- Added Engineering level

- Add a torch (dodgy as)
- Fixed for finding cover, finding targets, targeting team members
- Fixed restart on death
- Added a build version
- Replaced tooltip with uGUI version (pretty ugly but working)
- Party buttons populate with party members
- If you click on Invite and then click on NPCs, they will add to the party.
- Converted the container transfer UI to uGUI (completely rebuilt as a new window). Interacts nicely with the Inventory but they don't align with one another yet. Can be dragged into position.

- Added close buttons to Inventory and transfer window.
- Fixed target chasing code so it looks to see if NPC has caught sight of the target again (or found a new target). If so, attack again.
- Made party members follow the player. Party members will check carefully for trouble while moving around and respond as necessary. Needs refinement.
- Enabled Take All, Take Ammo and Take all non-junk buttons on the container screen
- Fixed weapon positions
- Added crouching when you hold down the CTRL key. For the uniform only at the moment

Here's me getting my ass handed to me when I went to grab a torch in engineering.

An overview of the new engineering level (very early build) 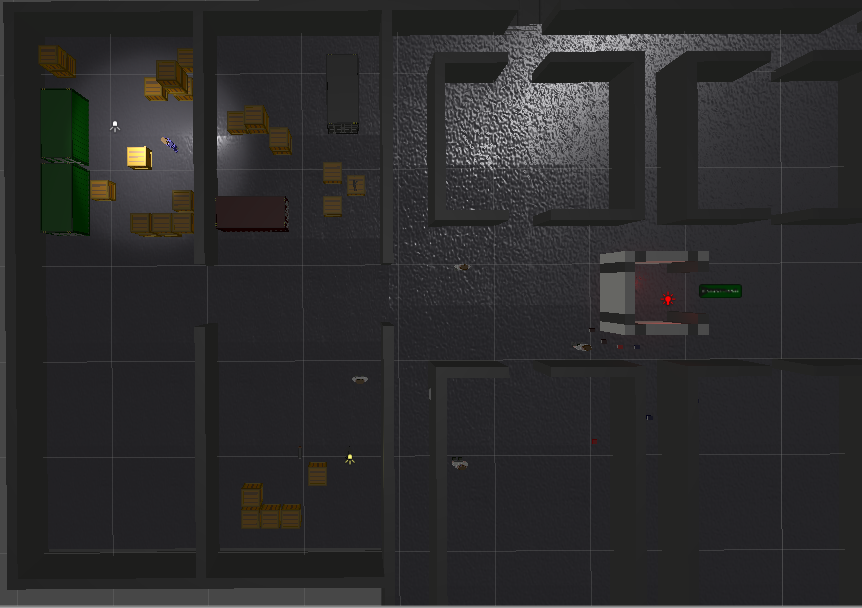 Couple of images showing a battle armour helmet on a shelf, and someone's desk. 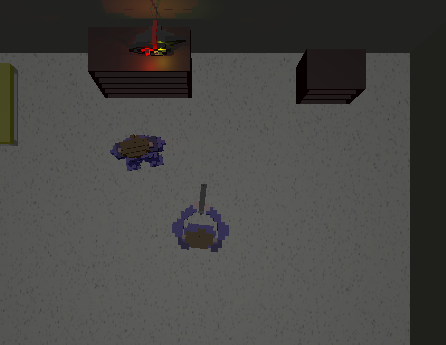 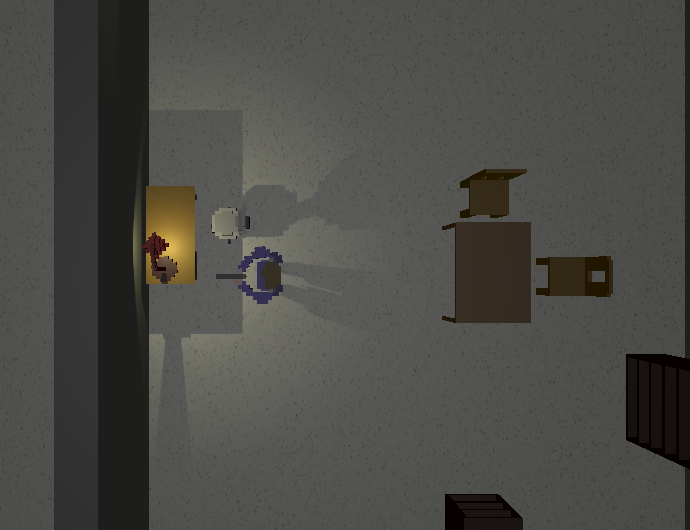 Last one for today, having a quick chat with one of the NPCs.

should showhow the ia works <3