Today we have the last big update for you! It is mainly about the Goauld but shows some new things! Have fun with it!

Hello community, it took a long time, but today we have the last "big" update for you!

Why did it take so long? Well, originally i wanted to wait till the last patch for the Final 1.1 is finished, but it seems to take a bit more time. To accelerate the development and to give you already access to the beta version of the patch, check out the forum topic on our German homepage: Stargate-eaw.de〈=de
Please download the patch and report bugs and issues into this forum topic, NOT here on ModDB, thx! I am going to upload it here on ModDB, when it is completely finished.

You should also know, that this update does NOT contain stuff from the original ModDB feature anymore. All you see is new but because of that, we have left out some older things. ;)

Ok, so much about the general stuff, let's start with the interesting part! In the last news, you have already seen some of the Aschen buildings, but today we have the brand new huge Aschen headquarter for you! It will be the main point of interested on the Aschen homeworld map. 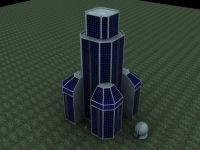 Furthermore, we have some other new map assets. The following buildings are meant to be part of the Alpha base map. They are WIP as you can see, but Klon will build a nice Tauri outpost with them. 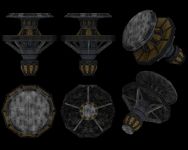 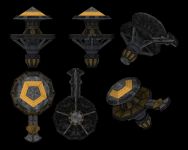 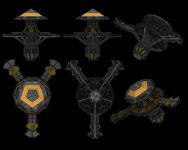 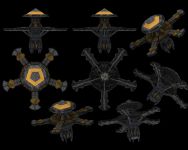 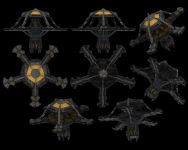 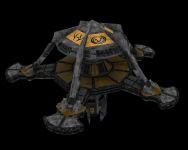 I think you see the difference! ;)

Last nut not least, we have a brand new unit for you! Who does recognize it?^^ 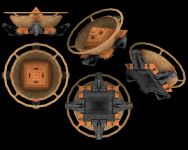 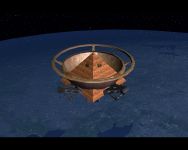 Yeah, it's the experimental Hatak of Apophis, which was destroyed by SG-1 in the series. Credits to Wolf V.2 for the model, thx!

That's it for today, I hope you had fun with the update!

very very nice... with the Hassara station i can see a few subtle changes to it... and i know this happens all the time but i can't wait for it :P
keep up the good work :]

i love the goauld signs on the space station ;) lovin it

Hee ^^ Cannot wait to see how that ship plays!! Looks nimble with a secret punch 2 it :D
..Duno the ship actually, so i can imagine all i like about it xD

Nice job! Question though...what is meant by this being the "last big update?" Last big update until the release of the patch, or of the FoC version itself?

It mean that this is part 3 of 3 from the "Summer of Mods & Indies" Event content.

As of now we would release smaller updates.