Post news RSS Last 5 days of our screenshots special, plus another interview

The final five screenshots of our 10 Mad Days of Screenshots special, and since it is friday once more, another Developer Friday interview! And there is a big announcement following in the very near future!

The final five screenshots of our 10 Mad Days of Screenshots special! And as added bonus, we have also replaced all of the old screenshots on our website with brand new ones! Have a look at our refurbished Media Page. 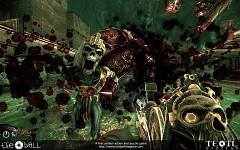 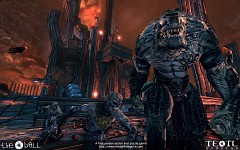 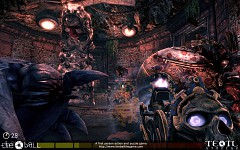 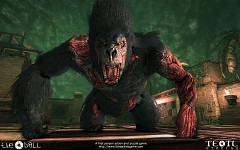 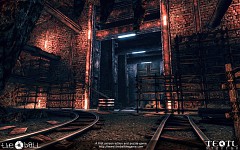 This weeks Developer Friday is devoted to Markus Palviainen, our lead artist and the one responsible for the Ball and weapon models for one.

My name is Markus Palviainen, and I am 28 years young. I do mostly artwork for The Ball, anything from environmental pieces to characters and UI, but I have also done some kismet scripting and level work.

I joined the team in summer 2008. I got introduced to Sjoerd through my friend Bart (sensei Pestibug). I was studying 3d art at the moment and thought it would be a great opportunity to learn more about game development.

Well at first I thought I wanted to be a network technician, but after studying in Gothenburg for a while in 2006, I figured out it wasn’t my calling. I got in touch with Pestibug on irc and he showed me what could be done in 3d. I was really inspired and started teaching myself. Well not all by myself, I got got a lot of information and help from Polycount (great forum for artists!). Eventually I got accepted into the School of Future Entertainment, a game development education here in Sweden.

I would say either Unreal Kismet or UI scene editor. There have been moments where I was close to massacre my computer, and let’s leave it at that.

The environments are beautiful! I enjoy just walking around and exploring the areas, finding the secrets hidden in the game.

This is easily some of the most high quality work I've seen done with the Unreal engine. And obviously Epic agrees with you because you won the MSU contest.

@ NullSoldier: They didnt actually win the contest itself. But this game is so awesome that it should have won!

that's awesome can you give me some udk tips