Here are the rest of the machines in Larry's Arcade available in The Coin Game. There are a total of 13 ticket redemption machines and a Demo on the way.

Here is a quick preview of the "Mega Drop" arcade game.

Mega Drop is a relatively new game in the arcade scene. One play involves timing the drop of a rubber bouncy ball onto a spinning game board and then filling into one of the winning slots to win the prize amount shown. Mystery wins, Jackpots and even a Bonus Ball round are the big prizes. The machine will tally all of your drops after the game is over. The Mega Jackpot value is usually pretty large but involves quite a bit of luck to hit the center platform pocket. I have only gotten one in 2 months of testing. I almost spit soda all over my monitor. haha. 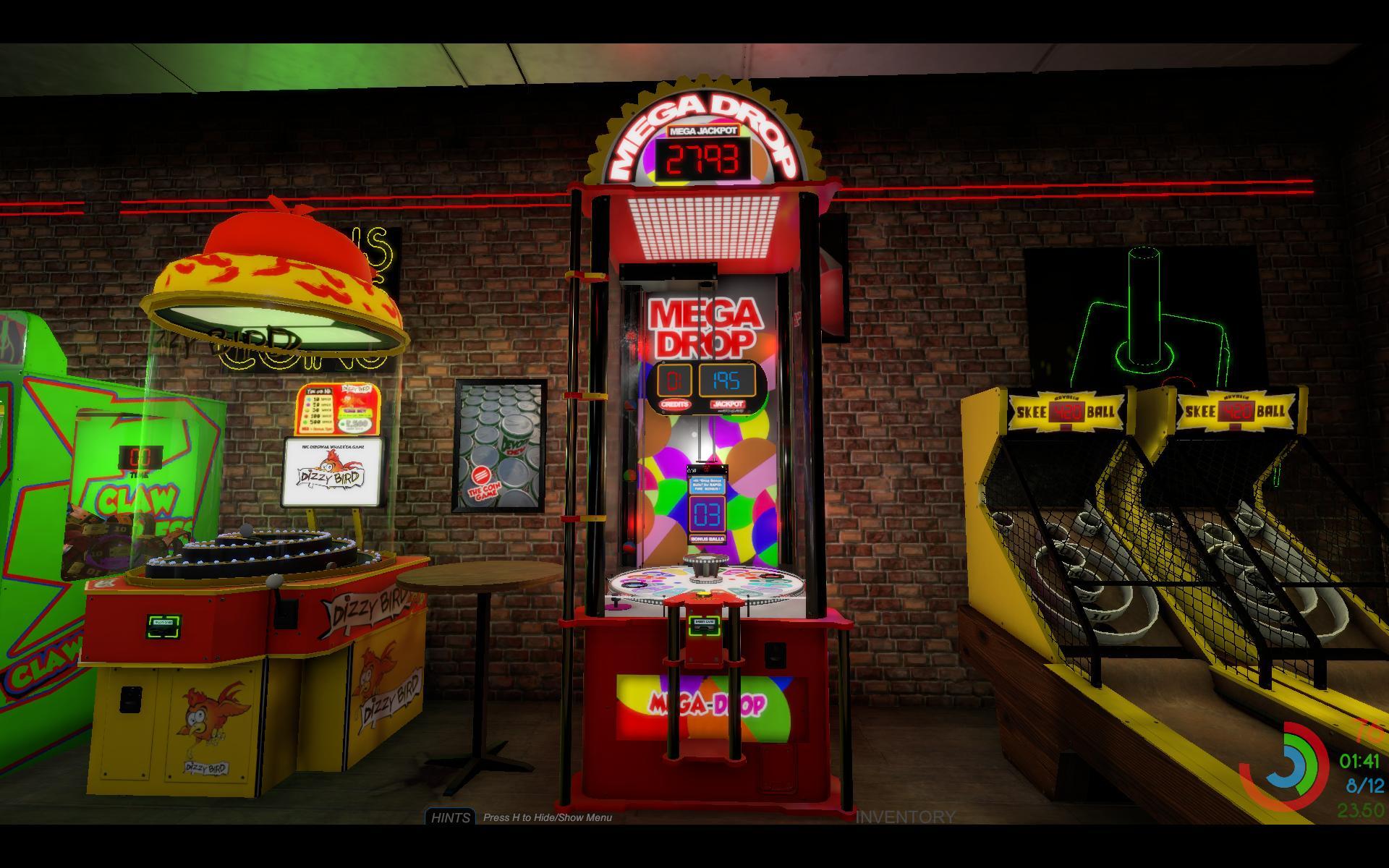 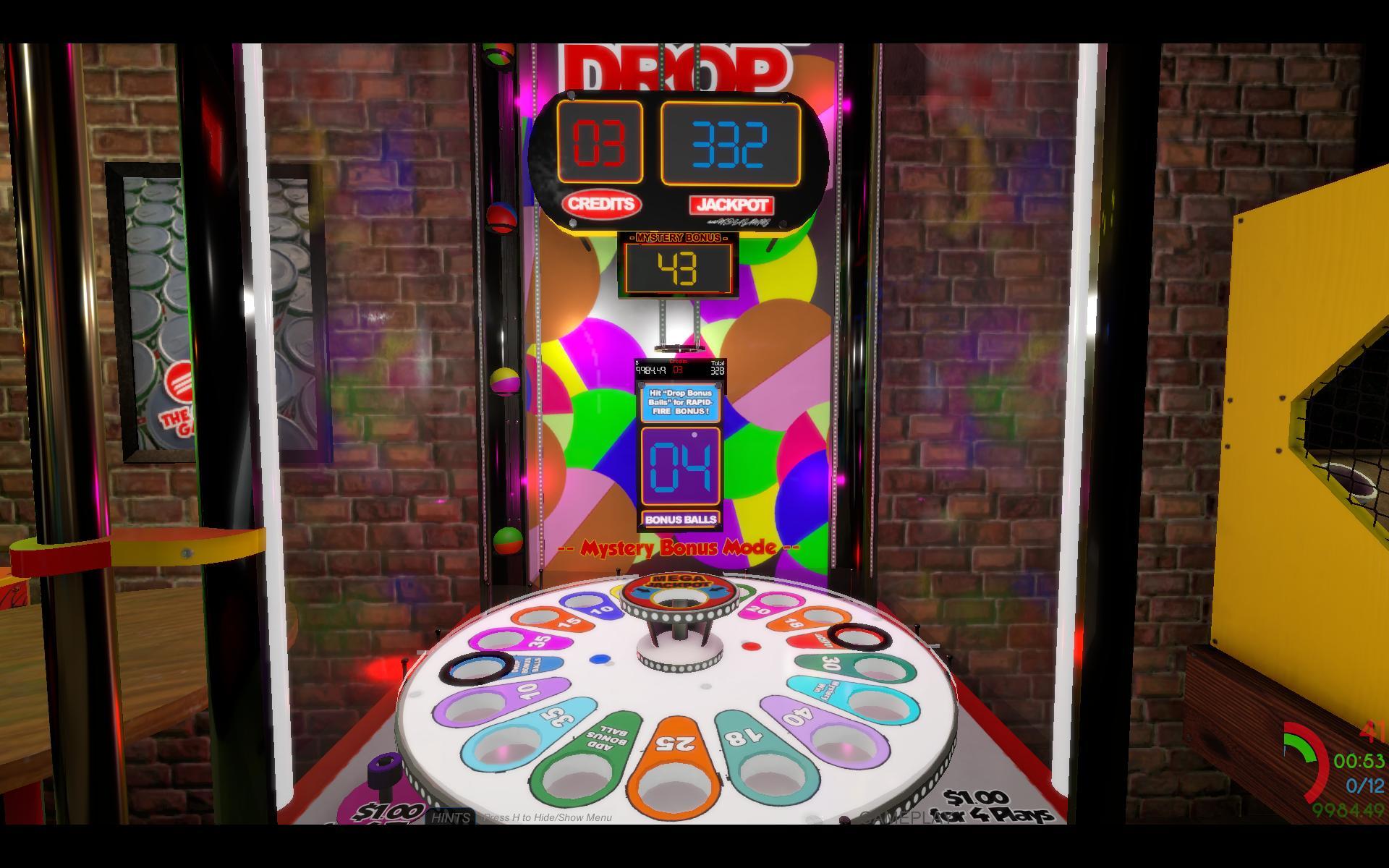 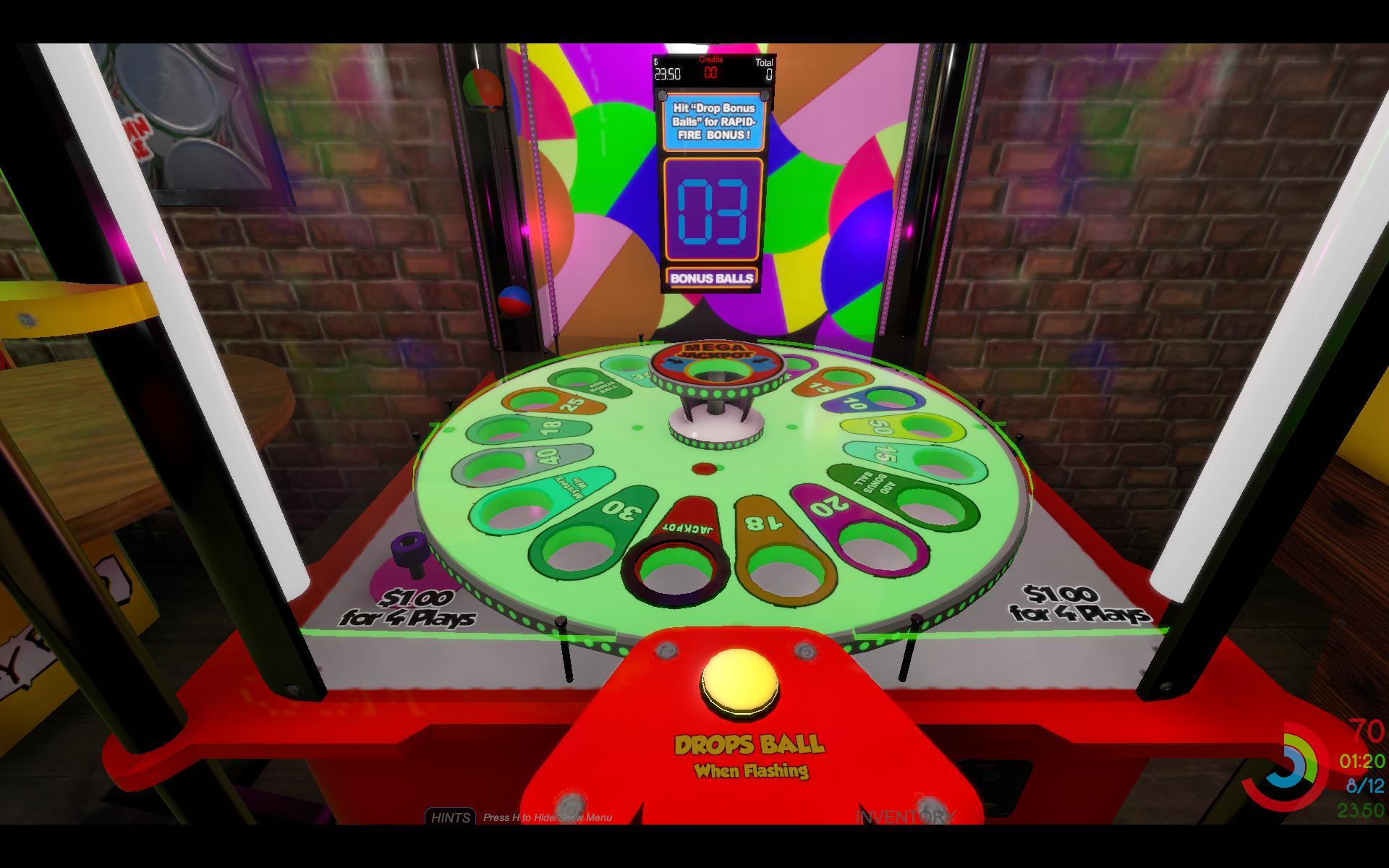 Here is a quick preview of the "Big Bass Wheelin" new arcade game.

Big Bass Wheelin is a simple game. Pay a buck to spin the wheel and catch a boat load of tickets. You dont even need bait. I was thinking of adding a bonus spin to the logic somehow but dont have any good ideas. Let me know what you guys and gals think 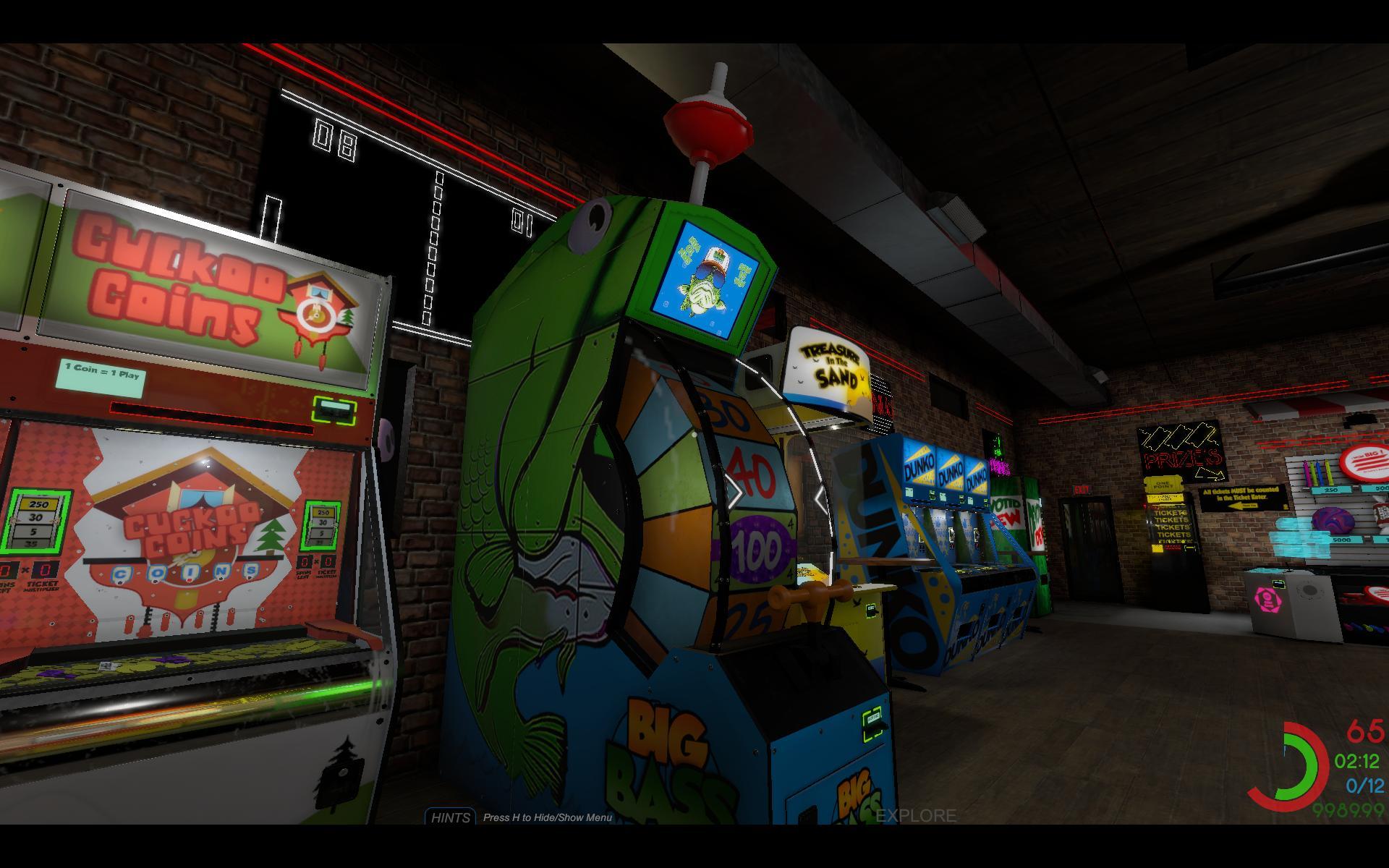 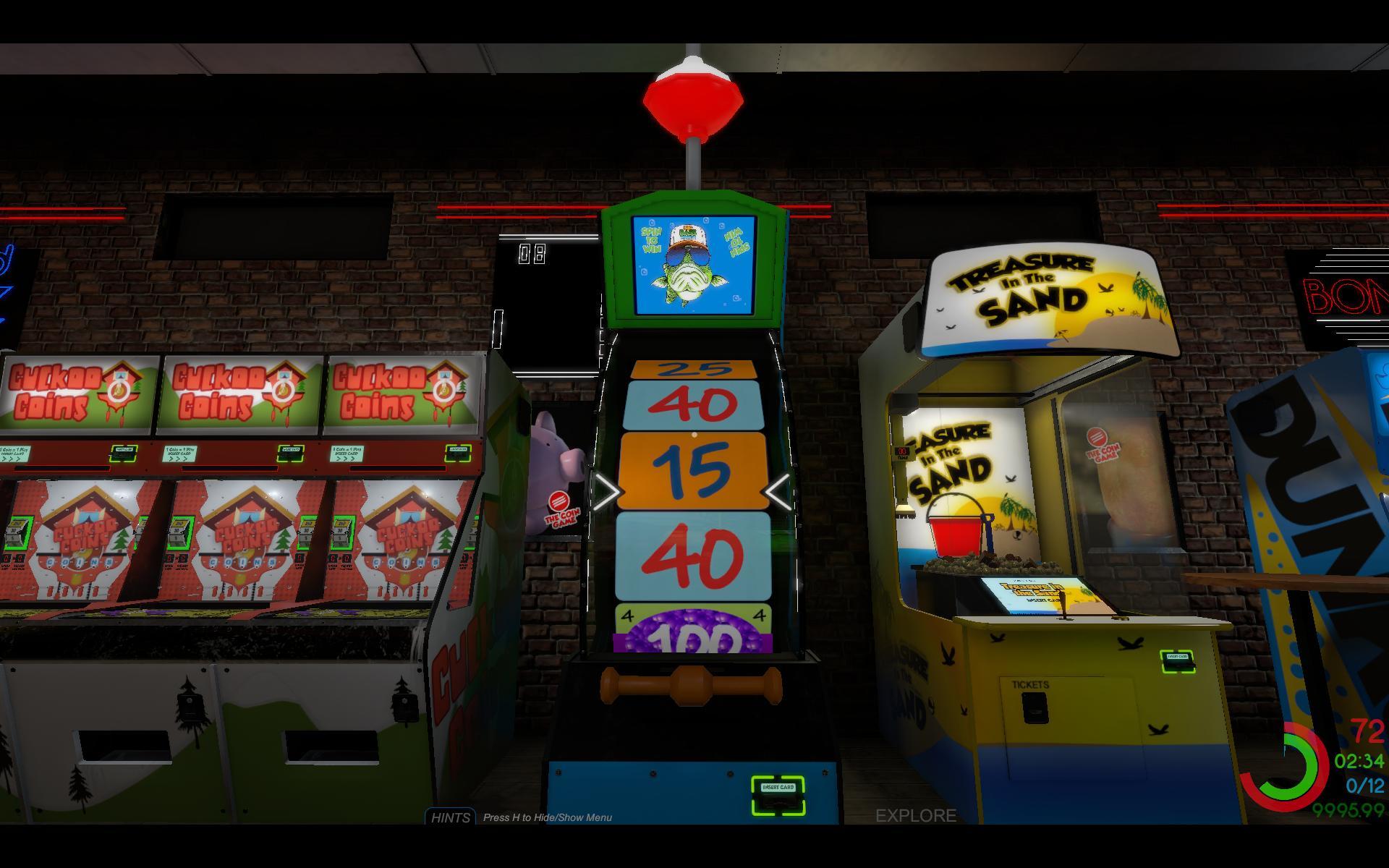 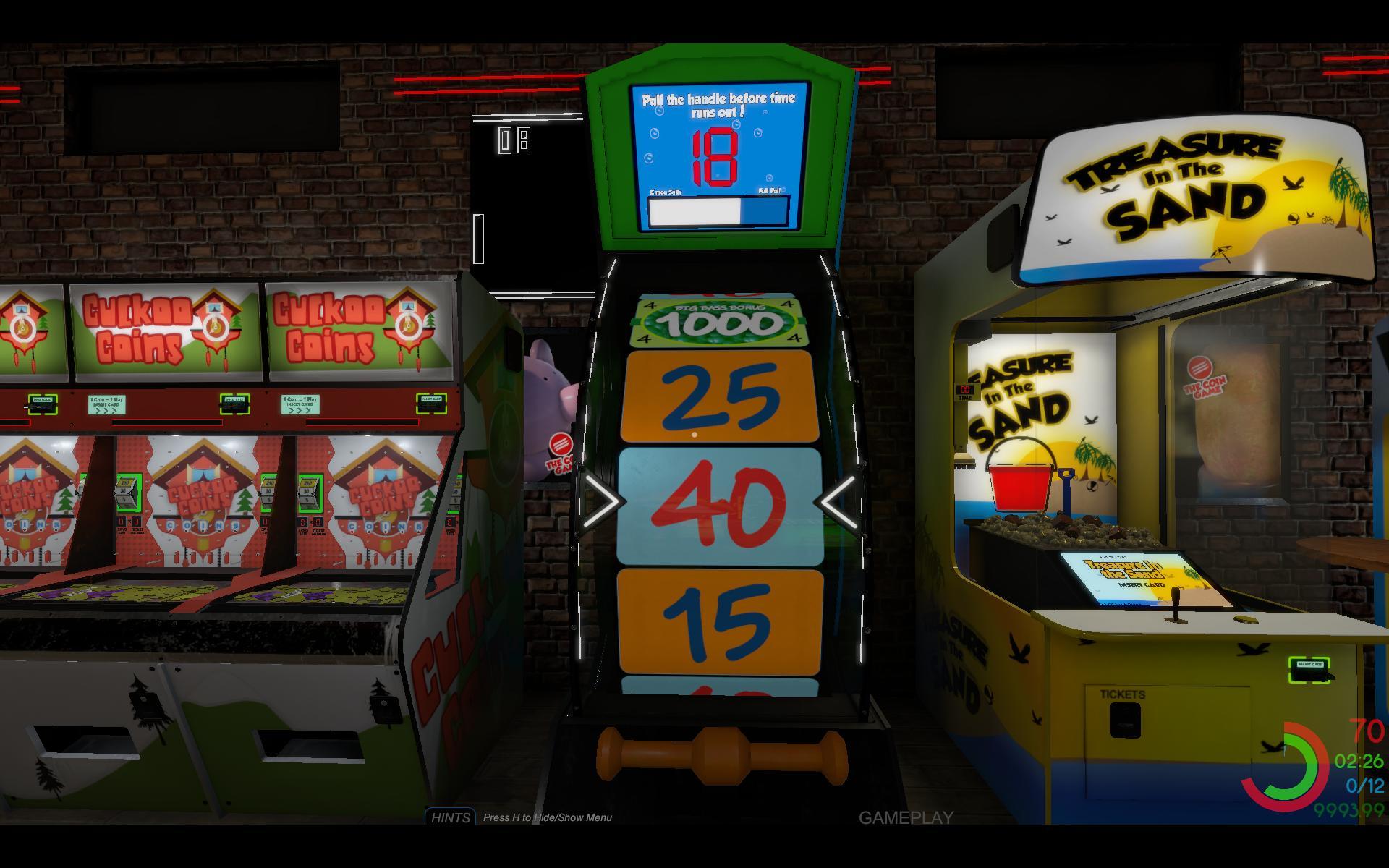 Here is a quick preview of the "Dunk-O" arcade game.

Dunk-O coin pusher style arcade game with an added bonus wheel and 8 Collector Cards. I LOVE COIN PUSHERS. This is where this game all started. I built a few tests in Unity about 7 years ago now and thought one day I would love to build a room full of coin pushers to enjoy. Well I can finally say that day is here. Objective is to light all of the DUNK-O letters to get a bonus spin for bigger tickets. You also receive one ticket for every coin that falls off of the edge. Dunk-o also has 8 game cards that you can win, collect and also trade for prizes. Dunk-o is the only place you can get these Trading Cards and will come in later in the Survival mode... ;) 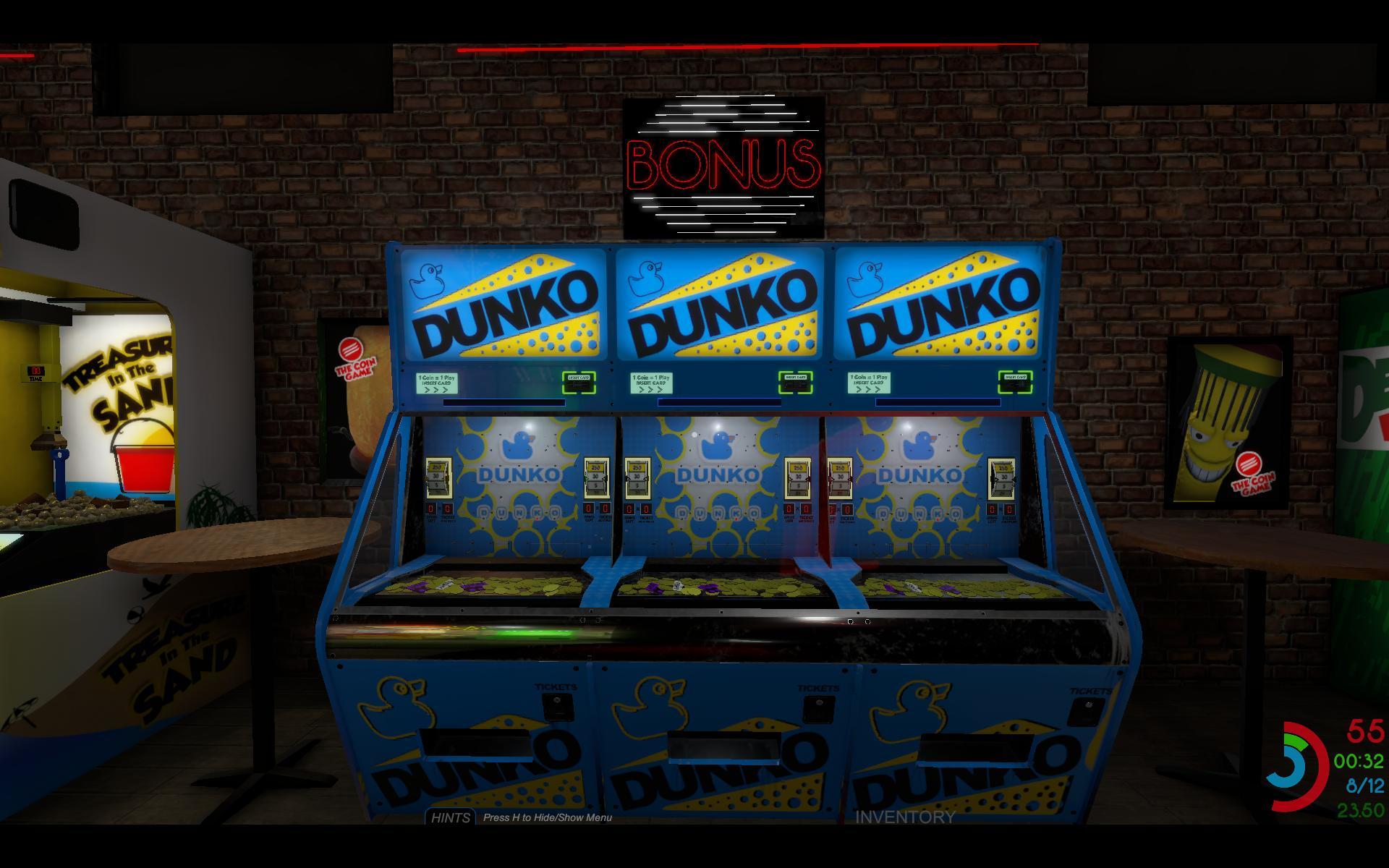 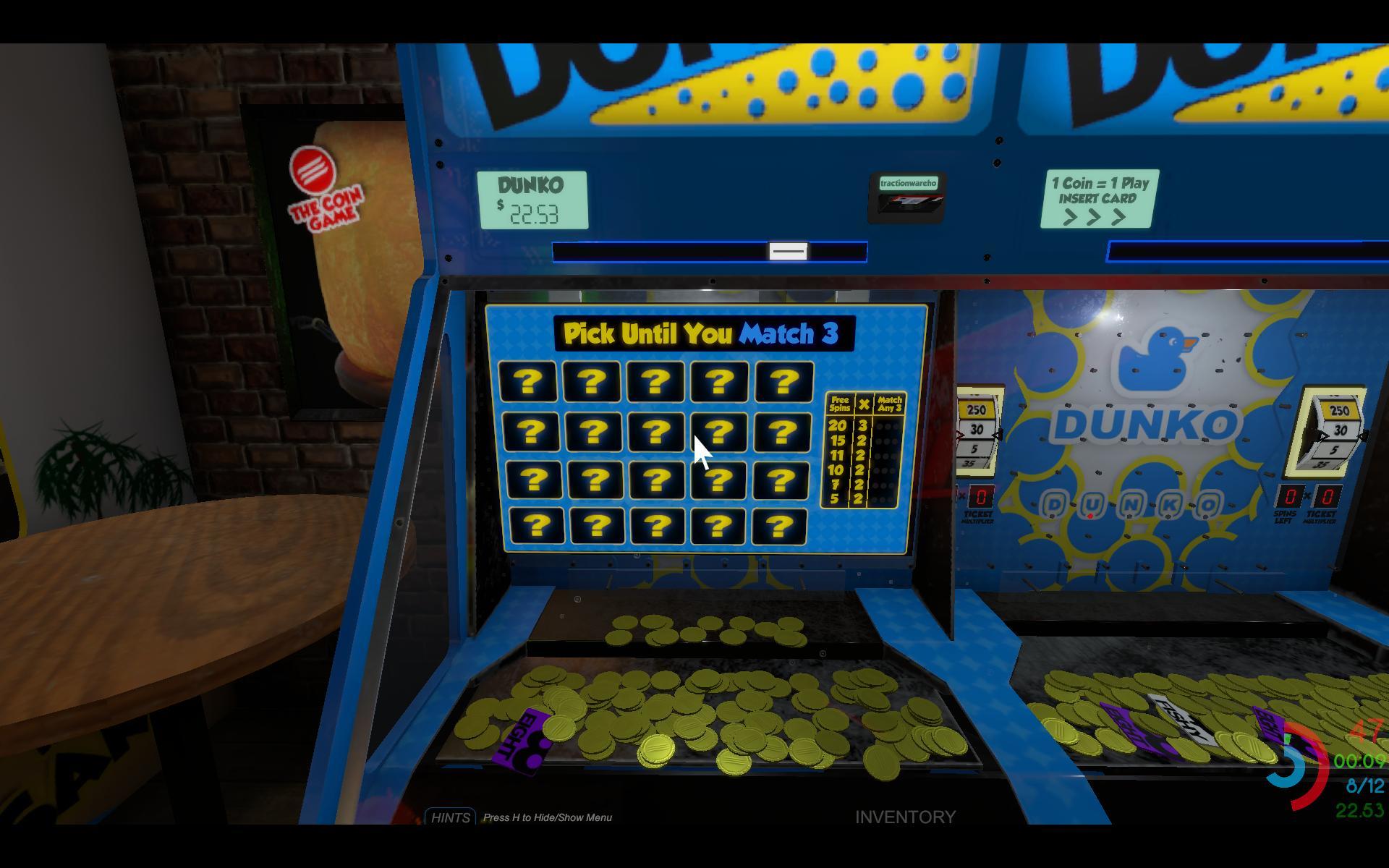 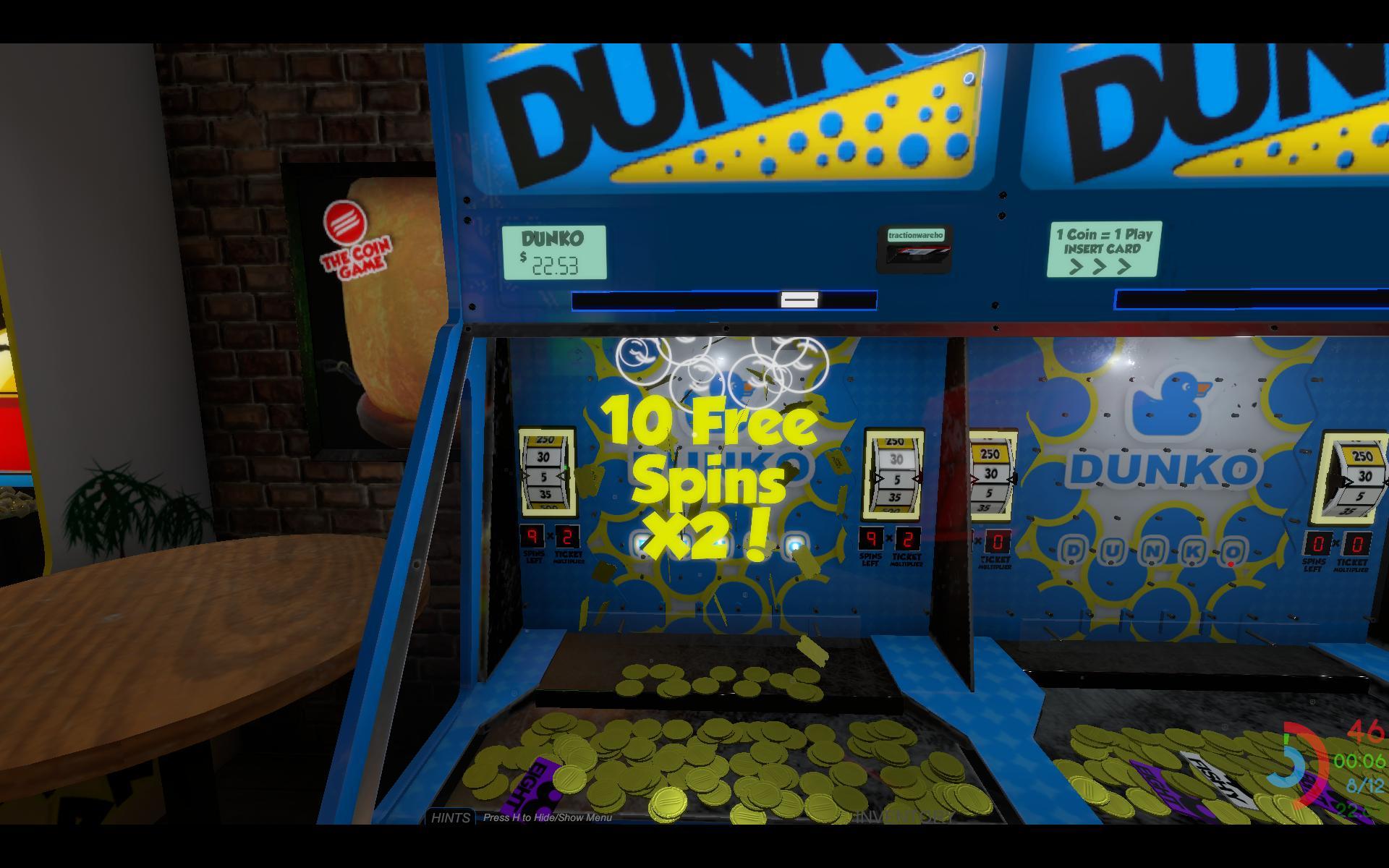 TREASURE IN THE SAND

Here is a quick preview of the "Treasure in the Sand" arcade game.

Treasure in the Sand is a fun physics game where you have to clear the game board of sand and treasure without touching the shovel in the center of the board. Each sand chunk is worth 1 point and the treasure chests are worth 15 points. If you can get more than 300 points you win the Jackpot. You get paid according to the scale on the game HUD. I am still tweaking the winning amounts on this game and the payouts may change a bit. 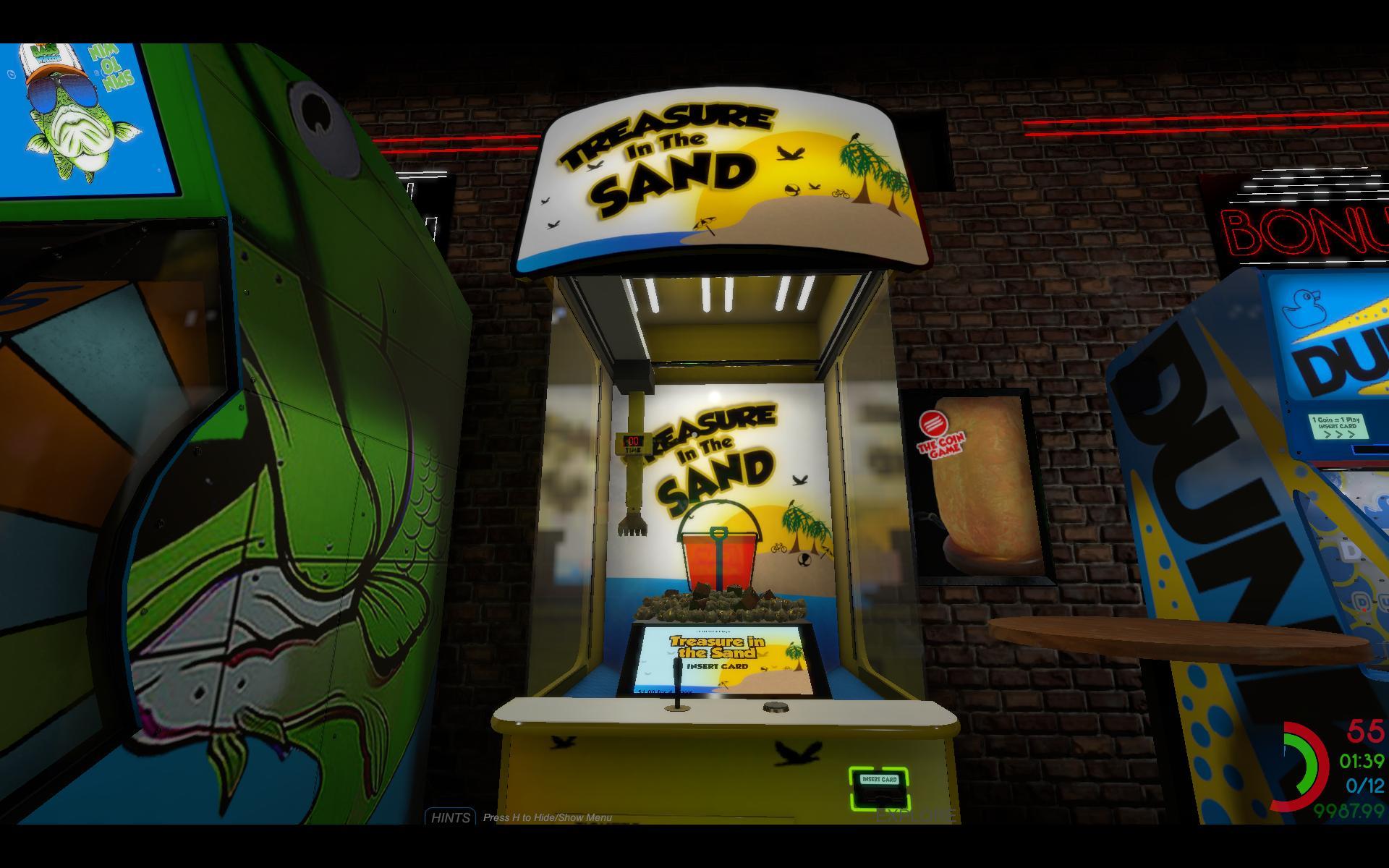 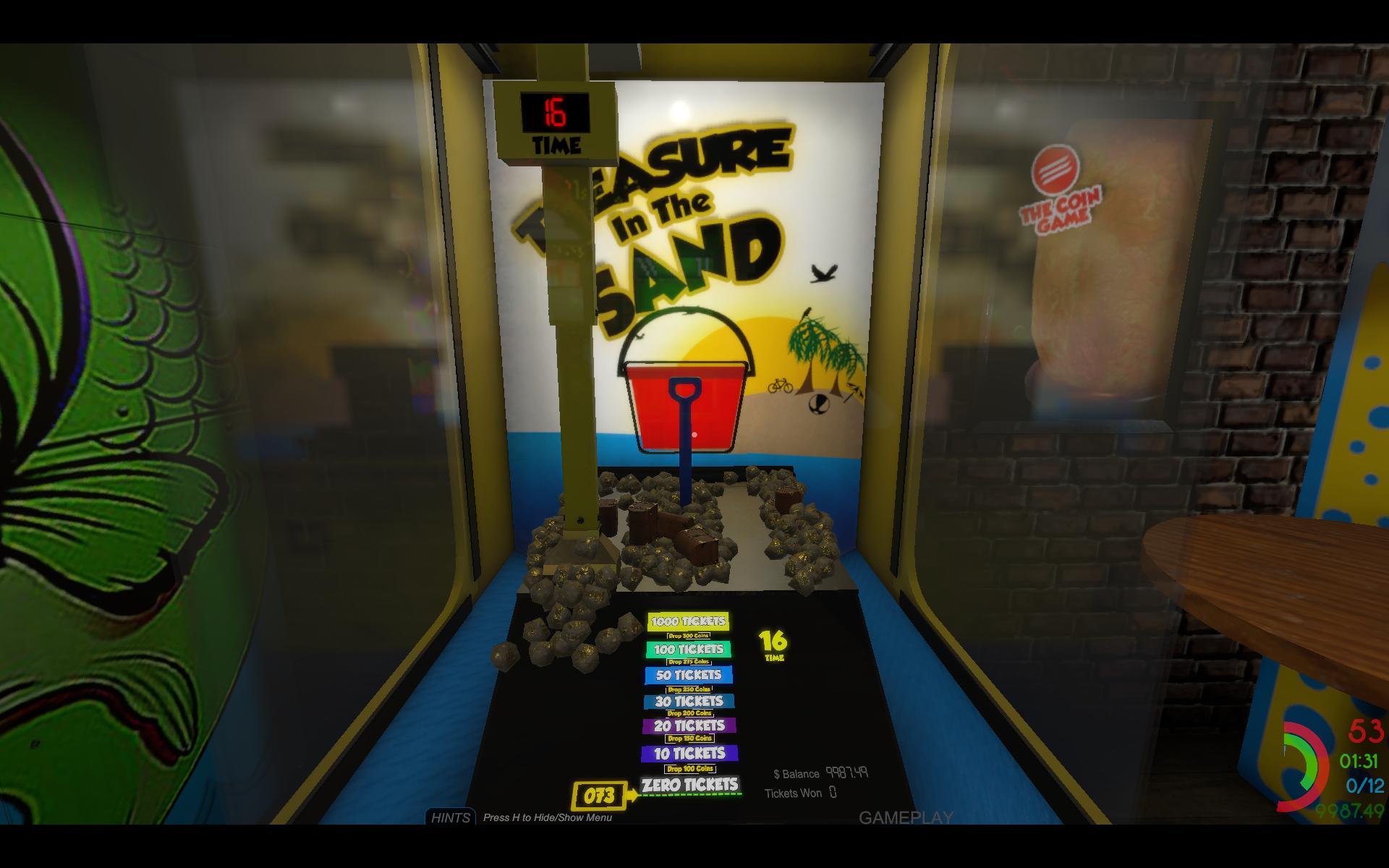 Here is a quick preview of the " Hockey Hut" arcade game

Hockey Hut is a snatcher style game with a Bonus. The recent popularity of the rotating snatcher style games is growing and I can see why. They are really addicting and fun. So many near wins for the puck to just bounce off of the post and lose it all. The object is to spell the word HOCKEY and win the jackpot. The lights will stay lit between rounds so you can work on your progress through many games. I know I did. You can stack up some pretty big wins by just looking for the larger numbers and poaching them as they skate by. ;) 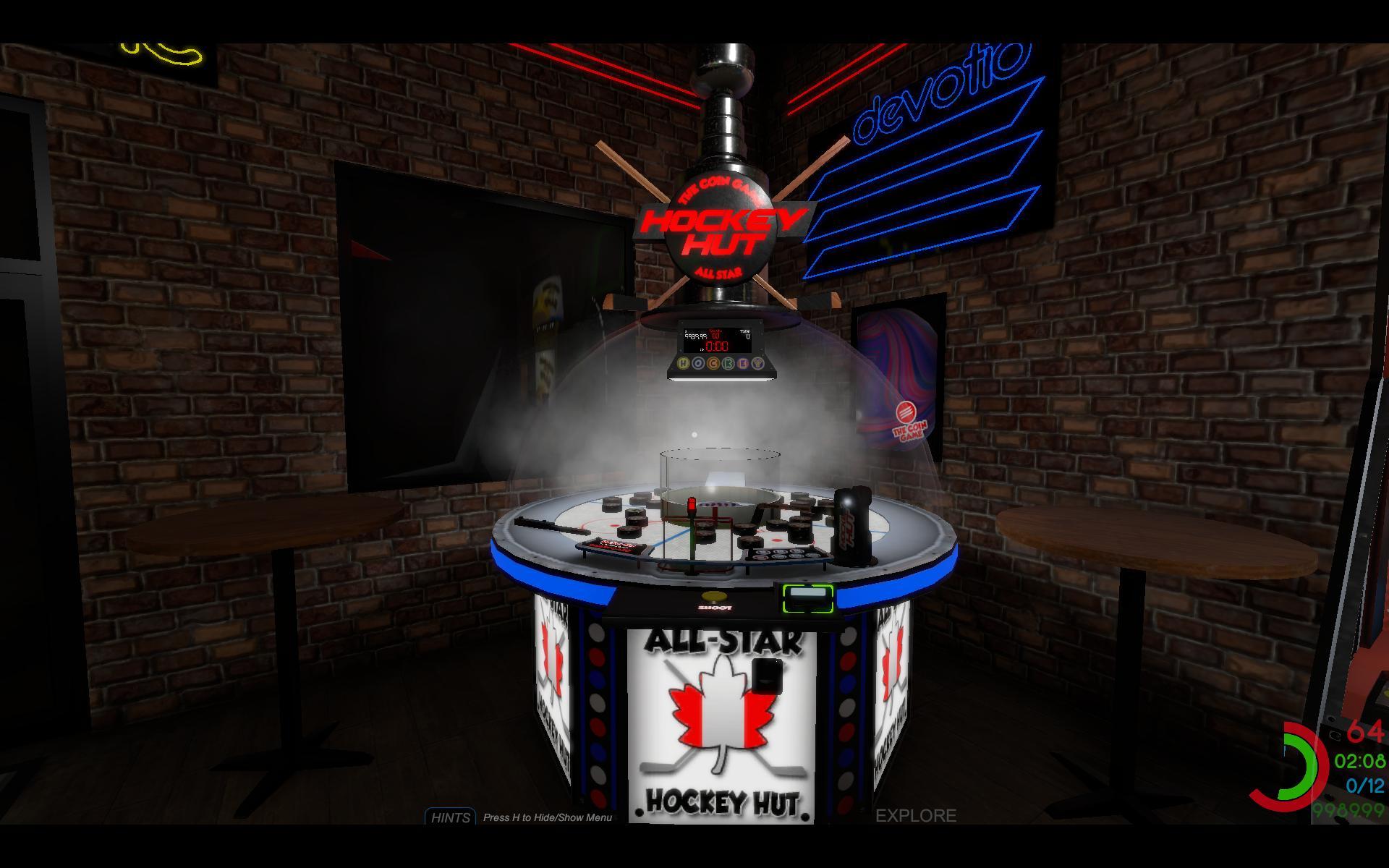 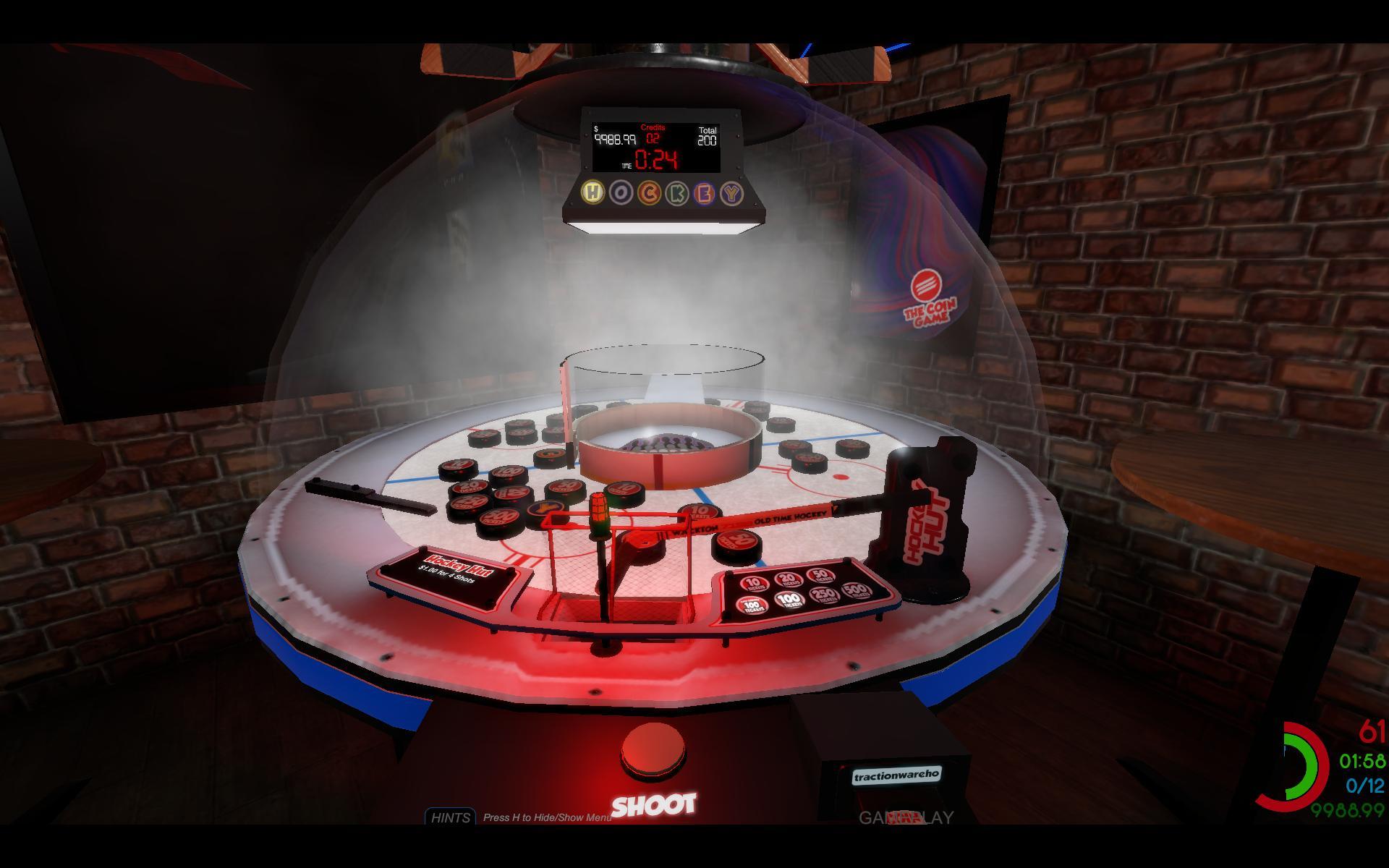 A quick preview of the Claw Madness Ball Edition machine.

Claw Madness Ball Edition is claw crane machine. This is the same idea as the regular claw machine but with round balls instead of the ticket coils. I saw this game on some of the popular Youtubers sites and thought we need one of those. I have really enjoyed the claw machines in The Coin Game because they are the same every play. There is no computed winning algorithms. There is no fake loses. Just pure skill and cranes. 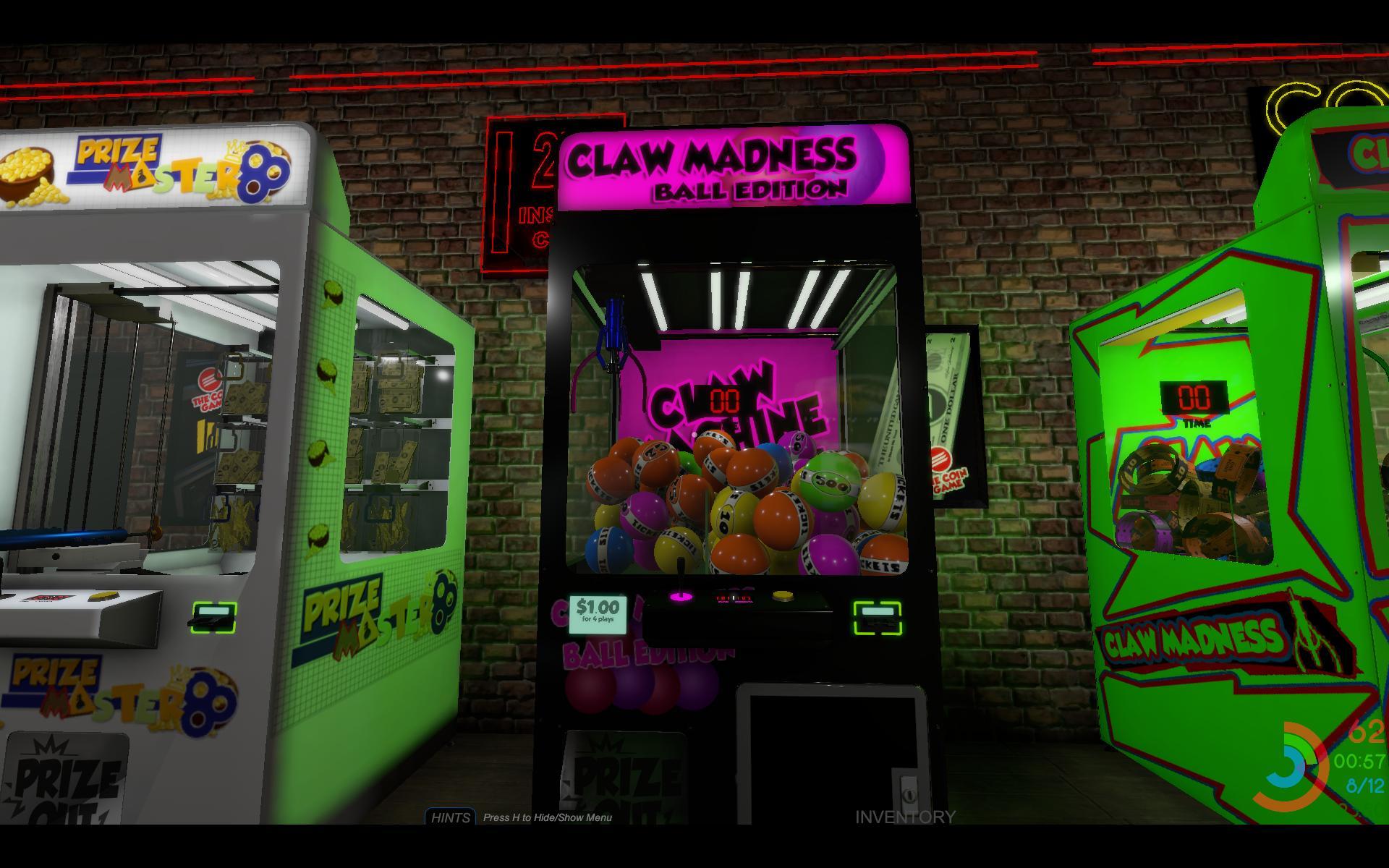 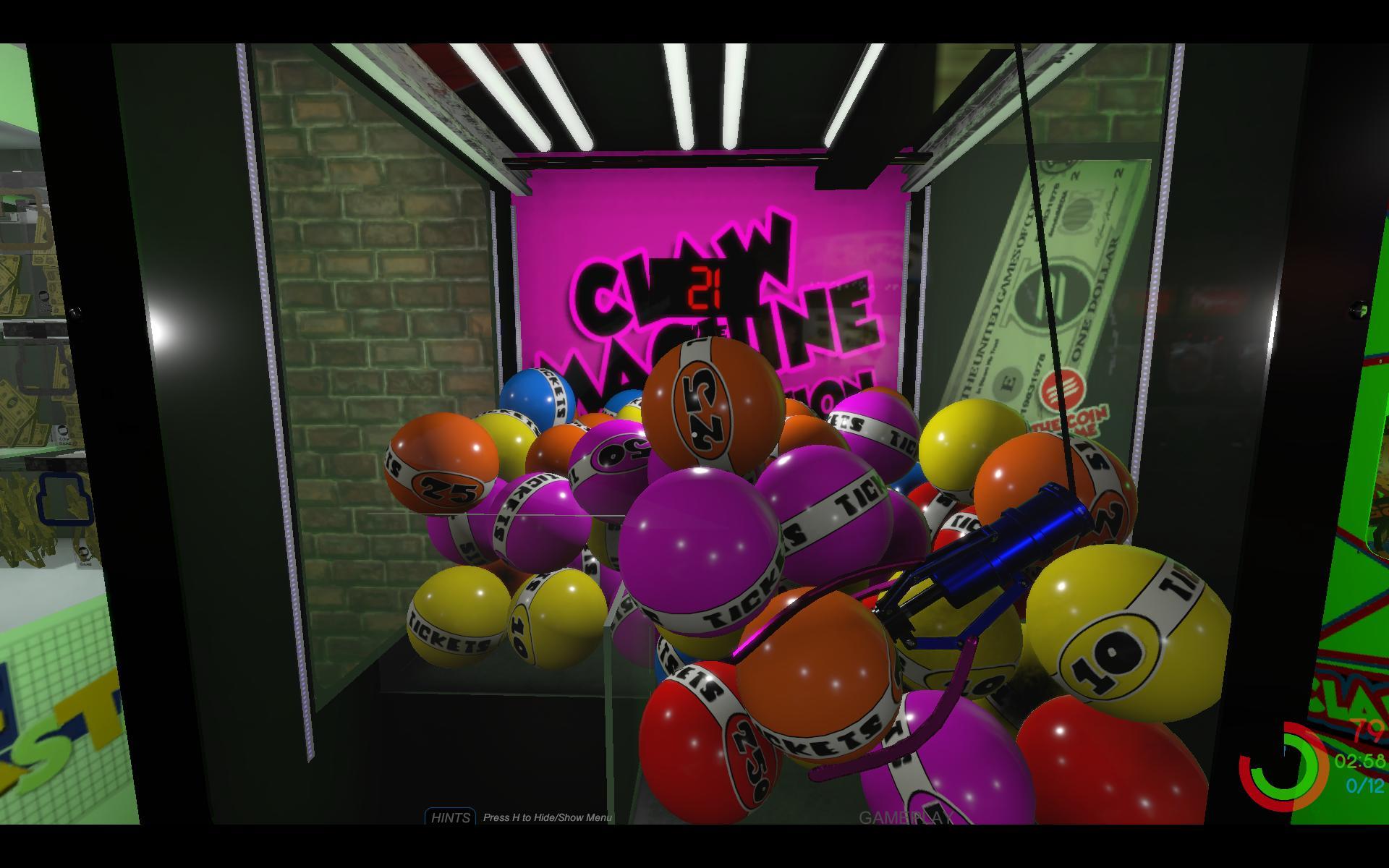 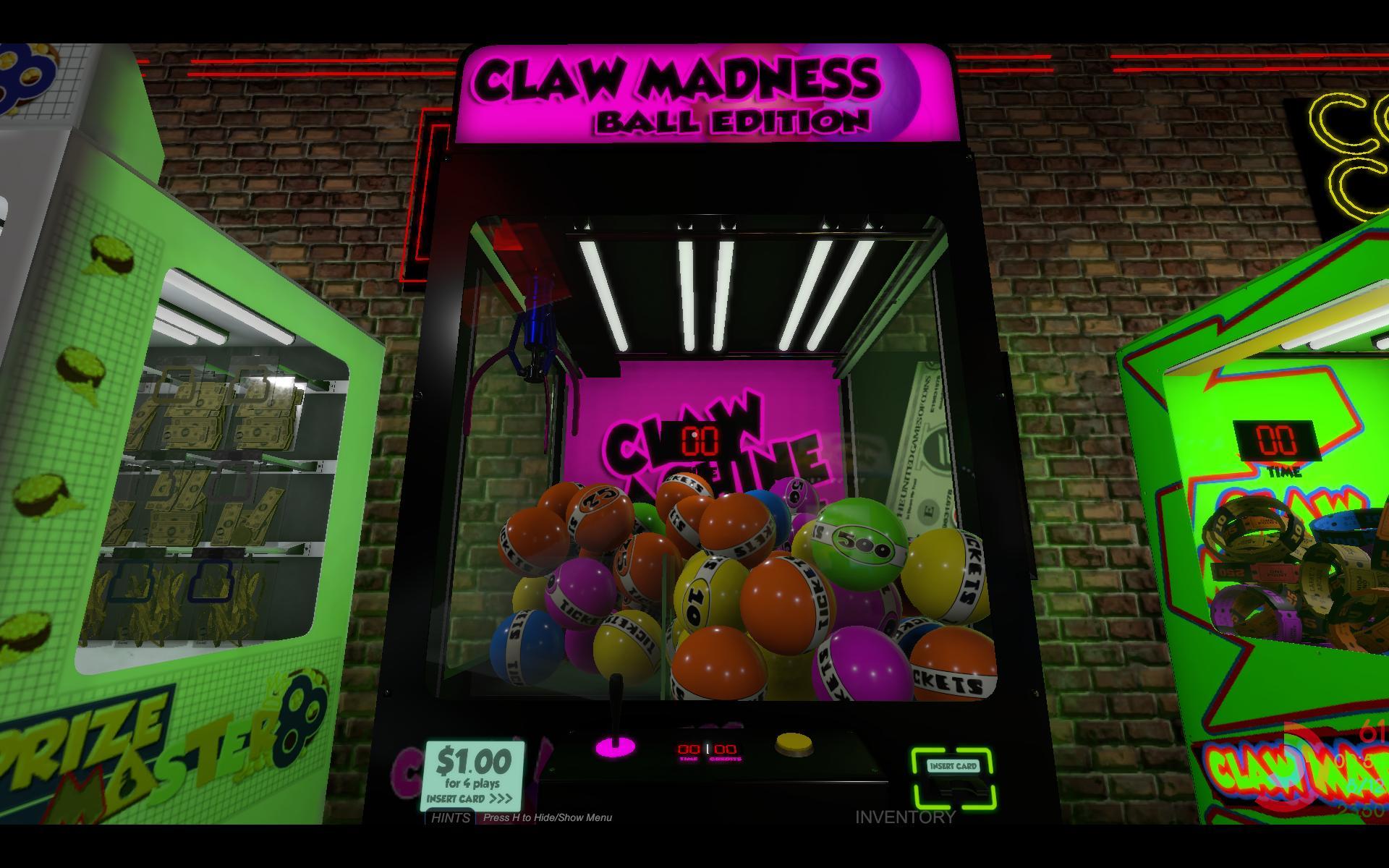 A quick preview of the Cuckoo Coins machine.

The Cuckoo Coin Machine is a coin pusher with an added bonus wheel. You can win Money, Windproof Lighter, swiss army knife and a fidget spinner. The objective is to light all of the "COINS" letters to get a bonus spin for bigger tickets. You also receive one ticket for every coin that falls off of the edge. 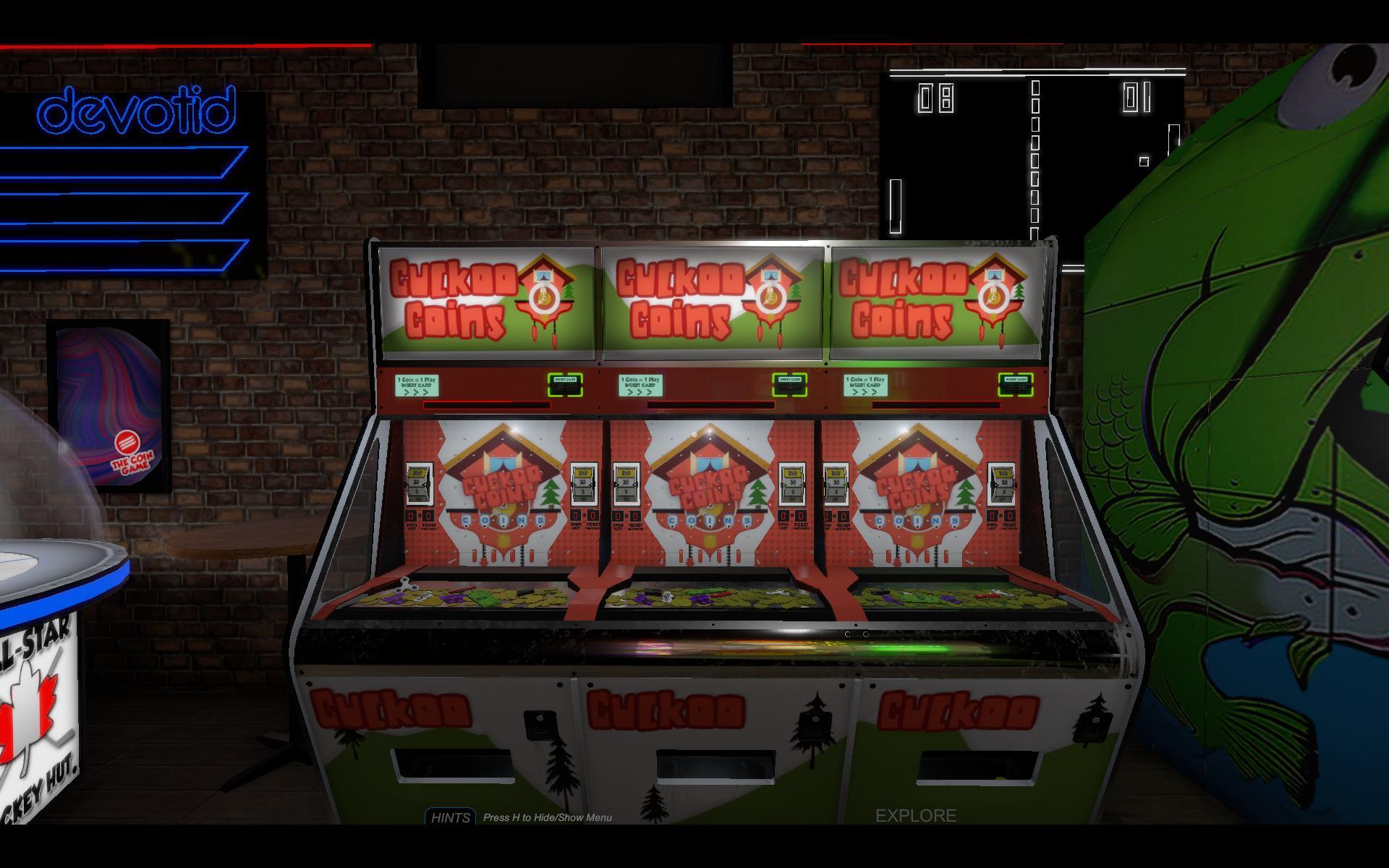 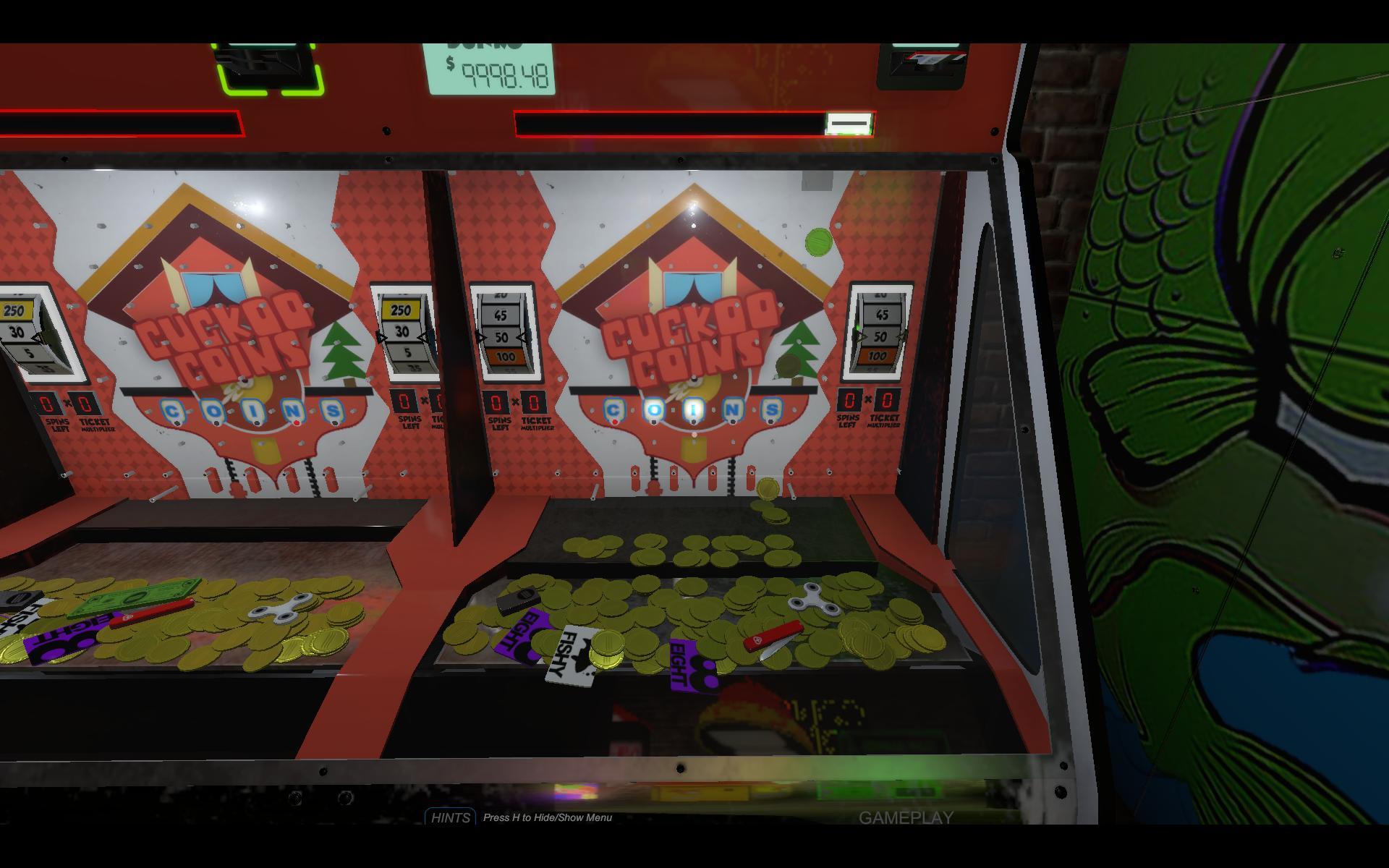 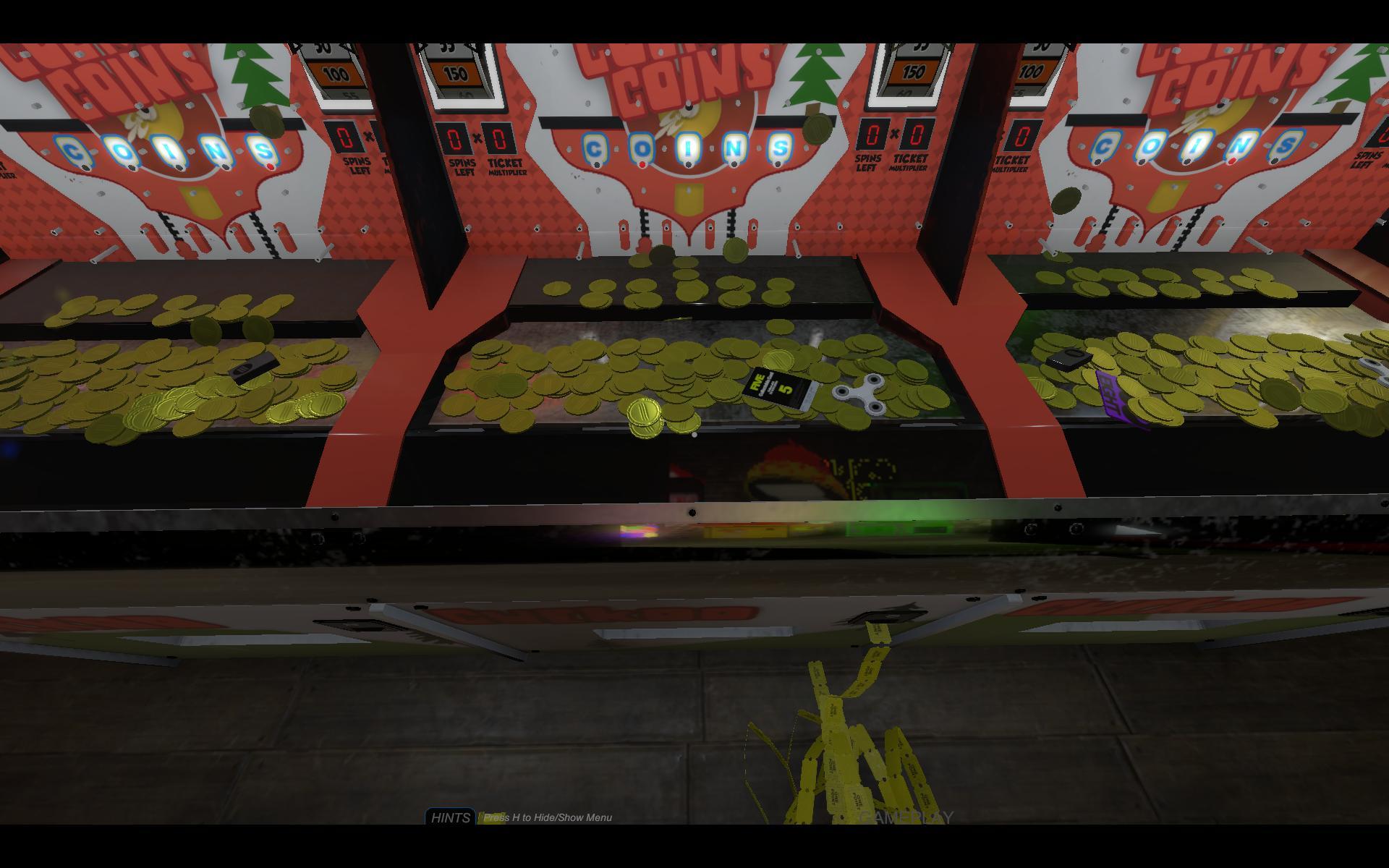 So that's all the Arcade Machines from Larry's Arcade. Stay tuned for another announcement about all the other machines, prizes and things to do in Islandville when your not bothering the guy at the arcades prize counter...

Dont forget to add The Coin Game to your wishlist to be the first notified when you too can start playing games and winning prizes.

ALSO... Be on the lookout for a simple FREE TECH DEMO with one coin pusher and skeeball to show the game mechanics and the player controls for The Coin Game. It will allow users to test the game on their system and get an idea of how the game and all of the other machines will function.

More info on the coming FREE demo in another announcement. Thanks for reading and we can not wait to get the EA version and FREE DEMO out to you all soon.