Finally, next update of LANIAKEA is here. V0.2.1 is a big step forward for the demoversion of the game since the complete map/world layout for it has now been finished.

There are plenty major changes in this version. The most important thing is the new playercontroller and playersprite. The animation system of the player (Lani) has changed from "sprite" to "skeleton" animation which makes it lot easier to create new poses and looks much smoother in motion - but it's currently not perfectly adapted to gamepad controll at the moment(will be fixed next weeks). Just take a look at the complete log for what has changed. (please open/expand this post for complete news)... 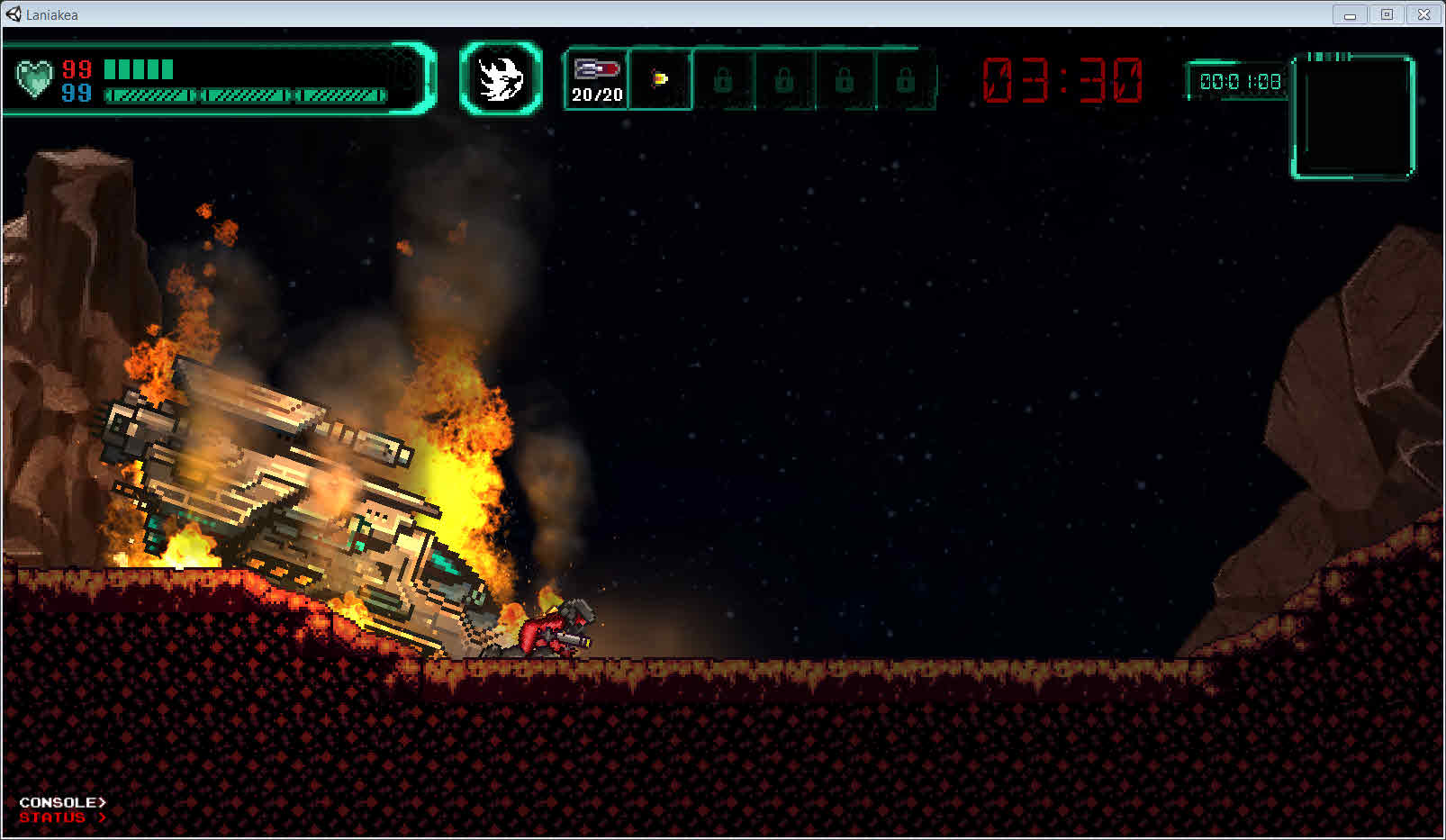 The current goal is to finish and polish the Demo to a final "state" until around Jan 2018. The demoversion should be around 20-25% of the complete game.
The most important missing content in V0.2.1 are 3 additional bosses (currently only placeholders) which will be added until end of the year. 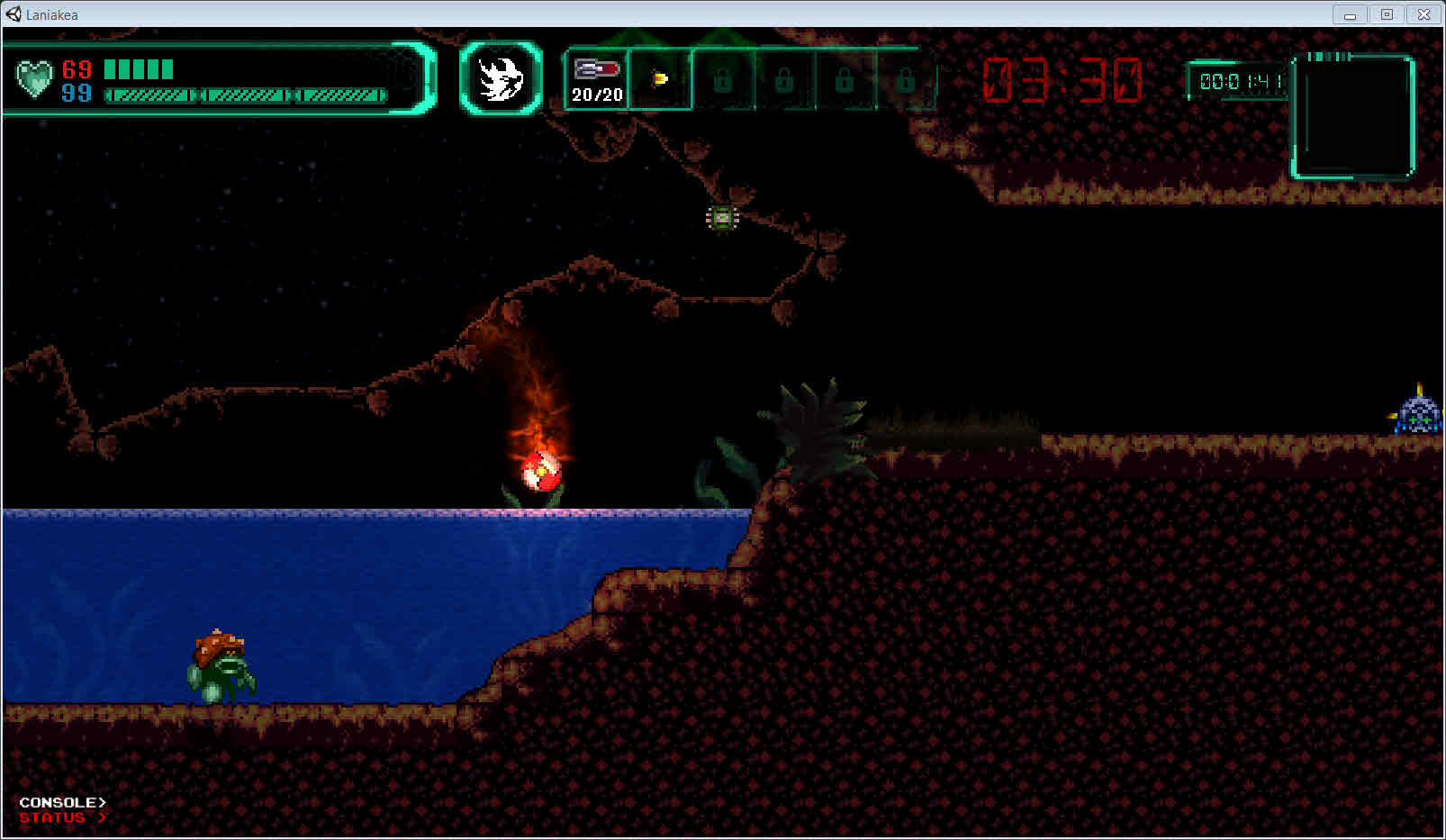 After this stage "Laniakea" will change from its "techdemo" state to an offical Alphaversion. 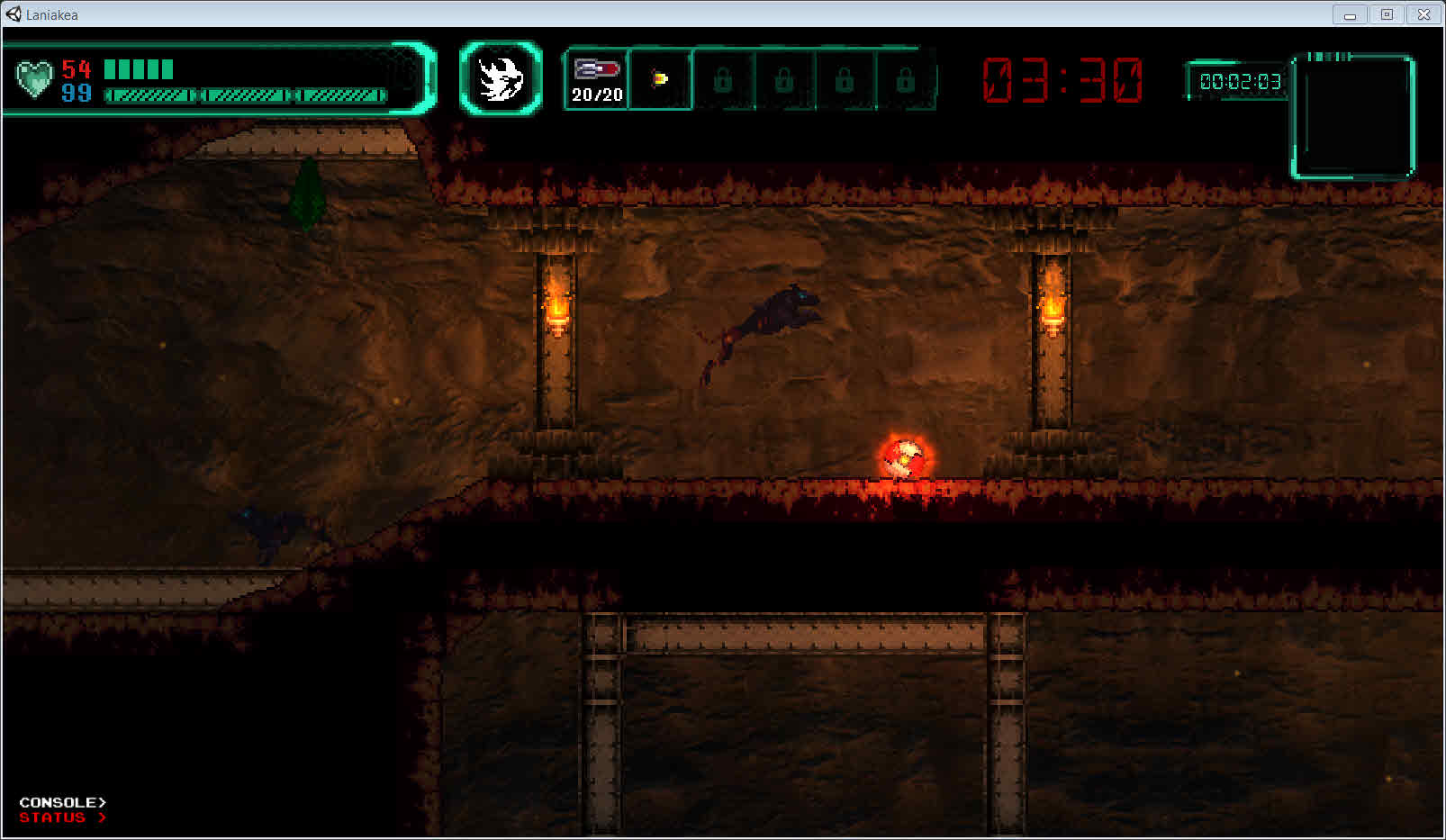 The next step (upcoming days) is to wipe out the most anoying bugs to get a stable working gamemechanic for the Alpha...so expect some hotfixes the next days. 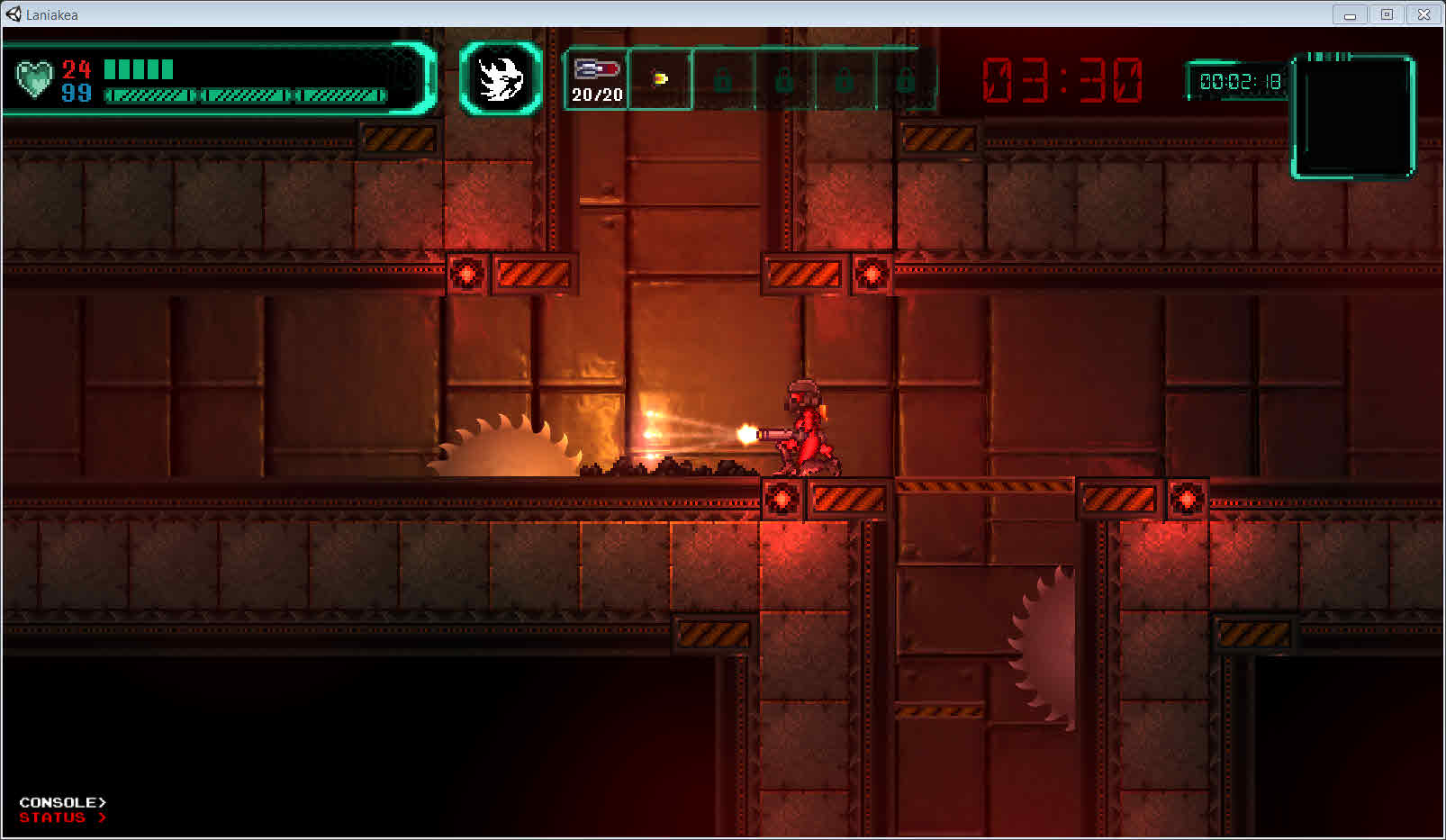 If you want to give me support in developing the game, there is now a patreon page available. Get more/additional information here:

Since I do all the assets, coding, testing, composing, on my own, this would help in speeding up the development since I could outsource some work to profesional artists. (I'm very very slow in painting new Tilesets :-) ). All pledges will be used in the creation of new Assets. 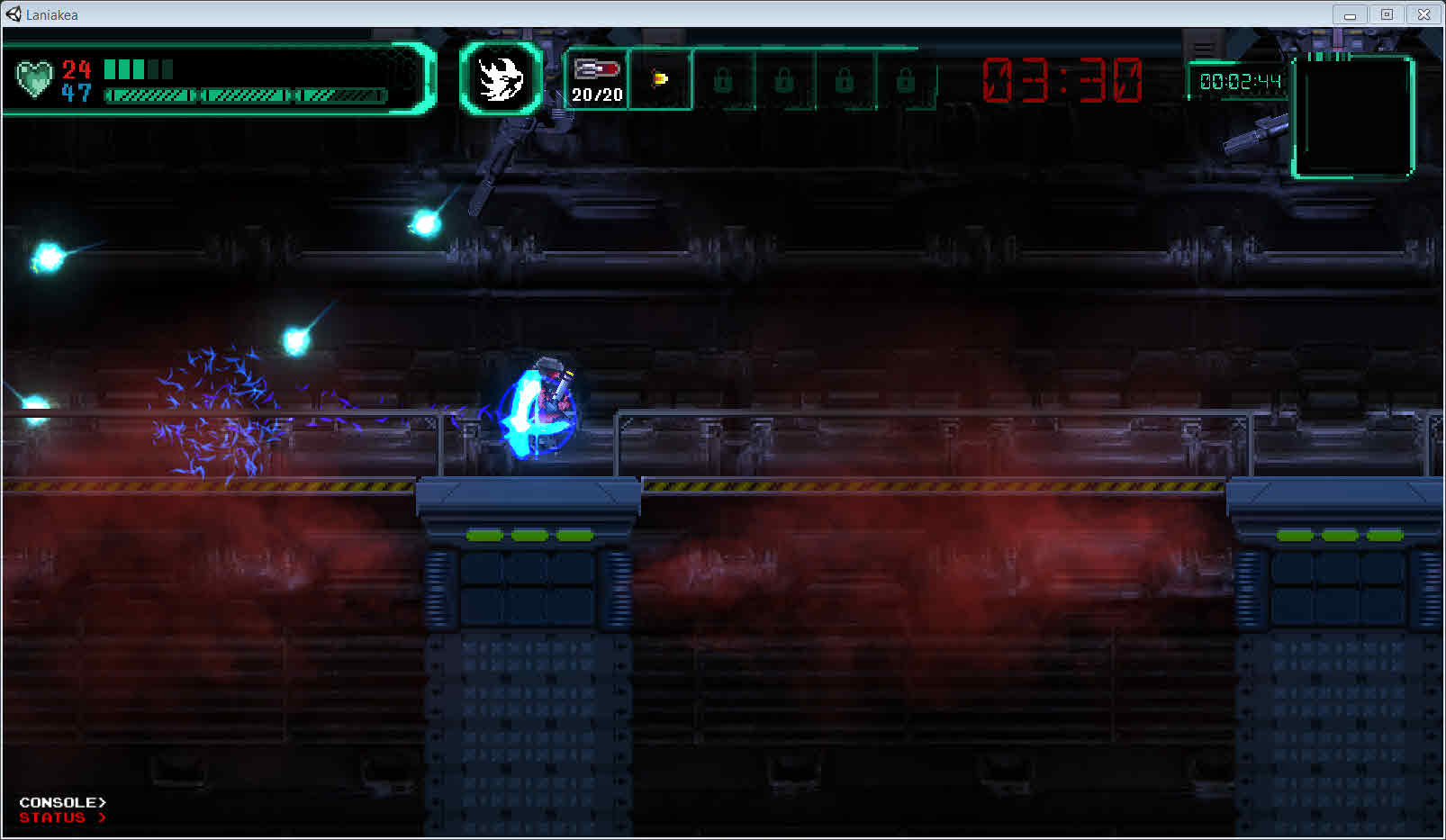 Thanx for reading and have a great time!
And please share the game to your friends if you like it. :-)

PS: You can always help me by sending in gameplay videos ("lets play"). Seeing how other people are playing the game, discovering the world, helps me a lot in designing the world and flow of it. 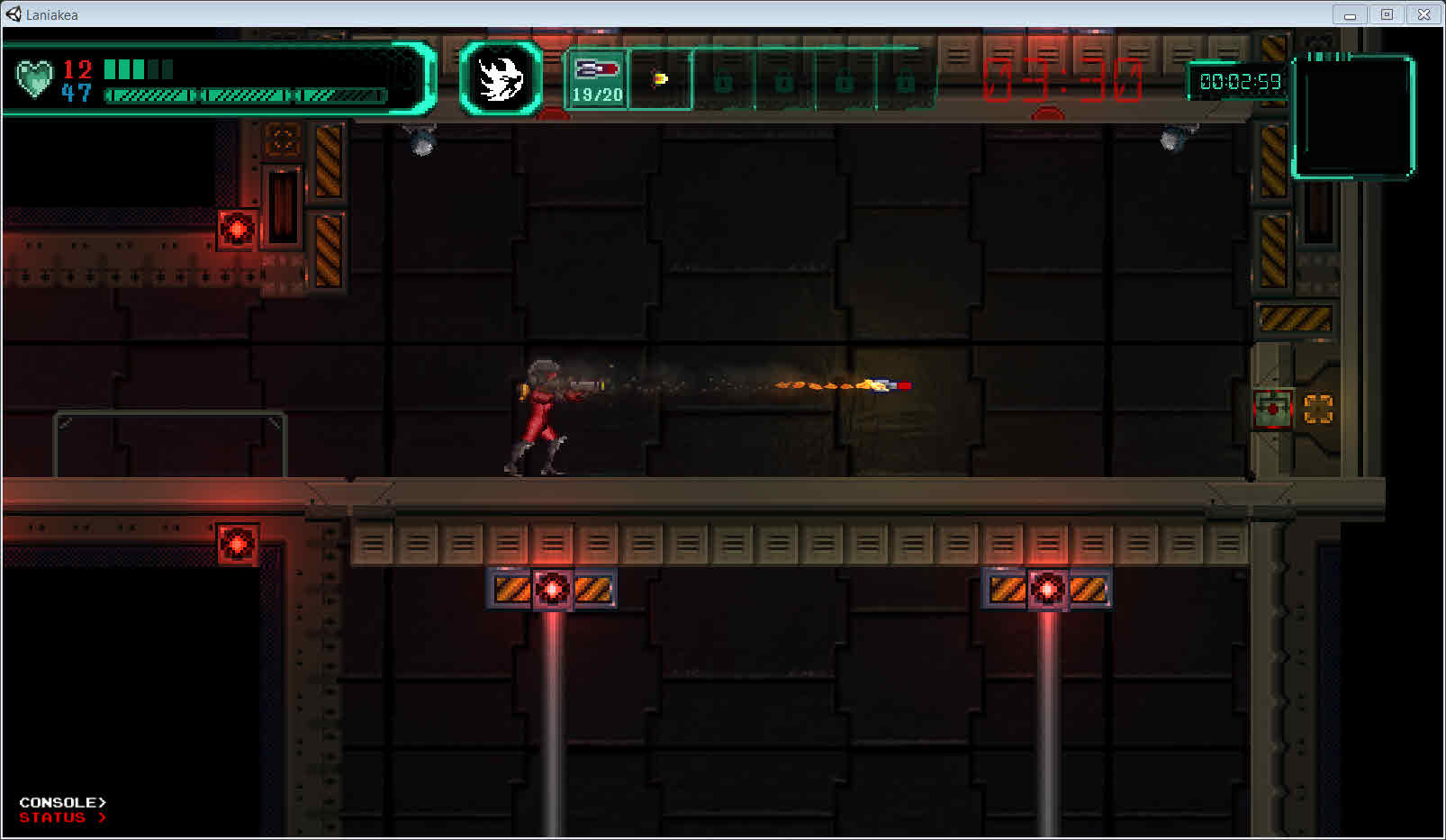