How killstreaks work and the gameplay revisioned from CW2.

Killstreaks work a little different and incomplete in the mod, as the mod does not allow you to choose about 3 killstreaks and use it for the rest of the match. Rather, I've decided to use a default three killstreak reward setting for each human players - UAV - Care Package - Predator Missile.

Let me start with all the available killstreaks in the game first:

- Refresh rate of the red dots in the screen DOES NOT get reduced if stacked - not quite how the original MW2 UAV works.

- There is no UAV flying over the map, as because of the limitation of the map heights. Theoretically, it is possible to implement, but not with my modding skills just yet.

- Quite buggy at times, does not show every single enemy on the map. 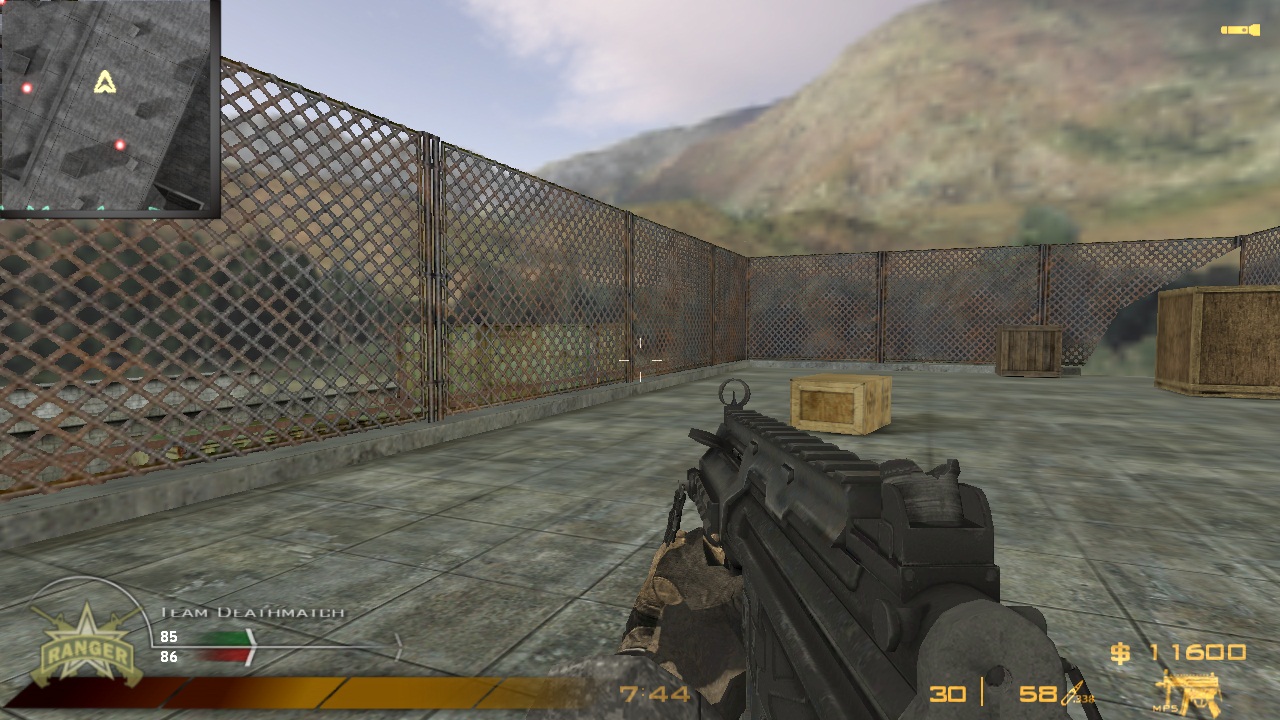 - Requires four killstreaks. Can only be acquired via the Care Package reward by humans, though bots themselves has the chance to use the CUAV on their fourth killstreak - about 67% chance to do so. For more info about botstreaks, refer to the bottom of this article.

- CUAV affects the enemy radar map by instantly removing UAV effects followed by blocking the radar map view for 30 seconds. Enemy may immediately reactivate UAV at will but radar distortion effect will not dissipate until the 30 second timer pass. 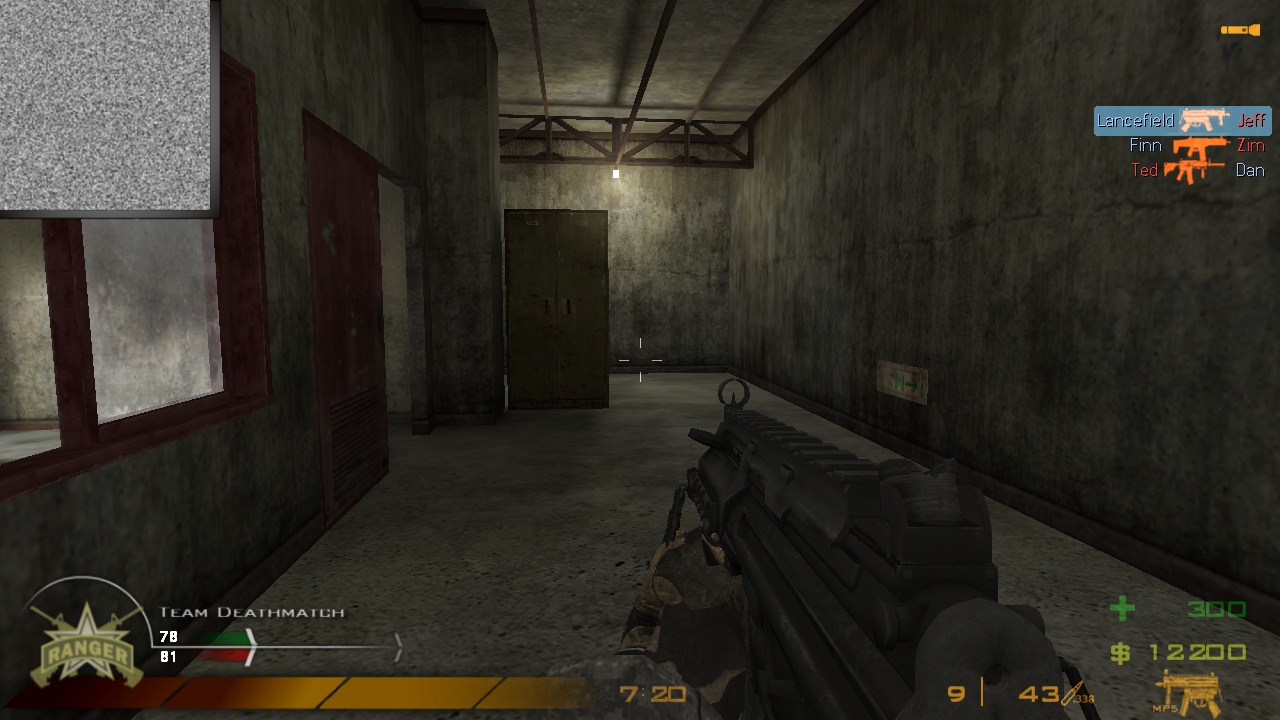 - Requires four killstreaks. Can only be used by human players.

- Calls in an airdrop request and package will be delivered in four seconds after call-in.

These are the drop rates for CS:MW2 Care Package 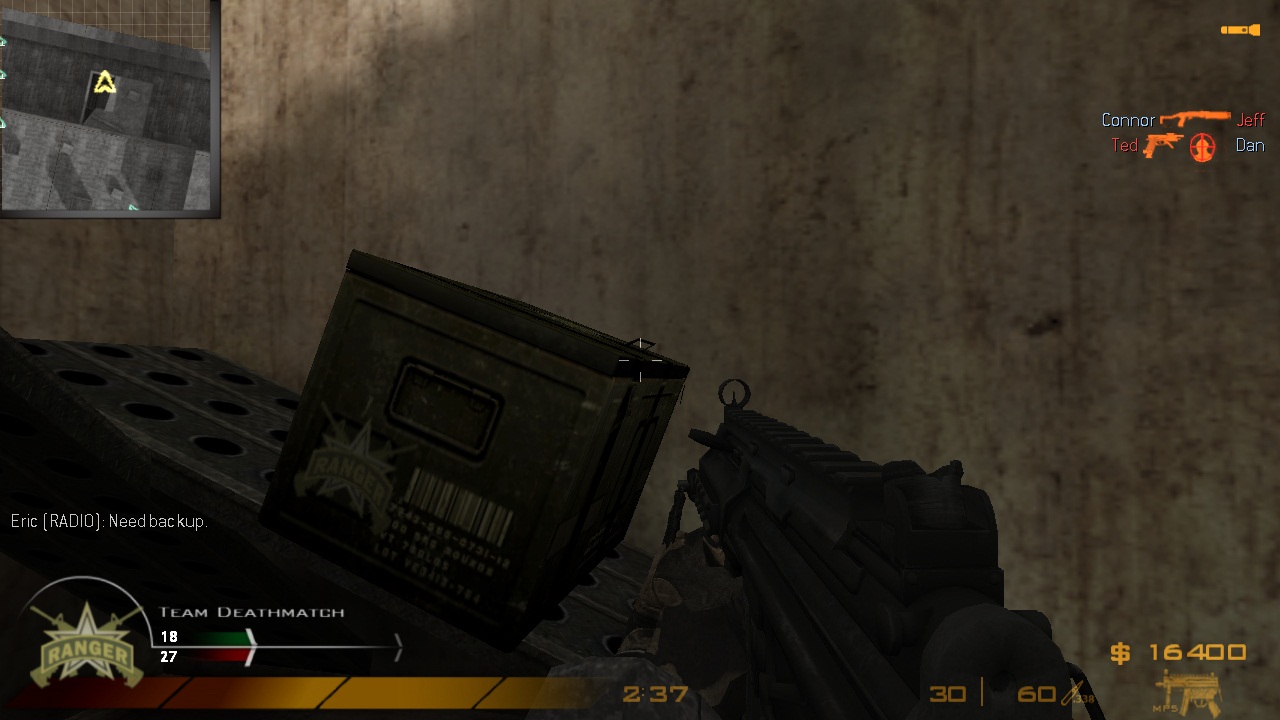 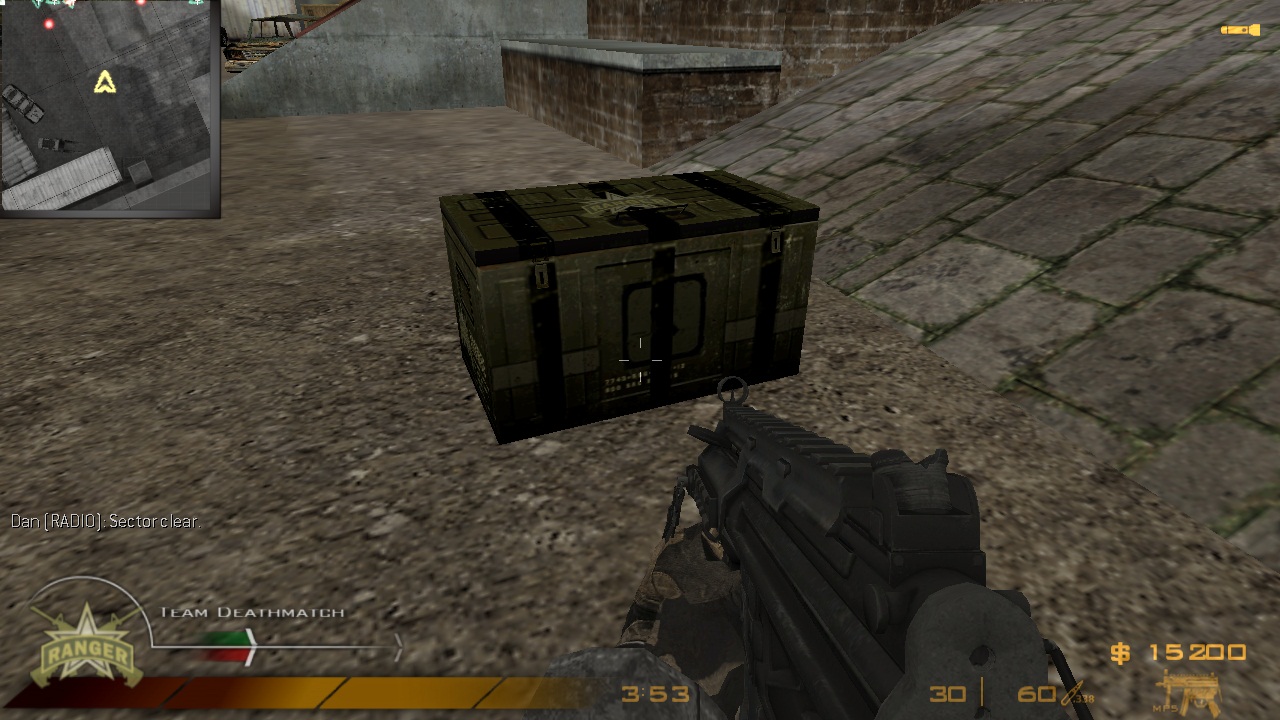 - Requires five killstreaks. May be used by both bots and players.

- Calls in an AGM-114 missile to be controlled(supposedly, but in fact: cannot) by player.

- Will randomly choose an enemy player and drop the missile overhead. It is recommended to take cover once the killstreak is announced to (possibly) survive the attack.

- This killstreak displays a series of images into the player's screen, mainly to "simulate" how the original Predator Missile works in MW2. Theoretically, it is possible to add another v_ model for the laptop animation(or rather add it to each v_model in the game) and hook the animation with the plugin itself. 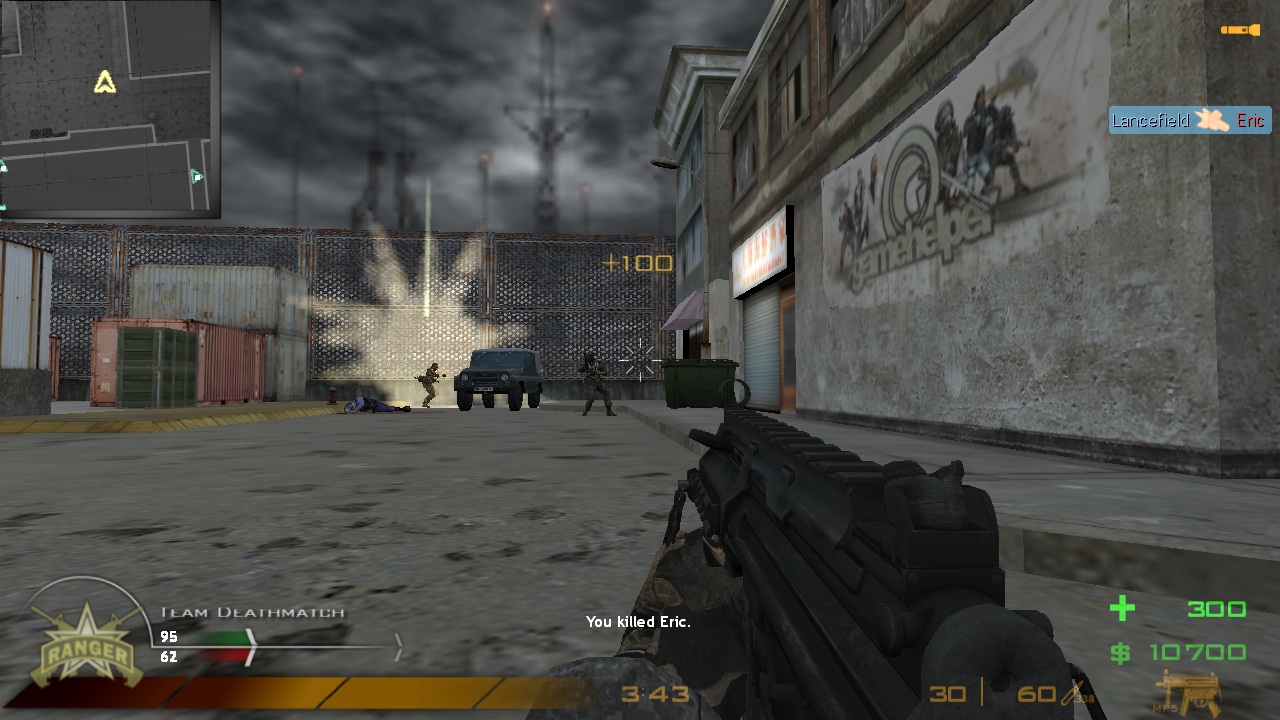 - Requires six killstreaks. May only be acquired via Care Packages by human players but bots may randomly use this.

Calls in an airstrike on the targeted area by manually pointing your crosshair/view to the desired location. Has a wider area of effect, and a series of three sets of bombing is sent to the location. 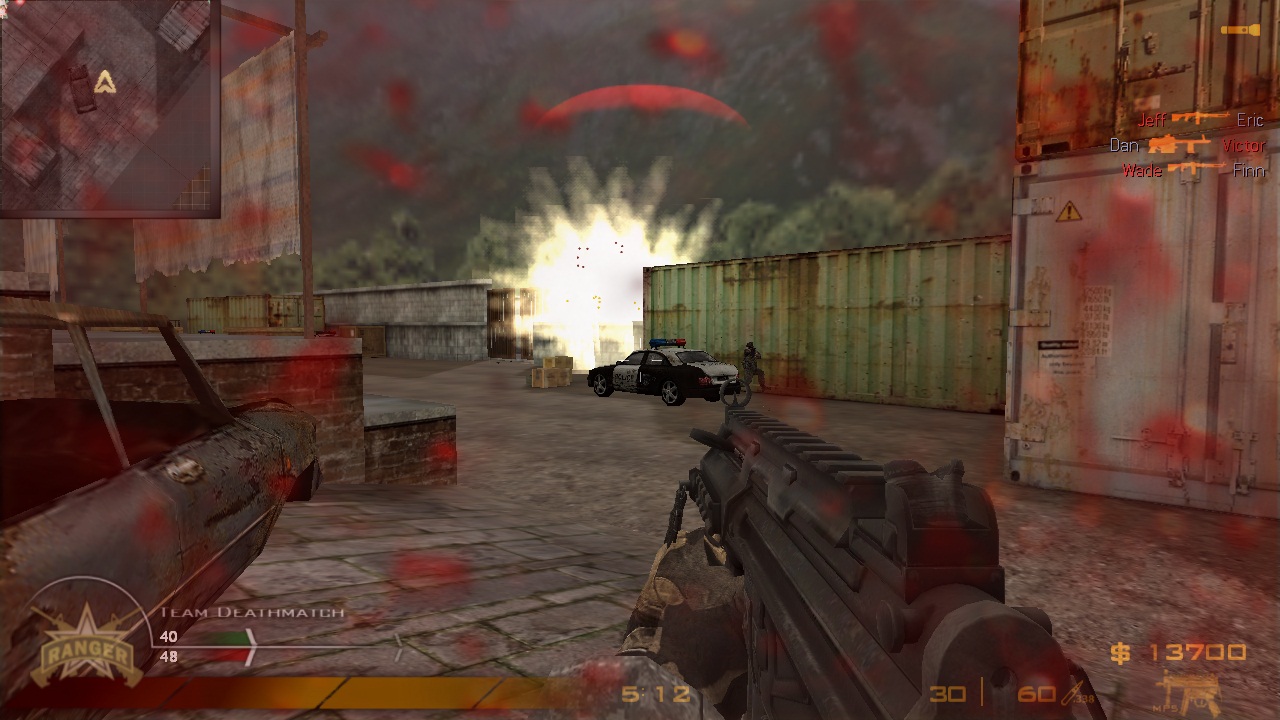 - I scripted two different methods of calling the sentry gun just in case someone is able to develop a "3-killstreak" system on the plugin.

2nd Method(Human players) - May only be acquired randomly via Care Packages(4 killstreak).

3rd Method(Bot players) - Will randomly deploy a sentry gun on their fifth killstreak(about 10% chance, as bots do not takedown Sentry Gun entities themselves).

Sentry gun itself is designed to be significantly weaker than in the original MW2 series for various reasons:

- Cannot be taken down using quickstab/knife.

- Cannot be disabled using flash grenades. Explosive damages are not as effective(or possibly does zero damage).

- Has a full rotation detection compared to the original 180 degree rotation of MW2. 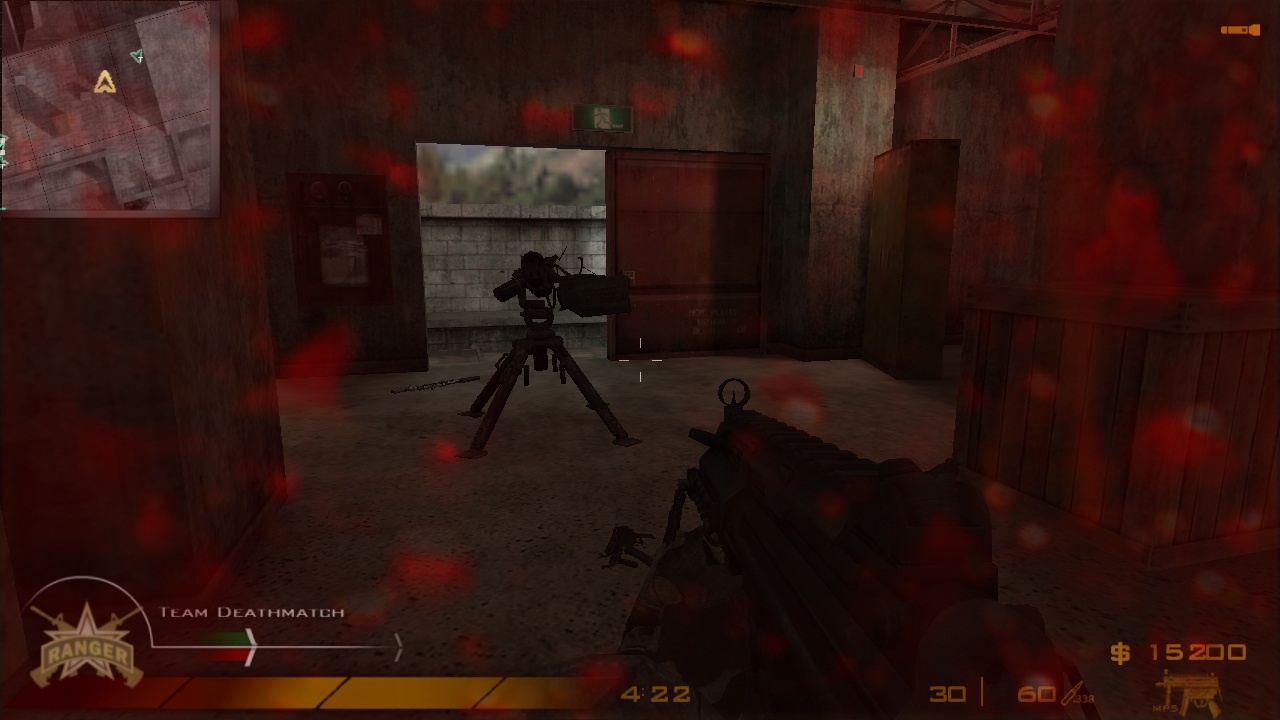 - Calls in an EMP to disable all enemy electronics for 60 seconds, including their HUD. This also destroys all(including allied) Sentry guns in the map.

- Causes a 'flash' effect(similar to flashbang, but shorter) as a dramatic effect on a nearby EMP explosion

- Will continuously draw enemy HUD every three seconds. Any attempt to reactivate hud via console will be overridden by the plugin itself until the end of the killstreak duration

- Downside is if player is affected by EMP, bloodscreen effect is not shown during this duration as well as some of the important info during the game. Rather dramatic, EMP is a truly crippling killstreak when used.

- Lastly, Tactical Nuke calls in a nuclear strike that guarantees an instant round win for the first team to deploy it. Requires a whopping 25 killstreak requirement to authorize the player to call in.

- I decided that this is added into the game - besides the three default ones, Tactical Nuke will always be present for both human and bot players for the reason that Tactical Nuke is a LOT harder to achieve in this mod than in original MW2, likely because this mod lacks a lot more other killstreak rewards such as the Attack Helicopter, AC-130, Chopper gunner, etc.

- May sometimes fail if a player recently respawned just before everyone else gets killed by the nuclear strike(bug).

A recently implemented mod, for the bots to use.

Simply said, This is a killstreak system for bots to use, to provide a better gameplay environment. The default bots used in the mod is also known to be not so conservative on their ammunition, as such I added ammo replenishment on most killstreak phases.

Notice that bots has a shorter kill streak requirement than real players for obviously balance purposes.

Botstreak killstreak rate is explained below:

*all percentage values are subjected to change

The gameplay is permanently on TDM mode, with ticketing system. First team to run out of tickets lose the round.

There is a slight issue when every player on the team dies at the same time, and the round is lost by that team. The Tactical Nuke utilizes this and will basically decide on which team would win.

Tactical works by killing all the remaining alive players in the game, and killing you last(about 0.2 seconds delay), therefore winning the round for your team since you are the last person alive.

I'm still looking for a way to bypass this issue. There is a possibility to implement the tactical nuke in a different manner in which the round will just plainly let the team win, instead of utilizing the deaths of players.

Some maps may not have waypoints or spawnpoints yet, but this can be manually added with a help of a tutorial - which I would provide upon release.

Weapon pickup is tweaked so that it is required to stop and aim at the desired weapon to be picked up before being picked up. Player should drop(F1) the current weapon first, and pick up another weapon of choice using the use key(F).

Yes this is based on amxx mod.

Yup definitely looking forward to this one.

Stealth Bomber will soon be added, as well as reworking the Precision Airstrike to have a better area of effect.