Modern Warfare 2 mod for CS 1.6. This mod is based on the old CW2(Counter Warfare 2) mod from dynamusecorp. 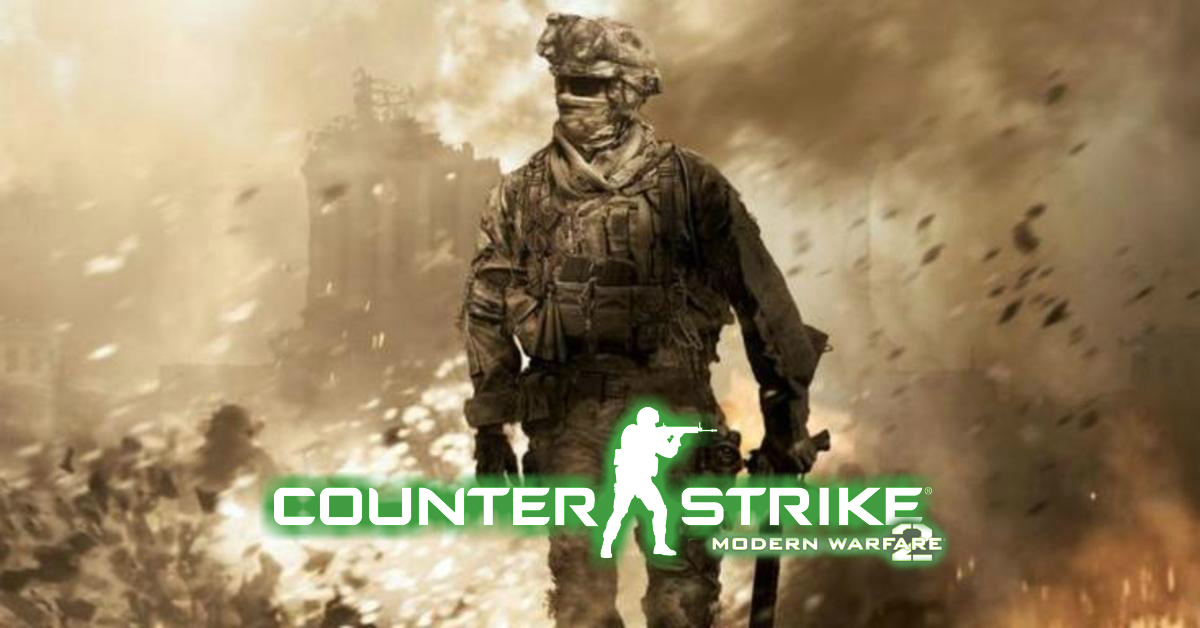 Basically this mod is done and I don't have enough skills and support in doing this mod anymore. This release contains enough changes for another major release. Sadly, Windows 8 and later support isn't going to be out as the original developer for ACG module isn't available anymore as well as the support for the module as well.

As for my last article, I had so much plans for this mod but apparently I can't do it alone and the CS modding community is pretty much dead with all new games around.

Without further ado, here's the changelog for most of the changes in the mod.

- Added compass by Tirant and introduced compass into the new HUD.

- Target acquired crosshair whenever you cast rewards such as airstrikes and care package.

- Detailed Ranking: Leveling up shows what rank you have been promoted, the logo of the rank. HUD on the right side has been upgraded to show current XP.

- Added GAMEMODE(Team Deathmatch, and maybe in the future, Free-for-All) on HUD.

Bugfixes:
- All team members dying all at once will no longer trigger an instant win for the other team.

- Tactical Nuke stablized and will no longer have the small chances of bugging like causing the enemy team to win.

- Fixed and removed the double, triple, multi kills, firstblood, Payback triggering upon teamkill as well as any xp gain.

- Missing gun sprites on lower right screen on some guns are now fixed.

- Fixed ks usage limiter to team only. This issue is related to killstreaks temporarily unusable when the enemy team uses a certain type of ks reward and temporarily disables use for every one.

- Fixed an issue where Hitmark on bullet hit sound not triggering.

- Timered quit/disconnect + scoreboard on the (new)round end. A timered disconnection countdown will be added(to refresh current slate). Apparently creating too many servers increases your chances of game crash so this may serve as a hotfix for it.

Make sure to blacklist the install folder on your antivirus. ACG.dll is a core file injected into hl.exe as module.

Please do not leave a bad review for incompatibility on Windows 8 and later operating systems.

ADS dots for Red Dot and Holo are now unaffected by shadowing and is now rendered via ACG. 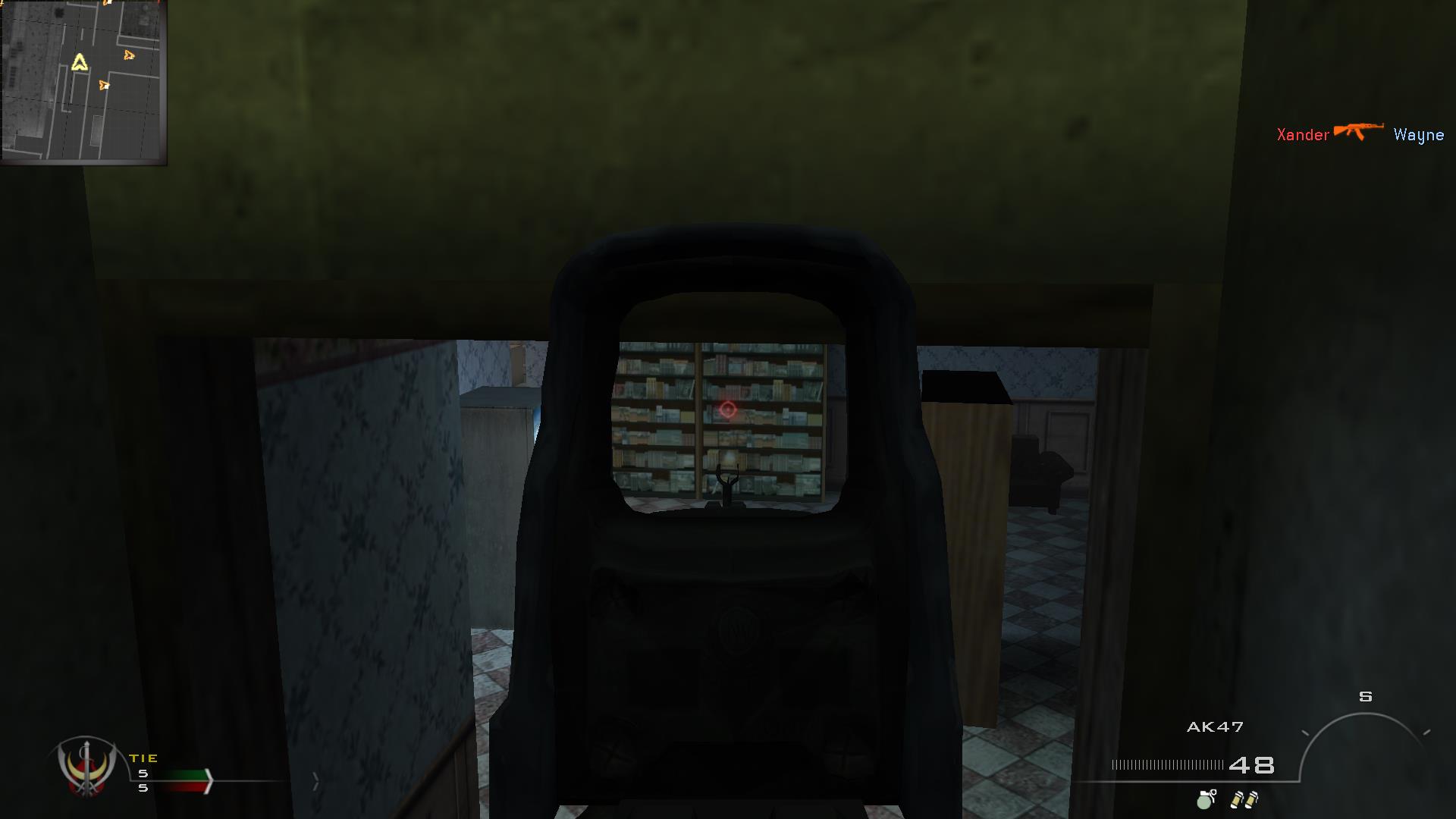 Stealth Bomber added into the game. 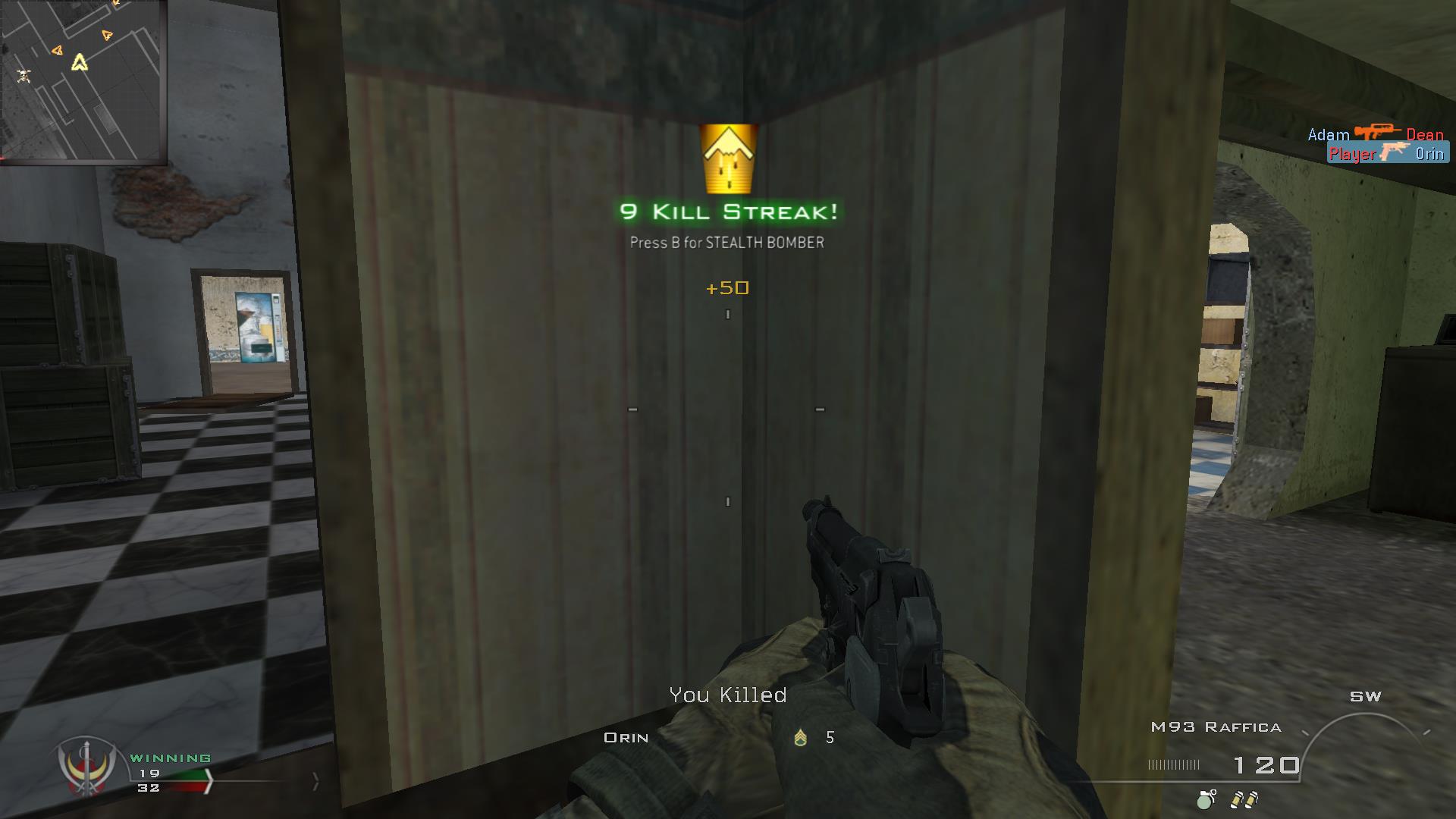 New Match Bonus calculated depending on your kills and rank/level. 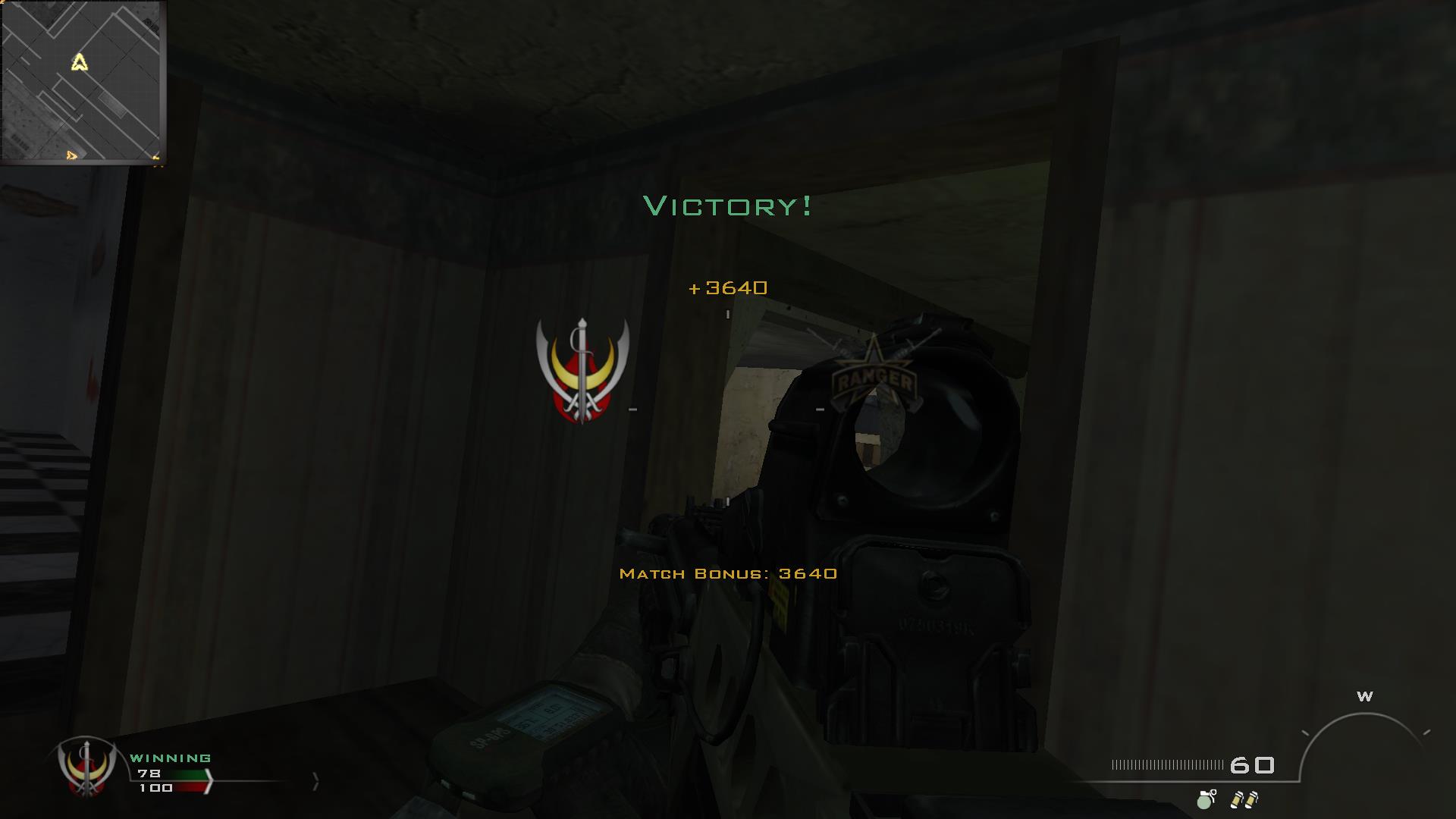 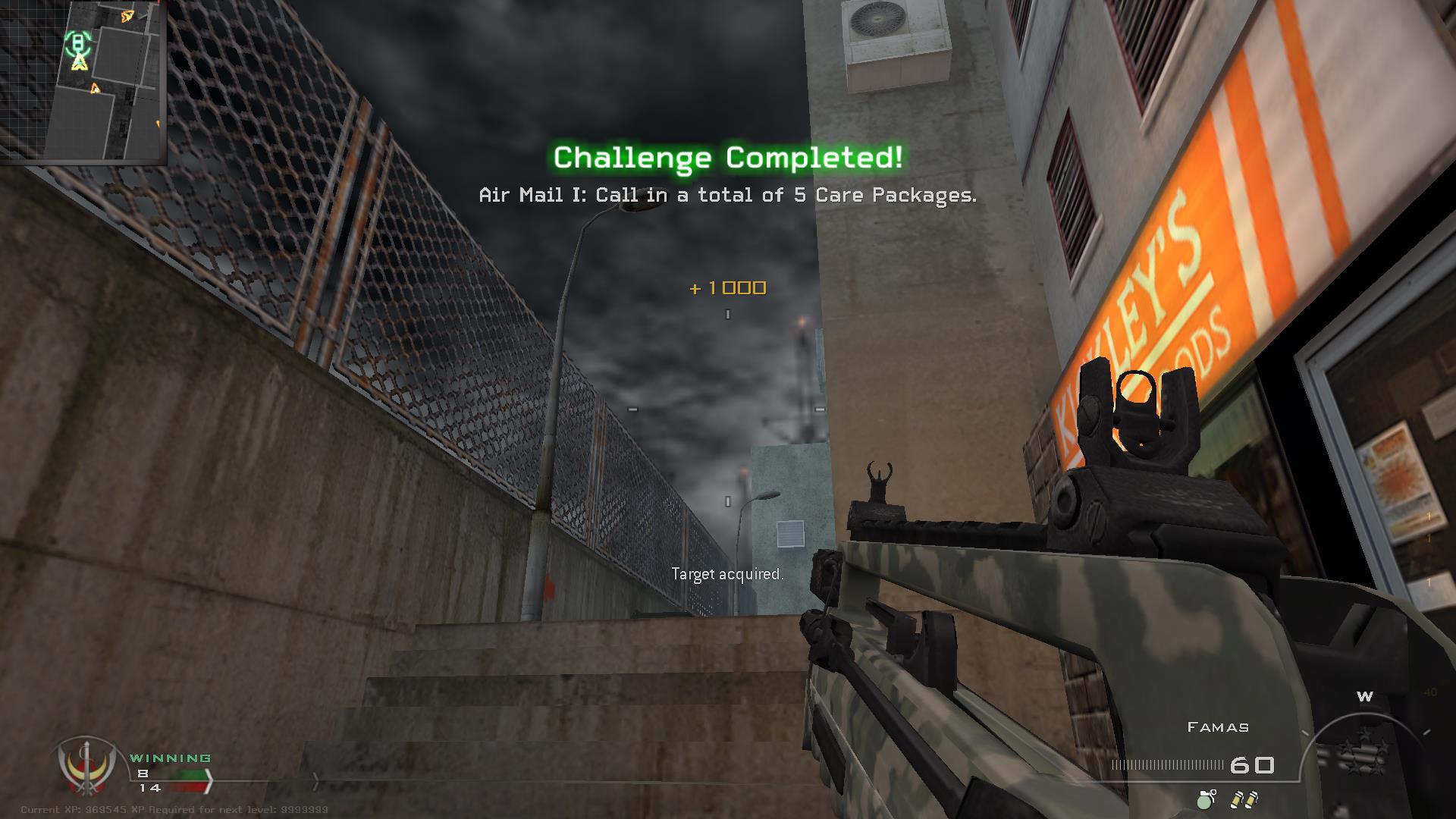 Here is the google drive link where I store all my backups and sourcecodes for the mod. It's been years and I think it's time I release the source to the public.

Hi. Sorry for the inactivity for the past year. Thank you for downloading CSMW2 by Infractem. An update will posted soon. I made a raw file for the changes...

Almost 6000 views + hitting Rank 17(Wow) a few days ago. Thank you everyone for the support. This articles cover most of the FAQ and will also be updated...

How killstreaks work and the gameplay revisioned from CW2.

• Final version. I'm officially removing support for the mod. Thanks for playing! • Run registry fix via LAUNCHER if any problems occur in game such...

Another re-calibration attempt for Tactical Nuke .

Improved stability on Tactical Nuke use. Check description for instructions for patching.

Did anyone find out what weapon do you unlock for prestiging?

great mod, is there any other game mode besides team deathmach?

You can install the regular cs 1.6 gungame mod and it will work, but you need to have 2 copies of the game. One for tdm and one for gungame. Just make a copy of the folder.

disable antivirus or add the cs mw2 folder as an exception in the antivirus. And if you get a Wsock dll error or similar error when running the game just use the launcher.bat file to run the game instead of the launcher.exe.

sad mod is dead,i could help

I need help with this problem:
Cannot install hooks 4