In the second Kickstarter update, we share a new character design, discuss the clothing system, and update the demo!

Development continues to barrel along on the game as the Kickstarter campaign is running. The most recent addition to the game is a potential frog character! He's a cute little guy, but modeling the frog actually created some additional complications.

Because of the position of his eyes, any hats that he wore would wind up covering them. Up until now, the clothing system was linked to regular bones in the animation skeleton, usually a limb (like the head), or the body. That is to say, for individual characters who might wear something in a different spot, I can't shift where the hat would sit without also moving the head.

To account for this, I added an extra bone that can control hat placement. In this case, I was able to tile the bone back to let the eyes peak out the bottom of hats. 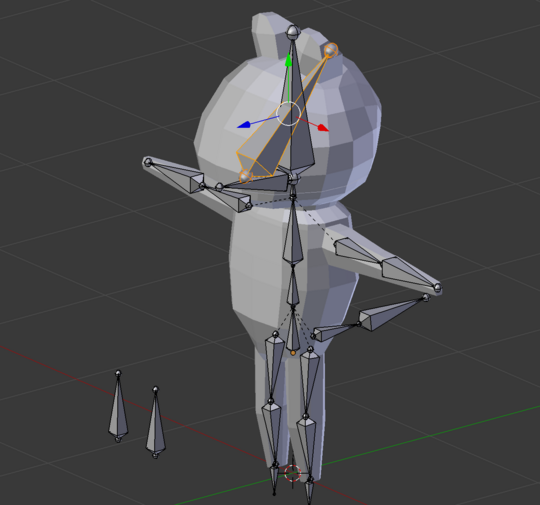 Because all of the characters use the same animation controller, this meant that I actually had to go back and add this bone to the skeletons of the other characters in order for the clothes to display properly. Oops! It's better to catch something like this early on when there are only a few characters to worry about, rather than having to go back and fix every model that will appear in the game. 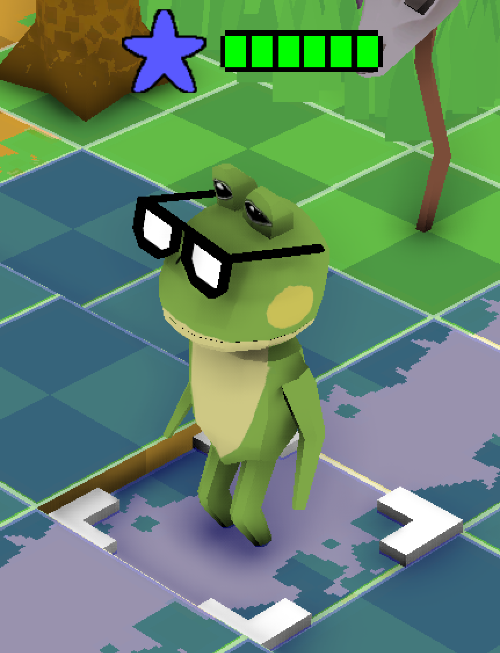 In other news, a couple bugs have been fixed in the demo. If you had used the mouse to control the equipment screen, you might have noticed some funky behavior that was a result of a script I added to fix unity's own funky default button highlighting behavior. This has been fixed so that it now behaves as intended. You can download the latest version of the demo here:

And finally, I just want to once again thank everyone for supporting the project, sharing it with your friends, and helping to make this a reality!

Visit the Kickstarter campaign to support the development of Wolf Gang!