A huge amount of work is going into Twisted Insurrection's upcoming Public Beta 3. Check out this update for a glance of what is new and soon to be implemented.

Firstly, I once again apologize for the lack of posts in the public section, but here at Twisted Insurrection, we have all been very busy people. As much as we'd like to work on Twisted Insurrection and release updates every other day, it's physically impossible for us to do so, but like a good blend of Whiskey, Twisted Insurrection gets better with age, so patience is greatly appreciated.

With recent bursts of activity behind the scenes from various members of staff including myself (Aro), Lin Kuei Ominae and ErastusMercy, I am proud to show you some of our latest pieces of work from all new material to re-worked older material.

Lin Kuei Ominae is back to work on the Nod structures, and the wait was well worth-while for our new Nod Technology Center and Nod Helipads, both of which live up to the quality of the rest of the Nod structures currently in Twisted Insurrection, be sure to check them out!

ErastusMercy has been busy in the Nod Voxel department, re-working several of his older pieces and beginning work on some new promising voxels to replace the ugly placeholders. These re-works include an updated version of the Stinger Mobile SAM, Scorpion Light Tank and Inferno Flame Tank. 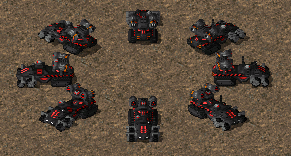 In the mapping department, several of us have been busy working on new maps (several of which have previously been posted for public preview). There is plenty of work being done on the campaign, which we are keeping hidden for now until more work is done and many new multiplayer maps are both in the works and complete. A preview of some of those maps can be found in our Maps forum. 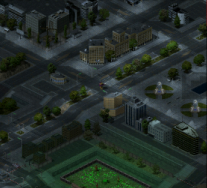 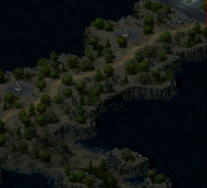 For those of you whom are aware of the mod Tiberian Fall, I'm sorry to announce that it has ceased production, but not all is lost as it's leader ZoidZilla has kindly donated several of the assets to be used in Twisted Insurrection, he has also been added to the Twisted Insurrection staff in return. There are multiple discussions occurring in the Staff Forum over how these additions can be added and boosting the gameplay experience without causing any form of balance issues. More information on this will become available at a later date. Here is a preview of a couple of upcoming additions.

That is all I can reveal to the public for now. Unfortunately my own and a fair number of the TI team have our free time being devoured by multiple other tasks to handle, but I'm glad to say that Twisted Insurrection is going stronger than ever and the change-log for the upcoming Public Beta 3 will be an impressive list. Keep your eyes peeled! 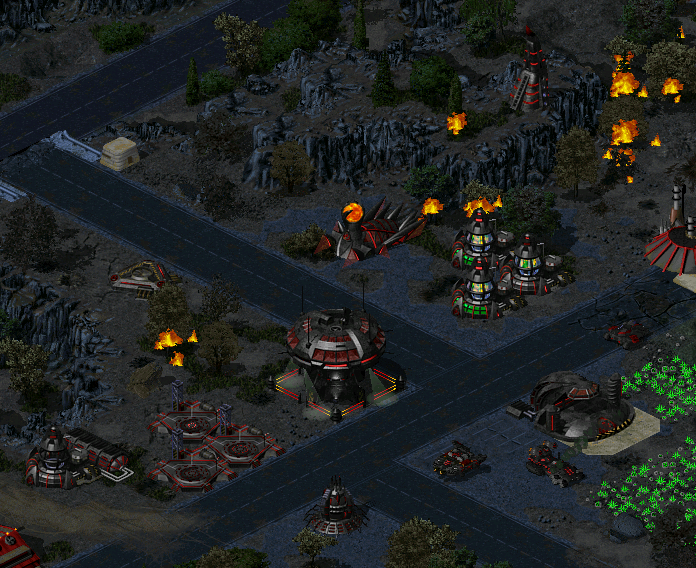 Freaking amazing stuff. Can't wait till the next update.

I was always terrified of running into a stealthed laser fence in the main game...now I can't play against NOD anymore without building a hundred hover radars.

I really LOVE this MOD

your mod is Best

One of the coolest TS-Mods. I'm really looking forward to the new version.

Unfortunately there is actually still quite a lot left to do.
-Refinery
-a better powerplant (the core will change into something like machine city ;) )
-new advanced powerplant (replacing the current placeholder)
-Nod concrete wall
-Laser Fence (except we keep using the mobile web spider, which isn't decided yet)
-Gates
-shockwave emitter
-Hall of Faith (Cyborg factory)
-Repair Bay
-Stealth generator
-Construction Yard
-Flamethrower turret (low priority as only for interior/special missions and not buildable)
-maybe an Aircraft Factory (so the helipad can't produce aircraft anymore, which reduces the fast buildingspeed due to the strong factorybonus and also the cloning of the AI)

On the good side, many of these things are rather easy compared to complex stuff like the temple, tech centre and warfactory.