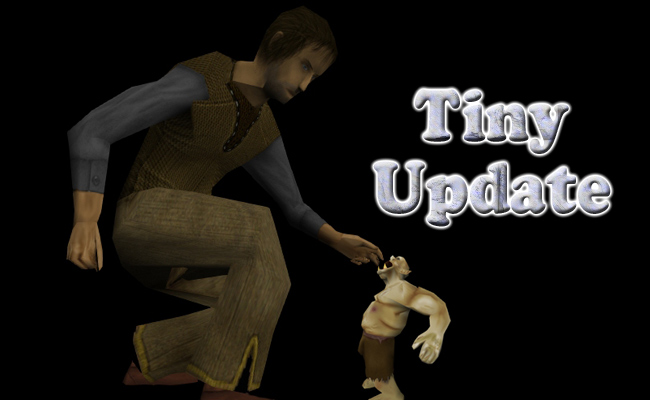 This patch is pretty pathetic, given the delay involved, but hopefully it'll clean the current Steamtastic situation up, fix a few critical issues, and lead to bigger, better, more frequent things.

- Custom scripts and models by Furion, and voice overs by SquareSoftKnight

• RKS servers will be moving to the Steam Pipe version and should show up on the Server Browser
- (Hopefully no other issues crop up with that.)

Mapper Toys
• trigger_teleport's "delay" property now works like a trigger_multiple in that it disables the trigger for seconds before reset.
• Scriptevent ext_teleportfx1 now works for monsters as well
• ext_teleportfx2 - works as ext_teleportfx1 but without the visual effect and a more dramatic audio effect
• Monsters using base_jumper now take "set_no_jump" / "set_jump" as addparams and scriptevents. (Includes newer goblins, among others.)

• The Corrodinator
- First of the contest reskins to finally appear, this helm increases acid/poison DOT duration by 50%
- (rare misc epic)

• monsters/ogre_cave_thug - Cave Ogre Thug* (32x96, 4000hp, ~200dps, orc, hard)
- Large brutish beast with a chain of combo attacks, knock back, and slamming stun.
- More sluggish than most of the cave ogres, and unable to jump.
- Rapid passive regen scales with any hp adjustment (base 20hp/sec).

* Available and tested, but not appearing in this release.