Did you spot them in the truce, or maybe in one of our hints…? Today the ‘ladies of hell’ have arrived… The Highlanders joined the trench warfare!

Did you spot them in the truce, or maybe in one of our hints...? Today the 'ladies of hell' have arrived...The Highlanders joined the trench warfare!

The Scottish were no stranger to war, and when the call to arms came in 1914, a relatively large number of Scottish young men eagerly joined the ranks of the British in Belgium. Wearing their traditional kilts, they performed many aggressive scouting maneuvers, often finding themselves in the thick of savage battles such as Loos and Arras. They suffered a staggering number of casualties as a result, but were nevertheless undeterred and soon earned the nicknamed the “ladies from hell”. 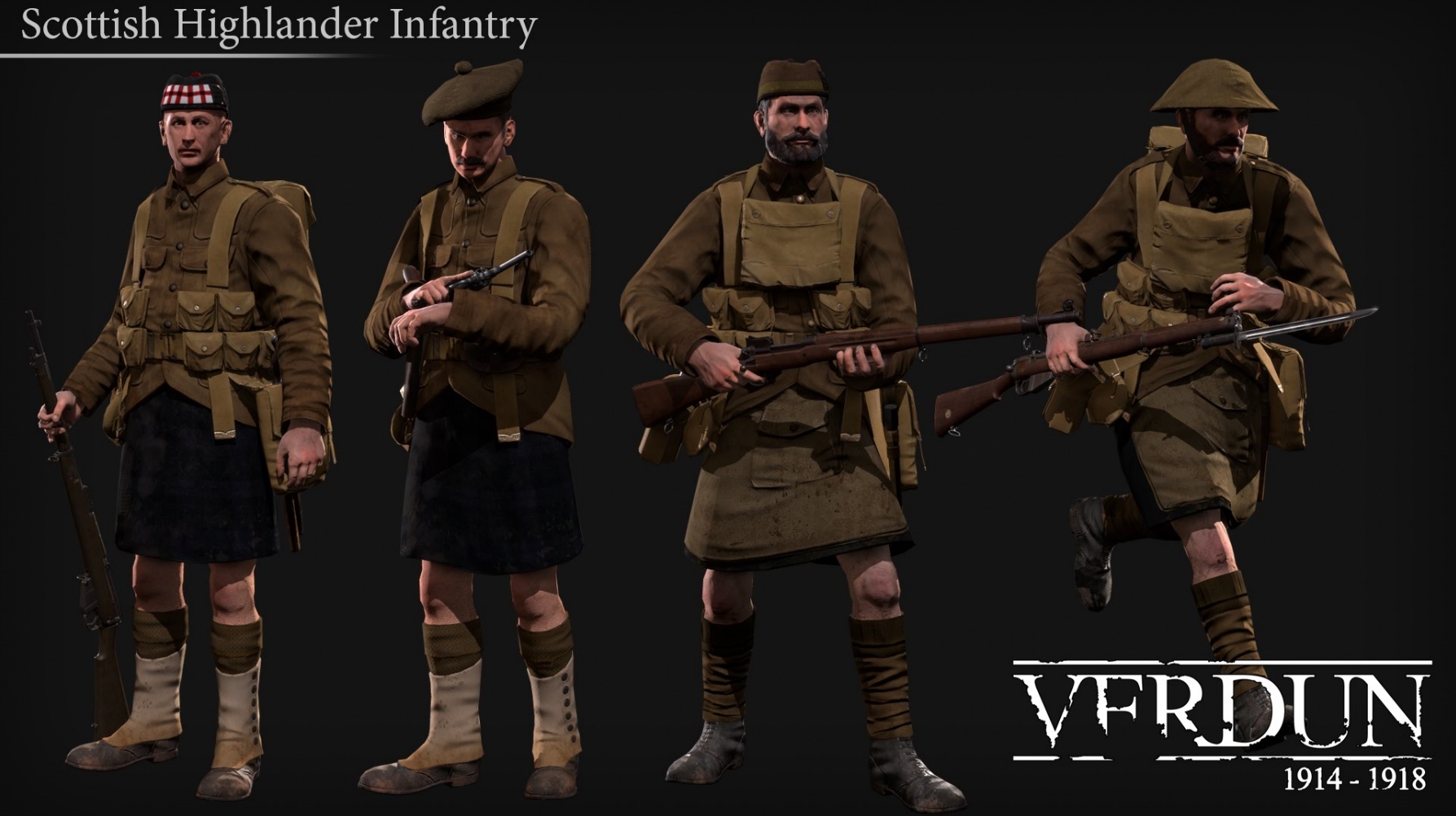 The Scottish squad will perform the role of aggressive scouting in Verdun. They are armed with their distinctive Pattern 1914 Enfield, a five-round “dog-leg” bolt handle rifle ideal for marksmen. This rifle was used in the later years of the war as a designated sniper rifle. The rifle combines the elements of the famous German Mauser, the five-round internal box magazine, with some Lee-Enfield features. Compared to the standard Lee-Enfield, the Pattern 1914 was more accurate and durable, though heavier as well. 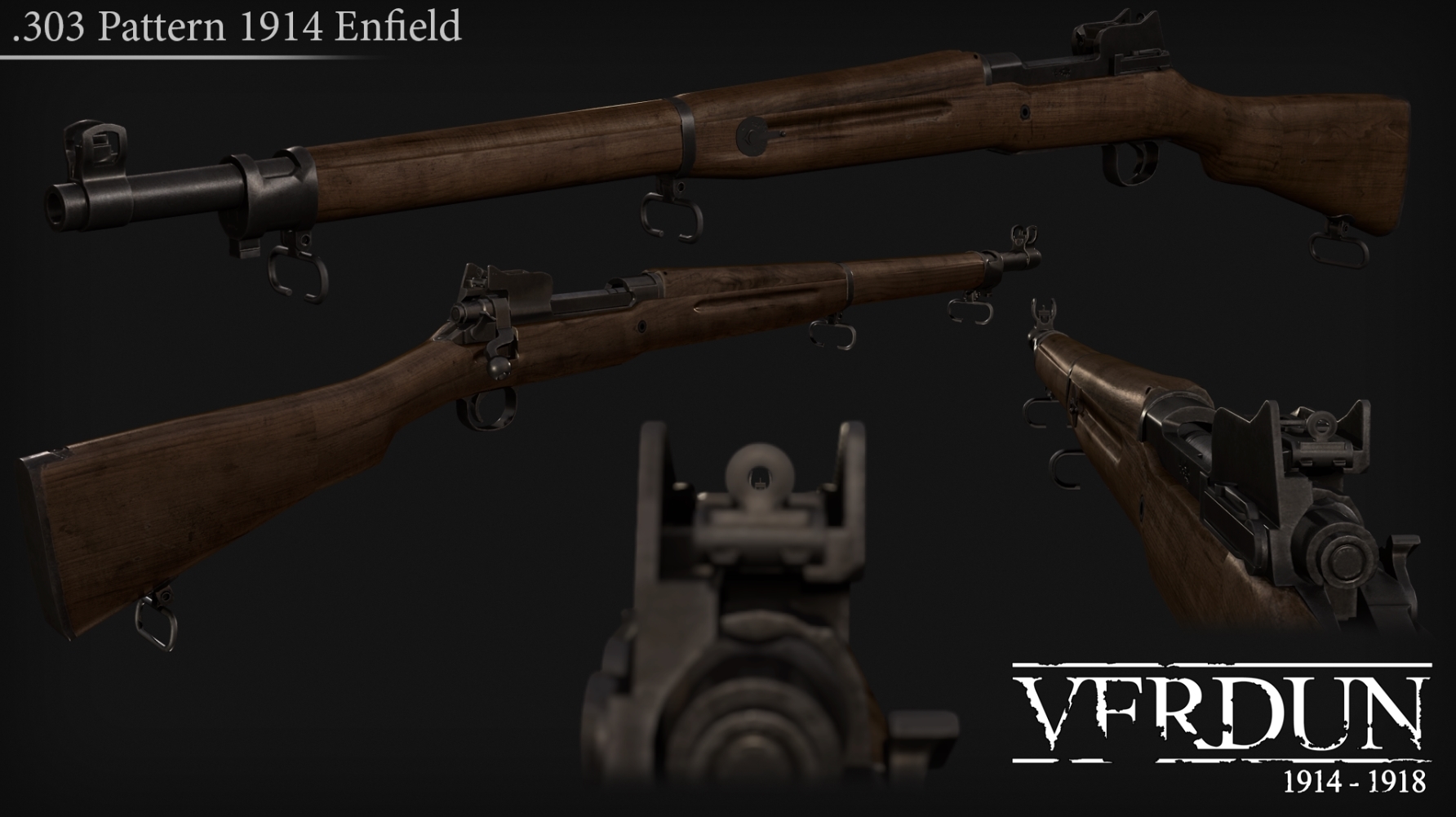 ​​​​​​​The Scottish squad has been added to the game Verdun for free on Steam today and is expected on the PS4 by the end of the month!

Aw, they don't have their pipes.

I believe they had pipes in the camps