Post news RSS It’s been a long, so here’s another update on Enola

A lot of work has been made to the game in the past weeks. We’re mostly changing a lot of visual aspects of the levels that are already available, and not adding any new content at the moment (this means you won’t be seeing a new level any time soon). I decided it was better to focus on what we already have and refine that before we even consider moving on to the next stages of development.

When you play, the first thing you should notice is the pictures on top of the fireplace. These pictures are a small detail that shows the two girls living in that house, and the obvious relationship between them. I plan to have more pictures like this across the game. 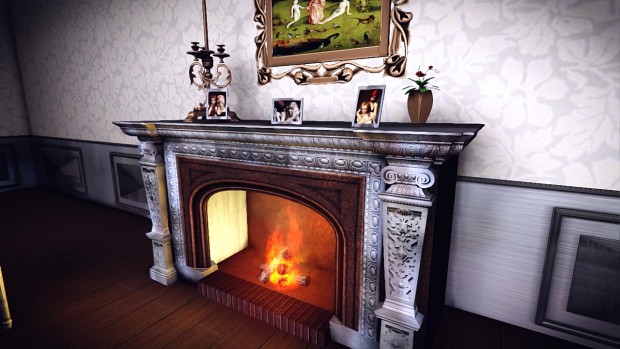 On the island, the first change you will notice is the new big gate. While the model has changed, the basic idea is the same. As you progress in the game, you see parts of the gate unlock. When the entire door is unlocked, you can go through it (what will you find? Nobody knows for sure). 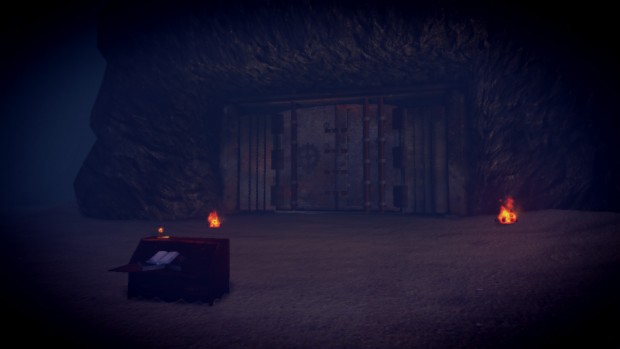 Another very noticeable change is the totem. If you’ve played the game, you have seen the stone totem. To be honest, that totem was not so good, although it was a temporary element anyway. We now have the actual totem that you will see in the game. It’s very different from the stone one, in part because it’s made of metal, but also because this one looks more like a cage. There are some “mechas” trapped inside, the cell bars piercing their bodies and all. Even if they are machines, the sight is somewhat disturbing. 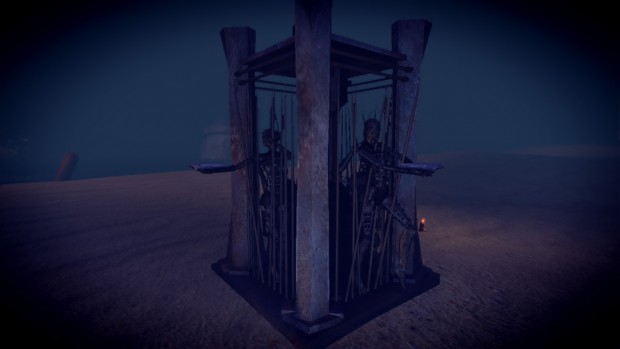 The island is a somewhat desolate place right now, and I figured it needed to be more dynamic. You can find a few machines across the island now. These machines serve to nothing more than bringing more “life” to the environment, since they are all animated. More machines will be added soon-ish. We also added some wind to the island, so now the trees react and move. 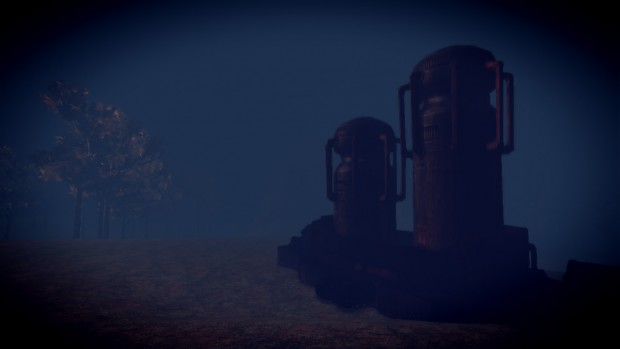 On the far side of the island there’s a weird structure made of different planks or something like that. The idea is that you can use that structure to go from the cemetery to the floating island without having to go around the other side (through the mountains). However, that was a temporary structure, and has now been replaced with a structure that looks more like a building under construction. No need to say that if you fall, you die (and you may find certain things around there that may cause just that). 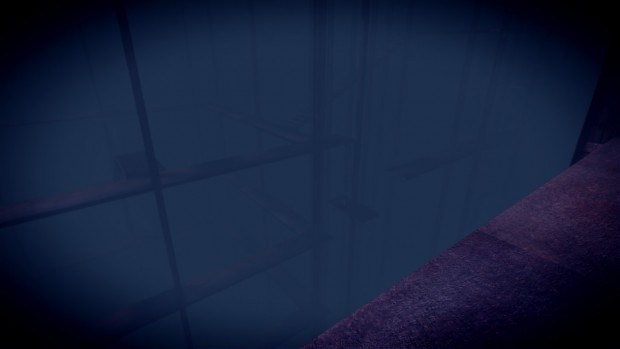 These are some of the changes that have been made so far. The church has gone through A LOT of changes as well, including a new throne area (actually I removed the throne altogether, and added something else in its place).

Enola is taking shape very nicely, and I hope we can release a new update soon, so you can actually experience all these changes (it needs a few more changes and also some new audio content). In the meantime, if you like what you’ve seen so far (not only graphically, but also story-wise), feel free to preorder Enola right now. You can also vote for Enola on Steam Greenlight, for we need them votes.
By the way, if you follow the indie news you already know Linden Labs acquired Desura. I’m hoping finally Desura will get the attention it deserves, because I (personally) think it has the potential to become a really big place for indie games (although I’d love for Indievania to get more attention because games there are DRM free, and all the money goes to the devs).

It is nice to see all the hard work and changes you have out into this game. I haven't played it since a couple updates before this one, and it is so nice to see you just did ANOTHER update a couple days ago :) I am actually going to play the game again , as I think you have offically added enough new stuff that I want to see it all over again. I am also so happy you got Greenlit (if that is the way you would say it in the past tense LOL) because now that the game seems to be much more fine tuned and polished, I think that it will begin to pull much higher ratings. It always surprised me that the ratings were too low for this game (although they have bumped up a bit). I suppose some people have less imagination and need perfection in their environment, and get distracted away from the amazing story (and the fact that they are playing an alpha version of a game) . Enola deserves to be up there with the best games on here, and you guys are taking it in the right direction, to where I think it will finally get the attention it deserves. I'm gonna play again right now-very excited to see the "shadow men, moves," and every other change you have done since that update, because I haven't played since then :) Best of Luck :)