Post news RSS ITE Alpha scheduled for 15th of August - Get your ticket!

Our playground levels for testing basic functions and new features that will appear in "Into the Ice" slowly turn into something we can call a fully functional Alpha. Owners of Into the Dark will get a playable insight on 15th of August.

Yes, we managed to get the freezing & heating system up and running some weeks ago, but this was only one of many steps towards an Alpha cut that would show the new gameplay features. The next thing we tackled (and honestly are still working on) is the AI of allies. While you had two allies in the final fight of "Into the Dark", they were limited to fighting against your foes. This time, we wanted real interaction with your friendly NPC as well as a feeling of "co-op" although it´s AI-controlled. 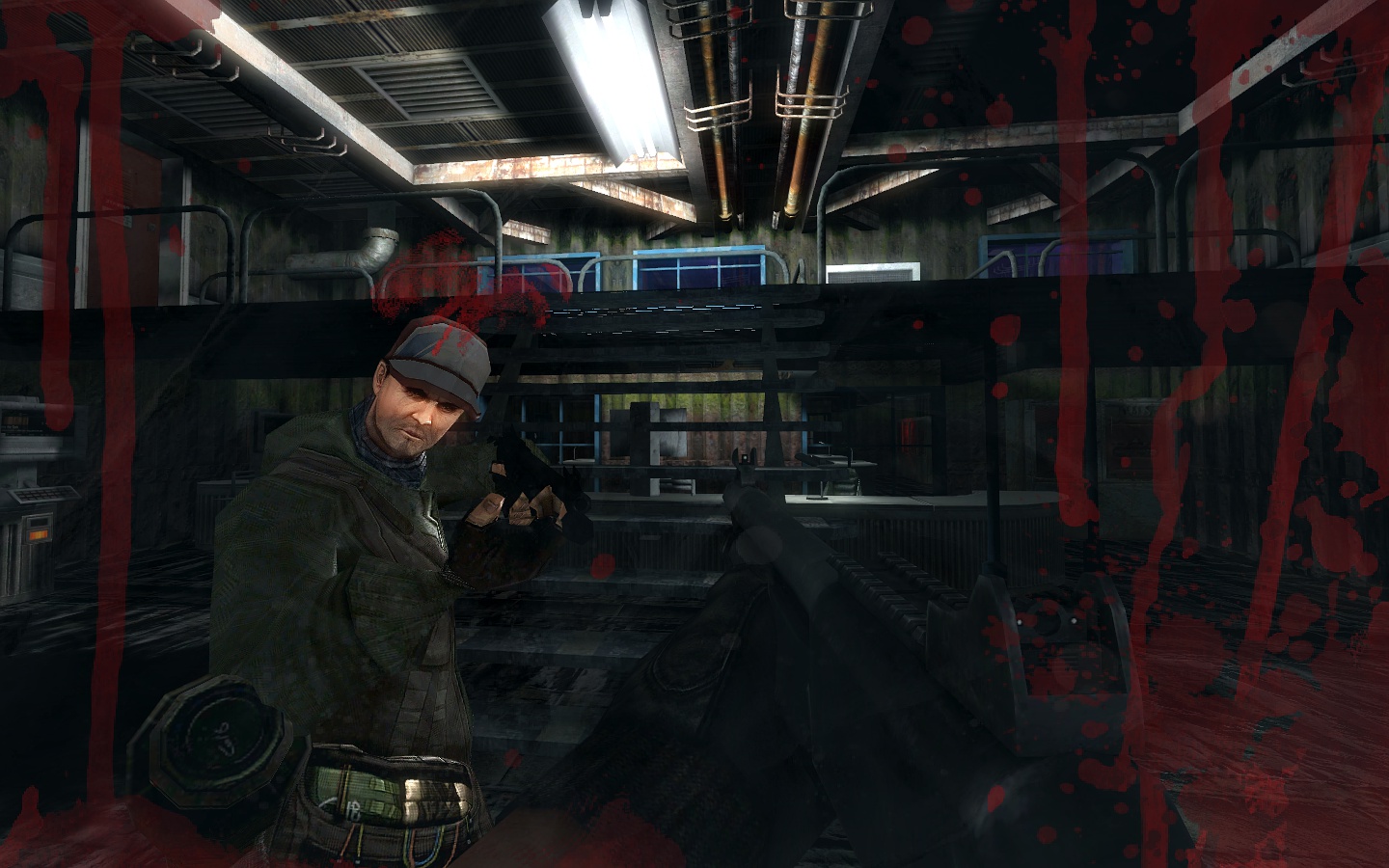 While his name is only an excuse for one of our notorious lame jokes, he gets several IQ points added each day of developement. Wielding his shotgun, he is a valuable fighter - but not limited to that. He can sneak out enemies, operate switches, open doors and basically roam the whole level unless he runs into a door YOU have the key to.

And yesterday we even taught him the proper usage of stairs and lifts, so he will follow on all levels: 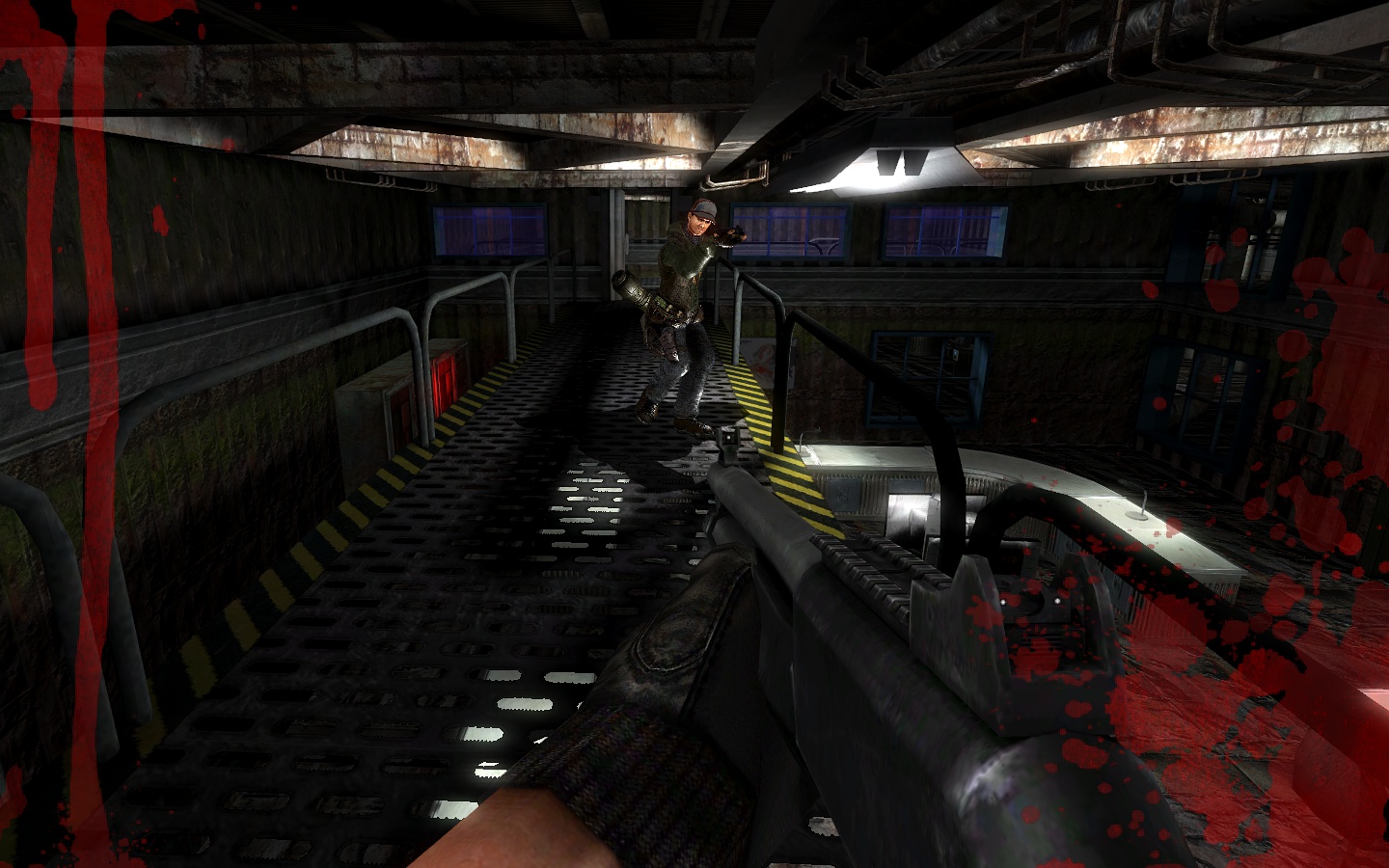 Unfortunately, he is not designed to theat you up when you got frozen. So if your view is like that... 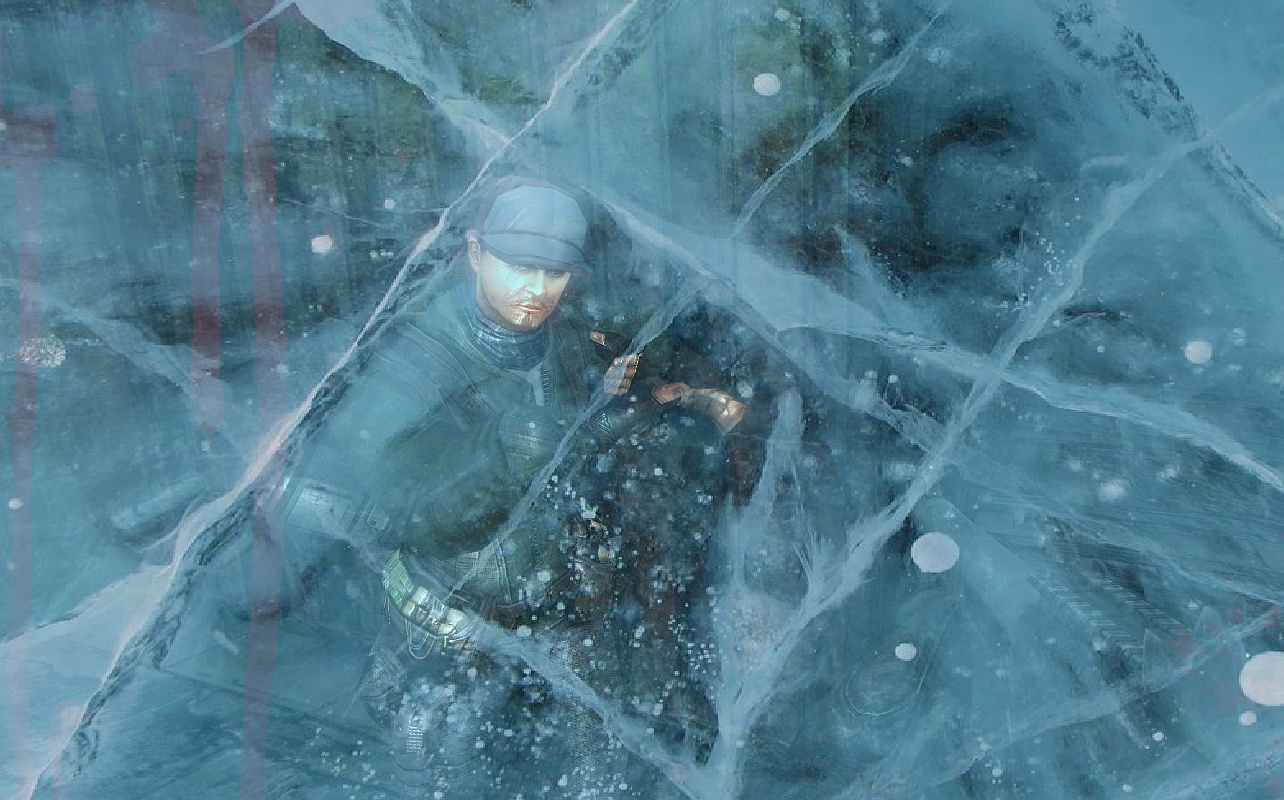 ...you should get to the next source of heat FAST.

And you can do that pretty soon - as we have scheduled a release of the first 2 Alpha levels for our Into the Dark customers. And the date is... *drumroll*

That´s right, untill 15th of Agusut you have the chance to buy a discounted copy of "Into the Dark" in order to get access to "Into the Ice". And as I mistyped the %, it´s even 26% discount ;)

So go on and

LOVE that froozen screen image. This heating system does make me think about that other horror like fpshooter, forgot the name by now. But it was on a ship. Still, it is quit unique because beside that game i wouldn't know any other game that has this.

that said, i do think it is a shame that the player has this friendly AI on his side who fights with him, so you get that co-op feeling as you describe. i know this is quit popular these days in games, but, to be honest, i HATE that! i don't like mp or co-op, am a real sp fan. And therefore i like to play alone in a sp game/mission. And not have a team member on my side who helps me out. Maybe you could add a option to the menu were you can leave him out if the player whishes to do so, or that the player can kill him at the start of a game or level. And should he be needed story wise, or to do some tasks the player can't do like opening doors etc. Then maybe you could think of a system were the player can call him only when needed, and otherwise he keeps back severel meters without joining the fights.
i assume there are more players like me who like "real" sp.
But, this is just my opinion.

Great game, am tracking for quit some time and love it!

Actually, you don´t have to take him with you. As a matter of fact, you are alone by default, but you can recruit him if you want in the second level.

You have a tendency to make really interesting ceilings here :)

thx a lot, I have taken some of the models from k21n that didn´t make it into the first game, as well as the wasteland bunker lib, and retextured the elements to fit into the architecture. The usual flat FPSC ceilings without any 3D details are always something that ruins the mood...