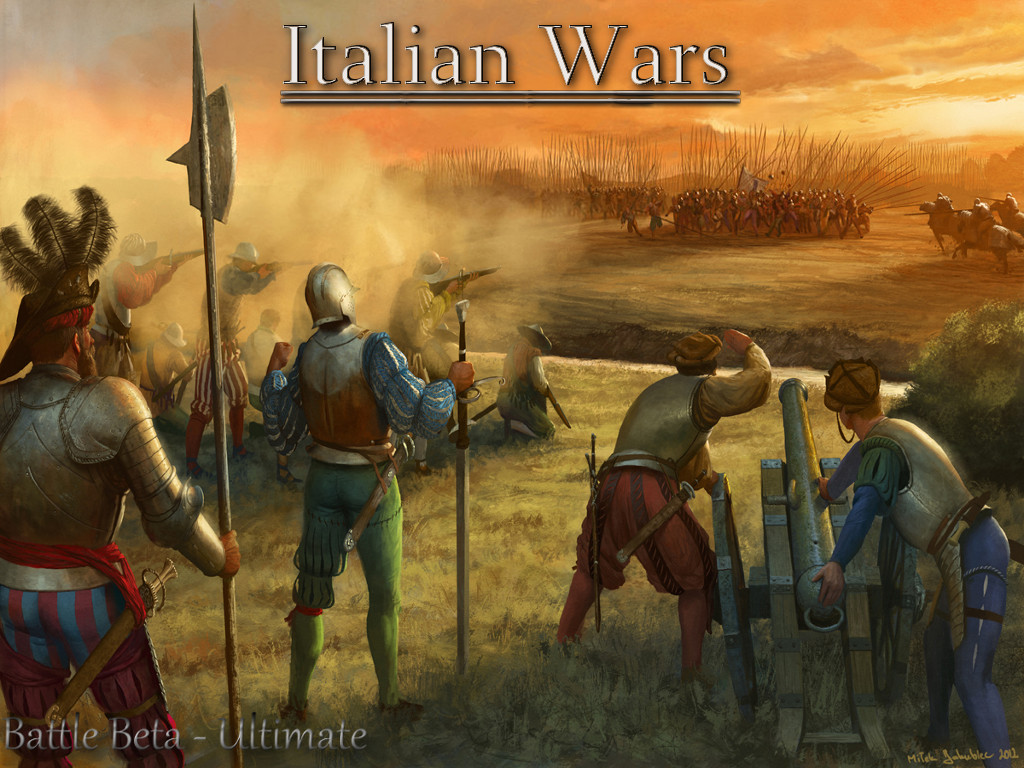 After almost half a year we are happy to celebrate our comeback! This Battle Beta allows you to get a first impression of our future release, Italian Wars - Ultimate. We have added several new factions, along with a complete overhaul of all unit stats. New sounds and music add a completely new feeling and provide you a decent renaissance game play atmosphere.

If you have any problems during installation or bugs please post here:
Bugs & Problems

Special thank's to:
- Vlad Tepes, for allowing me to continue his work
- Monti & Gigantus for answering many, many questions
- Miguel_80 for his continuing support
- Mausolos of Caria for his outstanding help in researching
- ivanhoe95 for his help on researching and creating the new Hungarian roster
- Morifea for his continuing and indispensable support

interested in working on your favourite mod? That is your chance! We have currently a bunch of vacancies, so pluck up your courage and shot us a pm!

In case you haven't got a clue about modding/2D arts, no problem at all, we'd be happy to lend you a hand, so don't be shy!

Scripter:
- We expect you to work on your own and finishing a task in certain amount of time
- You’ll mostly work in the campaing_script file and implement surprises, decisive events or scripts to improve gameplay for the player

Coder:
- Lurking between the Vices & Virtues of TIW, adjusting triggers and entries
- Adding new lurid titles for the campaign or famous persons of the renaissance

3D artist:
- Well, due our humble 3D skills the faction rosters are not that diverse. So if you are able to deal with vertexes and faces, hell, what you are waiting for?

Texter:
- If you are capable of writing accurate and vivid descriptions or thrilling event texts, you fit perfectly for this job.

All the best,
TIW-Modding Team

I thought this was a campaign but it's only a custom battle :(

Well it says in the title battle beta. :)
The campaign will come ;)

Please fix the taxing and the income. in previous campaigns it was imposible to play because of the hy upkeep of troops

I fear we won't change anything about the taxes and income. Except we have to because of our new unit pricing system.
If you have problems to getting ahead, please refer to our Tips & Tricks section on TWC: Twcenter.net