Posted by InterfaceLeader on Jan 9th, 2008

Your country is being invaded by a massive army. This army doesn't care how many casualties it takes, because for every soldier that falls, five more take its place. You fight well, but even your own countrymen are turning against you, and defecting to the enemy. You are forced back to the city-states - immense fortresses that are immediately besieged by the enemy. Each rush must be repelled, each rush more violent and dangerous than the next. There is only one ending to this battle: you cannot survive, but you can force the enemy to commit an atrocity. An atrocity so total that they will lose all support, an atrocity so total that all your countrymen will be outraged and rise up, an atrocity so total that even the enemy soldiers will hate themselves as they move through the rubble that was your last stand.

This is the setting of Iron Grip: Warlord, the first commercial game from Isotx. You play as one of the savagely independent Atelia warriors of Warlord Sahrab's army. Atelia has been invaded by the Confederation, a vast and ruthless army that has prepared the way for its invasion by sending in missionaries to convert the Atelians to the Fahrong cause. Atelia is rich in resources, and both the Confederation - led by the powerful Fahrong nation - and the Rahmos Protectorate know that Atelia would be a key conquest in their power struggles. Atelia itself is a fractured, anarchic country, with divided loyalties. It was Warlord Sahrab who realized that this large scale invasion cannot be resisted until the whole of Atelia unites, and so he engages in this deadly guerrilla warfare, designed to provoke the Confederation into bombarding entire cities.

As a Warlord, you must use all of your skill to defend the city against the Confederate attacks. In an innovative blend of RTS and FPS gameplay, you will employ urban guerrilla tactics to fight off the hordes. You must protect your city at all costs, by building defense structures, setting traps, and taking the enemy on yourself. 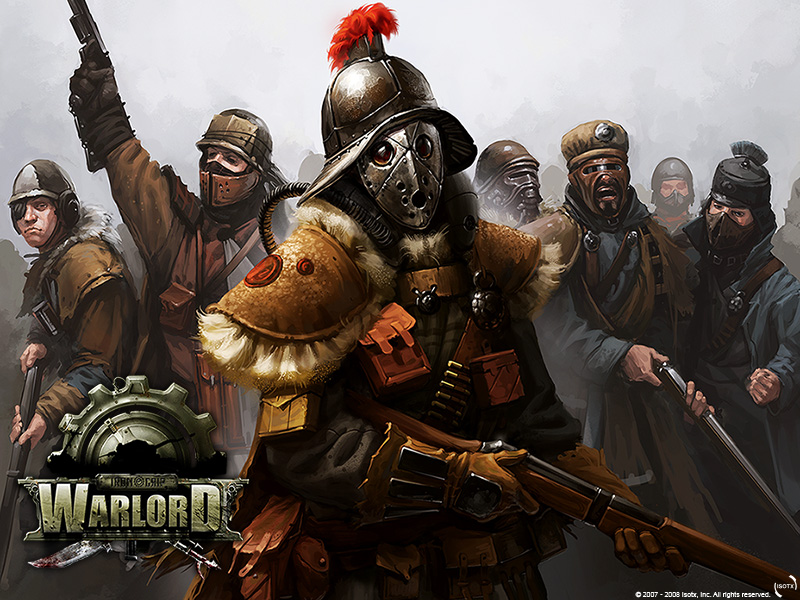 Based on the Quake 3 engine, this project is the latest offering in the Iron Grip Universe. Team Lead and Designer Vincent van Geel states that:

"This game is all about casual fun: low system requirements, small filesize, and cool gameplay. We've taken the popular "Art of Defense" genre, and put a whole new spin on it."

The game itself will be available to purchase from the Warlord's website, and through CrosuS. It will be released early February. Meanwhile you can see concept artwork, background stories, download wallpaper and explore the Universe at Igwarlord.com<.

About time IG got a full blown game! :)

Good to see you guys stayed with your interesting game universe!

It's an indie game, lots of indie games go commercial

Welcome Warlords. ;) But you need to add id-Tech3 as related engine, not the Quake Engine. Cannot wait to see some ingame screenies.

That was my fault :3 I didn't actually realise Quake 3 went by the name of id Tech 3.

Screenshots should be coming soon I hope!

Did you guys license the engine?

Why should a commercial game get free publicity?

If I have the money when its out; I'll be sure to pick myself up a copy :). Exceptional for an indie project.

So, does this mean that development on the IG mod for HL2 will stop?

Nope :) IG: The Oppression is still being worked on!

wow you guys have certainly nailed the graphics. whoever you have designing they sure are talented

You made it look better then the Quake 3 engine?

Why launch a fancy website without (ingame) media of any kind?

Sweet! I wish you all the best of luck. I certainly will be a proud customer!

I ask the same question that dar_ asks, what will happen to Iron Grip: The Oppression?

I'm guessing it will be discontinued much like Red Orchestra and GMod were when they went commercial. I don't think this is a bad thing because the mod will always be there, and generally due to a game being a commercial entity the community will end up super strong and the quality will only get significantly better.

Having said all this I cannot speak for ISOTX, just making assumptions ;)

I read on their forums that 1.5 is still being worked on:

Hey guys :D Thanks for the feedback :) We'll be releasing ingame shots asap!
As for Iron Grip: The Oppression, we're not going to discontinue it! In fact we're also not far off from a new release. It took so long because we decided to do a complete rewrite of the code, which was a bit messy, and on top of that are implementing a bunch of new features, smoother UI and controls.

Sweet. Can't wait. Well, I wish you guys the best of luck in all your endeavors.

In Iron Grip the Opression you faced Rahmos now in Warlord you face Fahrong. Hahahaha! More butts to kick of the face of the universe and if you see Sjah Nezar tell him I said f... you!

If anything could ever look more awesome, I wouldn't want to see it for fear of my head exploding.

But just one Q - so you can't play as the Rahmos at all? I really liked the RTS side of Iron Grip... I was the best evar at it.

Nobody is playing the mod.
So,why bother working on actual game?

Warlord is designed with singleplayer in mind, with multiplayer as an option, wheras The Oppression was purely multiplayer.

Because it's a different play style completely, The Oppression is RTS vs FPS. Warlord is Hero Siege fused with Tower Defence.

Tech 3 is an interesting choice of development platform - any particular reason why it was chosen?

good luck guys ! love the presentation and style u guys have :) and the source mod was v nicely done too ! lookin forward to it

i'm just a little disappointed that this game wont be free :(
still, great to see this coming out! hl2 mod was great!

OoooooOO Rise of Legends type people and weapons? I like where this is going.....