A look at everything that has been added since the last demo was released, and an update on the next demo.

This is just a "brief" collective update on everything that has been added to the project since the last demo, and also some news on the next demo.

Certain props can now catch fire. There are also a bunch of new debris effects and some more subtle changes have been made to the way particles handle velocity. 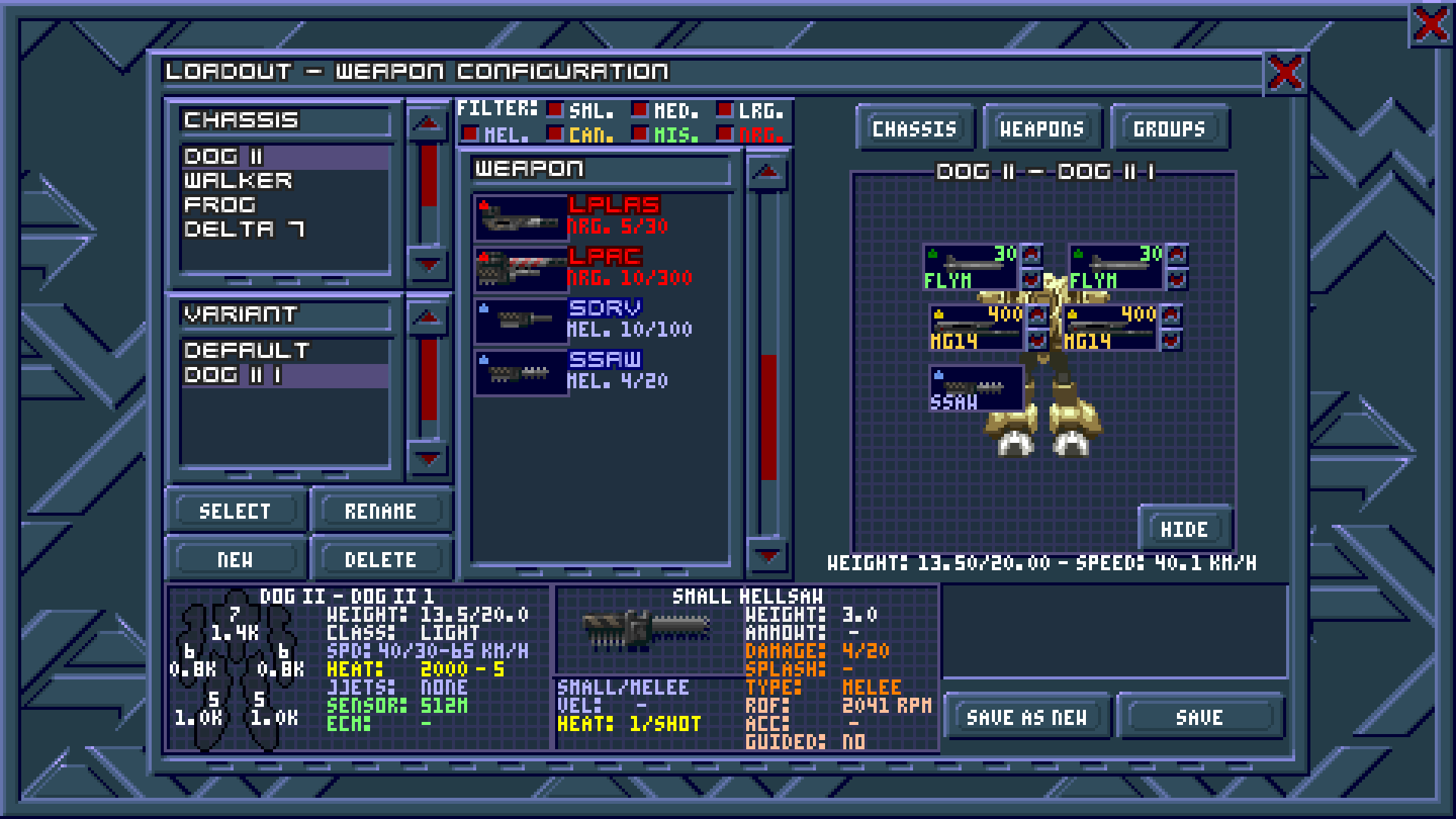 A new class of weapon has been added. These close range options can only go into specific melee slots, and not every mech will have such a slot. 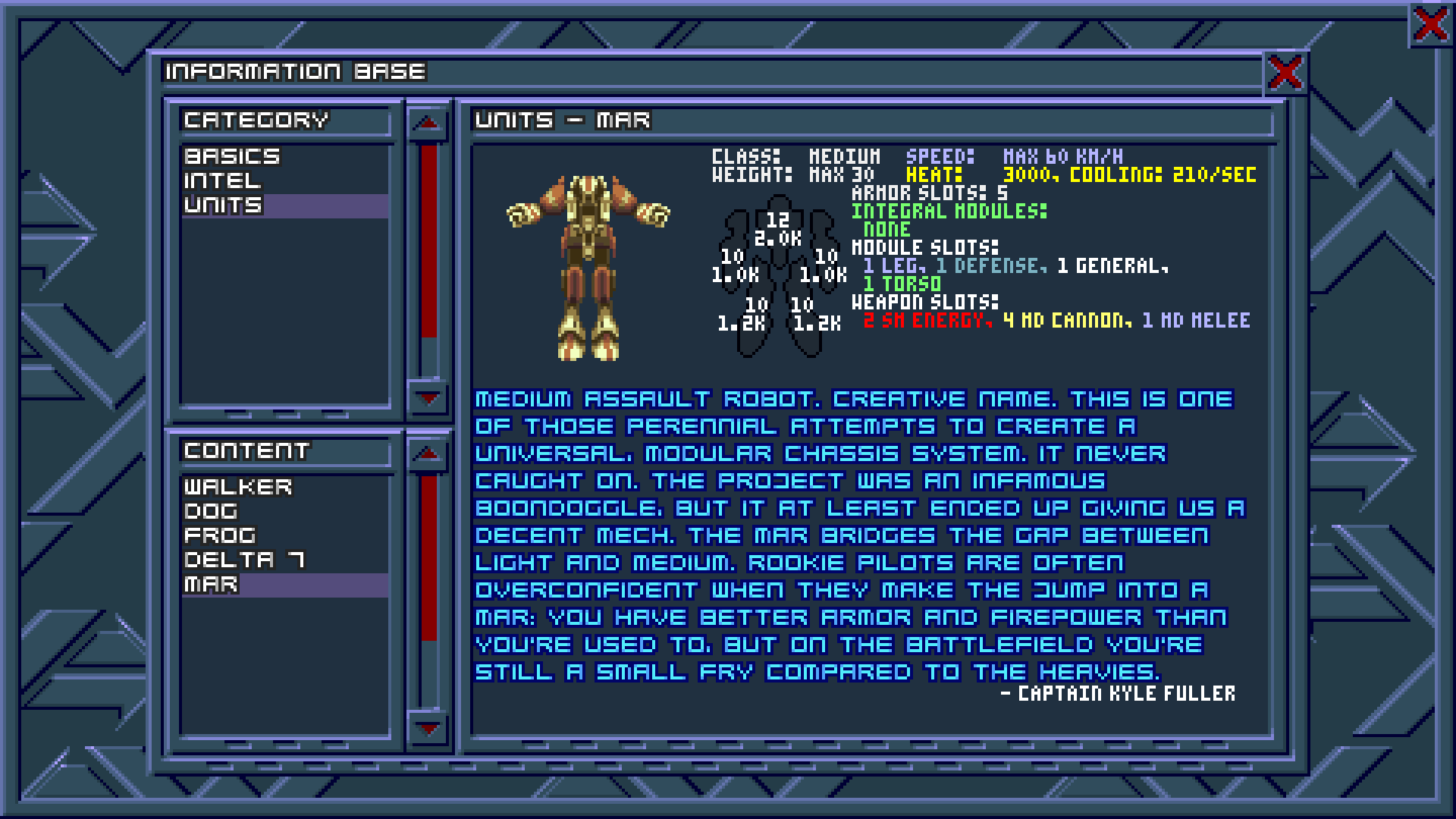 Every mech now has an entry in the infobase, so you can read up on its stats and get a little lore snipped if you want. Speaking of mechs:

New Mechs With A New Palette: 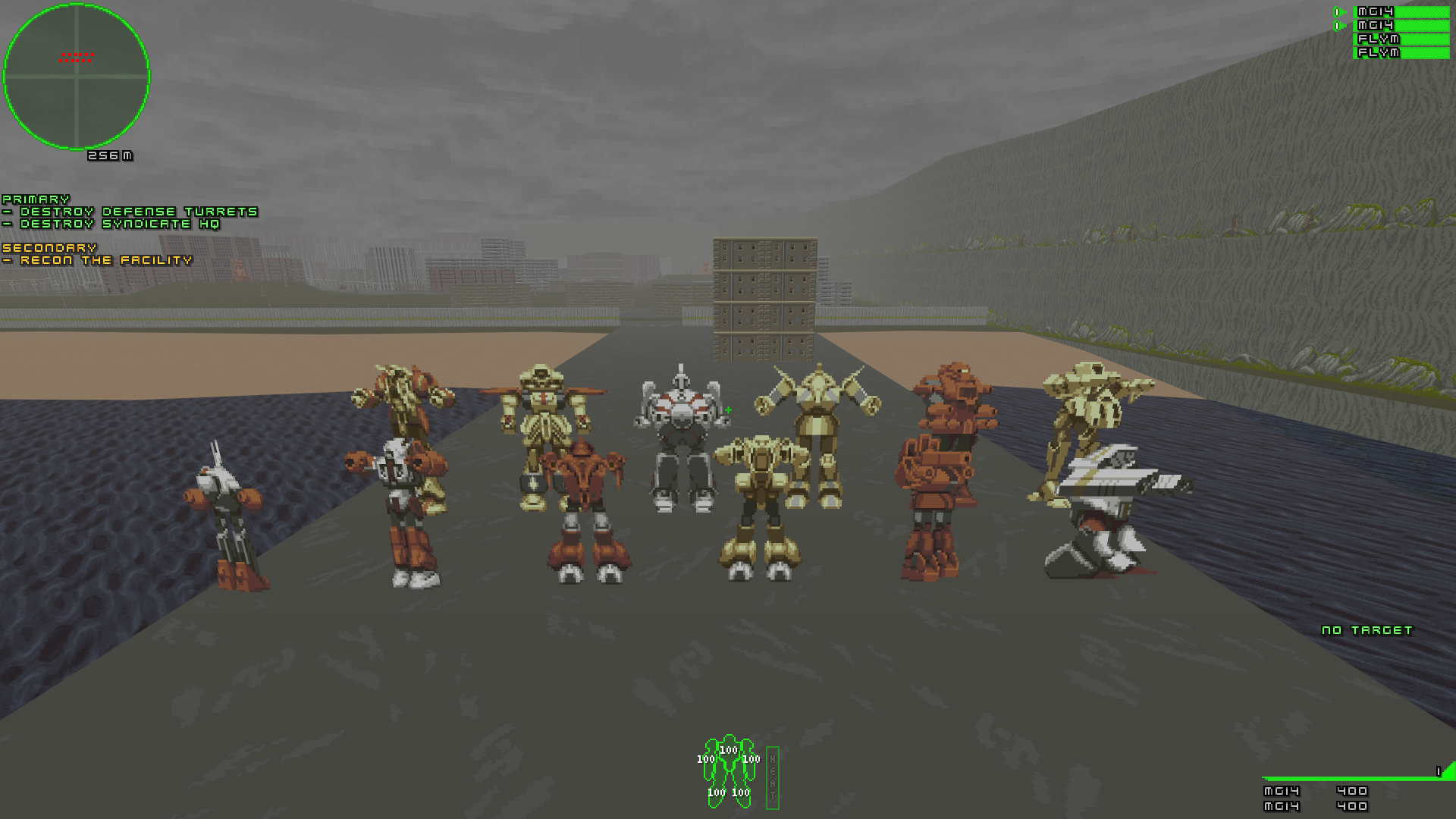 8 new mechs have been added for both the player and AI, bringing the total up to 12. These have been reexported in a new, much more vibrant palette. They stand out more clearly now. 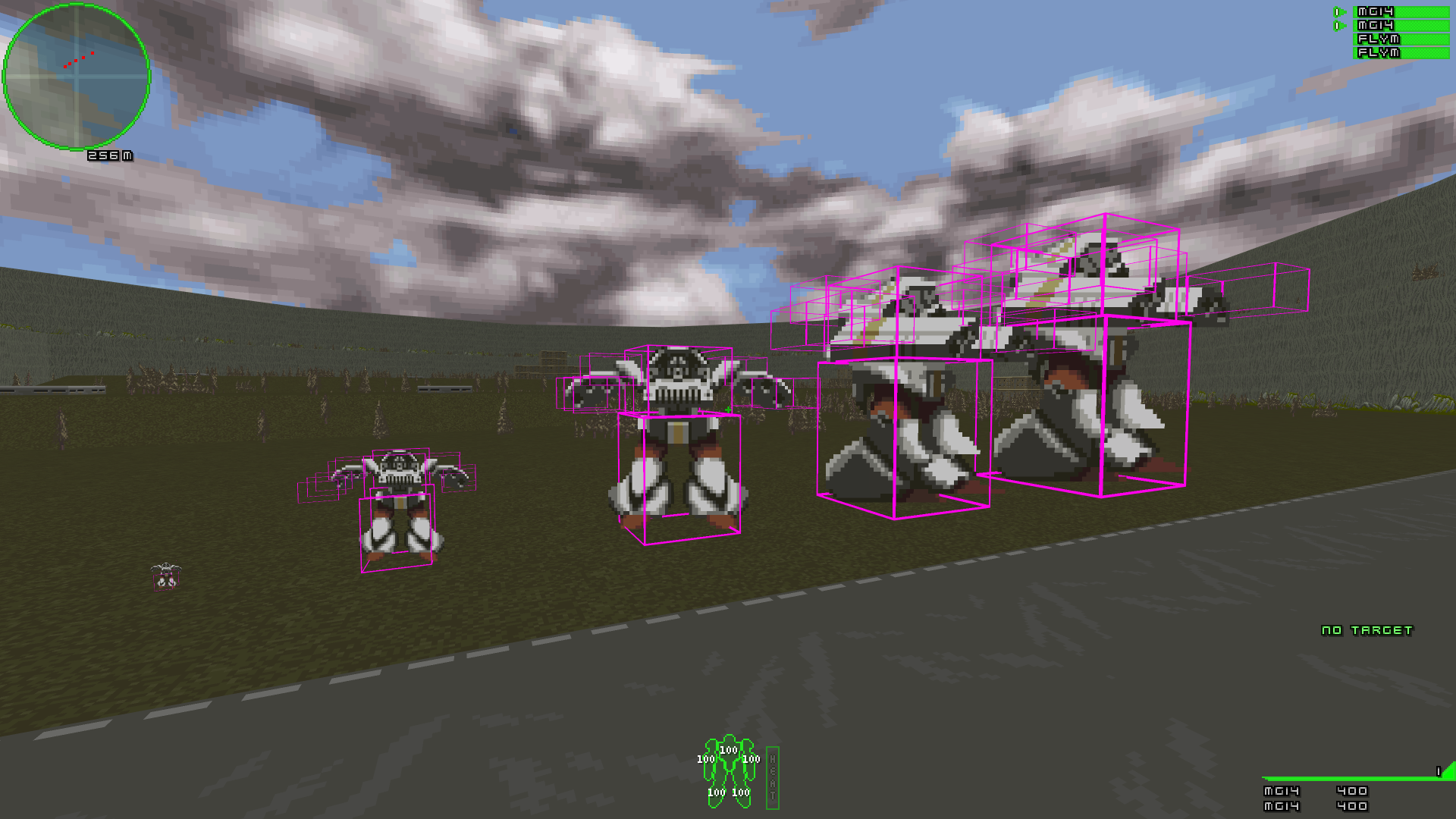 NPCs can now be scaled to arbitrary sizes and remain fully functional. In practical terms this just means there will be more of an apparent size difference between a light, medium and heavy mech. 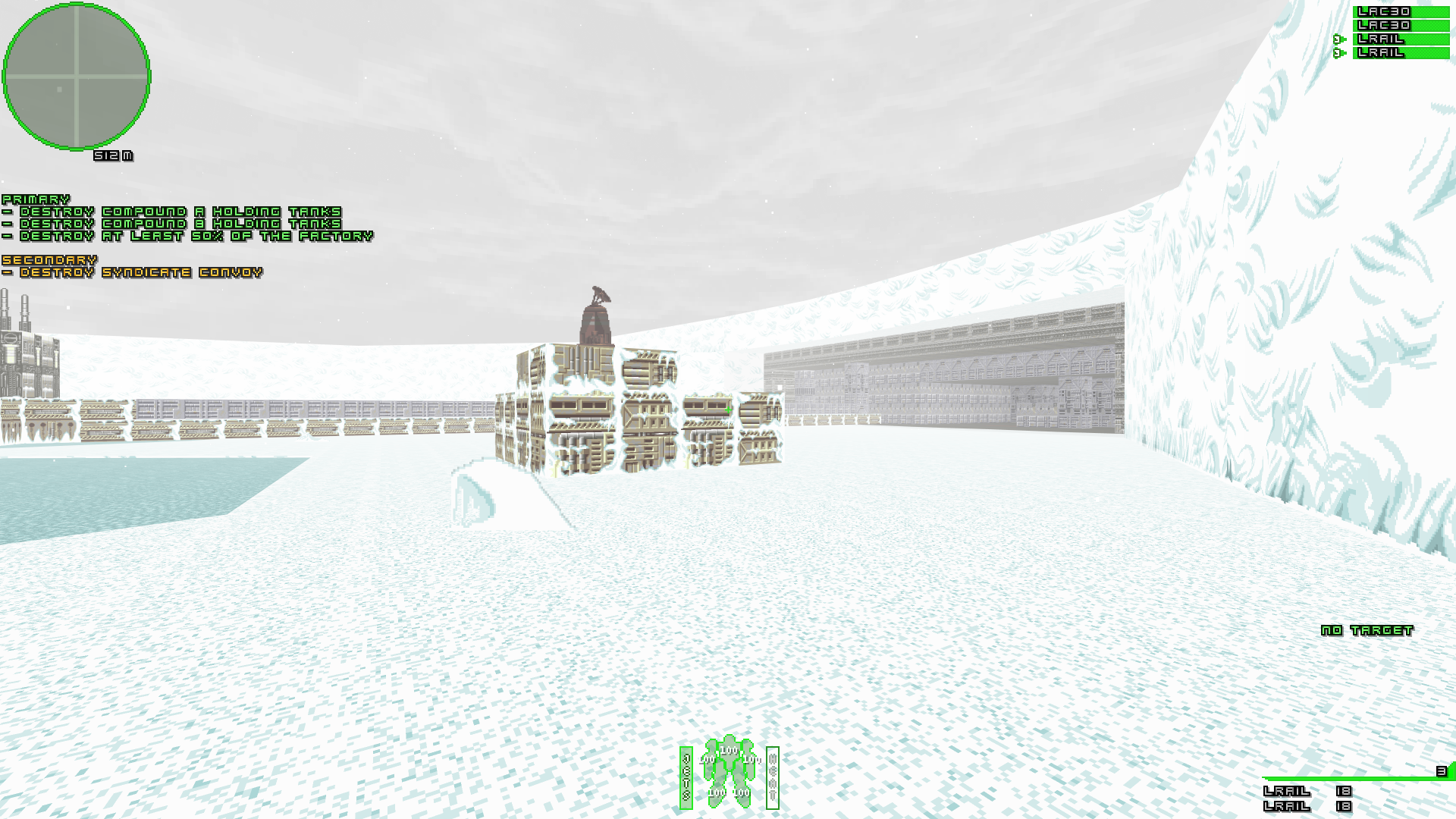 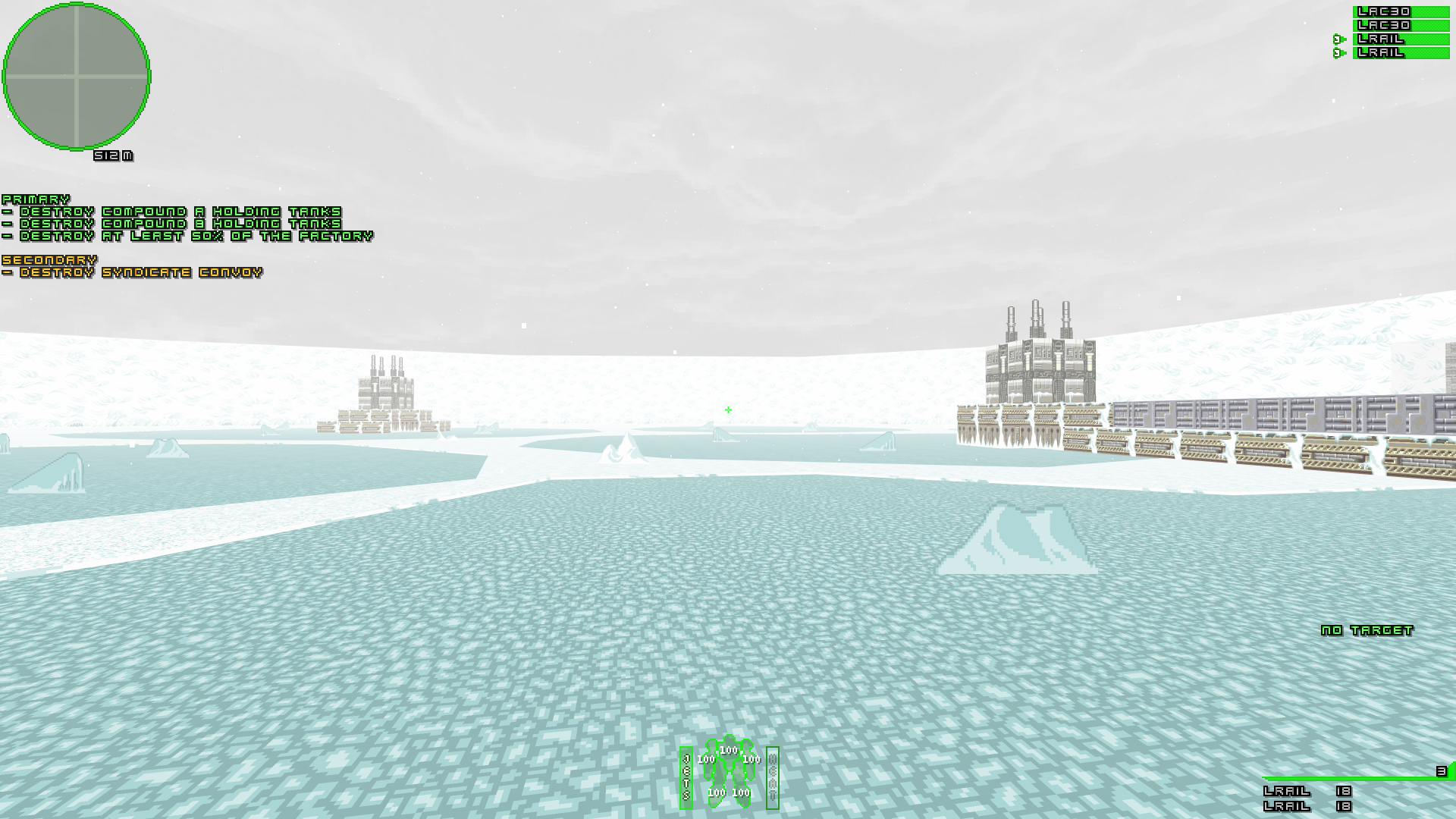 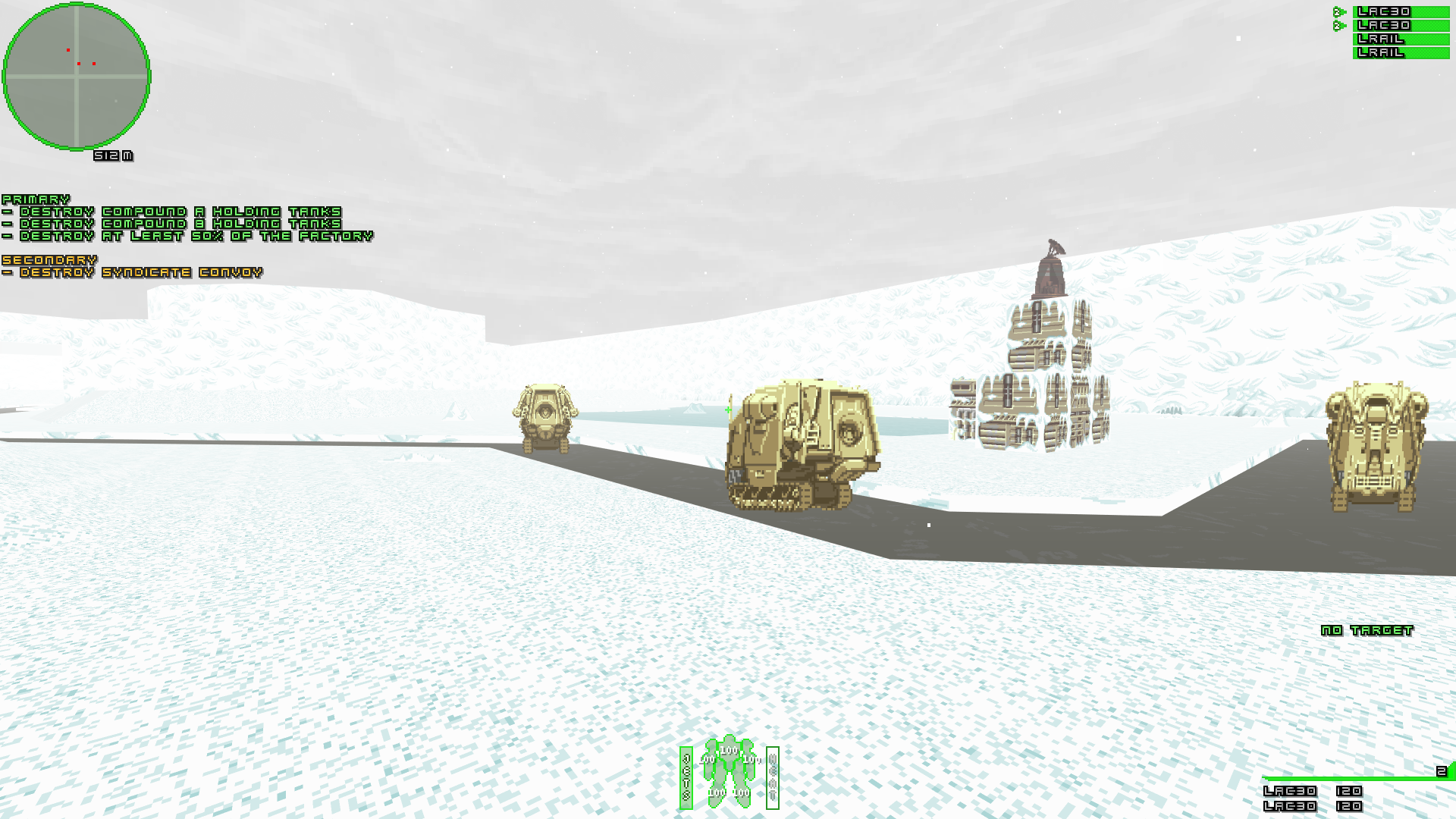 A good deal of the art for the arctic is done, and the foundations for the first mission have been put down. The vehicle you see there in the last shot is a new one, a heavy armored transport you'll be seeing in some convoy ambush type missions. Don't worry: as long as I draw breath I will never inflict a convoy escort mission on you. That's the ReformedJoe Guarantee (tm).

Other Stuff and The Next Demo

Initially I was going to roll out a new version of the demo with the new art and various fixes, but I think now I'll wait until the second operation is finished. Demo 2 will be much more substantial and will include most of the stuff I've rambled about here.

You can try the current demo here if you really want to.

So excited for this! ♥