The Ares-class, Starfleet's answer to the Klingon D-6. Built for combat and speed.
This new cruiser can out maneuver most Klingon warships and outgun them as well. Its design elements would later be incorporated into the new next generation heavy cruiser.

Armed with 360 degrees of new Andorian Phasers and 4 forward Photon torpedo launchers this ship cannot be caught with its pants down. Where ever the enemy ship is located it will always have a weapons lock.

Its two large impulse engines located at the back of the saucer and its new thruster assembly ensure the highest speed and best turn rate we have seen in a ship this size. 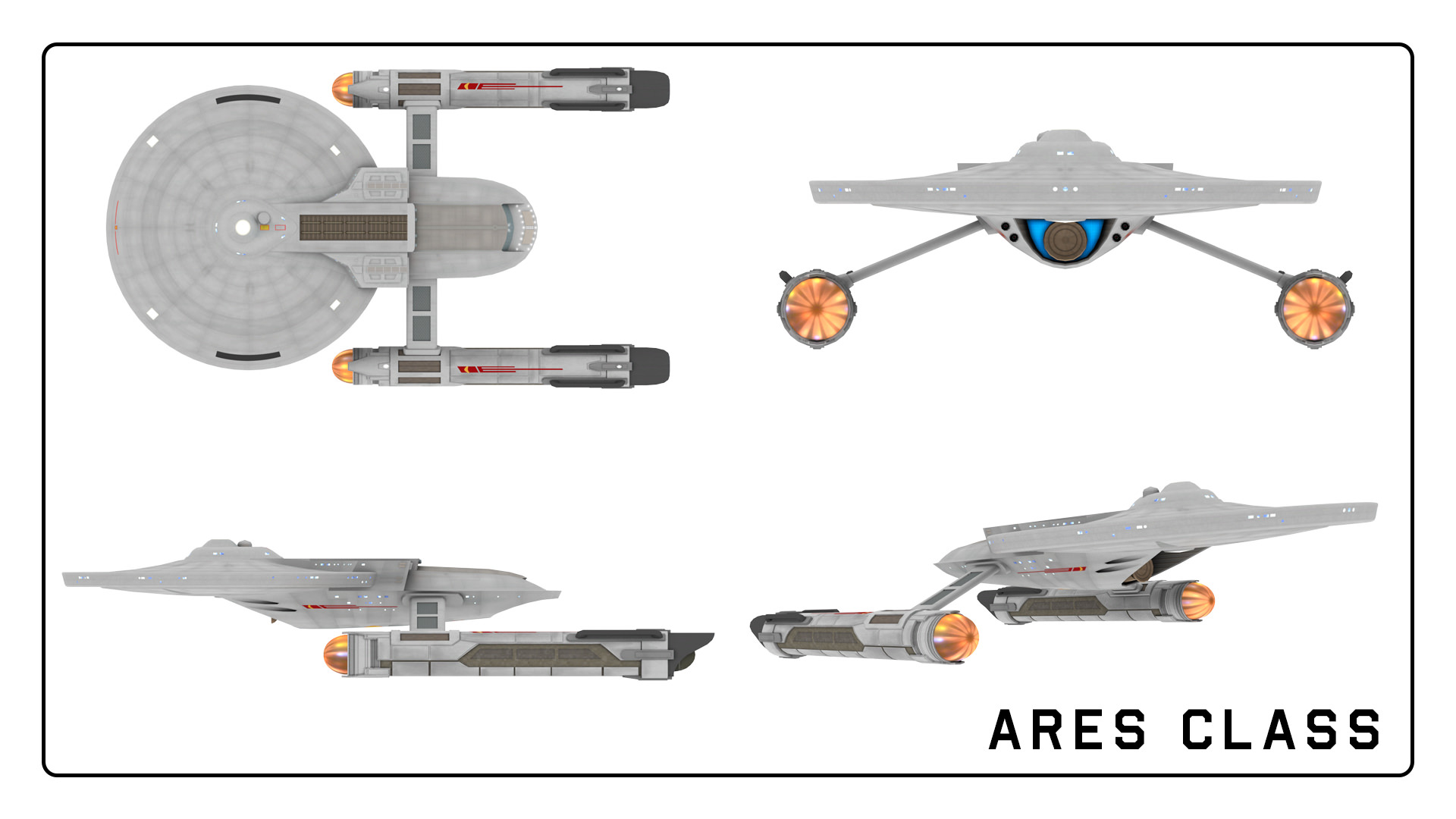 Some of you might have noticed that it looks different then the Ares-class show in Prelude to Axanar.
When we looked at the design we felt that it looked too much like a Movie era vessel, then something designed before TOS.

So we decided to "TOS it up". We replaced the hull pattern with something more like the Constitution-class. The deflector dish was changed to something of a mix between the Consitution-class and the NX-class with the blue glow behind it.

The livery and extra hull marking were also altered to be close to the "Cage" version of the Constitution-class.

I hope you enjoyed this little snippet of what goes on when we design a ship.
If you have any questions or ideas feel free to post them in the comments!

Judging by the size of the shuttle bay of this (gorgeous) pup, I presume she will be carrying 2-3 squadrons?

The dish change is a much welcome change, well done. The movie era dish of the original always bothered me.

Now if only we could pit it against some star destroyers, that would be a beautiful sight to behold!

Fantastic. You've gone and fixed all the nitpicks I had with the original ship. Btw Is Alec Peters aware the mod has been revived?