I just added new particle effects in my Wonderboy-vania game, Cape Bleue. And some new backgrounds and objects.

I'm currently working on a lot of different new stuff in Cape Bleue. Most notably, I worked on UI and engine (saving/loading game, adding loot in inventory, equip it, etc.) and did a lot of debugging.

I can only show you some of the new graphical things (because loading / saving games is a great accomplishment but - sadly - it doesn't make good GIFs): new background houses, new particles and treasure looting. 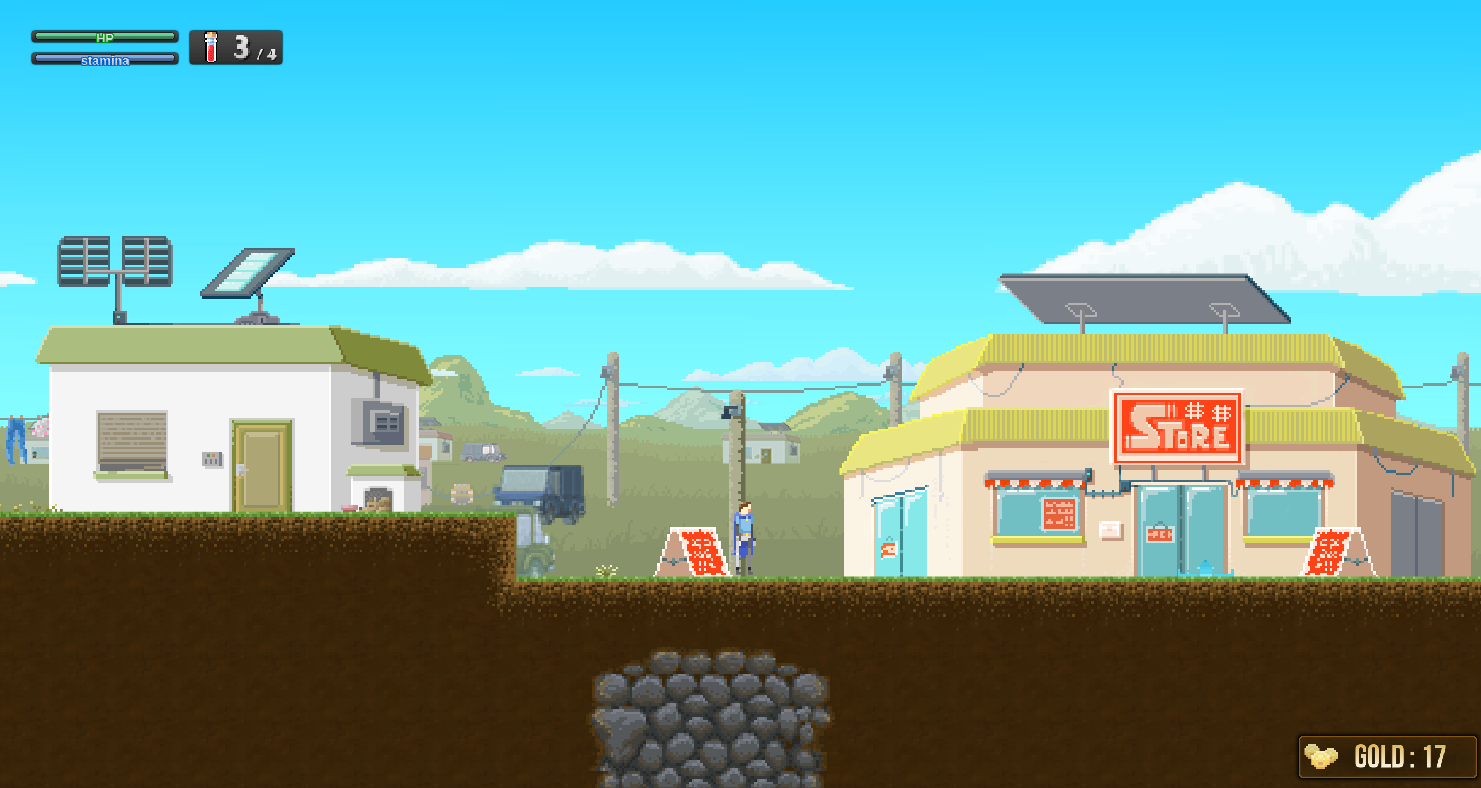 On the Gif below you can see several new particle effects I just added in the game : smoke when player character is running, bigger smoke when a barrel is destroyed, and a gold-dust-like effect when he touches a gold coin.